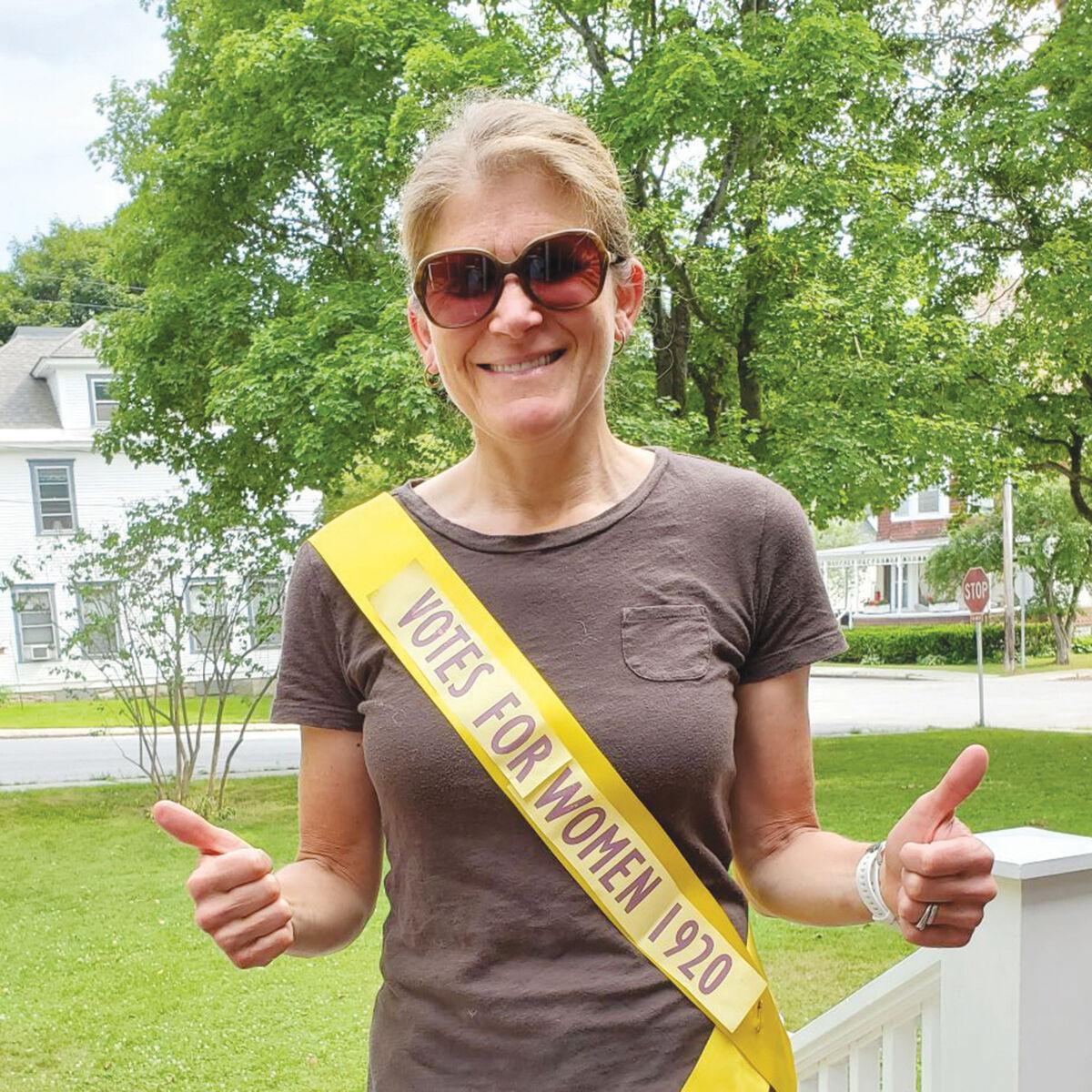 Jenn Gordon, of Montpelier, poses in a prototype of the Suffrage Scramble sash, a final version of which is given to the first 300 participants who sign up for the virtual 5K. 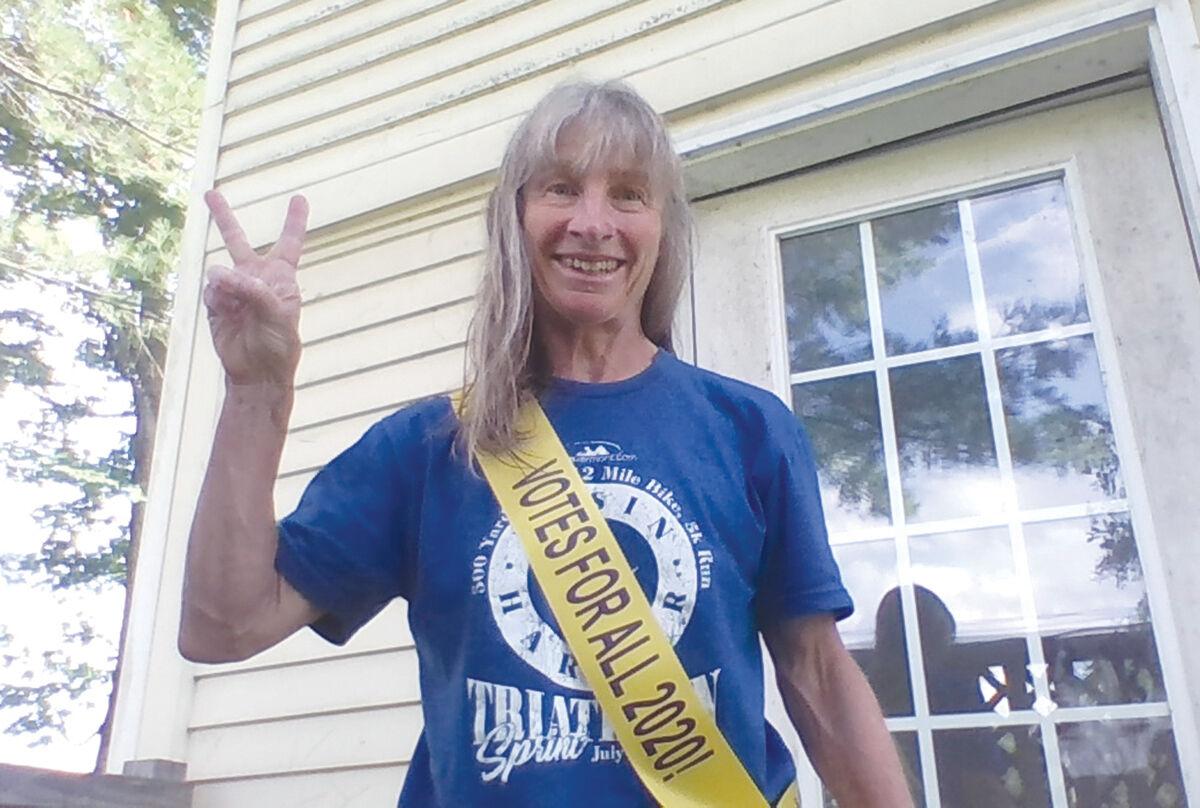 Donna Smyers, one of the event organizers poses in the final version of the sash.

Jenn Gordon, of Montpelier, poses in a prototype of the Suffrage Scramble sash, a final version of which is given to the first 300 participants who sign up for the virtual 5K.

Donna Smyers, one of the event organizers poses in the final version of the sash.

Look out your window from Aug. 8-15 and you might be in for a surprise: runners and walkers decked in “Votes for Women” sashes.

No, your eyes aren’t tricking you, and no, you haven’t gone back in time. The costume is all part of this year’s “Suffrage Scramble,” a statewide virtual 5K commemorating the 100th anniversary of the passage of the 19th Amendment, giving most women the right to vote.

This year also marks 48 years of women’s right to run competitively on school and university teams, through Title IX.

These two milestones together sparked the Suffrage Scramble.

The event was created by Central Vermont Runners in conjunction with the Vermont Suffrage Centennial Alliance. Originally planned as a race to take place in Waterbury, it was adapted to a virtual format to meet COVID-19 safety guidelines. During the 11 days, participants can chart their own course, running or walking their way to meet the 3.1 miles, and logging their time and any race photos on the event website.

The event is designed to heighten Vermonters’ awareness of the suffrage centennial and help them become better educated voters. Proceeds from the run will be donated to the Rutland NAACP to help fund expansion of voter registration, education and access for historically disenfranchised communities of color, according to the race webpage.

Smyers was inspired by her love of running and competing in triathlons, coupled with the importance of the anniversaries, she said.

“I was in high school pre-Title IX and so I did cheerleading and gymnastics because those were the only varsity sports for women. You weren’t allowed to run, even on the men’s team until Title IX at my school,” Smyers said. “I just look at voting and just getting some women in office as something that’s a good thing to be very aware of.”

She’s hopeful the event will inspire Vermonters to become educated voters. and draw attention to the state’s primary election on Aug. 11.

Trina Hosmer, of Stowe, is participating in the virtual run to celebrate the centennial.

While Hosmer was part of a movement that would pave the way for more women to compete at the highest level, she didn’t see it that way.

“You never felt like anything special going through this, you were just going through it. You were doing what you love to do,” she said. “Especially as a cross-country skier or even a runner. It’s such a minor sport here, compared to basketball and all the other things that happened to women with Title IX.”

Hosmer said she wanted to run in the 5K to acknowledge the pioneering work of women who have helped achieve the rights women have today.

She hopes the Suffrage Scramble runners and walkers will keep up the work started by suffragists 100 years ago.

“It’s been a long time, and we’re certainly not on the level of men. But from where I came from, we’ve come a long way,” she said.

As of Aug. 3, about 250 people had signed up for the race. Smyers said organizers were hopeful the event might attract upwards of 300 people.

For more information about the event and to register visit cvrunners.org/cvr-races/suffrage-scramble.

Vermonters can mark the 100th anniversary of women’s right to vote this month in a virtual Suffrage Scramble 5K.