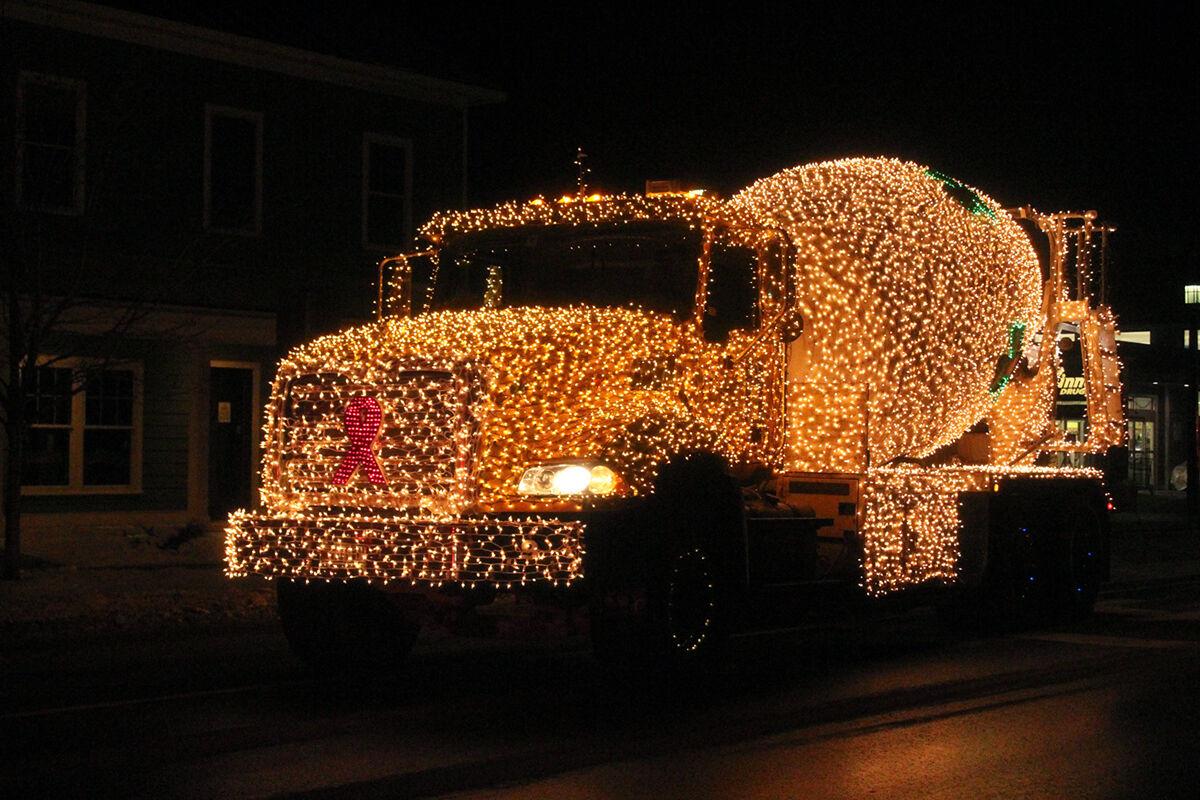 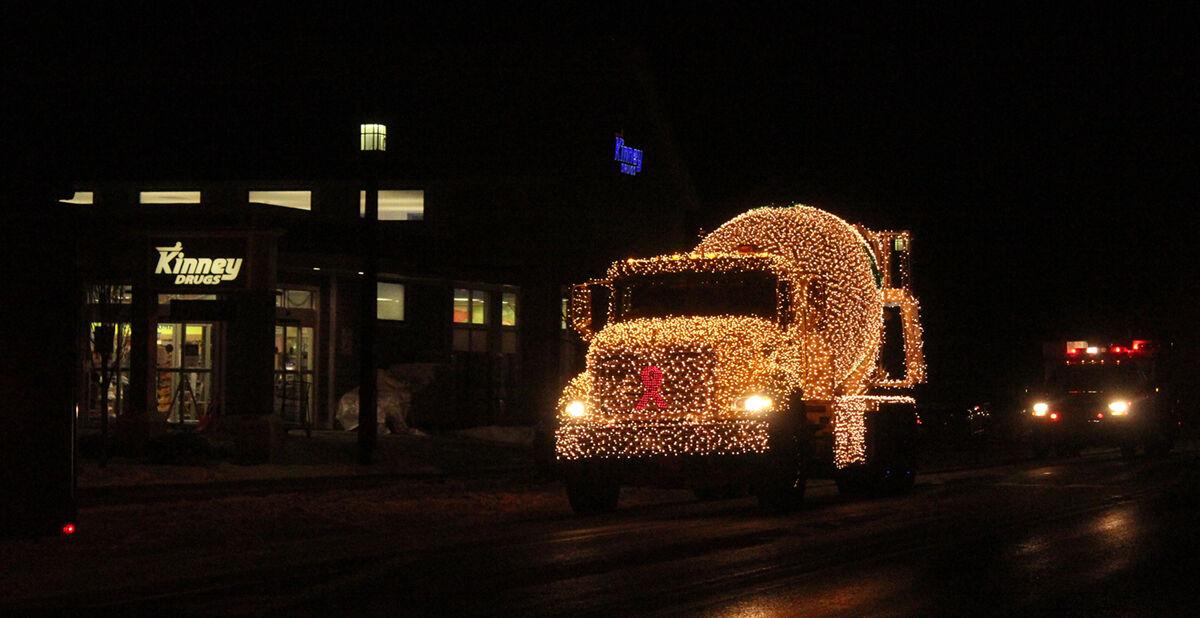 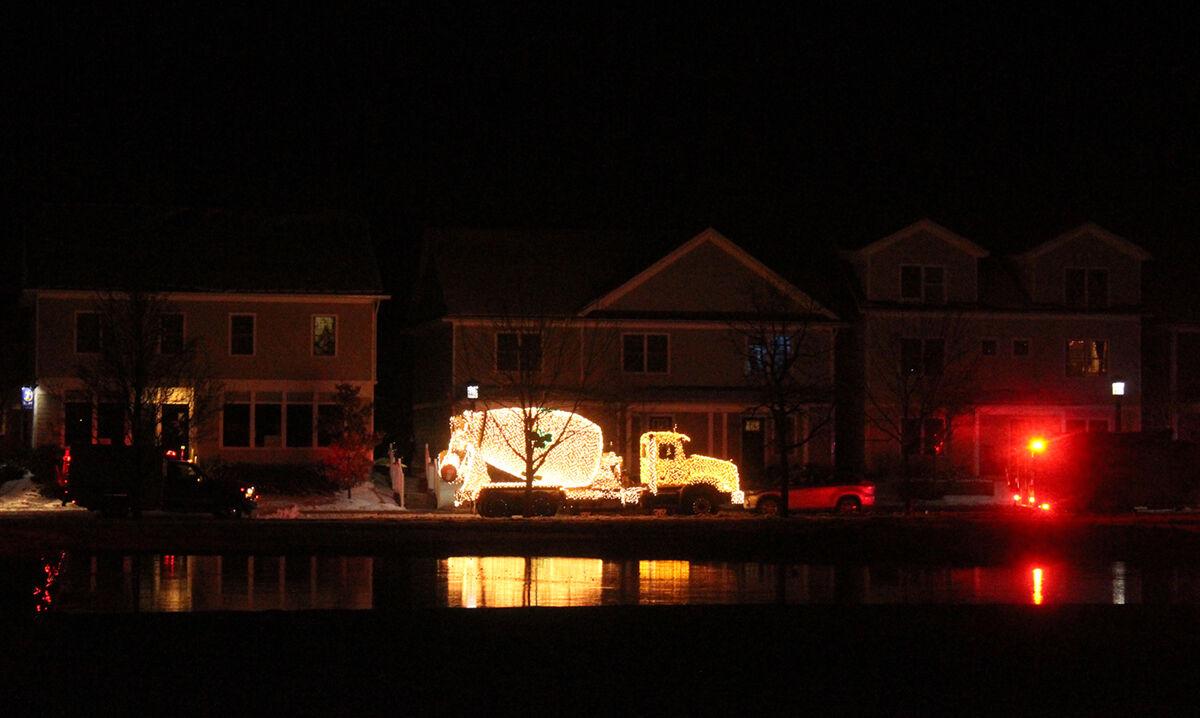 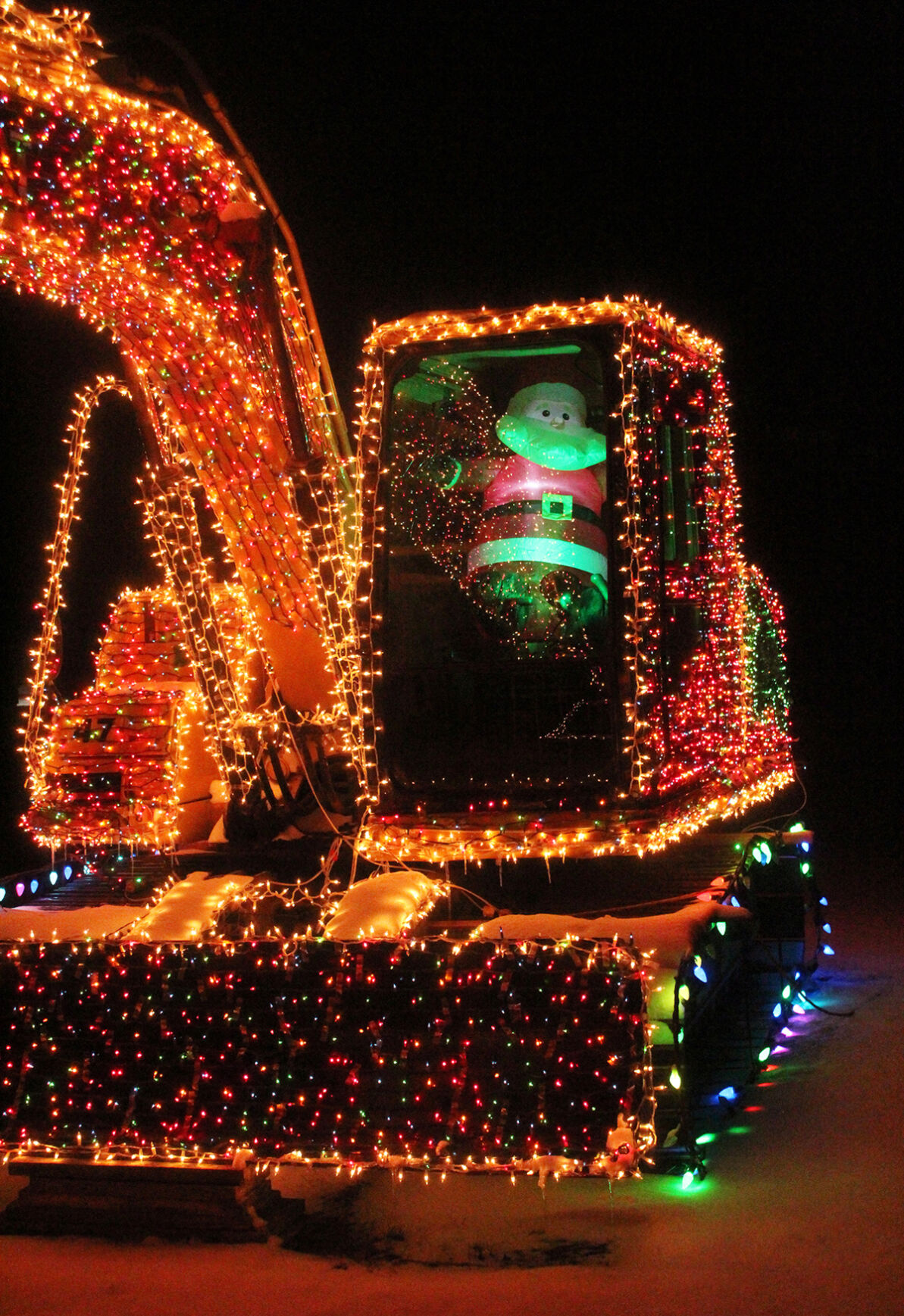 Santa drives a thematically trimmed excavator in front of the S.D. Ireland plant on Industrial Avenue in Williston.

Santa drives a thematically trimmed excavator in front of the S.D. Ireland plant on Industrial Avenue in Williston.

As plant manager for S.D. Ireland, Silloway was overseeing deliveries of concrete — he had 26 trucks traveling back and forth to a pour on North Hero for a new drawbridge.

He was also overseeing deliveries of Christmas cheer. Call it “other duties as assigned.”

Two of the 50 or so S.D. Ireland concrete mixers in the fleet are pulled out of service for about seven weeks every year in November and December.

The chosen two are trimmed with lights and sent out after dark to shine with holiday spirit.

Kim Ireland, vice president of the namesake company, said it takes four or five workers a week to trim one truck with around 35,000 lights. They’ve been doing this since 2004.

Silloway said the lights get electricity from a generator attached to the truck’s frame, but he wouldn’t say how the lights on a revolving mixing drum are wired to it.

“We do a little Christmas magic” was his explanation.

The two trucks make their rounds primarily in Chittenden County, with some forays into Lamoille, during the holidays.

S.D. Ireland also has an excavator in front of its plant on Industrial Avenue and a small mixer at Severance Corners in Colchester, parked and trimmed with lights.

Even though it takes two trucks out of commission for a month and a half, Ireland said they really enjoy the tradition because people love it so much.

The trucks have proved particularly popular this year as stay-home orders rage and COVID-19 dampens cheer at every corner.

“It’s been a weird year because people aren’t having so many events, so more people have a chance to see it,” Ireland said.

Ben Dow, of Williston, said his 83-year-old father called him right after one of the decorated trucks visited his independent living retirement home in Williston.

“People in those places have been locked down since March. All they get is bad news because all day they watch the news. Then they get on their computer and see more bad news,” Dow said.

Dow was so thankful to S.D. Ireland for helping to brighten his father’s day. Ben Dow, Sr., is a retired veterinarian from Putney who moved north in 2015 to be closer to his son. Hip issues make standing up tough.

The younger Ben Dow said his mother always loved Christmas. Since she passed away in 2007, the holidays have been hard for his father.

This year the Dow men can’t do their traditional Saturday shopping together.

The younger Dow said his father and the other older residents of the retirement home are even isolated from each other, and that he was so thankful for the visit that he went by the S.D. Ireland office the next day with a check.

Those funds went into the S.D. Ireland Cancer Research Fund. The company raises about $100,000 a year and has raised more than $5 million for cancer research over the years, Ireland said.

Donations can be made at sdicancerresearch.org.