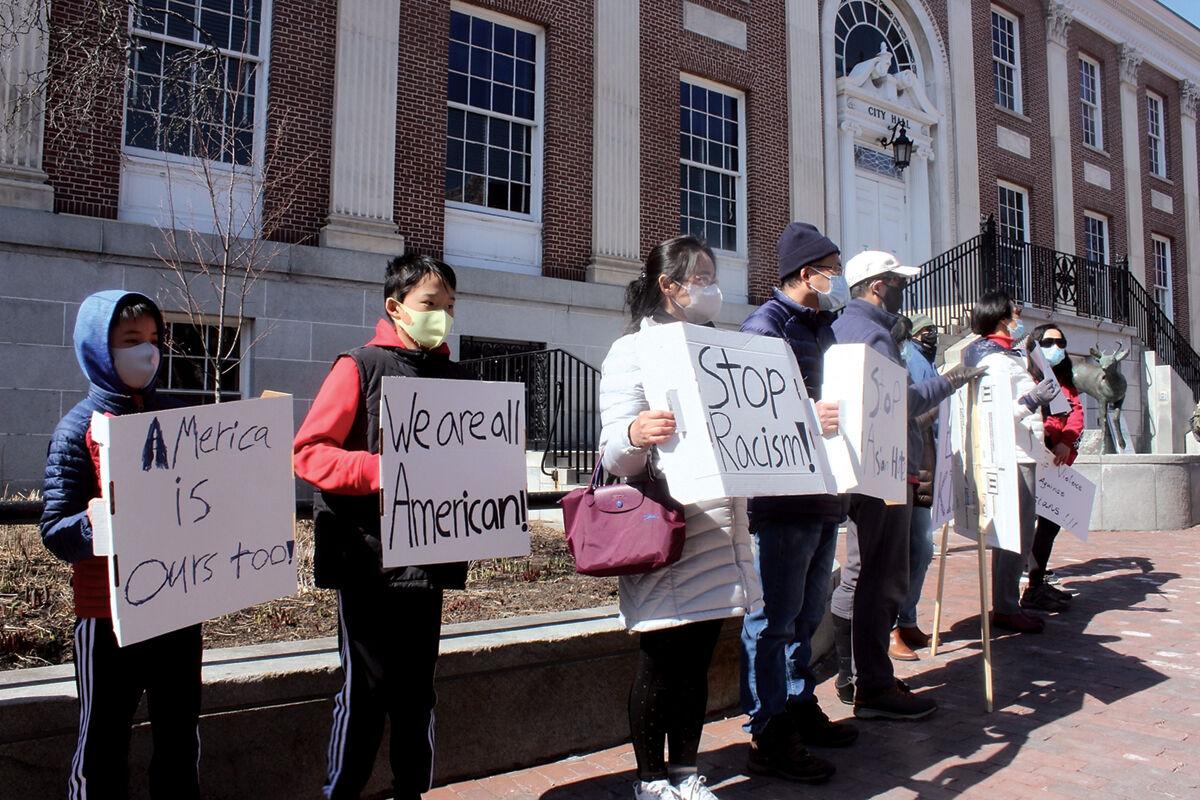 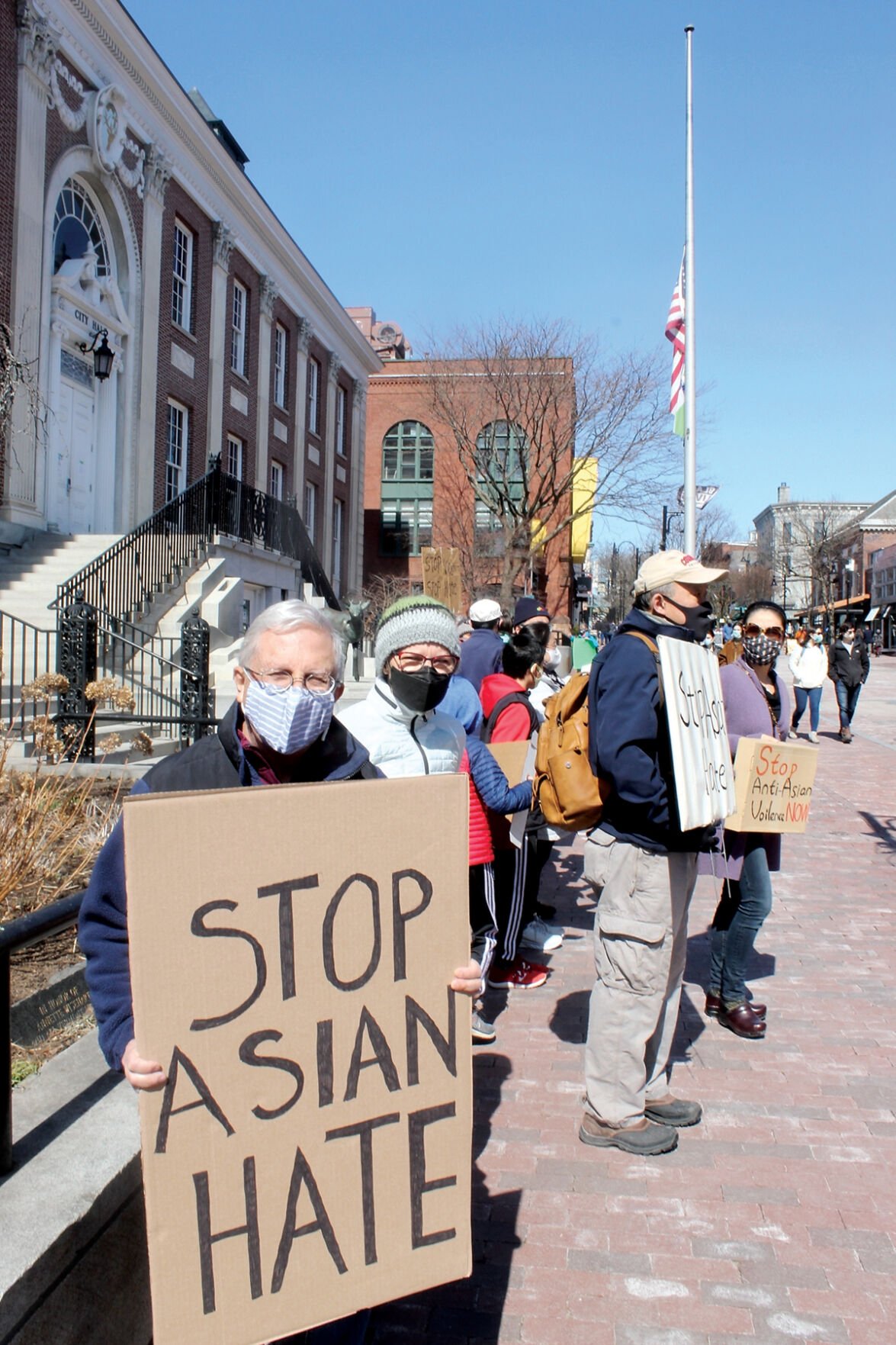 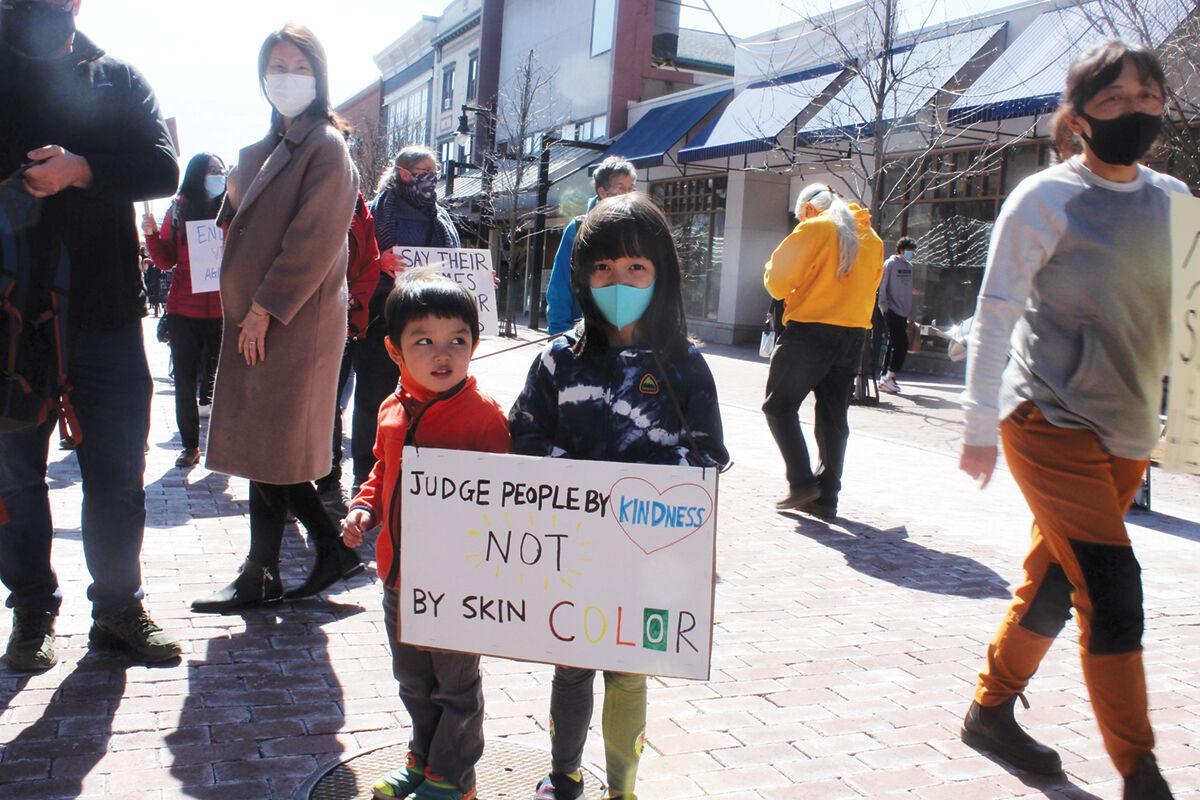 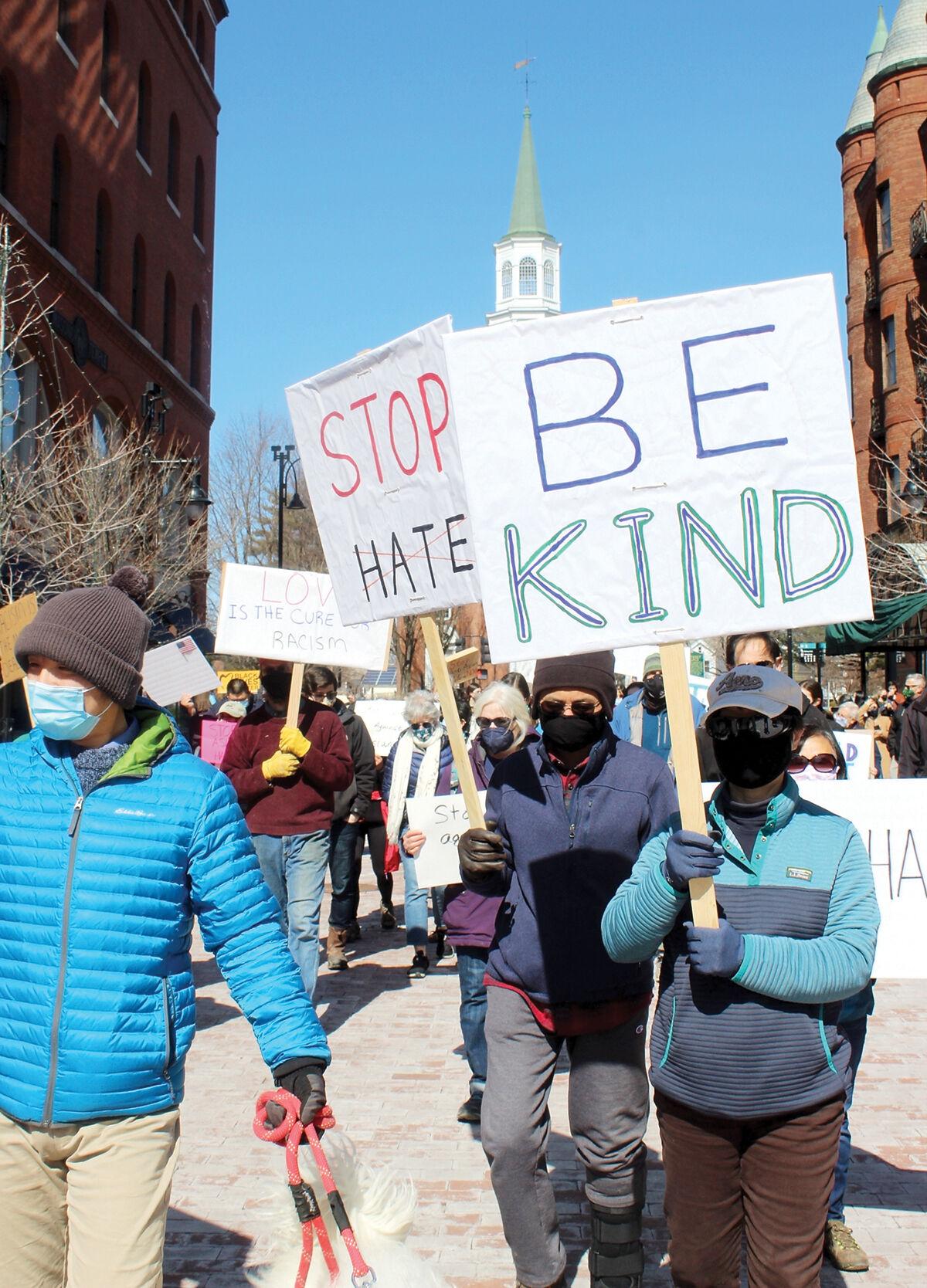 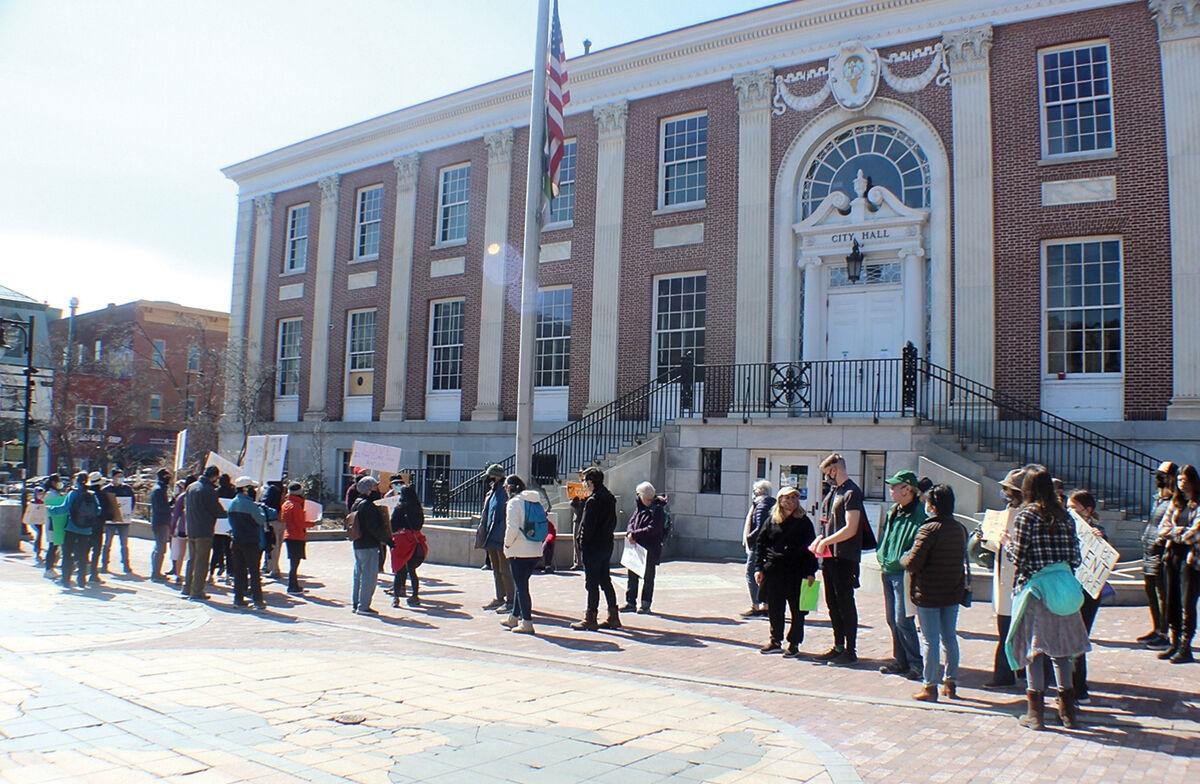 On a warm, beautiful first day of spring, more than 80 people showed up at Burlington City Hall on Church Street to protest racism against people of Asian descent.

Becky Fu von Trapp, an immigration attorney in Burlington who lives in Stowe, said organizing for the Saturday, March 20, rally had just begun the day before via social media. Von Trapp said the purpose of the protest was to bring attention to the prejudice against Asian people reflected in the shooting of eight people, six of whom were of Asian descent, in Atlanta on Tuesday, March 16.

She was pleasantly surprised at the number of people who showed up given that the planning had been at the last minute. “I think compared with the rest of the country, Vermont is relatively very liberal and very friendly,” Von Trapp said. “We just want to echo and make sure that all of our Asian community all over the United States are seen.”

Reflections on the Atlanta shootings

A lot has already been said about the recent shootings of six Asian women and others at spas in Atlanta — that it was shocking but not surprising, that it was the predictable result of a year of hate spewed by political leaders, that it doesn’t have to be totally racially motivated to be a hate crime and can in fact be the product of racism and misogyny and fetishization all at the same time, that it was the result of lax gun laws that allow the violent to act on their worst impulses.