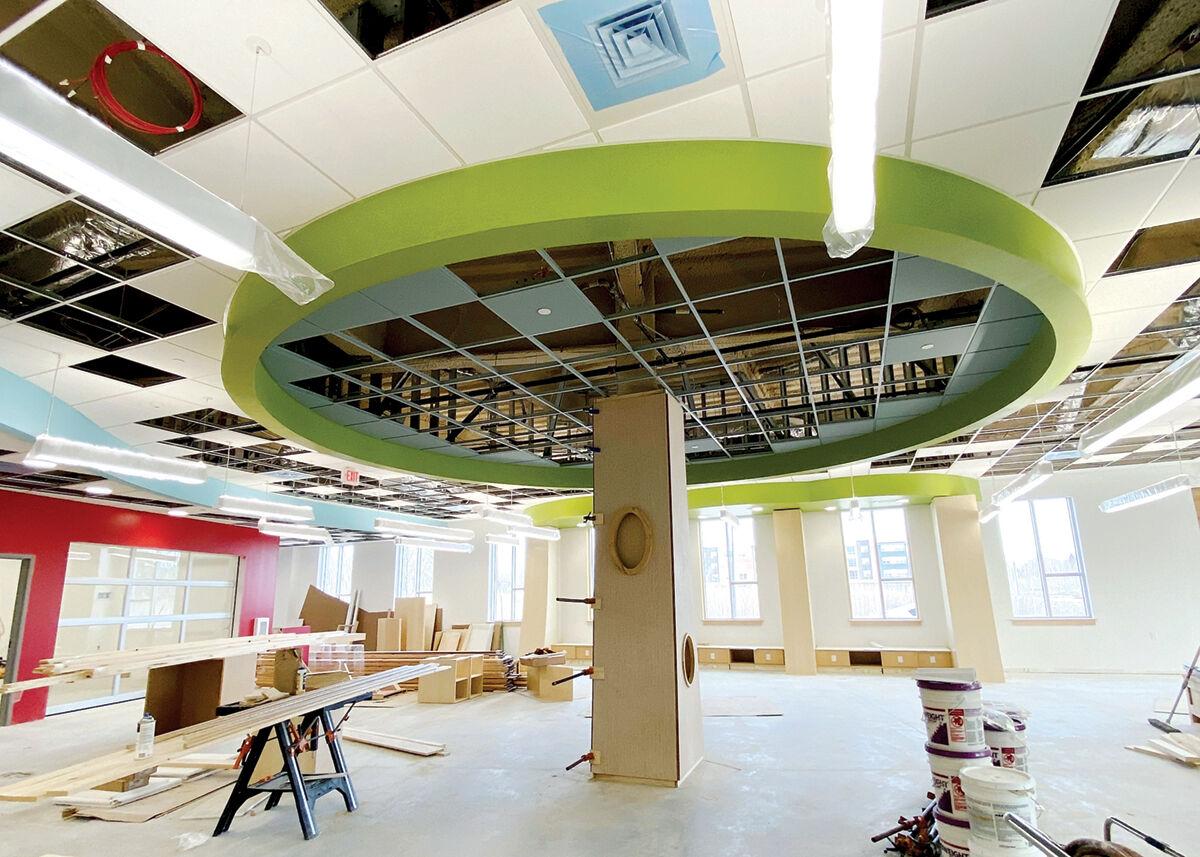 South Burlington’s new Market Street library location is coming along, as seen in these in-progress perspectives. 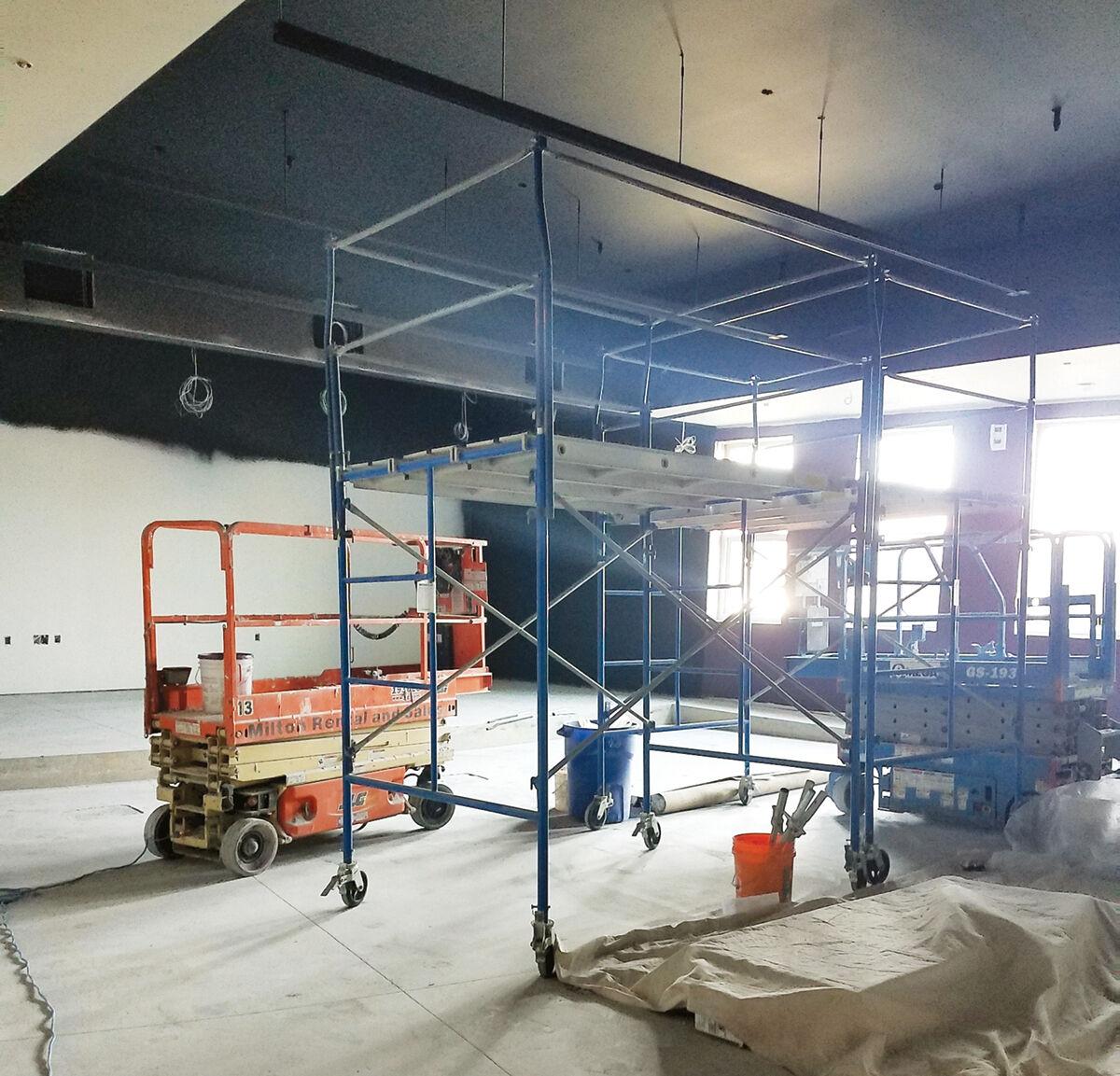 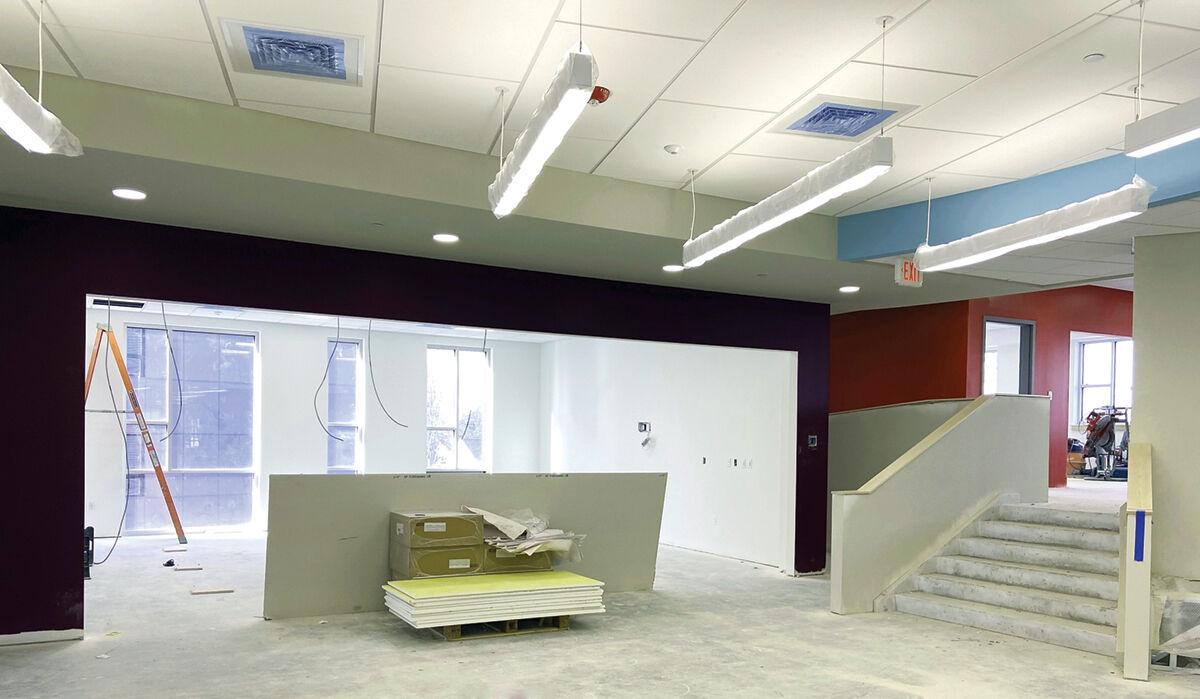 A new space with the beloved old-book smell? The future library site is coming together on Market Street. 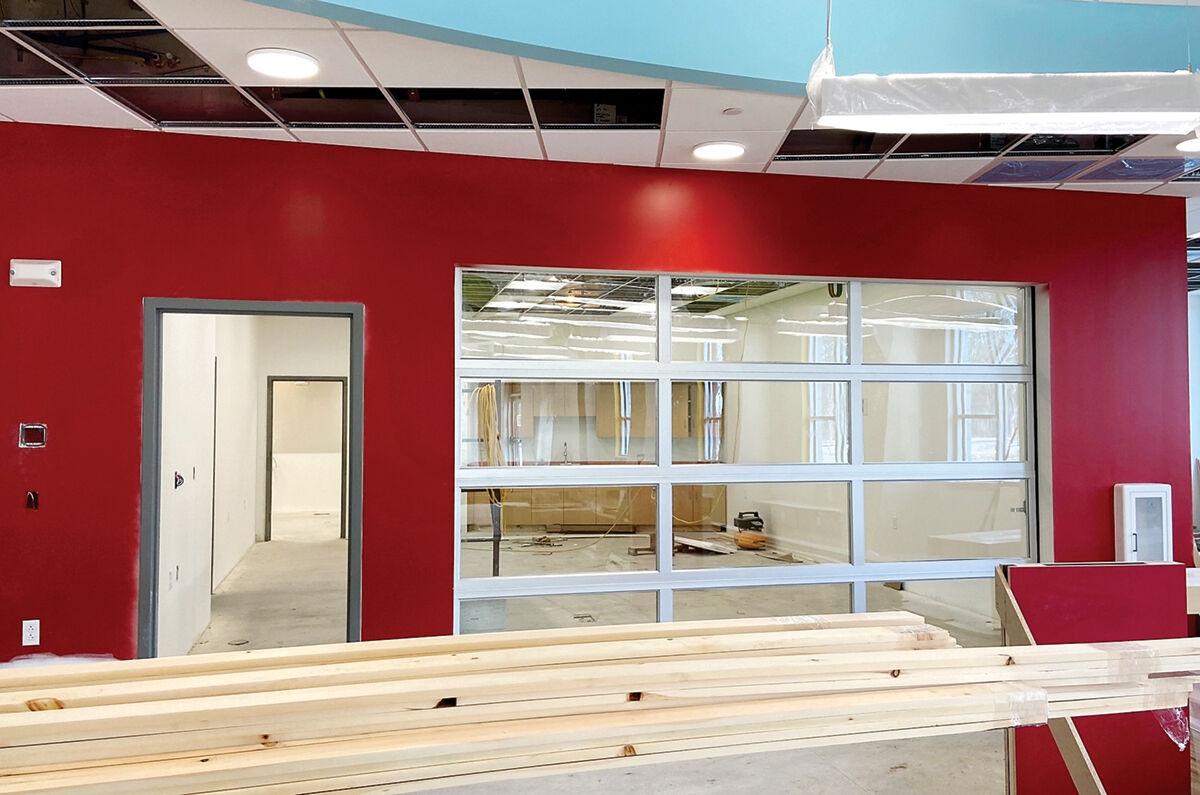 South Burlington’s new Market Street library location is coming along, as seen in these in-progress perspectives.

A new space with the beloved old-book smell? The future library site is coming together on Market Street.

The South Burlington Public Library’s new space is nearing its final stages of construction, planning to open in summer of 2021.

It will be very different from the current location inside the University Mall.

The three-story building at 180 Market St. will serve as a library, a city hall and a senior center. The building is part of South Burlington’s larger City Center project which aims to create a downtown.

The library will be located on part of the first floor and most of the second floor.

As of now, plans for a grand reopening event are pushed back until September. However, the library will be open to the public once construction and set-up is complete. In between these opening and larger kick-off events, the library staff is planning more passive programs that don’t require large gatherings in one space, like scavenger hunts or pick-up craft bags.

“The architects, and the project manager, and the public works director and I, we come at least once a week to look around, see what’s new and make sure that we don’t notice anything odd that needs to be looked at,” said Jennifer Murray, director of the library.

Murray has been a part of the organization for six and a half years. She followed the space as they moved from their original South Burlington High School location, to their current space in the University Mall, and eventually this new location on 180 Market St. She’s also on the design team for the new space.

The city worked with two different architectural firms to design the new library: Wiemann-Lamphere Architects, a local firm, and Humphries Poli Architects, a firm specializing in civic buildings. Community feedback was also an important part of the process, done through multiple focus groups of elementary, middle and high school groups as well as public meetings.

“We’ve gotten a lot of public input, and I think we’ve also responded to a lot of what people wanted,” Murray said.

“The city has been working on developing City Center since about 1980, and it’s had a hard time getting traction until now. But with the redevelopment of Market Street and anchor projects like this they’re hoping to really get Market Street fully built out in the next few years,” said Roy.

He also spoke to smaller details the design team considered.

“What we’ve tried to do is just create nooks and different spaces that people can be comfortable with throughout the building,” said Roy.

As she moved around the spare wood and plastic that took up most of the floorspace, Murray gestured to different areas of the space, detailing what each room would be used for. On the first floor within the “enchanted forest” themed children’s library, was a yellow-painted “wiggle room” for babies and toddlers, next to a small room designated for nursing.

A metal bracket above the staircase would soon hold an art piece, a stained-glass clock depicting the changing of the seasons. A corner on the second floor painted dark blue would be the location for “A Novel Idea Used Book Shop” run by The Friends of the Library, a non-profit charity group.

She referenced a few aspects of the library that were directly from community feedback, like the fireplace near the entrance and the terrace on the second floor. She also mentioned energy- efficiency as something that was desired by community members, shown in the final design by geothermal heating, solar panels and the design team’s aim for a gold-star LEED certification.

LEED stands for Leadership in Energy and Environmental design, recognized as a symbol of sustainability and energy-efficiency in building.

The library has been housed in the University Mall for the past three years. COVID and subsequent business shutdowns affected the library’s operations.

Murray said she is glad that more COVID relief should come around the same time the library is planning to reopen.

“People are chomping at the bit to come back to the library already… opening the new building, we’re just going to see all our friends and familiar faces and new faces, and that is going to be really exciting,” Murray said.

Moving a library is no easy task. Maintaining the organization system takes careful mapping and planning as books are transported. Murray didn’t view the second move, only three years after the first, as a downside or a hassle, but more of a learning experience.

The University Mall location plans to close on June 12, to begin the moving process. Once the building is complete, the library plans to remain closed for around three weeks in order to move in furniture and books as well as train new staff.

“In the long run, having moved to the mall is going to be a helpful thing for this move because we know we’ve done it recently and we know what’s involved,” said Murray. “It’s a lot to do. But by that time, we’ll all be excited and ready to roll.”

Both floors of the library are lined with large windows, filling the space with natural light, a difference from the library’s previous locations.

“I think one of the things I’m most excited about is the opportunity to actually sit in the sun, at a window, reading a book,” said Murray.

What’s new, shiny and green all over?

A large slab of plywood covers the front door of South Burlington’s new city hall building, construction for which is set to wrap up by late J…