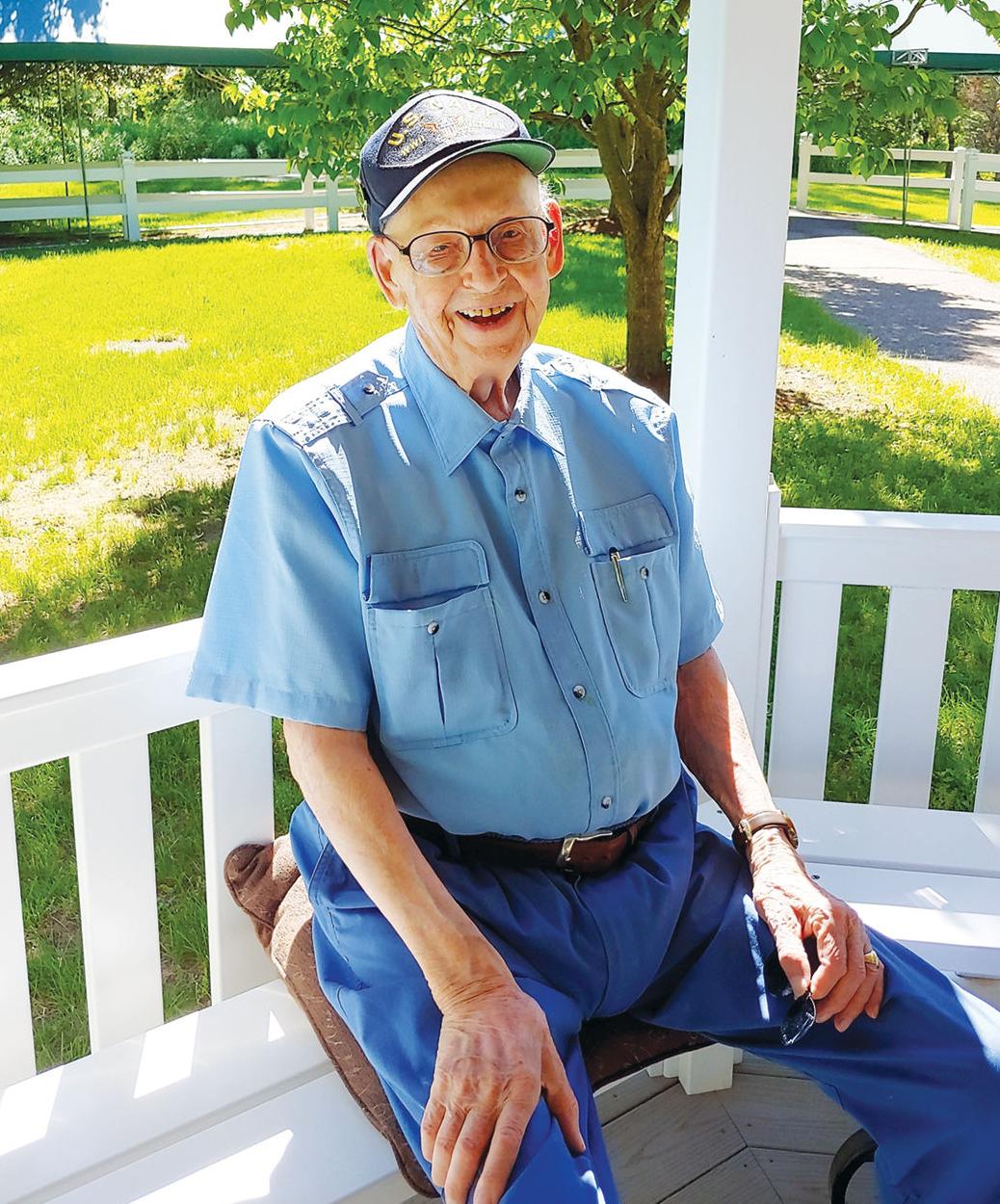 Lenny Roberge, the oldest living veteran in Vermont, will turn 106 years old on June 12. He has been keeping his spirits up in quarantine, according to his daughter Lucille Nadeau.

Lenny Roberge, the oldest living veteran in Vermont, will turn 106 years old on June 12. He has been keeping his spirits up in quarantine, according to his daughter Lucille Nadeau.

Lenny Roberge goes through life with a joke on his lips, a pie in his oven and a song in his heart.

Born in 1914, he’s now living through his second pandemic. While he was too young to remember the first – the Spanish Flu of 1918 – he was told his stepfather’s first wife died of it in 1920. Now living through COVID-19, he’s making the most of hard times.

But that’s what he has done with every challenge he’s faced for more than a century.

A long life no doubt has its share of hardships. When Roberge was six years old, his father died. Roberge and his two siblings were promptly split up, Roberge to a convent in Winooski, his brother to St. Joseph’s Orphanage in Burlington and their younger sister to a relative’s home, his daughter Lucille Nadeau said. The siblings lived apart for over two years.

Later his journey brought him to service in the Navy during World War II. He is now Vermont’s oldest living veteran.

As a salesman, he had an on-the-job master class in the importance of connections and good relationships.

Getting through challenges has a lot to do with Roberge’s perspective, work ethic and gratitude, according to Nadeau. When faced with adversity, he accepts reality and doesn’t waste time worrying, she said.

“People come up to me and say what’s the secret for growing old,” Roberge said. “I tell them to keep breathing.”

But in truth, Roberge keeps spry through his time spent with others, regular exercise – and a lot of laughing.

“I find cracking jokes serves a double purpose, and that is to keep your mind active. The old adage is, ‘if you don’t use it, you lose it,’ so I continue to do that,” he said.

That seems to be a theme for the busy centenarian. Before the coronavirus pandemic hit, Roberge stayed active with outings, fitness classes and more at Allen Harbor, an independent living community.

“I learned one thing as we get along, we’ve got to have a favorite thing to do,” he said. For a while, his was reading. After moving to Allen Harbor, though, he wanted to try something new.

“I continue to make pies, because I found it was kind of entertaining. It gives me the satisfaction of accomplishment to be able to make a pie,” he said.

And it’s better yet to share them, which Roberge does, with enthusiasm. He has earned the reputation of the “Pie Man” among those lucky enough to try them.

But the best part of his life is neither pies nor jokes. It’s people.

“The more people you know, the more you’ve got something to think about and that’s what I’m trying to live by now. Get along with people, be convinced of your own thoughts, as far as I can see I’m just a plain old senior trying to make a living, I’m not a psychologist or anything else. I’ve learned a lot from doing that,” he said.

Although the pandemic means his birthday won’t have the usual fanfare of family flying in and a party with friends, Roberge’s loved ones are helping him make the most of his special day. So far, he’s gotten more than 80 birthday cards, recruited by his children who hope he’ll acquire some 106 cards total – one for each year of his life.

For Nadeau, it’s been tough not to spend time with her father these past months. She lives just three miles from Roberge and typically visits several times each week.

She was on her way to visit in March, when she was stopped at the door. Because of the governor’s order, Allen Harbor had to close its doors to the public.

As of last week, with the loosening of guidelines, Nadeau was able to meet her father for an outdoor, socially distanced get together. She looks forward to celebrating his 106th birthday with him on Friday, June 12.

“He’s got this positive attitude, he still very much enjoys living life,” Nadeau said. “He’s been blessed for sure, and he knows it.”