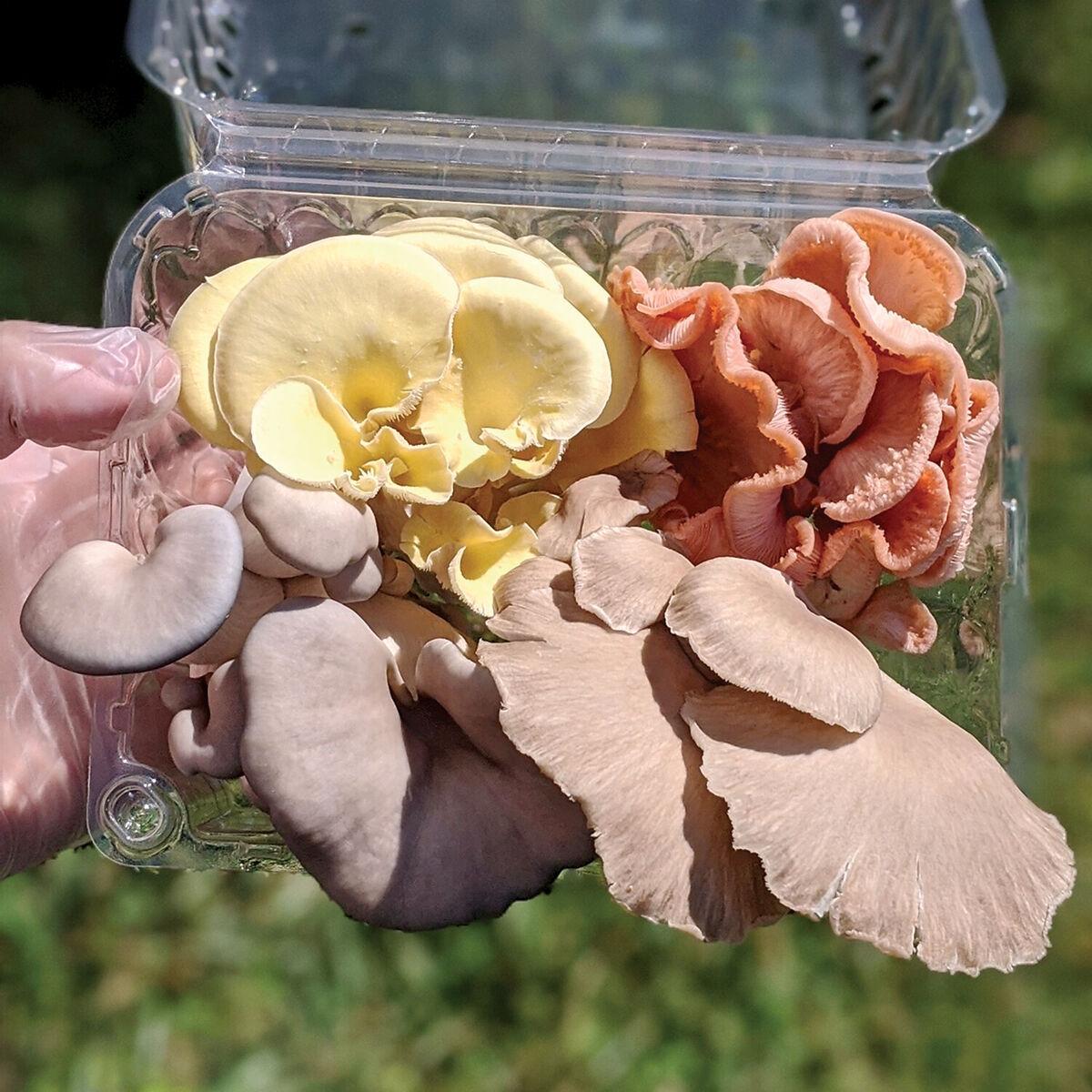 The summer mushroom community-supported agriculture offering includes a mix of fungi including pink and blue oysters. 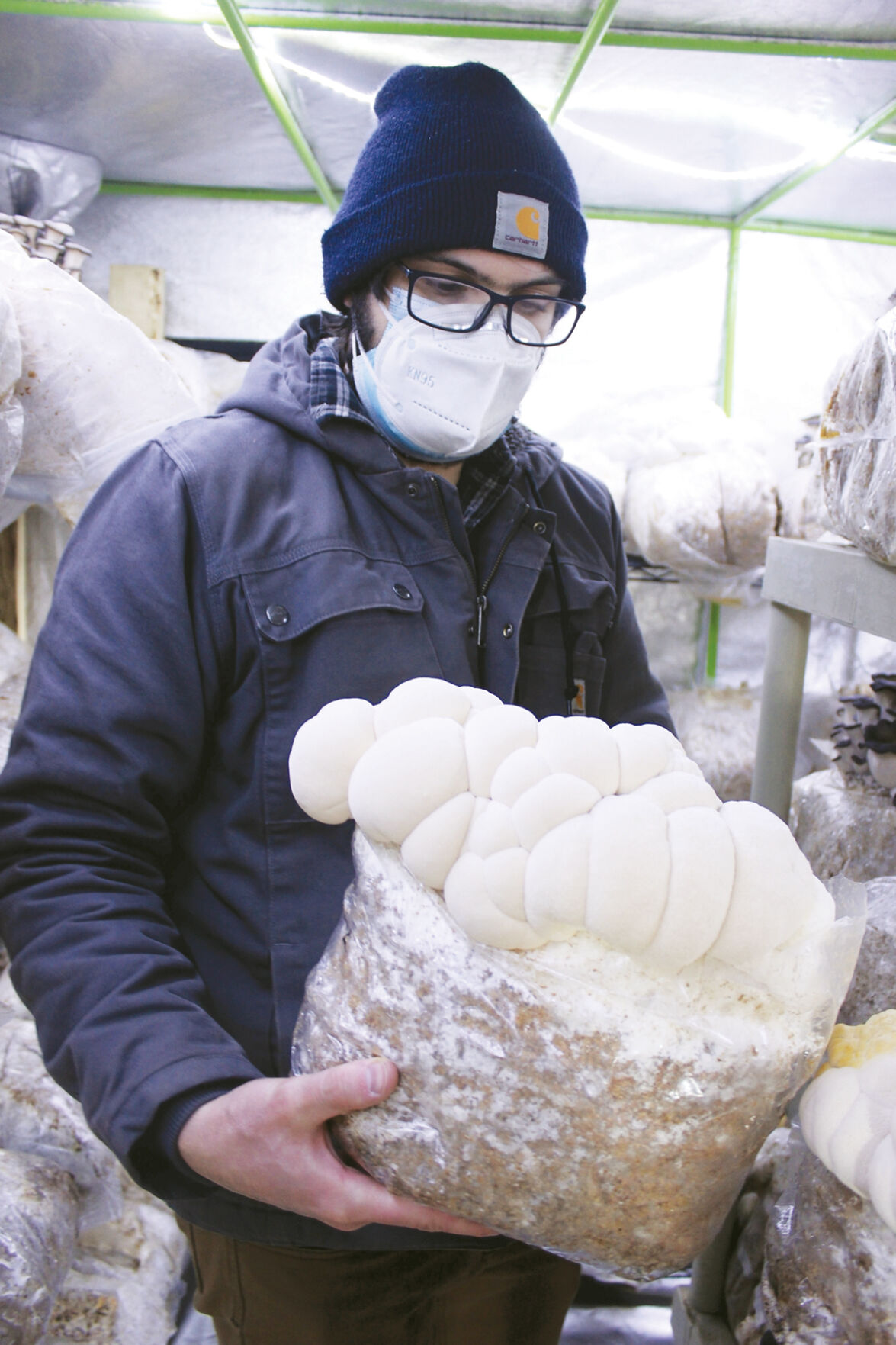 South Burlington’s Kevin Melman shows off a brick of young lion’s mane mushrooms at the FUNJ. headquarters in St. Albans. 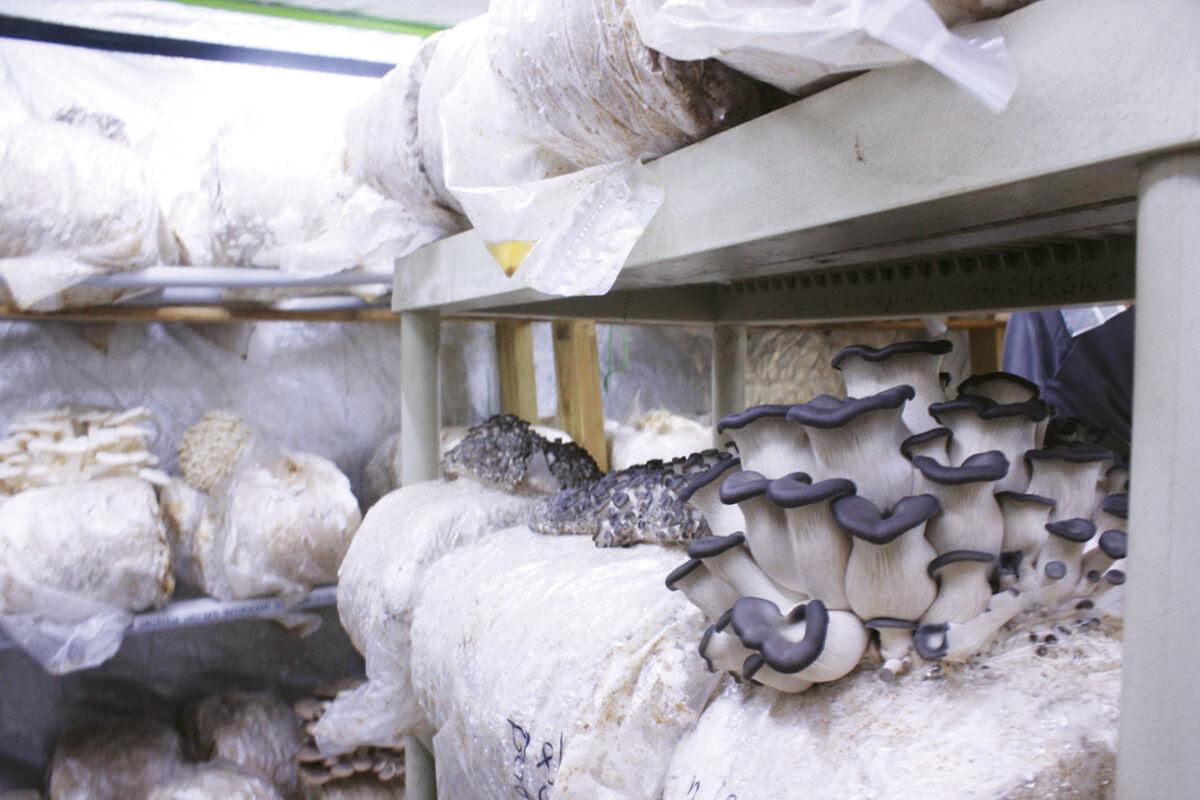 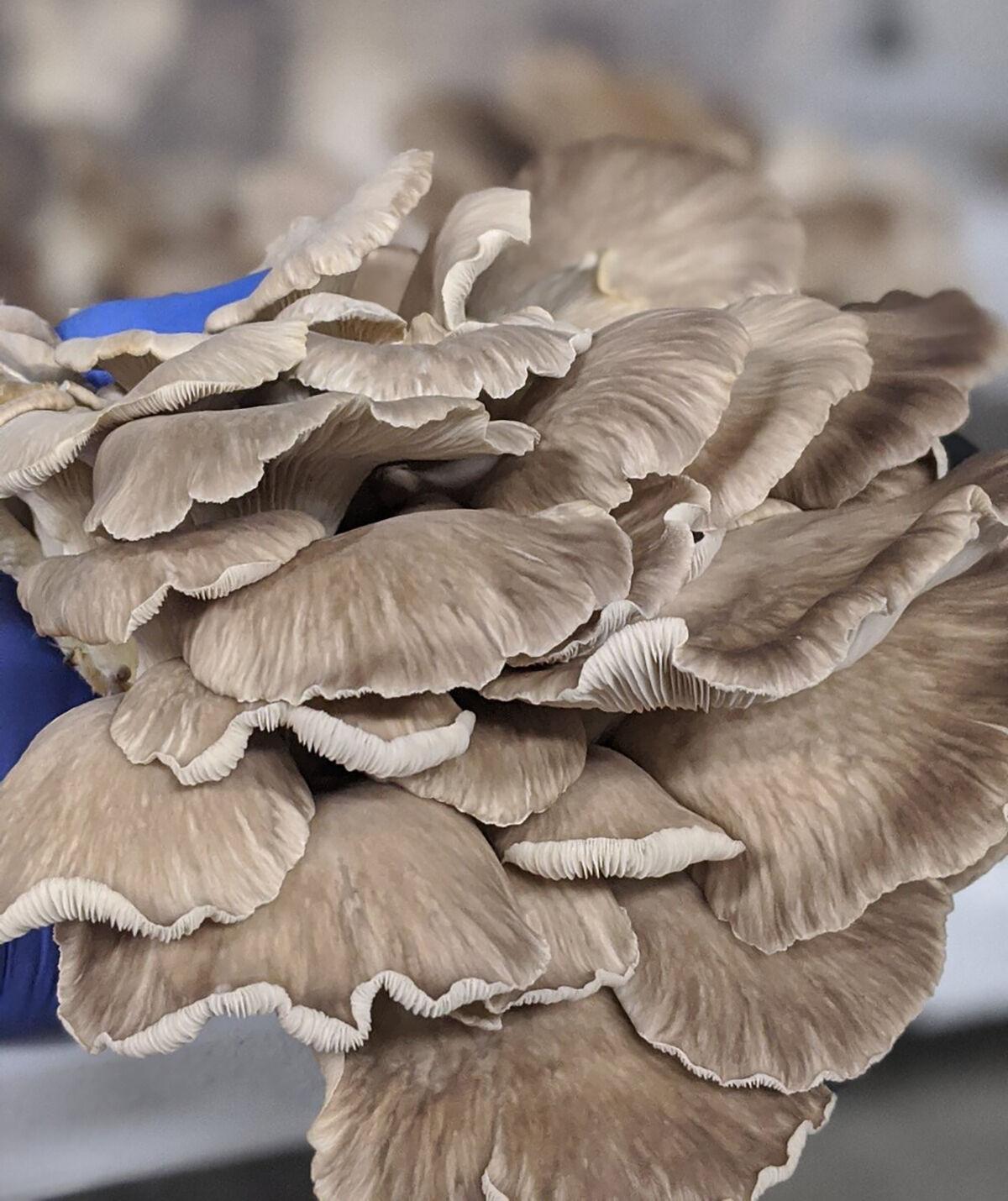 The summer mushroom community-supported agriculture offering includes a mix of fungi including pink and blue oysters.

South Burlington’s Kevin Melman shows off a brick of young lion’s mane mushrooms at the FUNJ. headquarters in St. Albans.

Kevin Melman hoped the mushroom he found protruding from a tree, with its bright orange hue and structure resembling a cluster of melted fans, really was chicken of the woods — not a poisonous look-alike — as he plopped a piece into his mouth.

The then-17-year-old found the mushroom foraging around the sparse woods in his New Jersey hometown and tried to verify it with more seasoned mycologists via online forums. A high school class assignment to try something new seemed like the perfect opportunity to take the next step in his mushroom foraging journey.

Looking back years later, Melman called himself a “dumb 17-year-old,” emphasizing that unseasoned foragers should be careful and leave mushrooms alone when in doubt. But he also credits that chicken of the woods with catalyzing what would grow to be one of his life’s passions — the study and farming of mushrooms.

In 2019, the now South Burlington resident launched his business, FUNJ. Shrooming Company, and this February he celebrated the one-year anniversary of his first crop.

When Melman launched the business, he planned to focus on growing and selling mushrooms to mostly restaurant clients. However, his business plan did not account for a pandemic.

“I had a good two months of that before COVID hit,” he said. On March 13 last year, Gov. Phil Scott issued a state of emergency for Vermont, joining a world-wide isolation trend in response to the coronavirus pandemic.

Restaurants, cafes and bars across Vermont shuttered their doors, some maintaining take-out and delivery options to stay afloat. “I had to do a big pivot,” Melman recalled.

So, he amped up social media advertising, began delivering groceries to elderly neighbors and approached grocery stores to sell his young mushroom crop.

“Working with grocery stores was a blessing in disguise,” said Melman.

Now a year later, he has a strong grocery store base and is growing his restaurant clientele. He’s also added winter and summer community-supported agriculture boxes, known as CSAs, offering at least two mushroom varieties every week with some rare species peppered in. The box also frequently includes mushroom jerky, mushroom-based spices and other handmade products.

The cheapest option for “mushroom lovers” is $119 for a half pound of fresh produce a week for about three months. Melman contends that “you’re easily getting more mushrooms for your money,” especially if clients are local, eliminating additional shipping costs.

Plus, the shrooms are fresher than store-bought. “That’s one of the reasons why farms like mine keep popping up all over country,” said Melman. “They want fresh mushrooms and they don’t last very long.”

Growing mushrooms at home is one of the best options, he said; one of the reasons why he launched grow kits.

“People loved them during COVID,” Melman said, chuckling at the idea that the new quarantine trend seems to have switched from baking bread to growing mushrooms.

Kim Robison, an avid home mushroom grower from South Burlington, is cultivating her fourth FUNJ. Shrooming grow kit. She also bought a grow kit for her friend and they’ve been trading photo updates.

“We wake up every morning and say hi to the mushrooms,” said Robison, laughing.

Her lion’s mane and pink oyster mushrooms are coming along nicely, although the lion’s mane hasn’t grown into its signature beard yet. Also known as monkey’s head or pom-pom mushroom, lion’s mane is known for its bulbous shape and shaggy exterior.

Robison cooks — and eats — a lot, she said, and loves the versatility of mushrooms: “You can do anything with it. They’re so beautifully fresh.”

She throws them in pasta, on pizza and tossed in salad. “It’s a fun, new way to try something,” she said.

Whether buying a CSA box or a grow kit, customers can pick up directly from Melman’s farm, they can have products shipped to them and can receive home delivery if they live in South Burlington, Shelburne or Winooski.

The FUNJ. Shrooming Company headquarters reside in a 120-year-old barn in St. Albans. When he moved into the barn, part of which was formerly an auto shop, Melman recalled scrubbing the floors and walls on his hands and knees. He built a lab, installed decontamination, air quality, heating and lighting equipment, and a spore fridge, and erected a fruiting room which is kept dark and filled with shelves of fungi.

Inside the dark tent, a flickering string of tiny lights illuminated the mushrooms in an eerie glow. Melman disappeared behind a shelf of lion’s mane and blue oyster mushrooms, emerging with a bouquet of greyish white mushrooms — the phoenix oyster is one of his favorites — poking out from a brick of sawdust and soy, dotted with mycelium.

Mushrooms are the fruit of mycelium, the vegetative body of fungi, which resemblies network of thin fibrous strands. When the fungus wants to reproduce, mycelium send up a mushroom and release spores, often into the air or via other methods.

Even though Melman spent — and continues to spend — an exorbitant amount of time researching mushrooms, taking classes and learning from fellow fungi farmers, he contends that mushrooms remain a mystery.

“We don’t know anything about mushrooms,” he said. For example, Melman continued, many people might be familiar with the dozen or so common mushrooms available in the grocery store, but there are over 10,000 species of mushroom. So, what is one of his favorite mysterious mycology facts?

“They supplement themselves with carnivory,” he said. “Mushrooms don’t give a damn, it’s a cruel world that they live in and they’ve figured it out.”

Melman hopes to expand grow kit production and his delivery reach. He plans to grow some mushrooms on logs outside the barn this summer, hopefully to have a shitake crop in a year or so. “I love my chefs and grocery stores, but I know a lot of people want to connect with me and learn directly,” he said.