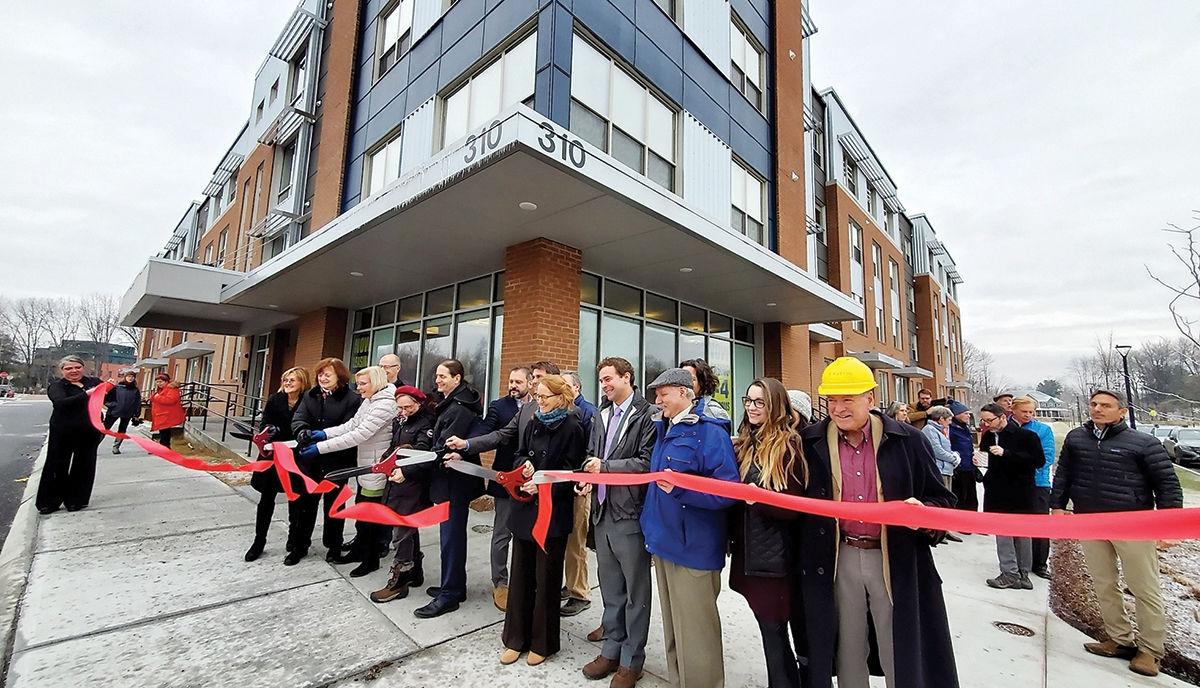 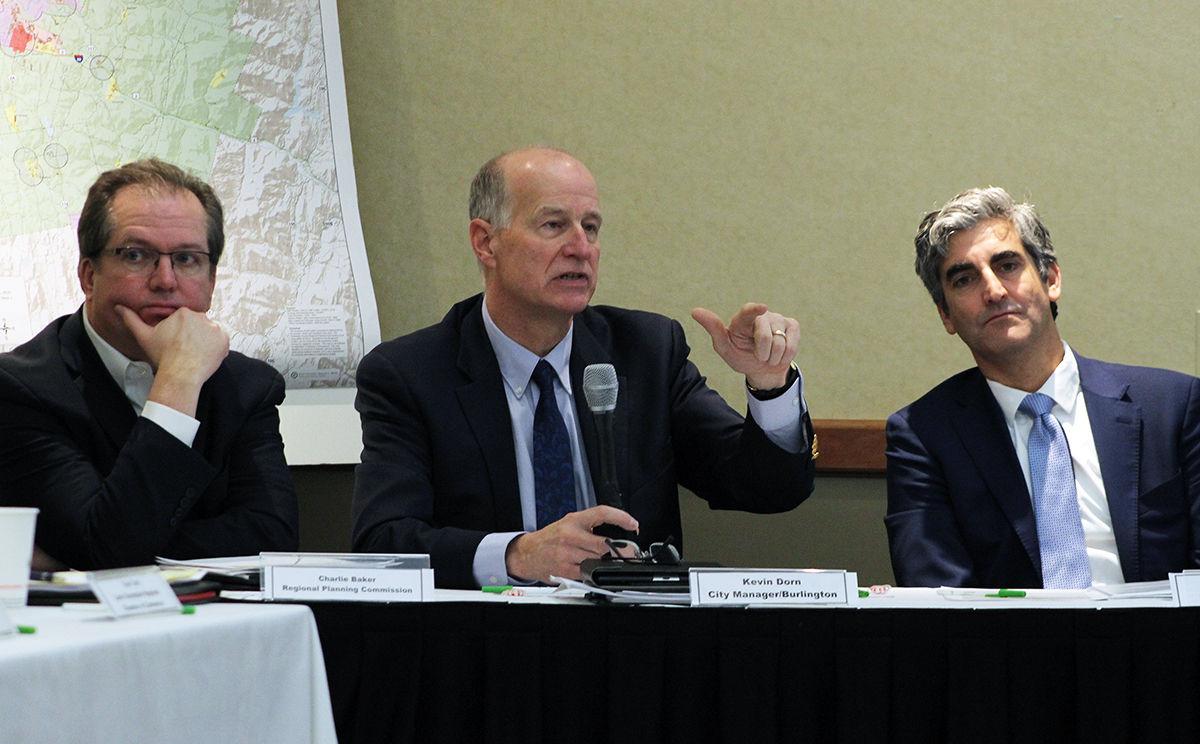 A round table meeting was held in South Burlington with more than 20 panelists from local government, non-profit agencies, financial institutions and developers as one of a series billed as the Affordable Housing “Tour.”

In an email Sen. Michael Sirotkin (D. - Chittenden), chair of the committee, said that ‘tour’ was “shorthand for five committee meetings to get a sense of various issues in various regions throughout Vermont.” The committee met in Hartford, Rutland, St. Albans and Bellows Falls during the fall.

With Sirotkin serving as moderator at the Holiday Inn, more than 60 audience members listened to problems and solutions to affordable housing in Vermont and shared their own experiences and concerns with housing in the state.

Sirotkin started the roundtable discussion saying that housing “is going to be the highest priority of our committee to try and affect policies in Vermont that promote more affordable housing and hopefully we can put some money behind it as well.”

He said, “There is going to be significant housing legislation coming out of at least our committee this year.”

Among the solutions panelists and members of the public suggested were allowing increased density of housing and smaller units; eliminating double regulations, particularly those that come from Act 250; and financial support for more mobile homes.

Burlington Mayor Miro Weinberger said some of the things the city council is considering are why there aren’t more accessory dwelling units in spite of a state mandate passed in the 1990s, undue parking regulations and lots of requirements such as sprinkler and parking lot requirements that may be “out of line.”

“We think parking will still be built in most cases, but we are looking to deregulate that and let site-specific solutions be worked out instead of requiring very costly, unneeded parking to be built,” Weinberger said.

However, he said, they are looking to increase housing regulations requiring weatherization.

He discussed concern about how available affordable housing is being “siphoned off” by short-term rentals such as Airbnb.

“I’ve just come back from a short vacation with the family where we rented an Airbnb in Los Angeles,” Weinberger admitted. “I think there’s a role for these things. I think people will want to come visit Burlington with these short-term rentals, but at the same time we can’t allow whole apartment buildings to shift over to short-term rentals.”

He continued, “Housing is one of our best tools for addressing health, one of the best opportunities for bringing educational improvements, one of the best things to address climate challenges and increase diversity.”

South Burlington City Manager Kevin Dorn said, “Even with all the housing that’s been built here in South Burlington, there’s approximately 1,000 households out of 8,000 who still spend more than 50% of their income on housing.”

He said his city had lost about 100-200 units of housing in the City Center development because they were required to include stormwater infrastructure that duplicated an adjacent wetland which could have been used to purify water.

“One of the reasons for the wetland rules and preserving wetlands was to purify water,” said Dorn.

“Nothing works better than more density. Density is a dirty word in the development world. At least for the people who show up at our hearings,” said Eric Farrell, a panelist who described himself as “a housing junkie” who has been partnering with housing nonprofits for 25 years. “The two biggest oppositions we see are traffic, although residential development is the least generator of any development use, and density.”

“If it wasn’t for the bike paths, I probably wouldn’t have selected those locations. Anything you can do to connect neighborhoods to bike paths, I think that’s a huge plus.”

Another thing he said they are doing is developing smaller units and he doesn’t think there should be minimum unit sizes. “We have units that are less than 300 square feet and of course when you do that you have to build pretty generous common areas.”

An ancillary benefit of this is a resident’s home becomes more than just their unit, the whole building becomes their home and residents get to know each other and it becomes a stronger neighborhood. “People don’t mind living small, but they don’t want to live crappy,” said Farrell.

He said he tries to develop his projects to encourage people to get out of their cars. The two largest projects he’s done - one in South Burlington and one in Burlington – and a small single-family development in the North End of Burlington all are adjacent to bike paths. “If it wasn’t for the bike paths, I probably wouldn’t have selected those locations. Anything you can do to connect neighborhoods to bike paths, I think that’s a huge plus.”

Farrell also said he doesn’t understand why builders have to deal with double permitting: “Any way you can create more certainty and shorten the timeline is going to result in the creation of more housing sooner.”

He said that people often ask when he’s building affordable housing, “Aren’t you afraid that’s going to drag the value of your units down. It’s crazy talk. You know these are people you do business with every day.”

Justin Worthly, Senior Vice President of Burton Global, talked about the problems that Burton was having in developing their 10-acre facility on the boundary of South Burlington and Burlington and repurposing the vacant space there.

“We are grappling with city of Burlington rules, South Burlington rules, community input and Act 250,” he said. “We’re going to spend hundreds of thousands of dollars simply navigating rules and that’s not going to build anything.”

Panelist Bob Provost, a small builder for about 50 years, suggested eliminating the restriction that requires the primary resident live in the big house when a backyard cottage is built. He thinks it would help to let the grown children live in the primary house and raise their family, while an elder parent could age in place with their family right there.

Lisa Hodgkins, a resident of the St. George Community Cooperative which just officially became a co-op this past April, talked about how the mobile home park had been a viable living situation for her for almost 30 years.

When the state offered the option of becoming a co-op, they “jumped” on the opportunity to keep their housing affordable, she said. But now they face the problem of funds to maintain their mobile home park’s infrastructure, most recently their septic system.

“In our legislation I’m pretty confident there will be a section on mobile homes. We’ve heard about mobile homes as a very viable option to preserve affordable housing,” said Sorotkin.

Maura Collins, executive director of the Vermont Housing Finance Agency, said, “Over the last 20 years incomes have gone up 2% a year. Rents have gone up by almost 5% a year. Home ownership prices, the median price of selling a home, over 6% a year.”

Collins said the gap between income and the cost of housing has grown so much it’s not just affecting individuals – it’s affecting the state’s economy to the point that Vermont “has been downgraded by multiple rating agencies.”

Jesse Baker, city manager of Winooski, talked about the problems and “very bizarre impact” Act 250 and double permitting was causing for some projects in her community. One work-force development project has been held up for nine months for things such as sign approval or hours of construction that the city feels they should have the authority to control.

Laurie Gunn, chief experience officer and vice president for human resources at the UVM Medical Center, said, “We have jobs to fill and we can’t fill them. We have 8,000 employees, a wide range of incomes and we know that this housing issue is impacting our entry-level, lower-wage earners more significantly.”

As a health care provider Gunn said she would be remiss not to point out: “Housing is health care.”

The Vermont Fancy Felines Association show has been held for more than 20 years. “It just keeps getting bigger and bigger,” said Nancy Watt, this year’s show manager. “It has an international flavor with exhibitors from China, Korea and France this year.” The 185 cats shown this year was a record for the South Burlington show and there were 125 exhibitors. Watt said she expected as many as…

Plans for a new middle/high school and athletic complex are inching ever closer to becoming ballot-ready, following an updated $209,588,828 project cost estimate, an estimated tax impact and a proposed payment schedule discussed during the Jan. 8 school board meeting.