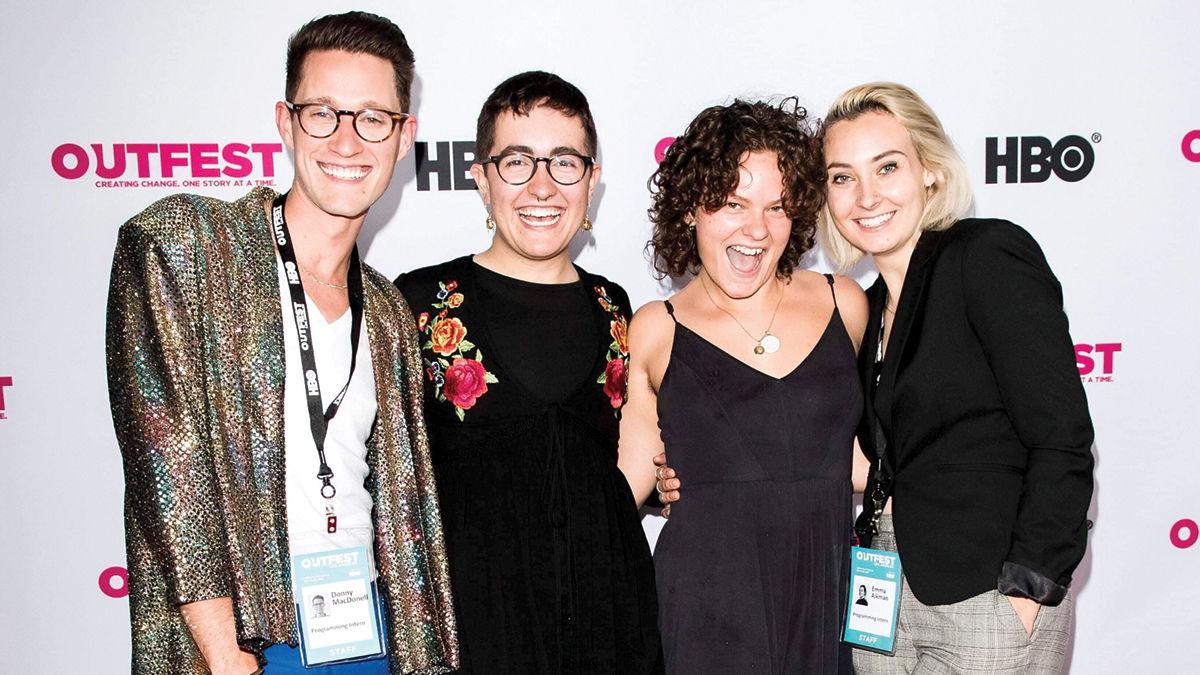 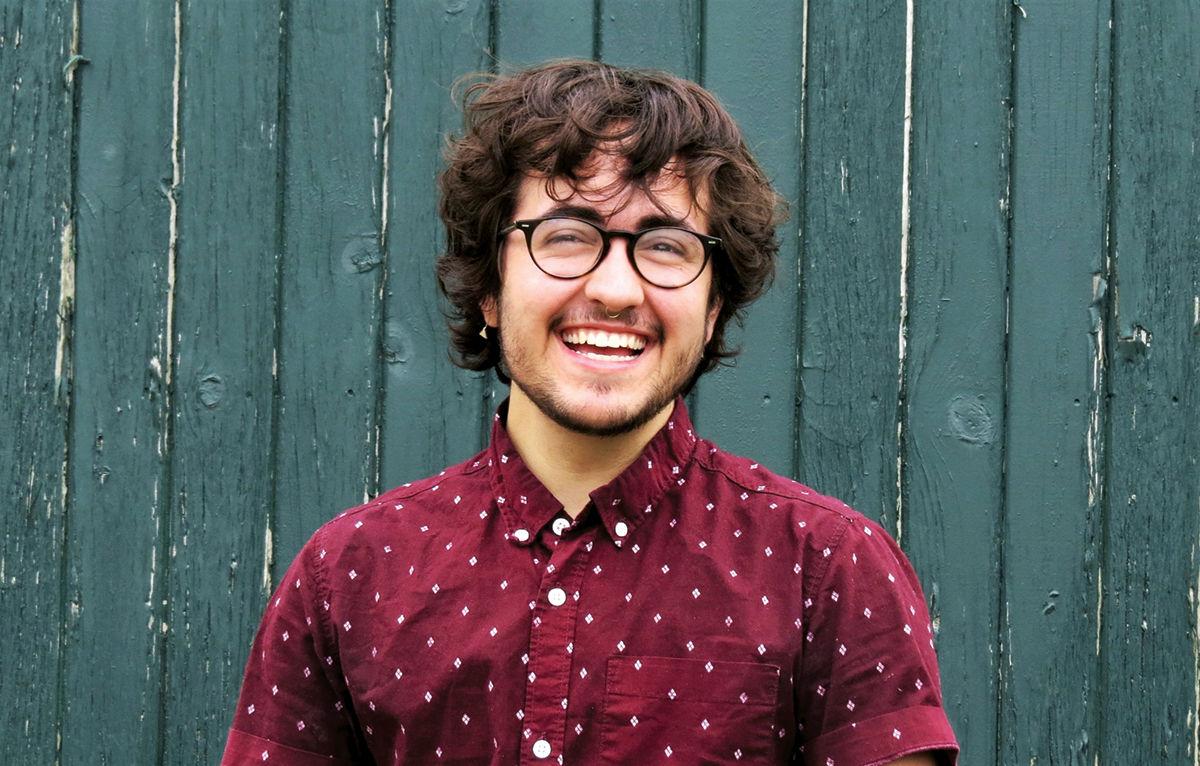 “It was a very gratifying thing to be a part of my community, but I never would have imagined to have been recognized on such a national scale, “ said Alex Escaja, who was named one of GLAAD’s 20 under 20. 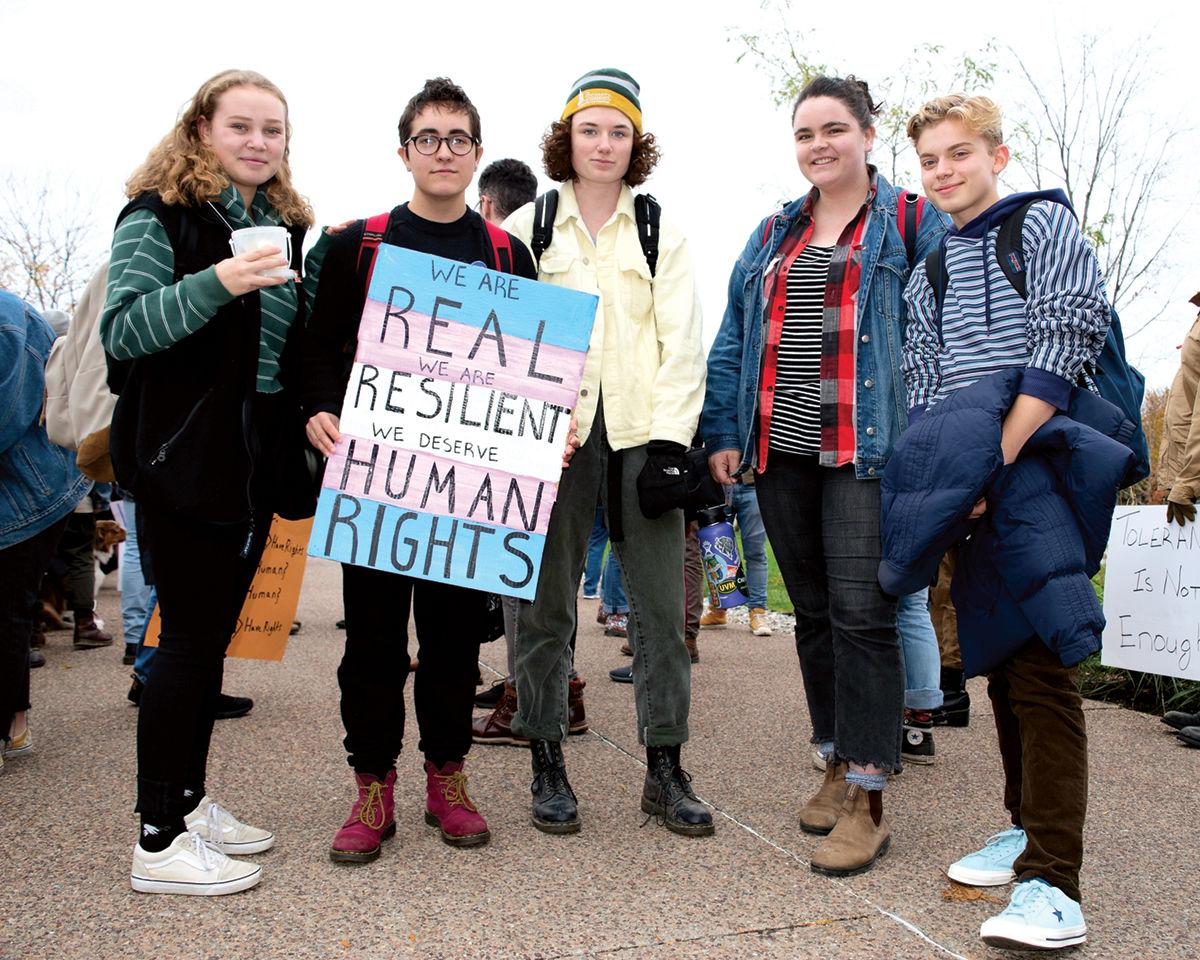 Alex Escaja’s activism is nothing new – his work established the SBHS Gender and Sexuality Alliance Club.

“It was a very gratifying thing to be a part of my community, but I never would have imagined to have been recognized on such a national scale, “ said Alex Escaja, who was named one of GLAAD’s 20 under 20.

Alex Escaja’s activism is nothing new – his work established the SBHS Gender and Sexuality Alliance Club.

Alex Escaja got the call while waiting to speak at a virtual public forum about funding of Burlington’s police department.

Escaja, 20, had been selected as one of GLAAD’s 20 under 20 – a list of young LGTBQ people shaping the future of media and activism.

Seeing the email pop up while waiting to speak out was overwhelming and a little disorienting, Escaja said.

The recognition came out of the blue, but Escaja’s work with GLAAD was already established – serving as a campus ambassador at the University of Vermont, and working to create inclusive spaces at the school.

Because COVID-19 is ruining most things, Escaja and his roommates celebrated with takeout and reveled in the surreal. Once the news was announced to a wider audience, messages of support started flooding in.

Escaja was born in New York City and grew up in South Burlington. He now lives in Burlington, but right as the pandemic was creeping into the Northeast, he was in New York on a study “abroad” semester. He’d just been accepted at the prestigious Tisch School of Cinematic Arts at New York University. But, given its shift to online learning – which isn’t ideal for filmmaking students – Escaja decided to return to UVM, studying film and television, and gender, sexuality and women’s studies.

He’ll likely return to the city after graduating.

Escaja said his passion lies in using film as a medium for activism and advocacy, looking specifically at the representation of LGTBQ people and other marginalized identities – and doing it in an empowering, realistic and humanizing way.

His filmmaking fire was lit on an airplane, Escaja said, with a film called “My Prairie Home,” which follows singer Rae Spoon’s journey as a trans person and musician.

“I watched it on a plane, and it was the first time that I saw a specifically nonbinary experience on screen and the way that was very human that was complex and realistic. And I was in awe,” Escaja said.

Among his own works is “Looking Back at Me,” a film made with Vermont musician Sade Bolger. Viewers were drawn to its realness and felt represented by it.

“I received messages from people all over the world that I didn’t know that were telling me, ‘Wow, this film was incredible and made me cry,’ or ‘I showed this film to my dad and now he understands my identity better.’”

Escaja hopes that someday people will reflect on his films the way he does “My Prairie Home” – inspired, having felt heard and understood.

Representation of LGTBQ people and relationships on screen is often dramatized, Escaja said, or the queer character is present to support the plot of a cisgender counterpart.

“In a lot of ways, queerness can be a spectacle on screen,” he said. While there is more representation today, Escaja’s approach is one of humanity – to show the complexity of relationships, ones that people can relate to regardless of gender identity and sexuality.

“Moving forward, I would be excited to create queer content that is made by queer people for queer people that everyone can enjoy,” he said. But that does not mean erasing queerness or acting like it isn’t there.

The struggle for equality – still very much in progress – didn’t happen overnight.

“I do have to attribute a lot of the opportunities that I’ve had to my LGBTQ ancestors that have fought for them,” Escaja said. There is still work to be done around intersectionality. For example, he said, racism is a part of the LGBTQ community that is often avoided in conversation.

“I think the energy of this movement is amazing,” he said. “This movement has been going on for a long time. It’s not something new but there is a moment right now where there is an increased awareness and an increased participation for valid reasons.”

This energy can be used, he continued, to jumpstart a movement in film and beyond that can take representation to a new level.

While the GLAAD recognition – and subsequent coverage in Teen Vogue magazine – was incredible to say the least, Escaja had a strong resume already.

As an intern at Out Fest, an LGBTQ film festival in Los Angeles, he met others who shared his goals and interests.

He founded the South Burlington High School Gender and Sexuality Alliance Club, toured as a panelist in LGBTQ workshops for education and health care workers, and sought out opportunities for leadership to give himself a strong sense of purpose. “I think I really drained as many resources as I could,” he laughed.

Escaja also got involved with local nonprofit Outright Vermont, which he credits as an influence on his confidence and helping him shape his identity growing up.

“When I was first questioning my identity and struggling to understand who I was, I saw about their resources,” he said.

He has a loving, supportive family, but Outright brought the opportunity to meet LGBTQ adults: “They were evidence that I could live a happy and fulfilling future as a queer person.”

“It gives me chills because it was such a utopia,” Escaja said. “I’ve never been in a safer space.”

Outright Vermont’s Associate director, Amanda Rohdenburg, said Escaja is one of the most creative, caring and thoughtful young people she has worked with.

“You almost don’t notice how brilliant their input is because they’re so sweet and kind about it,” she said.

That insightful, subtle perspective helped Outright create a video series, with interviews from Vermonters about how to support LGTBQ youth in foster care.

Because of Escaja’s work as both director and interviewer, the project had a sense of empathy, allowing him to connect with people who might otherwise be uncomfortable on camera.

“It was really, really delightful to see Alex in a professional setting for the first time for me, and just see how seamless that was for him to really incorporate all of the things that I know him to be, in his creative pursuits,” Rohdenburg said.

What Escaja said the staff at Outright did for him, Rohdenburg said he’s doing for others.

“Where Alex saw himself reflected in adults who were happy and living their authentic lives at Outright, youth can now look to Alex for exactly that.”

“Alex creates films about queer community that focus on the authenticity of the creativity, the joy of being LGBTQ where so often LGBTQ representation, in film especially, focuses on the struggle, the challenge, the trauma,” she said. “Being able to give a literal window into how wonderful the LGBTQ community can be is so impactful and so powerful for youth in Vermont and everywhere.”