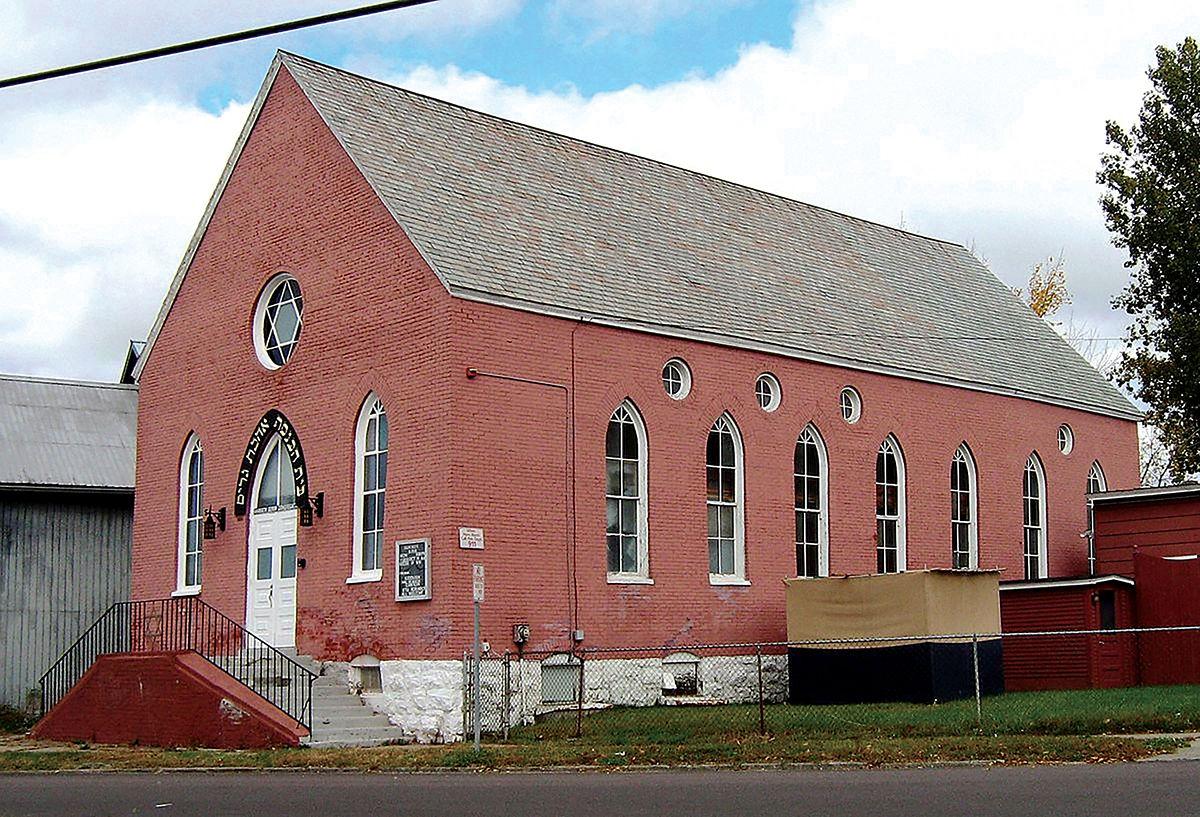 The original building that was Ohavi Zedek Synagogue on Archibald Street in Burlington’s Old North End. This area, which had at least three Jewish congregations, was known as Little Jerusalem. This building was built in 1885 and is the oldest synagogue in Vermont. It was founded in 1885 by 18 Jewish immigrants from Lithuania.

The congregation was formed on the religious holiday of Shavuot in 1966. This year Shavuot falls on May 28-30.

In 1966, a group of families decided to split from the Conservative Ohavi Zedek Synagogue on North Prospect Street in Burlington and begin a more liberal congregation in South Burlington – the first Reform congregation in Vermont.

By 1978, the congregation had 47 families, said David Greenberg, who has written a history of Temple Sinai.

For its first 20 years the Temple Sinai was a very mobile congregation, meeting in various places including people’s homes, the Chamberlin School and eventually Faith United Methodist Church in 1974.

In 1988, the congregation paraded the half-mile from Faith United Methodist Church down Dorsett Street to its new building, carrying four Torahs to their new home.

“People were honking and waving. It was quite something. We had all the little kids in it,” he said.

In stark contrast, he was disturbed by the recent trend of “Zoom bombings” of government meetings and religious services. Religion News Service reports incidents from around the country where Christian, Muslim and Jewish online gatherings have been interrupted with racist, anti-Semitic, anti-LBGTQ or sexist messages.

Mark Leopold, who has been a member of Temple Sinai since he was 14, said he didn’t experience a lot of anti-Semitism growing up.

“My friends were going to Catholic school. I was going to Hebrew school. They prayed in Latin and we prayed in Hebrew. And we ‘got’ each other,” Leopold said. “I learned to be a pluralist.”

But now he is part of a team monitoring the temple’s online services to block anyone trying to spread hateful messages. “We admit only people whose names we know,” Leopold said.

Although disturbing incidents do happen in Vermont, the state has been generally fared better than others.

Greenberg’s grandfather came from Poland to the United States in 1909. While at Ellis Island he heard, “There was this place called Vermont where you could buy land if you were Jewish.”

He moved to Rutland because he heard it was a town where there were a lot of Polish speakers.

But there was no synagogue.

He said over the years, having a name like Greenberg, there’s sometimes been “an undertone” – nasty mail and overheard comments like “Don’t bring that Jew back here.”

But in the political climate for the last three years or so, Greenberg said, “There’s been a lot more willingness to express hateful language.”

In the past, Temple Sinai hired a policeman to direct traffic on high holidays, he said. After the Tree of Life shooting in Pittsburgh on Oct. 27, 2018, killed 11 and wounded six – the deadliest attack on a Jewish community in the United States, they’ve decided they need a policeman at other services.

Burlington has always had a much larger Jewish community than the rest of the state.

There has always been racial and ethnic diversity because it was on a major trade route from Montreal to New York and Boston.

Salzman first moved to Vermont in 1978 and settled in central Vermont. In her town she was one of two Jewish people.

“What makes a person walk into a church and start screaming obscenities,” Salzman said. “It’s an existential crisis. You go to a service so you can let your guard down, so you can relax.”

As a lawyer, Greenberg helped his congregation find and purchase the land for Temple Sinai to build its synagogue in the 1980s. They originally found another piece of property, but the seller backed out after getting pushback from other community members about the building of a Jewish place of worship.

They finally found the property at the corner of Swift and Dorset streets, but Isador Myers, the farmer who was selling it to them wanted an agreement that they would build a synagogue.

He was upset because he had sold property to the Catholic church and they built condominiums. He wanted a place of worship. Myers had tried to get a Mormon congregation to build a tabernacle on some of his property, too.

The representatives from Temple Sinai asked Myers, who was not Jewish or Mormon, why his insistence that his property be used for buildings dedicated to the worship of religions that were not his.

“I’m covering all the bases,” he told them.