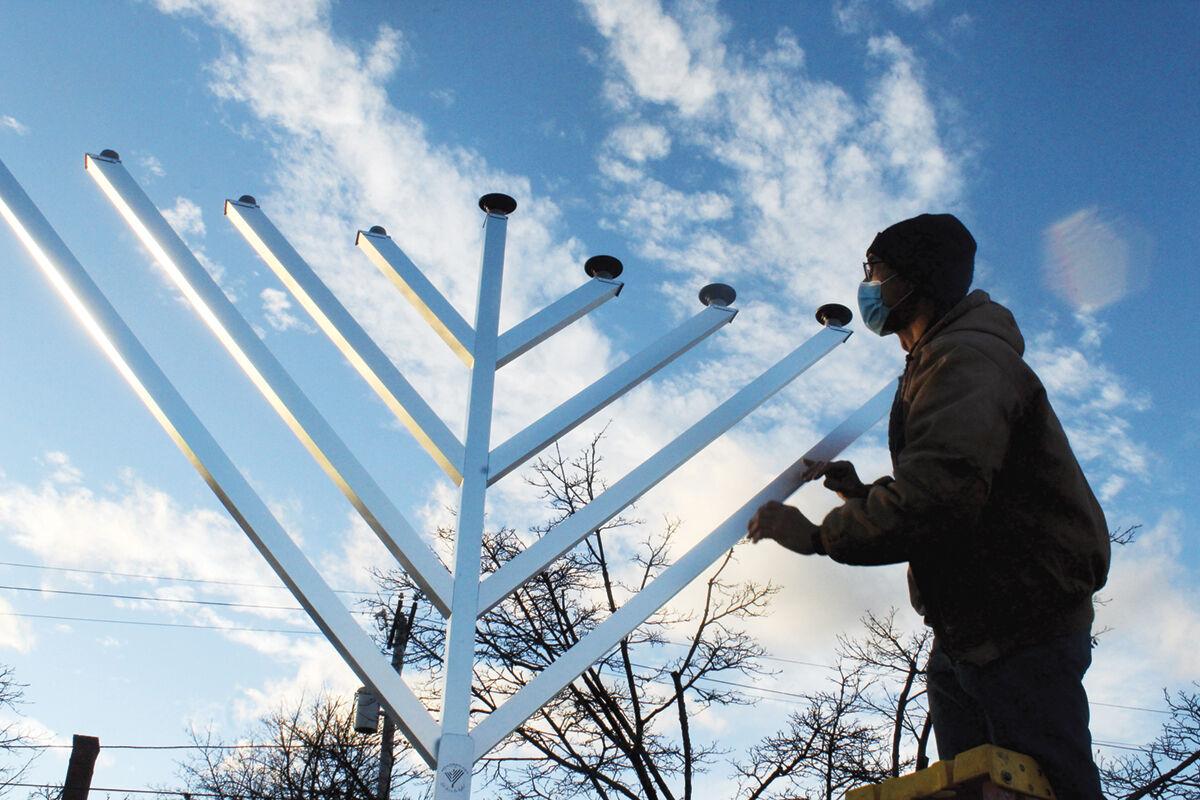 Andrew Keim prepares the menorah for lighting on Sunday, Dec. 13, in Burlington. 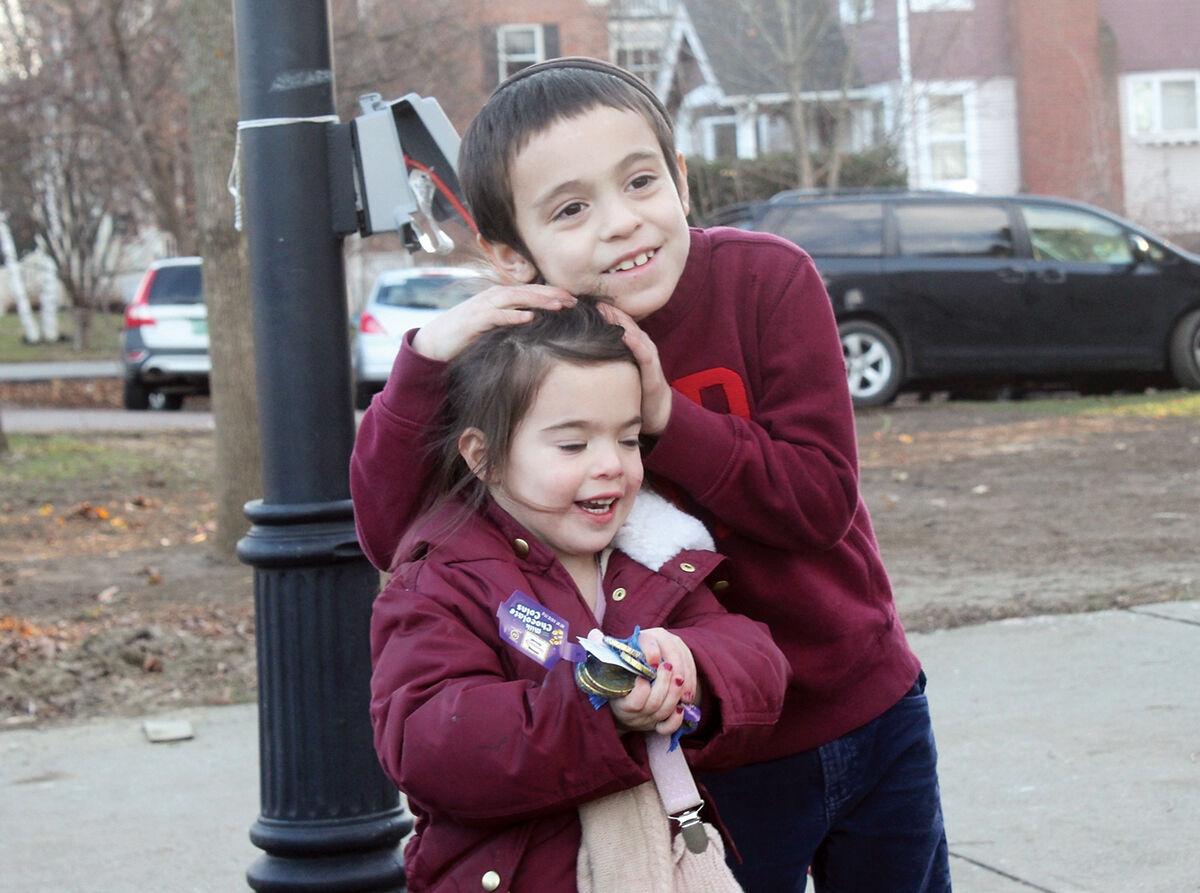 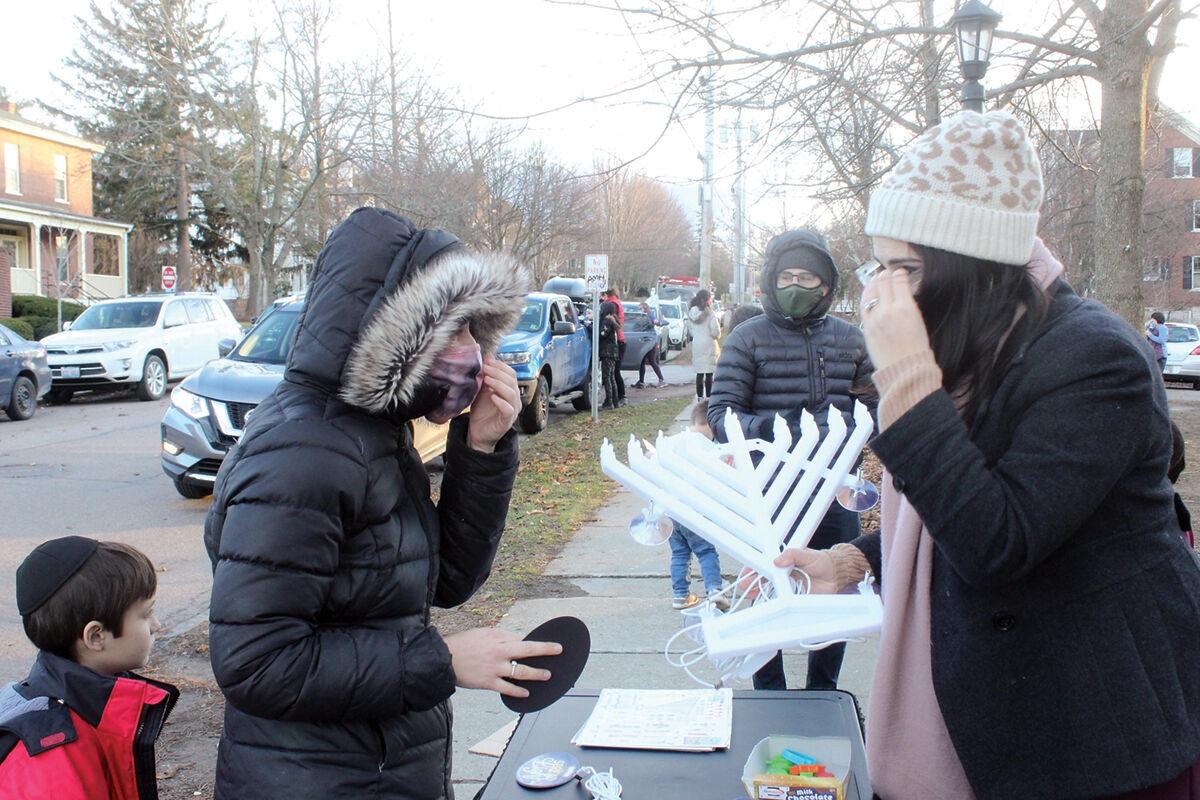 Draizy Junik, Chabad of Burlington program director, hands out a menorah to be attached to a car window before the parade of vehicles.

A group of families separated by their cars watches the memorah’s flames burn and listens to Hanukkah music. 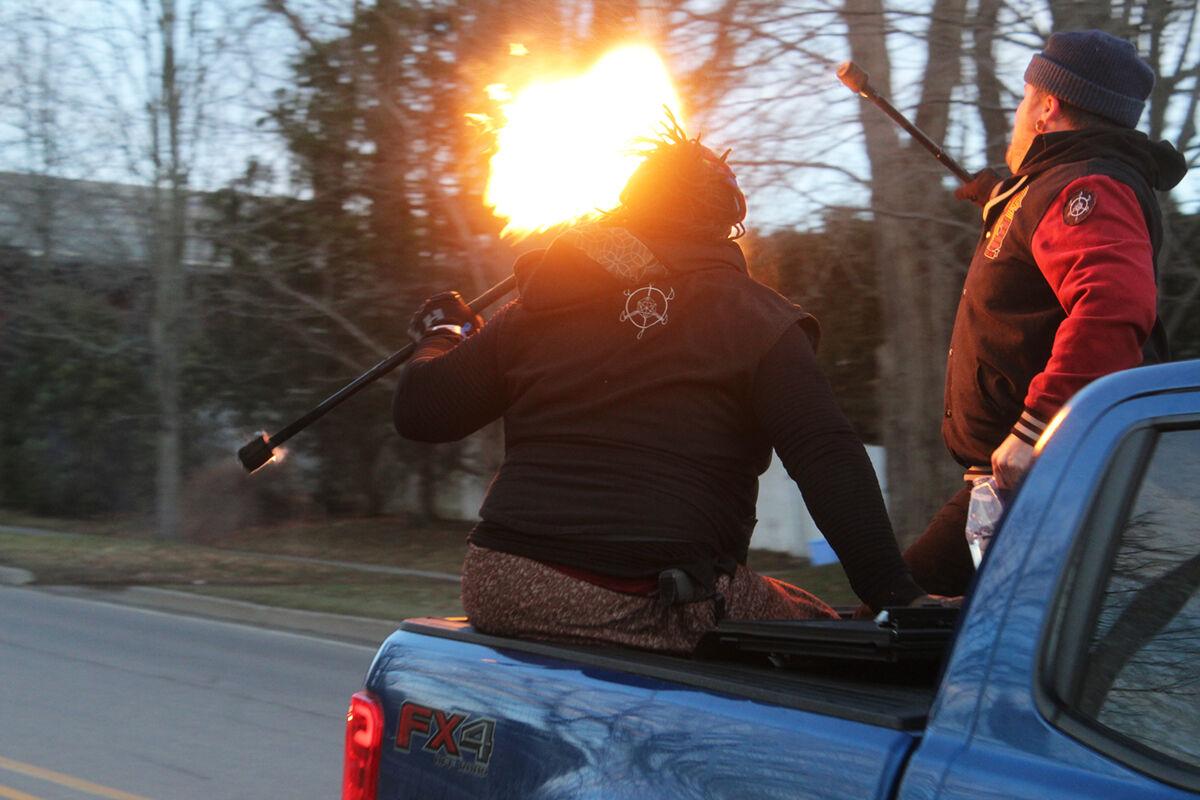 One of the performers with Peace, Love and Fire breathes fire as part of the Hanukkah parade.

Andrew Keim prepares the menorah for lighting on Sunday, Dec. 13, in Burlington.

Draizy Junik, Chabad of Burlington program director, hands out a menorah to be attached to a car window before the parade of vehicles.

A group of families separated by their cars watches the memorah’s flames burn and listens to Hanukkah music.

One of the performers with Peace, Love and Fire breathes fire as part of the Hanukkah parade.

Hanukkah may be known as the Festival of Lights, but it is also a festival of children and families.

Those gathered at Chabad of Burlington’s pandemic-adapted celebration of the fourth night of Hanukkah on Sunday, Dec. 13, mentioned children and families as central to the religious holiday.

This year was different than any other in the more than 2,000 years Hanukkah has been observed with a parade of around 50 vehicles, Burlington Police patrol cars, a couple of fire engines — but still bunches of children.

Adapting to the need to socially distance, the cars had menorahs attached to their windows with suction cups, lit by plugging into dashboards.

Considering the history of the Jewish people, Rabbi Yitzchok Raskin said, “There’s no question we have the strength to be able to overcome.”

The pandemic “only gives us more strength that we have to prevail,” Raskin said. “Hanukkah goes on. We do the best to work with it – we have this parade.”

After the parade had circuited Burlington, people arrived back at a large parking lot across the street from Chabad and had a drive-in community menorah lighting of the large menorah that usually draws large crowds.

The troupe Peace, Love and Fire–Vermont performed for those present with fire spinning and twirling beneath the large menorah while music played.

The children were thrilled to find the traditional gelt — chocolate coins given during the holiday — was still part of the festivities.

Dhani Wilhelm, who had a van full of excited kids, said the pandemic was not going to stop them from celebrating with their families.