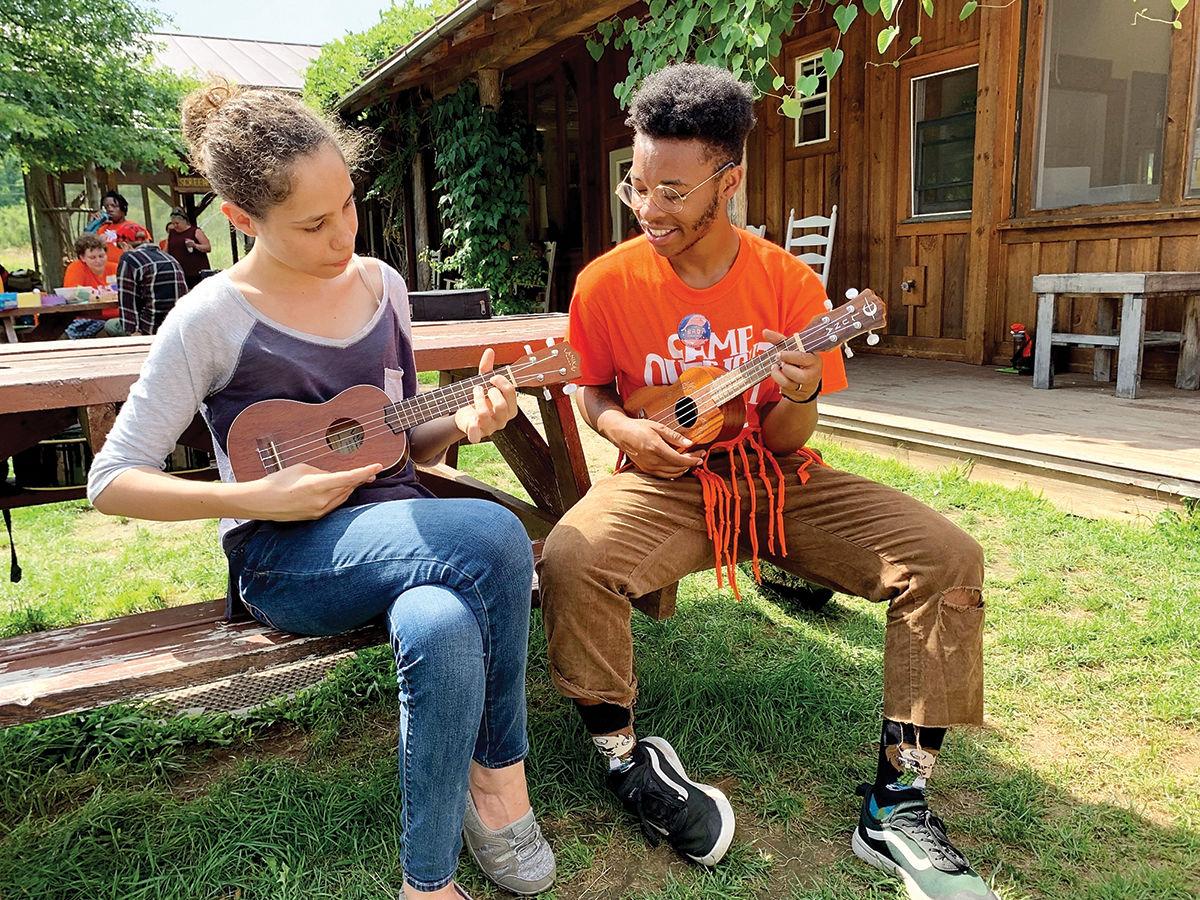 Camp Outright isn’t just a transformative place for its campers, it also means the world to the volunteers who work as counselors and cooks to help the camp run. 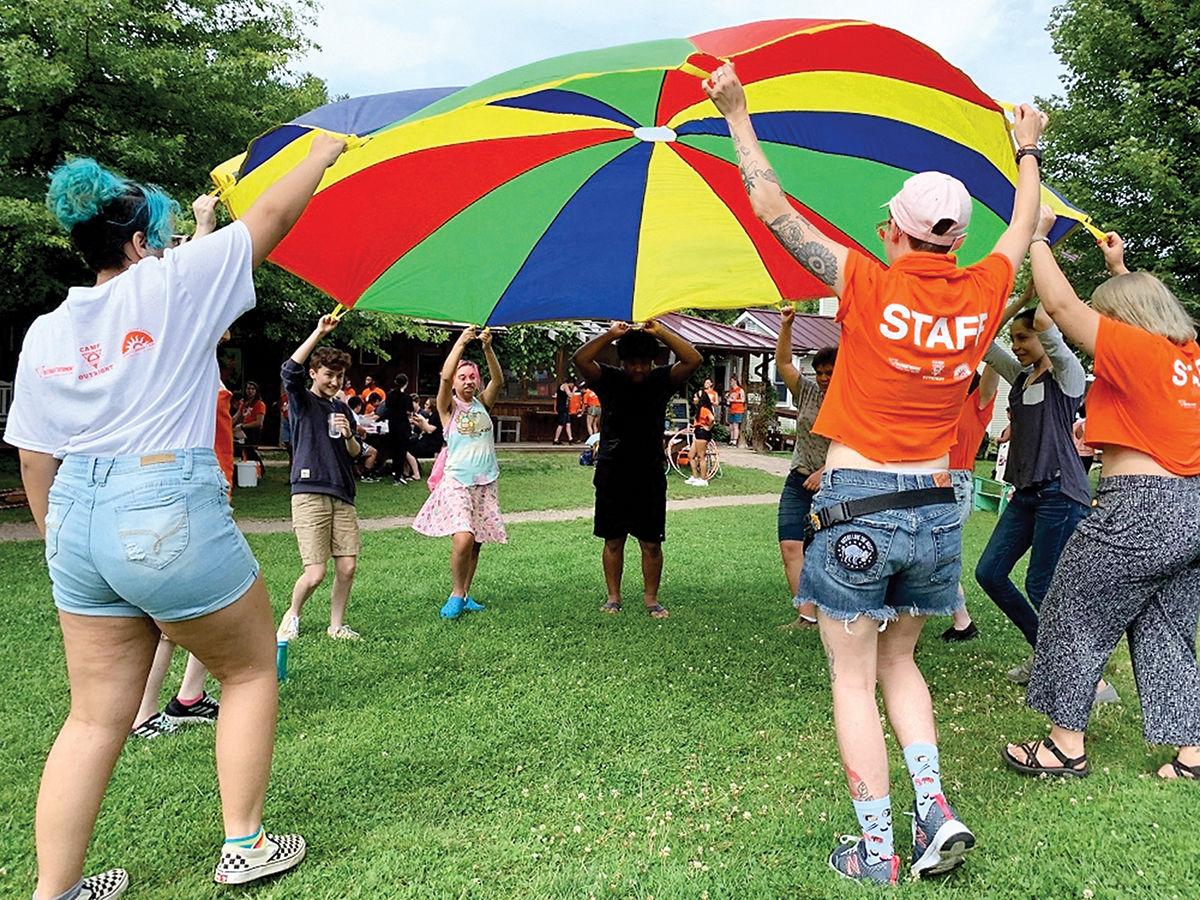 Camp Outright attendees and staff, seen here from a previous year’s excursion, share in a summer experience like no other. The “summer camp with a queer twist” offers workshops from archery to drag 101 and a safe – fun – space for those working to dismantle systems of oppression.

Camp Outright isn’t just a transformative place for its campers, it also means the world to the volunteers who work as counselors and cooks to help the camp run.

Camp Outright attendees and staff, seen here from a previous year’s excursion, share in a summer experience like no other. The “summer camp with a queer twist” offers workshops from archery to drag 101 and a safe – fun – space for those working to dismantle systems of oppression.

The camp is open to campers from across America and around the world, and no one is turned away for lack of ability to pay.

Outright Associate Director Amanda Rohdenburg described the camp, now in its 10th year, as a “traditional summer camp with a queer twist.”

Camp Outright, Rohdenburg said, in addition to being a safe place for queer and questioning youth and a picturesque summer camp, incorporates “a justice-oriented community mission.”

Unique, daily community-wide programming called “unity” requires campers and staff to do some sort of activity that focuses on learning about intersectionality and working to dismantle systems of oppression. Campers might spend unity time journaling, engaging in group discussions or any activity meant to promote deep thinking on how to fight inequality.

Campers can also choose from workshops like archery, hiking, flower crown making, or drag 101. Like any camp, Rohdenburg said the teens enjoy the activities but seem to get the most out of just hanging out with each other.

Camp Outright is a groundbreaking place for its campers and staff. Accommodations the camp offers its attendees to help them feel comfortable have been so popular, in fact, that Common Ground has incorporated some of Camp Outright’s policies for its own programming during the rest of the year—including ungendered bathrooms.

Rohdenburg said the need to create a sense of safety and dignity at the camp.

“At camp, campers who are hiding an important part of themselves in their daily life get to relax and be treated with dignity as their true selves,” she said, and campers often give her feedback that solidifies her belief that Camp Outright is a magical place.

One camper said that camp was the “first time in my entire life I haven’t felt lonely.”

The camp isn’t just a transformative place for its campers, it also means the world to the volunteers who work as counselors and cooks to help the camp run.

“It’s a chance to be in an intentionally queer/trans space, where queer and trans youth and adults are the majority. And so many of LGBTQ+ spaces revolve around dating, relationships, or sex — this was really different,” said Amelia Schlossberg, an Outright volunteer since 2015 who has volunteered in several capacities at the camp.

“Our goal at camp is building a whole community, one that is a safe environment for LGBTQ youth and getting to be part of that as an adult volunteer was transformative for me,” Schlossberg said.

The camp is currently planning to run this year, 6 days and 5 nights from August 16-22, although they are taking extra precautions given the COVID-19 pandemic.

“Camp Outright is working with our partners at UVM health center, Common Grounds, and the American Camp Association to stay up to date and will follow any recommended guidelines from these partners,” Rohdenburg said.

Registration is currently open but the camp is not taking deposits. This is to make it simpler for campers’ families to recoup costs if camp cannot be held in person this year.

No matter what, the staff and supporters of Camp Outright are committed to doing something special for queer youth, whether it be day camp, a virtual session or something else.

For more information on camp, or to donate, visit outrightvt.org/camp-outright.