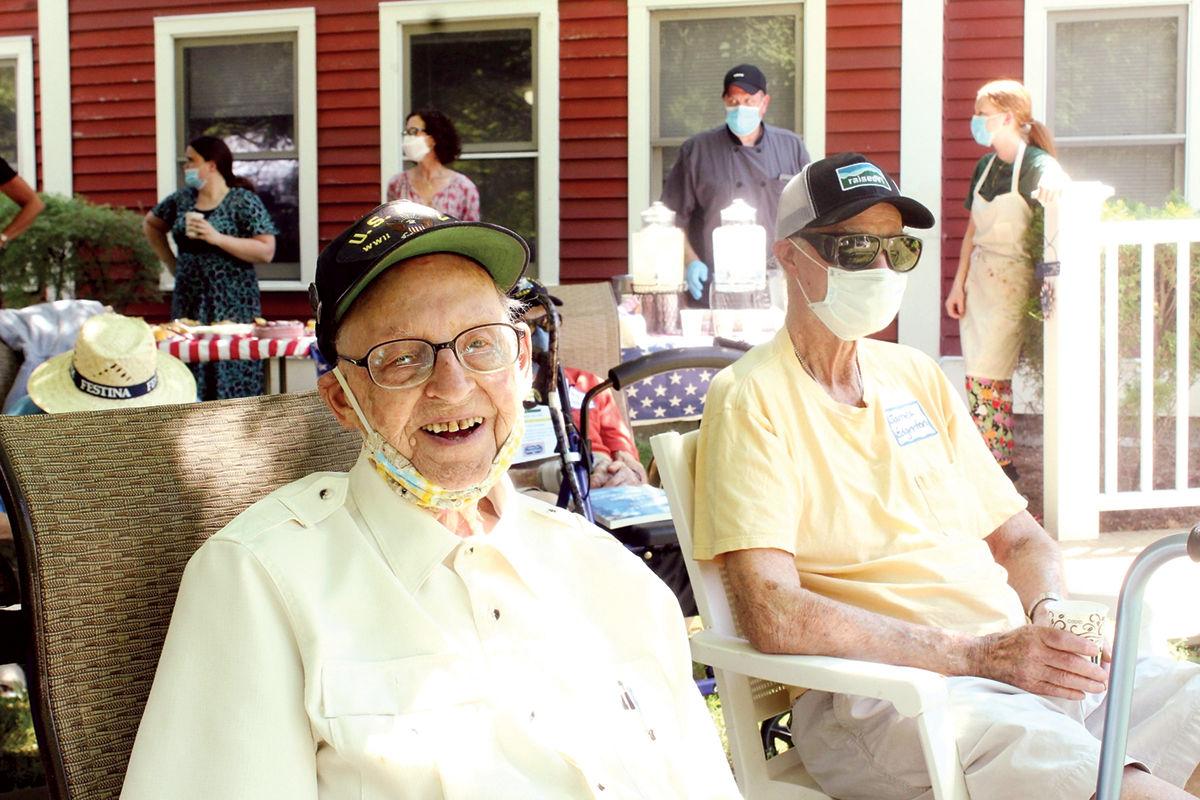 Lenny Roberge, 106, is all smiles at a celebration thanking him and other veterans at Pillsbury Manor South. 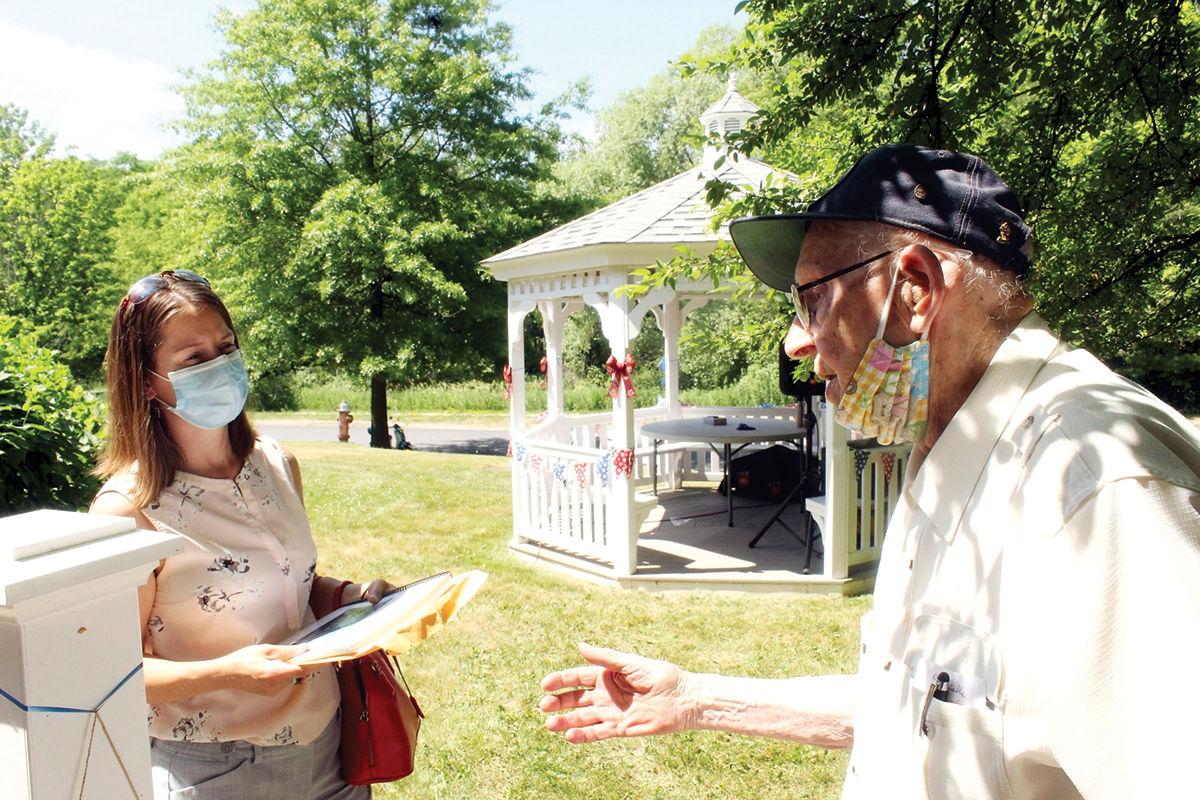 Kristine Lott, Winooski Mayor, and Lenny Roberge discuss the history of Winooski he has written.

Lenny Roberge, 106, is all smiles at a celebration thanking him and other veterans at Pillsbury Manor South.

Kristine Lott, Winooski Mayor, and Lenny Roberge discuss the history of Winooski he has written.

The day’s guests of honor were centenarian veterans – Lenny Roberge, 106, and Frances Duval, 101.

On the lawn of the Manor in South Burlington, Brig. Gen. Gregory Knight of the Vermont National Guard presented certificates, U.S. flags and many thank-yous to the veterans for their service.

Roberge, who as recently reported in this paper just celebrated his 106th birthday on June 12, has an attitude of independence appropriate for the Fourth of July – but he will not miss the fireworks this year.

“I never thought it was worth all the money spent. What do they get from shooting stars up in the sky other than a big ahhh?” he asked.

Roberge said the holiday is very important, though, and he is very patriotic: “I’m very lucky – I got to serve my country.”

He remembers when he was in the Navy stationed in Portland, Maine, during World War II, how lights were kept out on the Fourth of July, just like other nights. No fireworks.

After work and on weekends, he renovated the second and third floors. He rented the two apartments to help pay the $105-a-month mortgage.

When he found the house, the first home he had owned, he told his wife, “We can’t lose.”

It was in downtown Brattleboro, near the church and the school. When he needed something for his renovation work, he could walk to the hardware store.

One of his first tenants moved out when he told her he was going to have to raise the rent from $30 a month to $35.

In those days, July 4 was not a day off for him. It was another day to work on home renovations.

Having grown up very poor in Williston, Roberge said, “I was happy as a lark to own my own home.”

“In 1991, when we left Brattleboro, there wasn’t spot on the house I hadn’t personally touched and improved,” he said.

Roberge had to give up his car and driving about eight years ago.

Roberge, who has a reputation for his jokes, primarily travels by walker these days. “My walker doesn’t use much gas. If it has any gas, I’m the one who makes it.”

After delivering the punchline, he and his walker returned to the air-conditioned sanctuary of his apartment.

Because of the heat, Frances Duval, who turned 101 on June 3, did not come out to the veterans’ celebration.

Reached by phone, he said he also is not a fan of July Fourth fireworks. Duval may have had enough of explosives, working with armaments during World War II in the Army Air Force in Walla Walla, Washington, and Avon Park Army Airfield in Florida.

He’s also had enough of July Fourth parades in his time. After he got out of the service, he learned to play the fife and joined a fife and drum corps, performing in lots of parades.

He loved it. He traveled around the country playing with the fife and drum corps.

“It was fun. My family used to follow me around. But now, my two daughters won’t go to a parade,” Duval said. “I went to the fireworks in Burlington once and once was enough.”

After the war he mustered out of the Army Air Force. Two years later when the Air Force became a separate branch of the service, he signed up.

He spent time in Saudi Arabia, Morocco and Japan with the Air Force. He particularly enjoyed his three-and-a-half years in Japan.

Having grown up in Amherst, Massachusetts, he said, “It was a completely different life.”

Duval said one of the important things he’s learned to do is “keep his nose out of other people’s business.”

This sounded like a good time for a reporter to quit asking questions, fascinating as his business may be.

Honor. This is a word that is ingrained into the ethos of people who have served in the U.S. military.