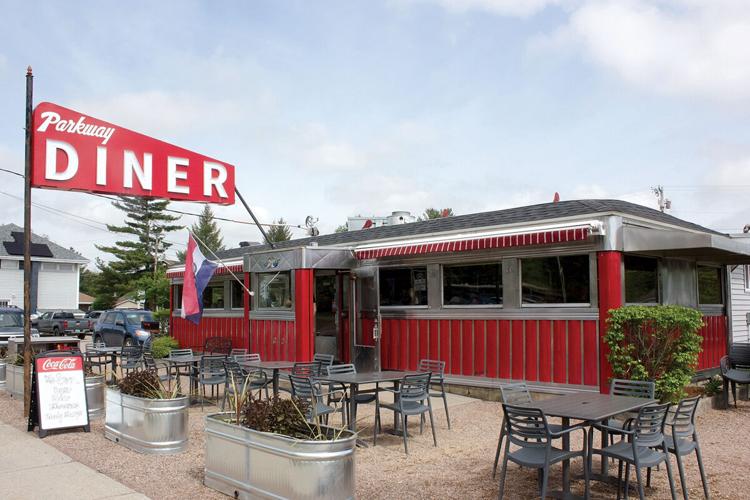 The Parkway Diner opened in South Burlington in 1956 and has weathered closures, changing menus, new owners and a pandemic. See our story, page 17. 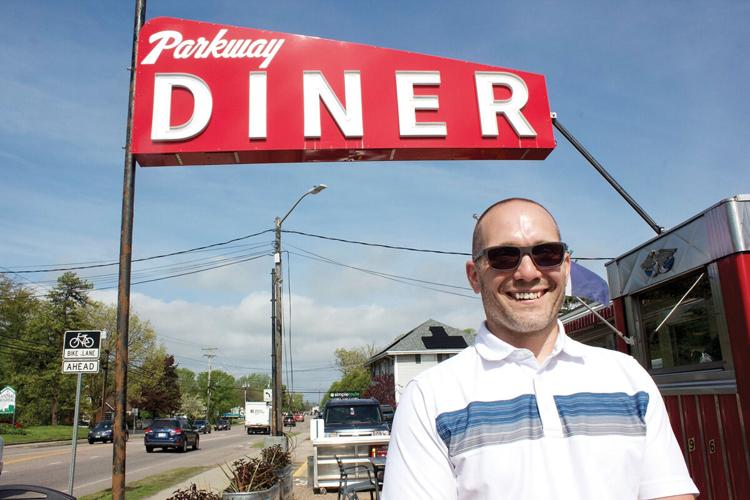 The Parkway Diner has only been reopened for four weeks since its lengthy closure during the pandemic, but the joint was bustling when new owner Brian Lewis stopped by Monday morning. Some tweaks to the iconic South Burlington eatery include a shiny new sign, outdoor seating and a new menu with some boozy options.

The Parkway Diner opened in South Burlington in 1956 and has weathered closures, changing menus, new owners and a pandemic. See our story, page 17.

The Parkway Diner has only been reopened for four weeks since its lengthy closure during the pandemic, but the joint was bustling when new owner Brian Lewis stopped by Monday morning. Some tweaks to the iconic South Burlington eatery include a shiny new sign, outdoor seating and a new menu with some boozy options.

The danger of the fluffy pancake is in its dryness. Many diners that take on the fluffy pancake veer into paper towel texture territory, meaning patrons must soak said cakes in syrup to get any ounce of moisture out. And for syrup, most diners across the country carry Aunt Jemima and charge extra for Vermont’s finest maple, making the whole venture of ordering pancakes off the the menu a gamble.

The buttermilk pancakes at Parkway Diner in South Burlington transcend everything you think you know about diner pancakes.

Somehow, they are incredibly fluffy, maybe an inch thick, but still light and moist inside, with a sweetness that’s silkily cut through by the buttermilk. Heaps of syrup are not required to moisten this crempog (some Welsh trivia for you), but even so, every syrup dispenser in the diner is filled with the real stuff.

Behind the magic of those pancakes is one of South Burlington’s most iconic, beloved locations — a little vintage lunch car with red booths, bustling waitresses, friendly barflies of the breakfast variety and some topnotch drip coffee — known as the Parkway Diner.

The fate of the eatery, which locals have flocked to since it opened in 1956, has been in question for nearly two years during the coronavirus pandemic, when former owner Corey Gottfried shuttered its doors temporarily. Then indefinitely.

New owner and Vermont restaurateur Brian Lewis — whose first passion is cooking, second passion is opening restaurants and third passion is motorcycles — resurrected the diner earlier this year, finally opening it back up four weeks ago.

Since then, he’s felt the gratitude of the community, from longtime patrons to the local historical society.

“They’re excited to come back to a place that they went to for many, many years. It’s great to be a part of a community in that way,” Lewis said.

His first experience in restaurants began at age 16 washing dishes. After that, he fell in love with cooking, eventually moving to Seattle where he delved deeper into the food scene and began cooking across the West Coast.

In 2018, he opened his first restaurant, Toast & Eggs, in Waitsfield, which blasted to success, growing 300 percent during the pandemic, according to Lewis, before he sold the business last year. Around the same time, he opened his second restaurant, the Filling Station, in Middlesex, which serves burgers and sushi, among other things.

Both restaurants pivoted during the pandemic, with Toast & Eggs offering takeout fare, outdoor seating, a heated tent and prepared foods. Lewis opened Filling Station with COVID-19 in mind, adding a built-in takeout window and making sure the restaurant’s funky garage doors opened up to allow an open air dining space.

When he was a kid, Lewis didn’t see himself growing up to open restaurants.

“I think I really started looking when I got to Vermont, when I saw opportunity,” he said. “I think Vermont is a place where if you really put yourself out there and you’re willing to work really hard, you can be successful.”

He doesn’t make as many fancy dishes anymore as when he was cooking on the West Coast; instead, Lewis said he likes to “to do simple things, well.”

That same philosophy is partly why he loves diners, specifically, the Parkway.

“It’s the feel inside of the diner when you walk in, it’s the people that go, it’s the classic food. When you go to a diner you know that you’re going to get good food,” he said.

Locals have been eating at the Parkway Diner since it opened in 1956, according to an old issue of the Burlington Free Press, and have stuck around as it’s weathered changing menus, a few closures and a slew of different owners, from the Lines brothers to the Hatgen family (who still own the property) to the Alvanos and eventually to Gottfried.

While the food seems to have stayed reliably good over the years, patrons have also flocked to the diner for the regular faces and funky characters, like Mary “The Actress” Magnuson and Sparkplug to name a few.

A few things have changed since the diner reopened under Lewis’ leadership. He refurbished the iconic sign with help from the South Burlington planning and zoning staff and historical society, added an awning and outdoor seating, and introduced a new menu of booze. He’s also interested in extending the operating hours later than 7 a.m. to 2 p.m., perhaps incorporating a dinner menu, but right now “we’re still getting our feet wet,” he said.

The tweaks are subtle, little updates that maintain that iconic diner experience. “That keeps it really familiar, but it also will draw in a more diverse crowd,” Lewis said.

Jim Buran drops into the diner at least once a week — he was a regular before the Parkway Diner closed two years ago and was thrilled to hear its doors were opening again.

“The vibe is really good. I live down the street. I just love coming here. The food is really good and not too expensive,” Buran said.

At 9 a.m. on a Monday, the bar isn’t too crowded when he slides in and orders some pancakes with blueberries and coffee. But a half hour later, nearly every red and chrome barstool is taken and the bubble of chit-chat among strangers begins.