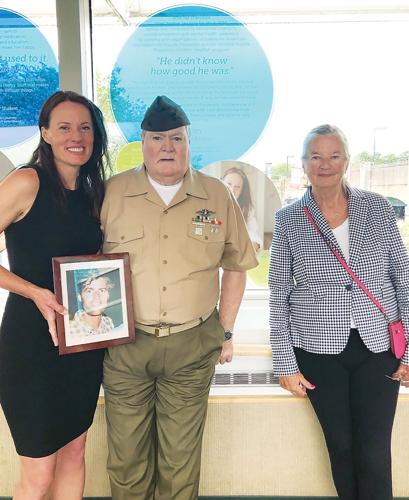 Ashley McAvey and her parents celebrate her late brother Ian’s life at the “Deconstructing Stigma” exhibit at the Burlington International Airport in June. 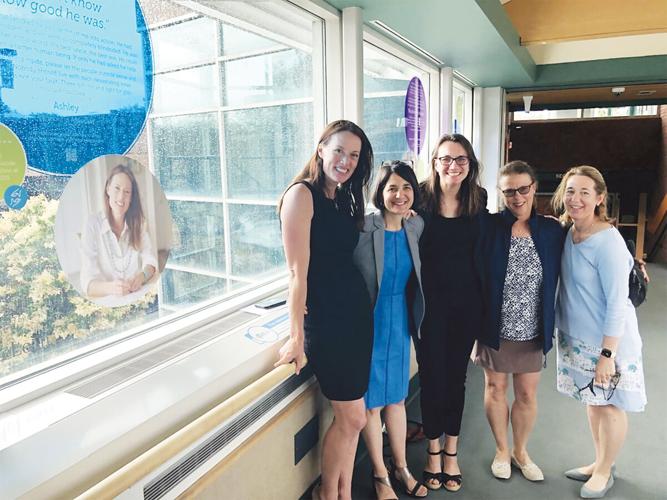 McAvey was joined at the event by Shelburne representatives Jessica Brumsted and Kate Webb.

Ashley McAvey and her parents celebrate her late brother Ian’s life at the “Deconstructing Stigma” exhibit at the Burlington International Airport in June.

McAvey was joined at the event by Shelburne representatives Jessica Brumsted and Kate Webb.

Ashley McAvey stopped speaking mid-sentence. She and her son had been trying to free a trapped ladybug from their Shelburne home all morning. “My activism is coming through as we speak,” she said laughing.

When she’s not saving ladybugs, McAvey advocates for mental health awareness and suicide, often by recalling her late brother Ian who died by suicide in 2016. No words can describe the experience, she said; it was beyond devastating.

“It changed everything” for her in terms of how she perceived mental illness and how she viewed suicide, McAvey said.

Before her brother’s death, she thought suicide was selfish, something people did to other people. But she described her brother as “the most selfless person on the planet,” someone who loved his family, who arranged a visit from the Shelburne Fire Department for his nephew’s birthday, who won dozens of trophies as a racecar driver.

“Him dying in this way made it so clear that this is not a selfish act, it’s a desperate act,” McAvey said. “So often, people die by suicide and other people don’t even know they’re suffering because they’re ashamed.”

Now her and Ian’s story is in large print, gracing the windows and walls of the Burlington International Airport in South Burlington in an exhibit called “Deconstructing Stigma: Changing Attitudes About Mental Health.” In partnership with the McLean Hospital in Massachusetts, the exhibit features 24 people, 11 of whom are from Vermont.

The process of erecting the exhibit started with a phone call, McAvey remembered. After she saw a similar installation at Logan Airport in Boston, she became determined to bring it to Vermont.

“Ashley is such an incredible person who has brought so much light to a topic that has been hidden in the dark for way too long,” said Shelburne representative Jessica Brumsted, who attended the opening of the exhibit. “With all the people who come and go through our Burlington airport, I can’t think of a better place to have this exhibit. It brings hope and wisdom to all of us to reach out with a smile and conversation; to be there for each other.”

Since diving into mental health activism five years ago, McAvey has trained with the Vermont Suicide Prevention Center, given a TEDx Talk and spoken to students at the Shelburne Community School. She believes “kids need to feel empowered” to talk about mental health and suicide.

That’s kind of her thing: to exude an empowering light and remind people that nobody is alone. One of her favorite moments talking to the students was when one boy asked what kind of racecar Ian drove. McAvey’s response is visible as travelers walk through the airport: “I told them, ‘Ian would love the fact that you’re asking about this,’ because, again, that’s focusing on how he lived.”