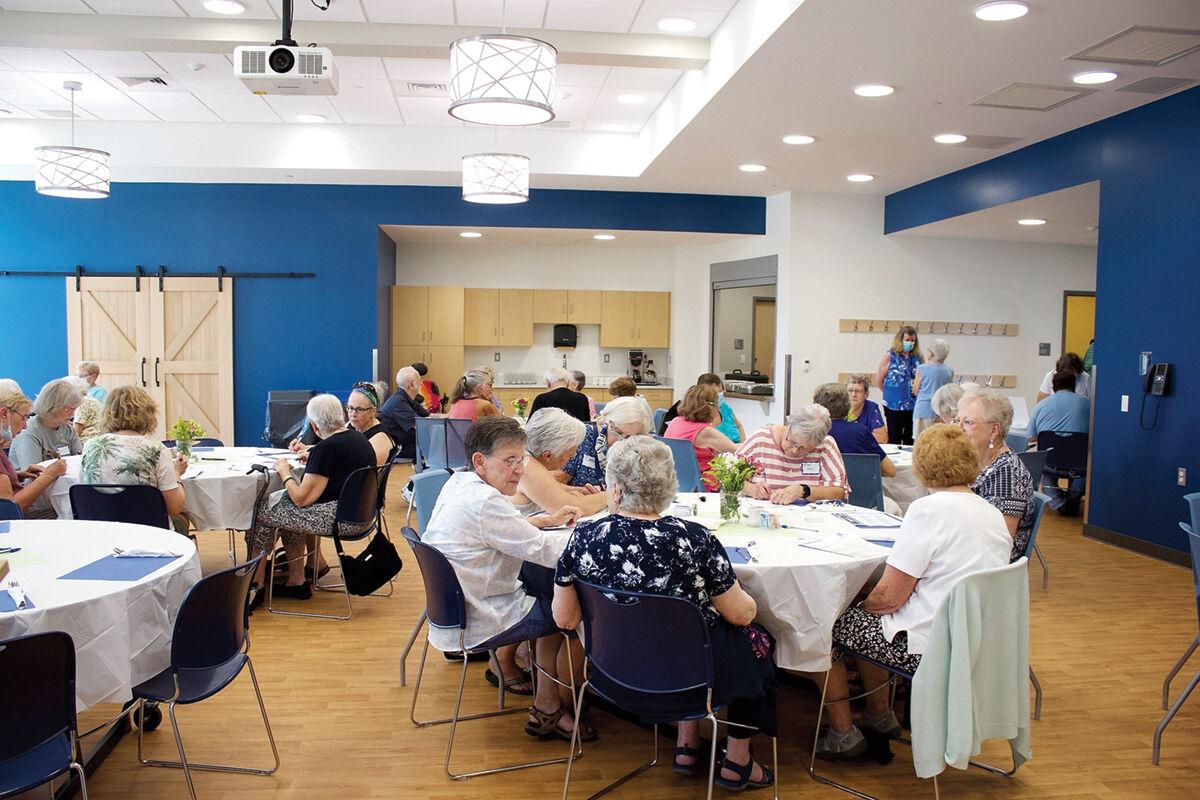 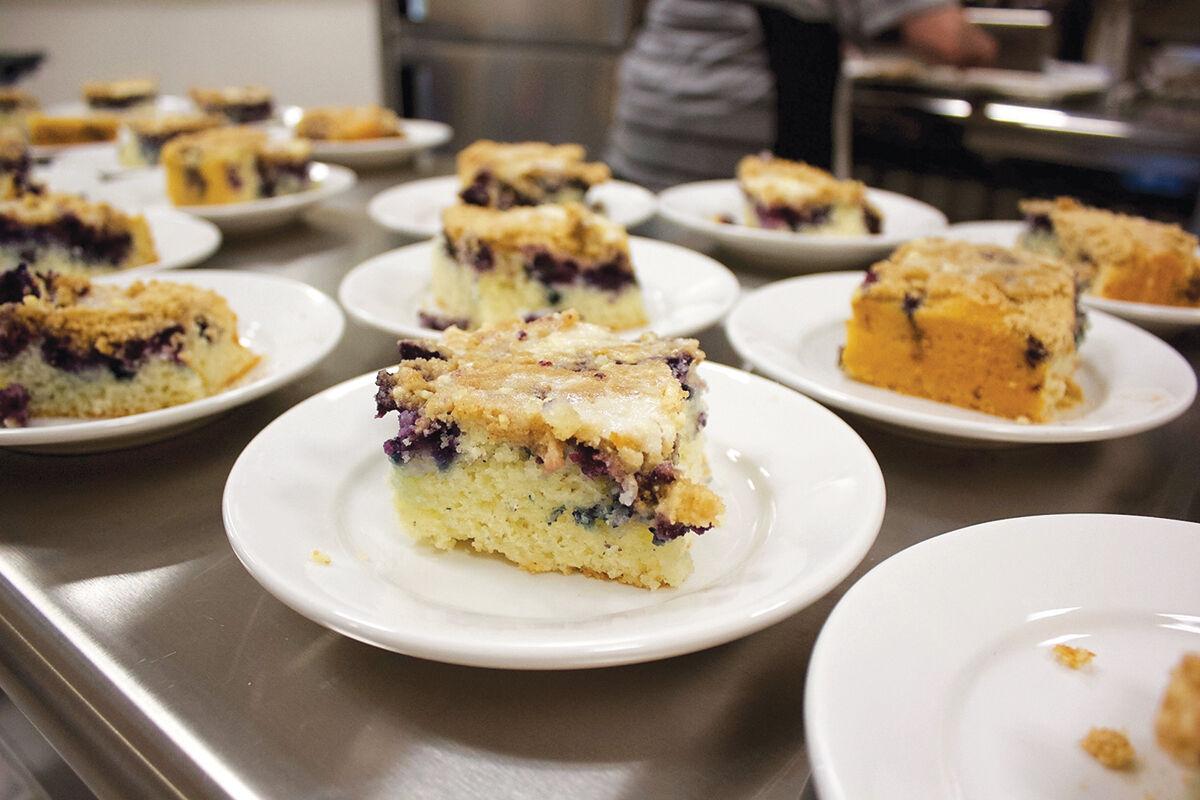 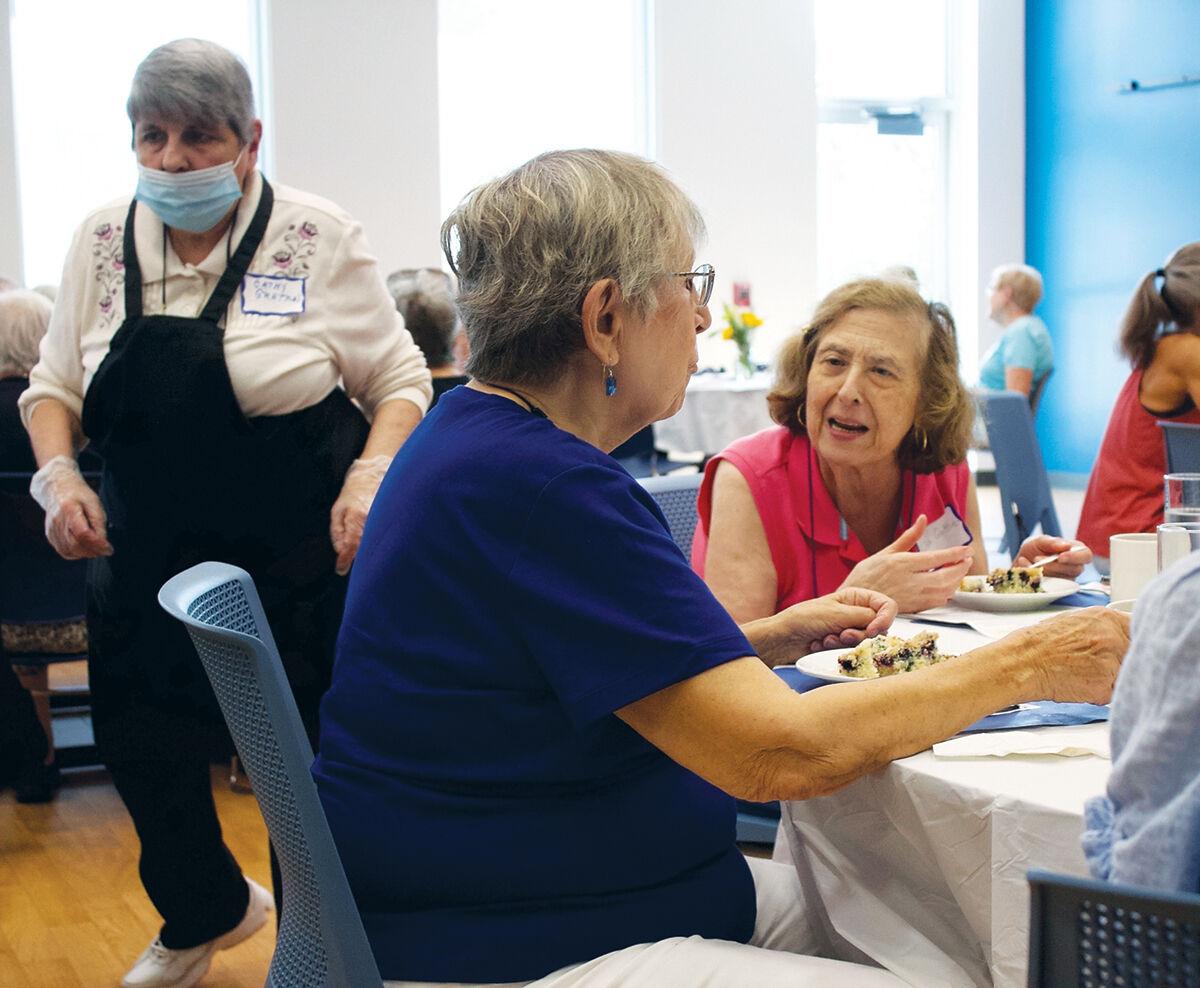 Old friends and newcomers visited the Kevin L. Dorn Senior Center Aug. 25 for the first of many community lunches.

Old friends and newcomers visited the Kevin L. Dorn Senior Center Aug. 25 for the first of many community lunches.

People bustled into South Burlington’s senior center, some sitting at round tables and laying down their sweaters to save seats for friends, others gingerly chatting with new acquaintances. The clanging of utensils drifted out of the kitchen where members of Age Well plated dishes laden with corn, quiche and potatoes for the first in-person senior meal since the center opened this summer.

While many at the event have been involved in South Burlington senior activities for years, mostly out of conference rooms in the old city offices, many seniors in attendance signed up to meet new people.

Carin Sargent, a recent transplant to Vermont from Virginia, joined a table of ladies she’d never met, some who were no strangers to the weekly lunches and others who were also newbies.

She loved the senior center back in Virginia, Sargent said, and was excited to find one as she explored the city’s public library, just around the corner. She hopes to play some mah-jong, a Chinese tile game, and make new friends at one of the many game nights planned for September.

The senior center, which opened in late July, kicked off its fall schedule with the first weekly lunch on Aug. 25. September, which also happens to be Senior Center Month according to the National Council on Aging, is full of games, craft days, weekly meals, coffee hours and, of course, bingo.

Pamela Waldschmidt, one of the people sitting at Sargent’s table, participated in the weekly senior lunches in the old city offices, but the new digs don’t even compare, she said. While Sargent is excited for games like mah-jong, Waldschmidt is ready for exercise classes not yet on the agenda.

Isham, who spearheaded the event, was thrilled to see how many people poured out for the community meal, her first event since joining the department this summer. The staff served 59 meals total, one short of the maximum number of slots. The event couldn’t have been possible without all the volunteers who helped, she said, and the department is always looking for more.

One of her favorite parts of the lunch was meeting people in person and “being kind; making sure people are laughing and smiling,” she said. Senior centers “promote independence,” and are especially important for older folks who live alone or don’t have any family nearby, she added.

“It’s not a daycare, but about having that social interaction, whether you’re here a 50-year-old or a 98-year-old,” Isham said.

Local painter Ernest “Ernie” Haas has lived alone since his wife died. His 94th birthday is around the corner, Haas said, but he doesn’t like birthday parties or hosting events himself. What made him join the lunch? The menu, he told Isham.

“We’re having quiche? Well, sign me up,” she recalled him saying, with a laugh.

David White and Gail Thompson, laughing and chatting at a corner table, said they used to attend activities at the Winooski senior center before South Burlington built its own. Now, they’re excited to dive into activities a little closer to home.

Coffee or tea, anyone?

The smells of coffee and tea waft out of South Burlington’s senior center living room, while chatter floats out of the bright room and up the …