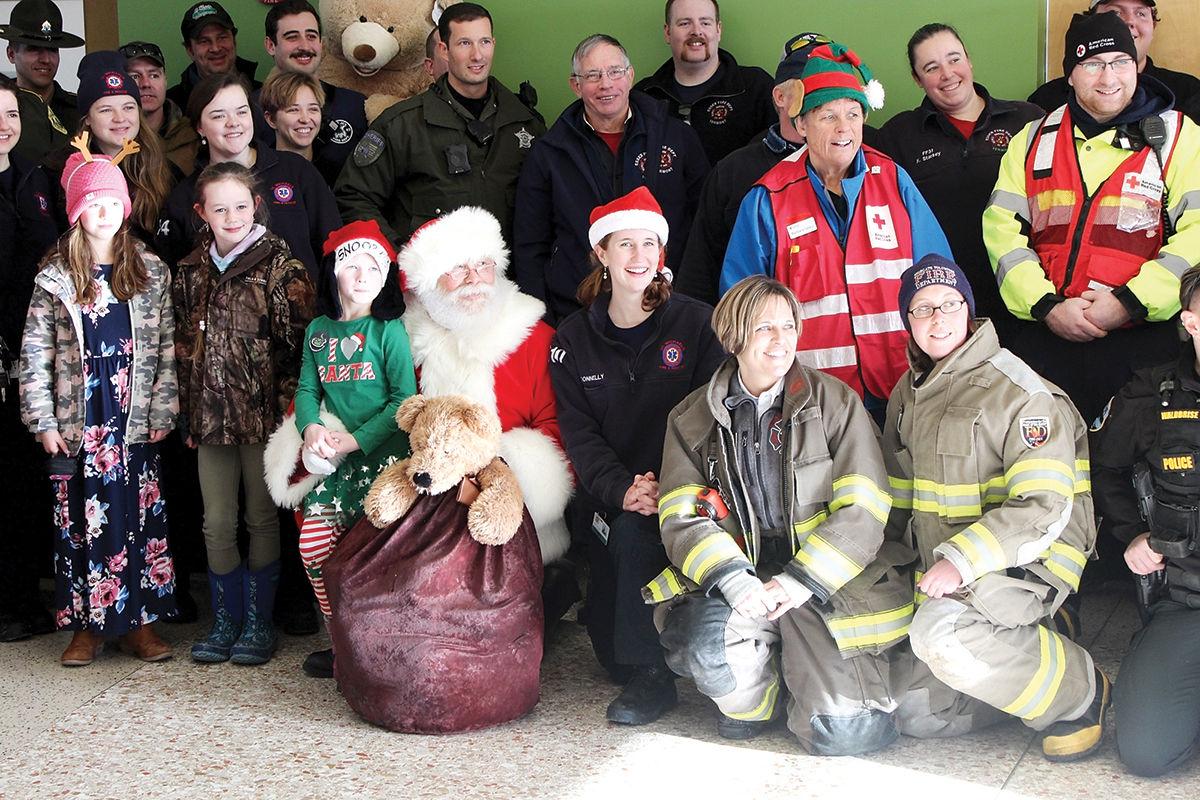 Participants in this year’s Operation Firecuffs pose with Santa inside the UVM Medical Center. 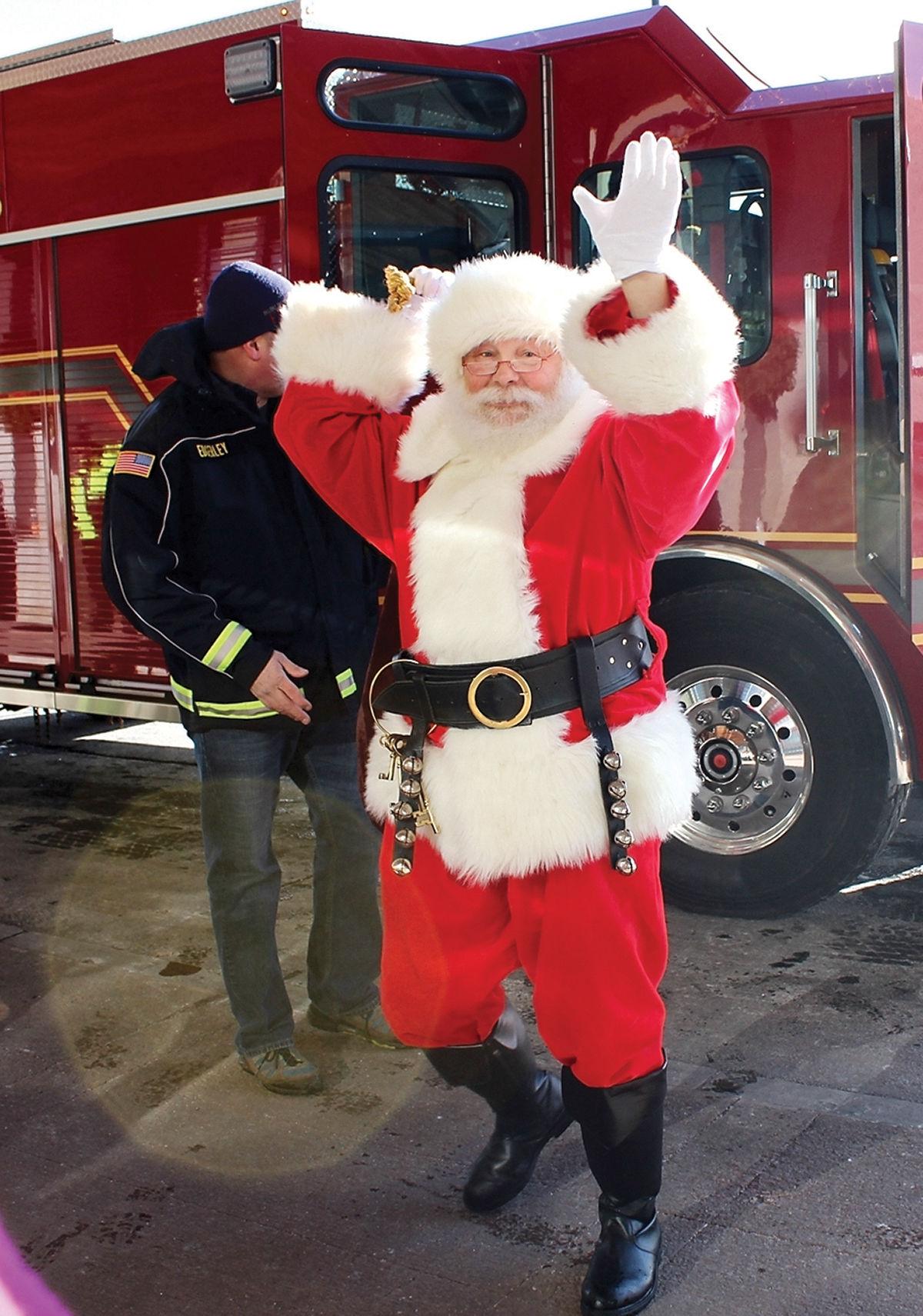 Santa dismounts a fire engine with a sack of toys for kids in the UVM Children’s Hospital. 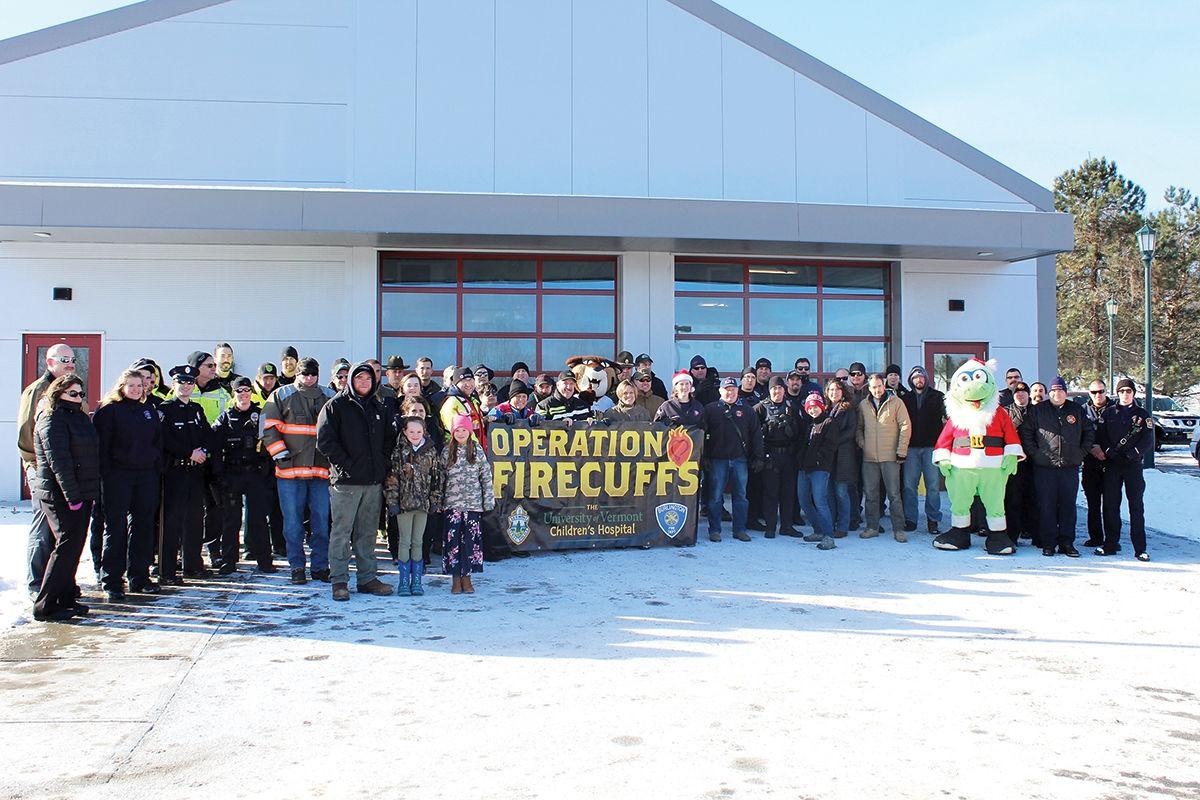 Emergency workers and local businesses participated in the ninth annual “Operation Firecuffs” on Dec. 19. The fundraiser collects new toys to give to children at the UVM Children’s Hospital. 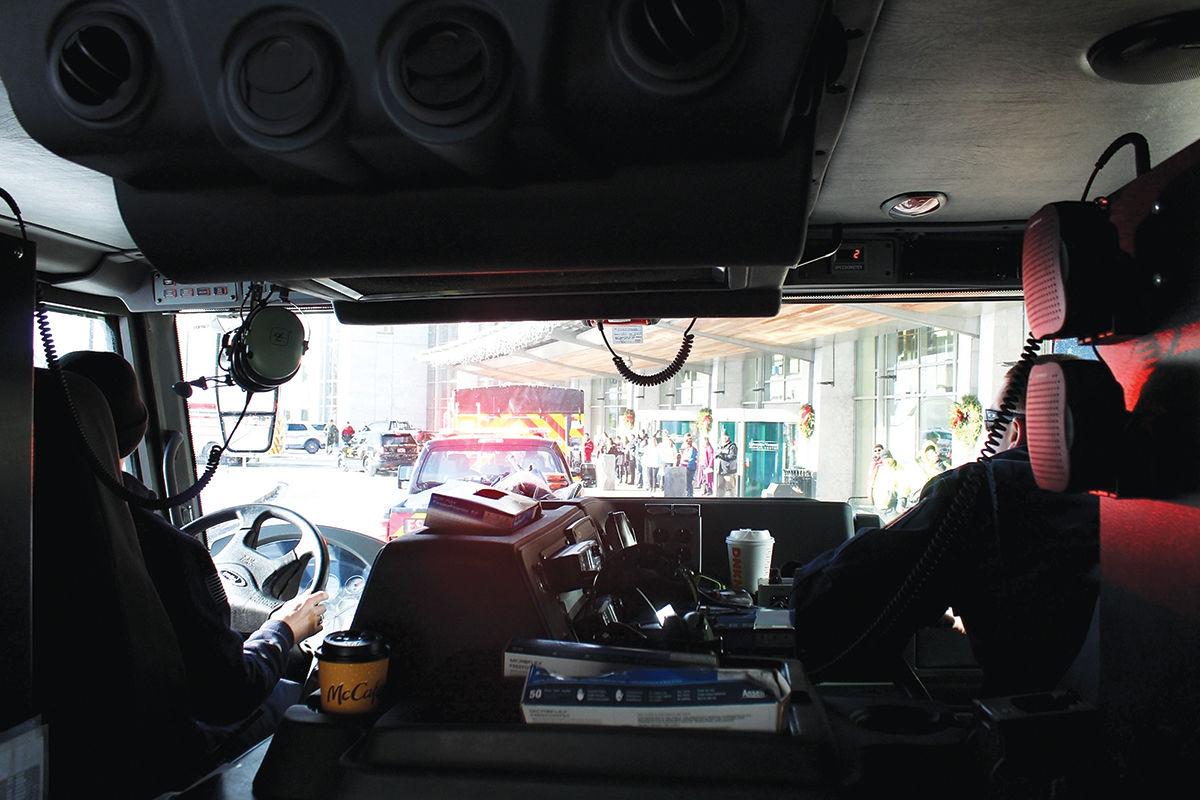 Participants in this year’s Operation Firecuffs pose with Santa inside the UVM Medical Center.

Santa dismounts a fire engine with a sack of toys for kids in the UVM Children’s Hospital.

Emergency workers and local businesses participated in the ninth annual “Operation Firecuffs” on Dec. 19. The fundraiser collects new toys to give to children at the UVM Children’s Hospital.

South Burlington firefighters Alex Spencer and Mike Walsh hopped into the fire truck for a very different type of call on Thursday, Dec. 19.

Just behind the center console sat heaps of toys. The siren wailed as they headed up the hill toward the University of Vermont Medical Center where they joined emergency workers from across the county to deliver gifts at the children’s hospital.

This year, 40 agencies from across Chittenden and Franklin counties participated, along with several area businesses.

The group starts its collection effort each November, with 52 drop off locations in fire and police departments and local businesses.

According to Edgerly, it has been incredible to watch the program grow over the years.

“We’ve all seen the worst,” Edgerly said, noting house fires, car crashes and other emergencies. “We never get to see the positive.”

That is why Operation Firecuffs is a win-win, providing comfort and joy to sick children, and allowing emergency workers to join a cheerful event.

In South Burlington, Spencer has taken the reins on collections over the past four years. This year, department newcomer Walsh joined him.

The duo solicited toys from their colleagues and locals in the weeks leading up to the event. Then, just before noon on Dec. 19, they turned their bright-red rig onto East Avenue in Burlington to line up for the gift-giving procession.

It was one of the coldest Operation Firecuffs to date – with a wind-chill of -10 degrees. At least that was the word on the helicopter pad as the group readied their “sleighs” to convoy up the hill to the hospital.

But any lingering chill melted at the sight of Santa dismounting from a fire engine with a bounty of gifts for the kids.

“It’s definitely to show [the kids] they have more people supporting them in their time of need,” Spencer said. “Some of them are in the worst fight of their lives.”

He added that since some of the children won’t get to go home for the holidays, it’s a great way to bring the holidays to them.

At the hospital loading-dock the emergency personnel worked like diligent elves, carting toys from their vehicles to the children’s ward. Inside the bright solarium, Santa read to a group of children and the Vermont Agency of Agriculture doled out hot chocolate and ice cream.

Staff from the Medical Center thanked Operation Firecuffs participants for their efforts, telling them that the gifts would be given out to children during an event on Friday, Dec. 20.

Extra gifts would be stored to give to kids throughout the year.

According to Edgerly, the 10th annual Operation Firecuffs will be a-go in 2020. Participants are eager to further grow the program.

“How do you measure a year?” As a reporter, it might be summed up in minutes spent in council and committee meetings, notebooks filled the number of papers sent to press … or cups of coffee. But, really, it’s so much more.

South Burlington: By the Numbers