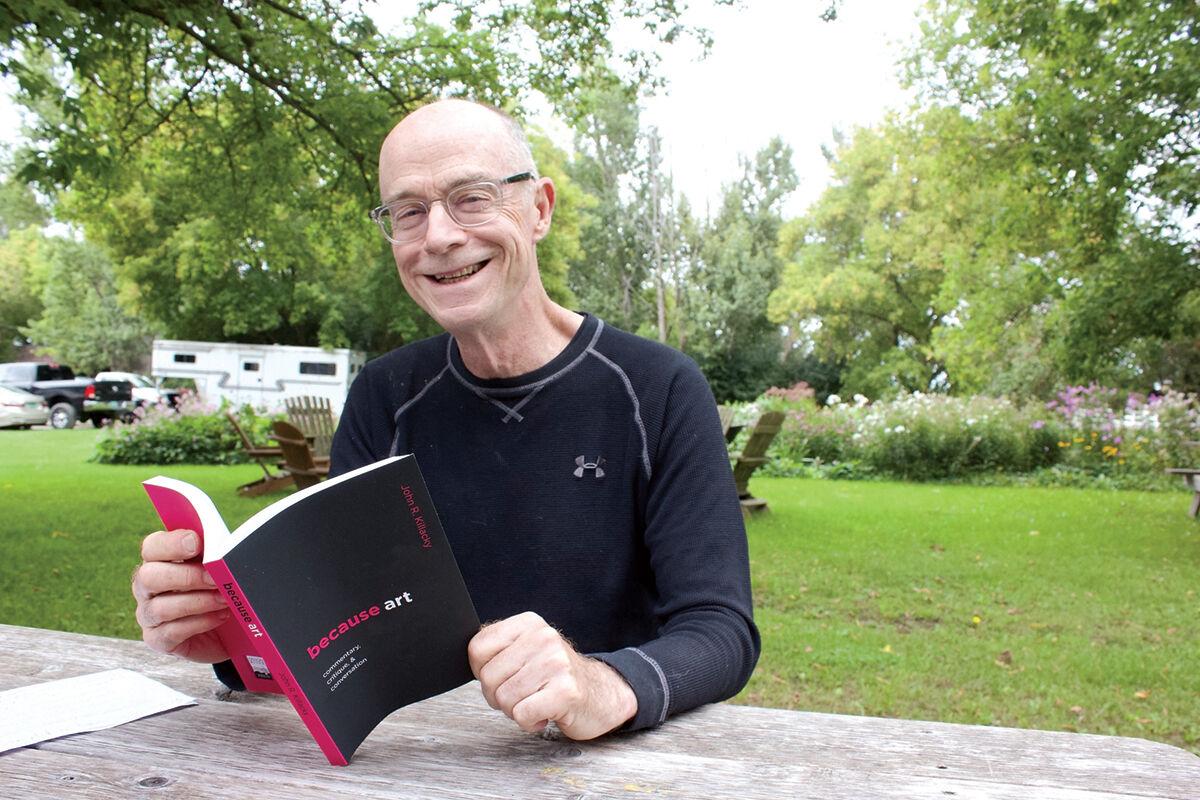 Rep. John Killacky will talk about his new book, “Because Art: Commentary, Critique, and Conversation,” at the South Burlington Public Library Monday, Sept. 27. 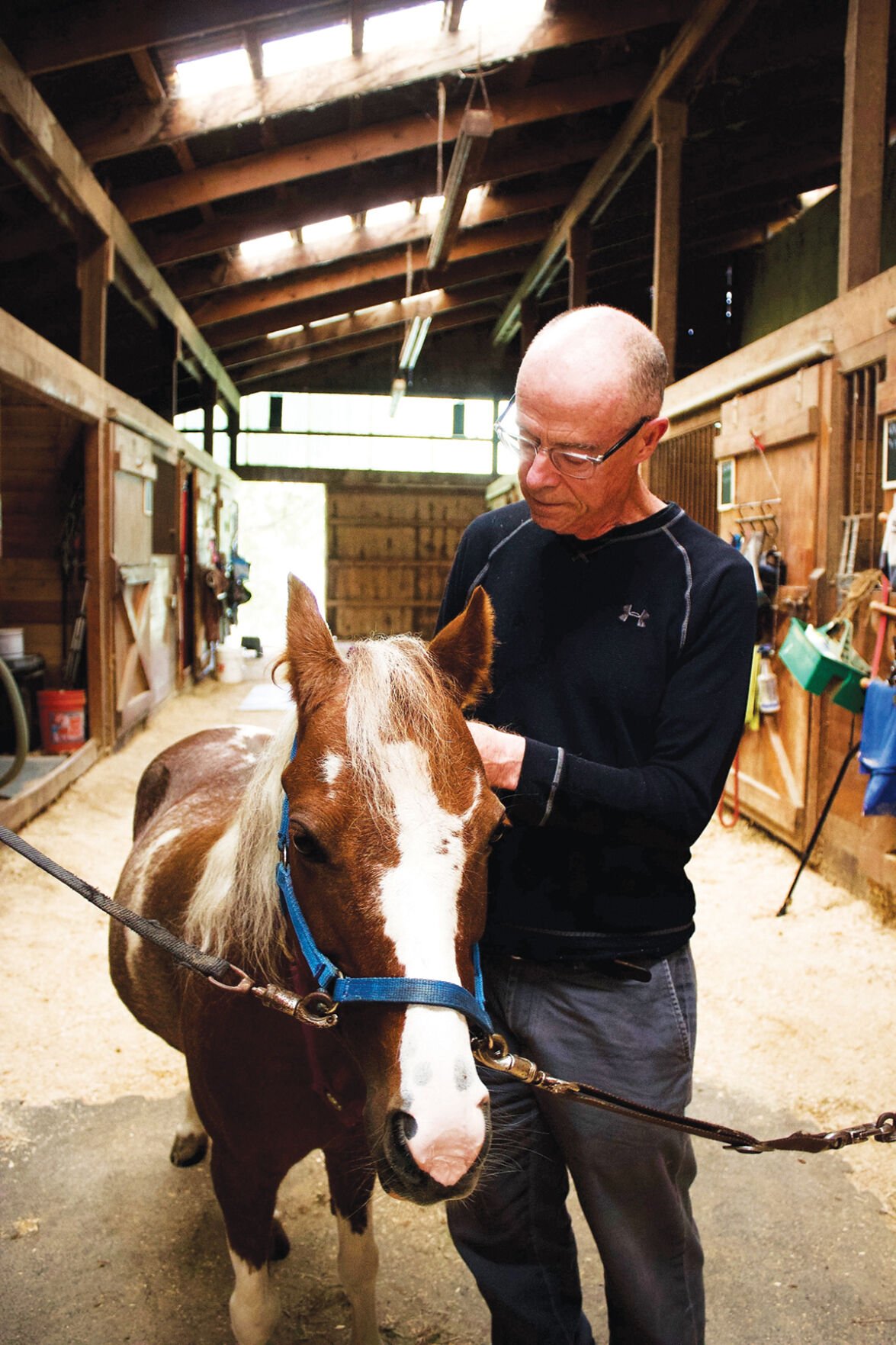 Raindrop, John Killacky’s pony, was born on Highway 1 in Moss Landing, Calif. When riding in his cart with Raindrop, Killacky feels he can dance again.

Rep. John Killacky will talk about his new book, “Because Art: Commentary, Critique, and Conversation,” at the South Burlington Public Library Monday, Sept. 27.

Raindrop, John Killacky’s pony, was born on Highway 1 in Moss Landing, Calif. When riding in his cart with Raindrop, Killacky feels he can dance again.

John Killacky is a deliverer of ashes, a dancer, a legislator, a filmmaker, a husband, a brother, a meditator, a writer — the list goes on. In South Burlington, he serves as a state representative, but his new book, “because art: commentary, critique and conversation,” offers a raw, personal account of the legislator’s life and career connected through art.

The book began with a cassette tape. Killacky’s brother gave him a tape with their father’s voice on it, recalling a few thoughts about his life.

“I thought that was a really interesting way of looking at legacy,” Killacky said. With a portfolio of writing dating back to the 1990s, the tape started him wondering: “Is there a mosaic of my life that I can tell?”

The mosaic he produced, bound in a black and pink cover and composed in three parts — commentary, critique and conversation — spans from 1993 to 2021. Many of the essays offer snapshots into Killacky’s personal life, his early career, his experience as an openly gay legislator and as a queer, disabled artist.

Some essays pull the reader back to 1970s New York, the city vibrating in the aftermath of Stonewall riots — what many consider the birth of the modern gay rights movement — as it burst with punk and post-modernism, others critique generational and class divides in arts management, recount his experience recovering from surgery on a spinal cord tumor that left him partially paralyzed, or remember talking with the “raspy, foul-mouthed brilliance” of Joan Rivers.

One essay from 1995 takes the reader walking with Killacky through the streets of New York as he remembers his late friends, now casualties of the brutal AIDS epidemic:

“On 24th and 9th I passed Vito’s apartment, where I often stopped on my way home for the latest gossip from the Hollywood closet. How angry he’d be, if he were still alive, at how little has changed. A few blocks further downtown and I was in the Village. Here, on every block, I looked up and saw shadows of those taken from me far too soon. Images of my lost ones surrounded me. Overwhelmed, stunned and numb with grief, I tried hard to hold on to some of my stolen shadows.” (From “Stolen Shadows,” 1995).

Art is the main theme throughout the book, connecting the three sections and Killacky’s personal life with his career. None of the essays follows a linear timestamp — on purpose, Killacky added. The early essays detailing his personal life and early career offer a basis for the later writing, he said. For example, essays like “Stolen Shadows” lay the basis for his later essays on artists who died of AIDS.

“I thought if I could write about some of these artists who died of AIDS, it was a way of claiming some agency for them; that they were important,” he said. It was also important to him to include queer and disabled artists in the book, in the later sections that include his reviews, critique and interviews.

Conversation, the last third of the book, offers interviews Killacky has had with various artists, dancers and writers, their words stamped verbatim on the page. All were carefully chosen, he said, to give a snapshot of important artists that resonated with him and as a way of telling his own story.

About 25 years ago, Killacky underwent surgery to remove a spinal cord tumor that left him paralyzed from the neck down — another theme throughout the book. He learned how to walk again through dance — sort of. Like ballet dancers learning to plie or arabesque, Killacky used a mirror to remind his brain what it looked like to stand up.

“The world became a very harsh place in terms of access to stuff,” Killacky recalled. “I write about that, not only just physically and emotionally, but also finding community was important to me there.” In a way, Killacky continues to create community with his book, bringing together all different kinds of artists from queer and disabled communities.

While he no longer has sensation in his legs, he still dances thanks to his pony, Raindrop. With a cart hooked up to Raindrop, he doesn’t have to use his legs — “I can run again, I can dance again. Gravity doesn’t drag me down the same way. So, I feel like this is my happy place.”

On Sept. 27, at the South Burlington Public Library, Killacky will discuss his new book with Mark Redmond, executive director of Spectrum Youth and Family Services, who has also written a book, “Called: A memoir.”

“Our paths are different, but our vocation is as intense,” he said. “I admire him a great deal. His book is very powerful. And so, I thought it’d be a nice way to give something back to the library.”

The talk, titled “Living a Hybrid Life” will take place at the library this Monday from 5:30 to 7 p.m.