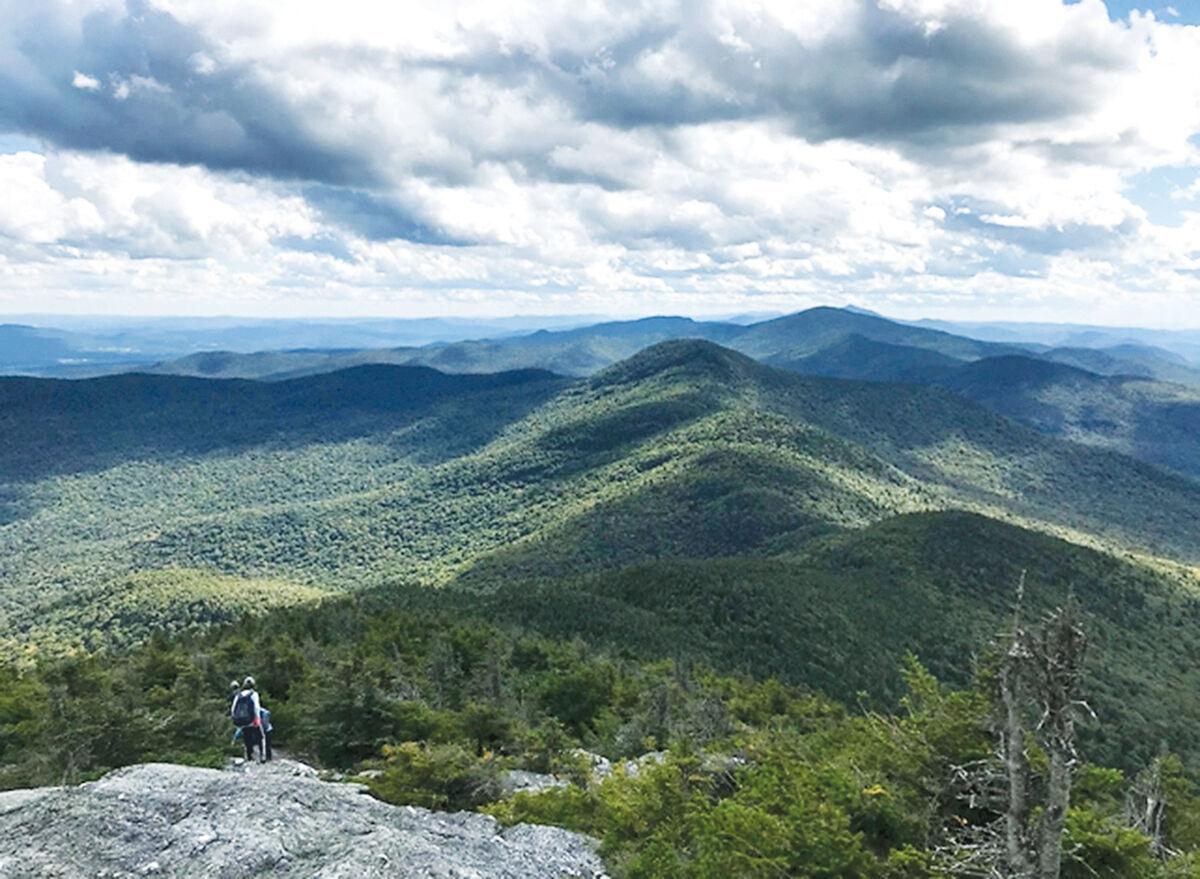 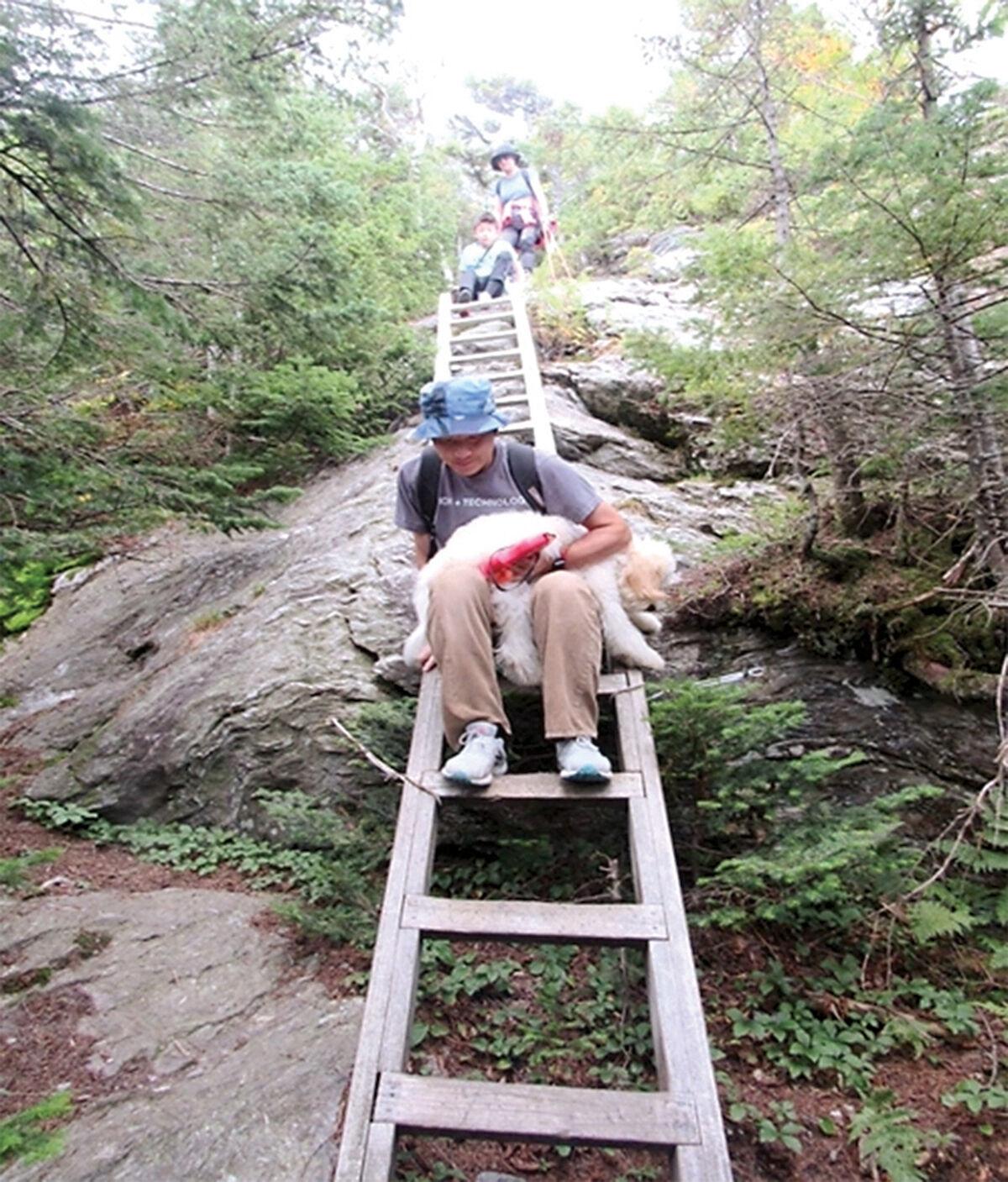 Evan and 4-month-old pup Simba trek Mount Mansfield and take in the views.

Evan and 4-month-old pup Simba trek Mount Mansfield and take in the views.

It was a big day for our whole family including my little “brother” Simba who was a 4-month puppy. We were climbing Mount Mansfield, the highest mountain in Vermont.

I knew this was going to be a long day.

There were steep hills in the beginning. “How hard can that be?” I thought but I was deeply underestimating the powers of the mountain. We started walking on the trail. I was slowly being left behind. Since my mom and dad were in the back slowly and steadily, they caught up with me while I was taking a break. Simba hated when I took breaks because he wanted to be in the front leading the group.

My mom saw that I was struggling to catch up with the group, and it was true that it felt like I was having a heart attack. I finally got to the Butler Lodge that was for people to sleep or eat there, and it also showed that the first part of the hiking had ended but there was more than meets the eye.

In the 2nd part of the hiking, the real challenge started. There were parts that walking was nearly impossible. I scraped my hands against the rocks. There was a ladder that we had to climb up. It seemed impossible for Simba, but It wasn’t too high so I was able to get him to the top of the ladder and told him to sit. Then the real trouble started for Simba as he had to climb up slippery parts and high parts.

But we weren’t finished yet. We started climbing up steep rocks to the top. The view was gorgeous however I was claustrophobic. I started getting nervous and wondering what if I fell off the mountain even though which was highly unlikely. My feet started feeling like mush and my arms felt like jelly.

I quickly walked to the top where there was a big flat rock to keep my balance. We began eating lunch at pinnacle. We gave food to everybody including Simba. I didn’t want to hike down because I was scared that I would fall while going down. I knew I couldn’t stay up there forever, the wind was making me stiff as ice. The rocks were steeper now that we were on a different trail. We started handing Simba around to get him down the steep hills.

My sister had already got down to the parking lot while we just landed on the easy part of the trail, which was still about 0.3 miles away from the parking.

This last part of the trail was underestimated by us. On a phone call with my sister, we told her we would be there in 7 minutes, however it turned out we walked another 40 minutes.

The second we got into the car, Simba snuggled under my feet and went to sleep. I told my mom this was my 2nd biggest accomplishment. She asked what my first one was, I thought she was crazy. I told my mom it was getting out of her belly into the real world.

Love: A dog and his girlfriend

“Swish swoosh” the wind blew outside. The moonlight shimmered on my porch. The night was beautiful. Stars glimmered in the sky. A full moon sh…