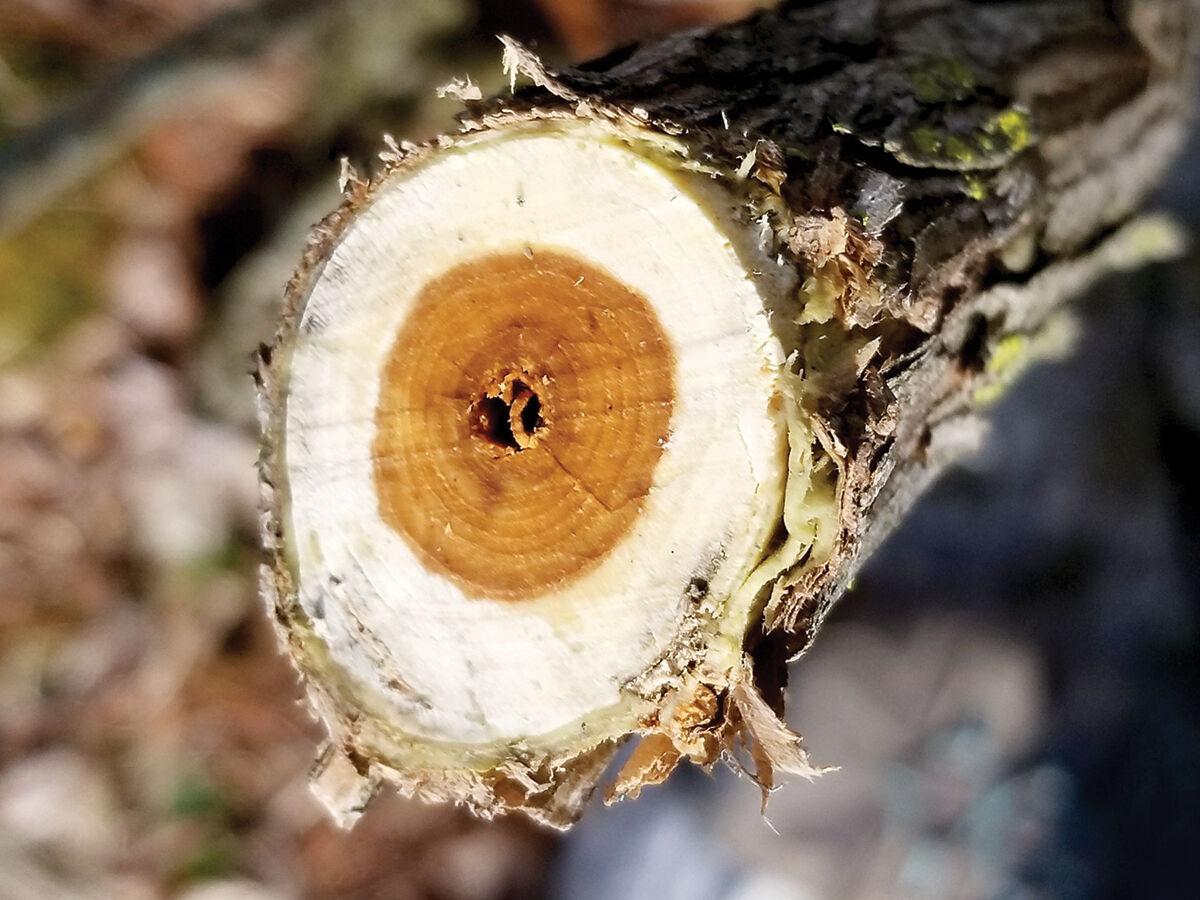 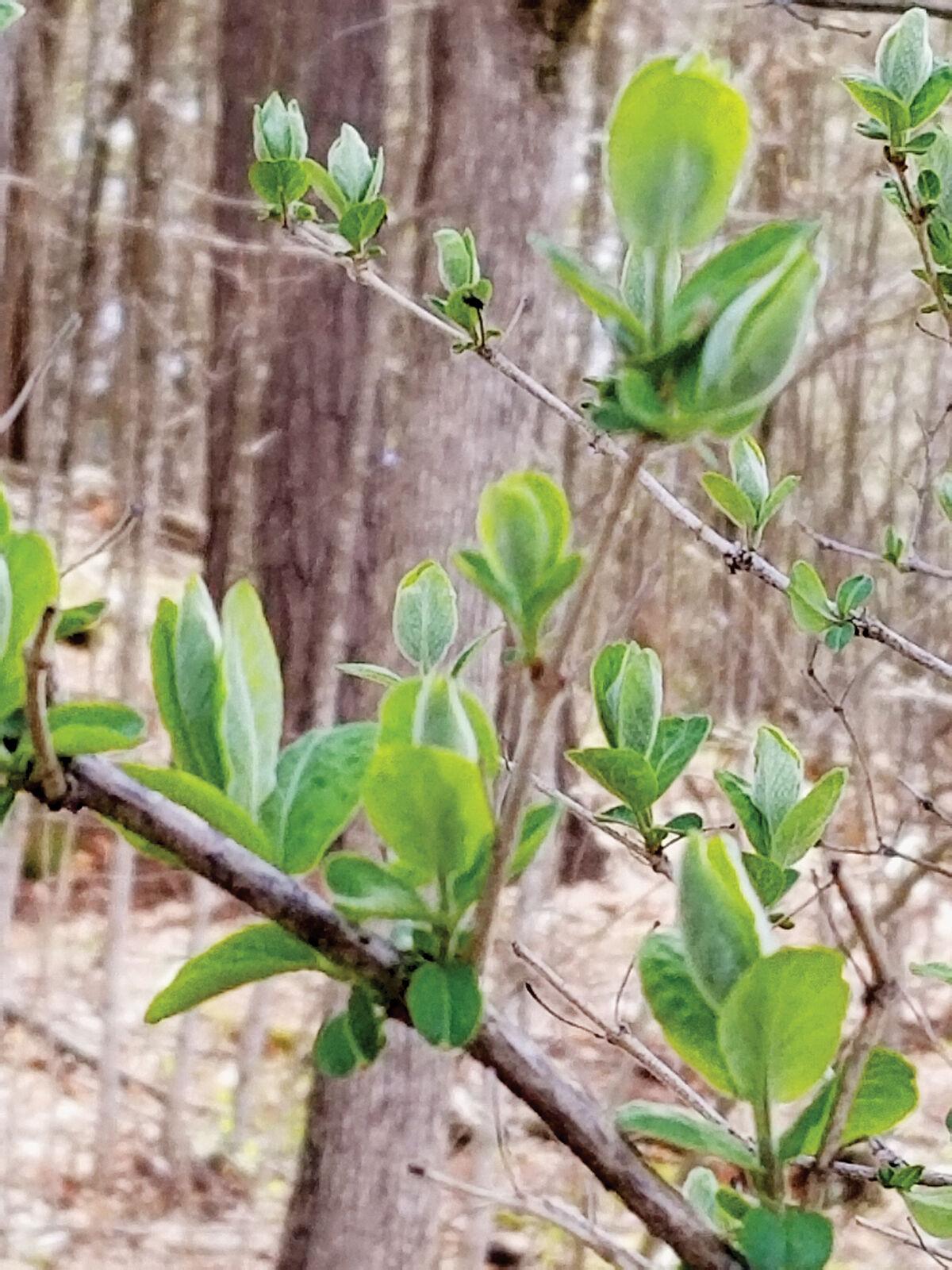 Invasive honeysuckles, among the first tree species to leaf out in the spring, can be identified by their smooth-edged, oval-shaped leaves located on opposite sides of the stem.

Invasive honeysuckles, among the first tree species to leaf out in the spring, can be identified by their smooth-edged, oval-shaped leaves located on opposite sides of the stem.

Do you know that it is illegal to transport, buy or plant shrub honeysuckles in Vermont? This is because honeysuckles are labeled class B noxious on Vermont’s noxious weed quarantine list.

Imported from Europe and Asia in the 19th century as ornamentals, and later used for erosion control, shrub honeysuckles were not recognized as invasive species until many decades later.

Honeysuckles can form dense thickets that prevent native understory plants to grow. Over time, this reduces the availability of nutritious food sources and ideal habitats for wildlife.

Like most invasive plants, honeysuckles are hard to eradicate in the wild. However, in a home garden or yard with few of these shrubs, it is possible to remove them safely and successfully.

Identifying invasive honeysuckles is easy. They are among the first to leaf out in the spring. Oval-shaped leaves with smooth edges emerge on opposite sides of the stem, unlike those of native honeysuckles, which have serrated edges.

But the unmistakable sign of invasive honeysuckles is a hollow pith (the tissue inside the stem). A clean, cross-sectional cut with pruning shears on a one-inch-round stem will reveal the pith. A brown, hollow pith identifies invasive species while native honeysuckles have a solid white pith.

The following methods do not involve the use of toxic chemicals. You only need a little elbow grease, patience and perseverance. The method you choose will depend on the size of your shrub.

Seedlings and young plants are easily removed by hand pulling when the soil is soft and moist. Take care to remove most, if not all, of the roots.

A young shrub has a manageable root system. When the branches are two inches in diameter or less, use a folding saw to cut the lateral roots. This will help dislodge the crown from the ground. You can then pry it loose with a digging tool.

A mature honeysuckle with a 5-to-10-inch crown is challenging to remove with garden tools. In this case, you can use solarization to kill it. The goal is to starve the plant by preventing it from photosynthesizing. If the plant does not receive any light, it will not be able to make food.

You will need a large, thick contractor-grade black garbage bag, some tough string or wire and landscape staples.

With a pair of loppers, cut the branches about one foot from the ground. Cover the entire pruned shrub with the garbage bag and tightly wrap the string several times around the base, ending with a tight knot. Spread the loose part of the bag around the base of the crown and staple it to the ground in several places.

Keep the bag in place for a couple of months during the growing season. Once the shrub is dead, you can proceed to remove the stump.

Holding the stump by the branches, rock it back and forth to loosen it from the ground. Pry it out with a fork or grind if necessary.

Another method is to completely cut the branches to the base of the stump. This is called basal pruning and usually results in vigorous growth. If you repeatedly continue to prune the sprouts, they will not be able to photosynthesize without their leaves. This method requires patience and perseverance but is not as unsightly as using a garbage bag.

Dispose of all parts of the plant in a trash bag and either take it to a landfill near you or let the bag solarize on your property. This ensures that no part of the plant regrows on your site.

Lastly, refill the cleared area with other plantings to prevent erosion and to crowd out any remaining honeysuckle seedlings.

More information on invasive plants is available at vtinvasives.org.

Nadie VanZandt is a UVM Extension master gardener from Panton.