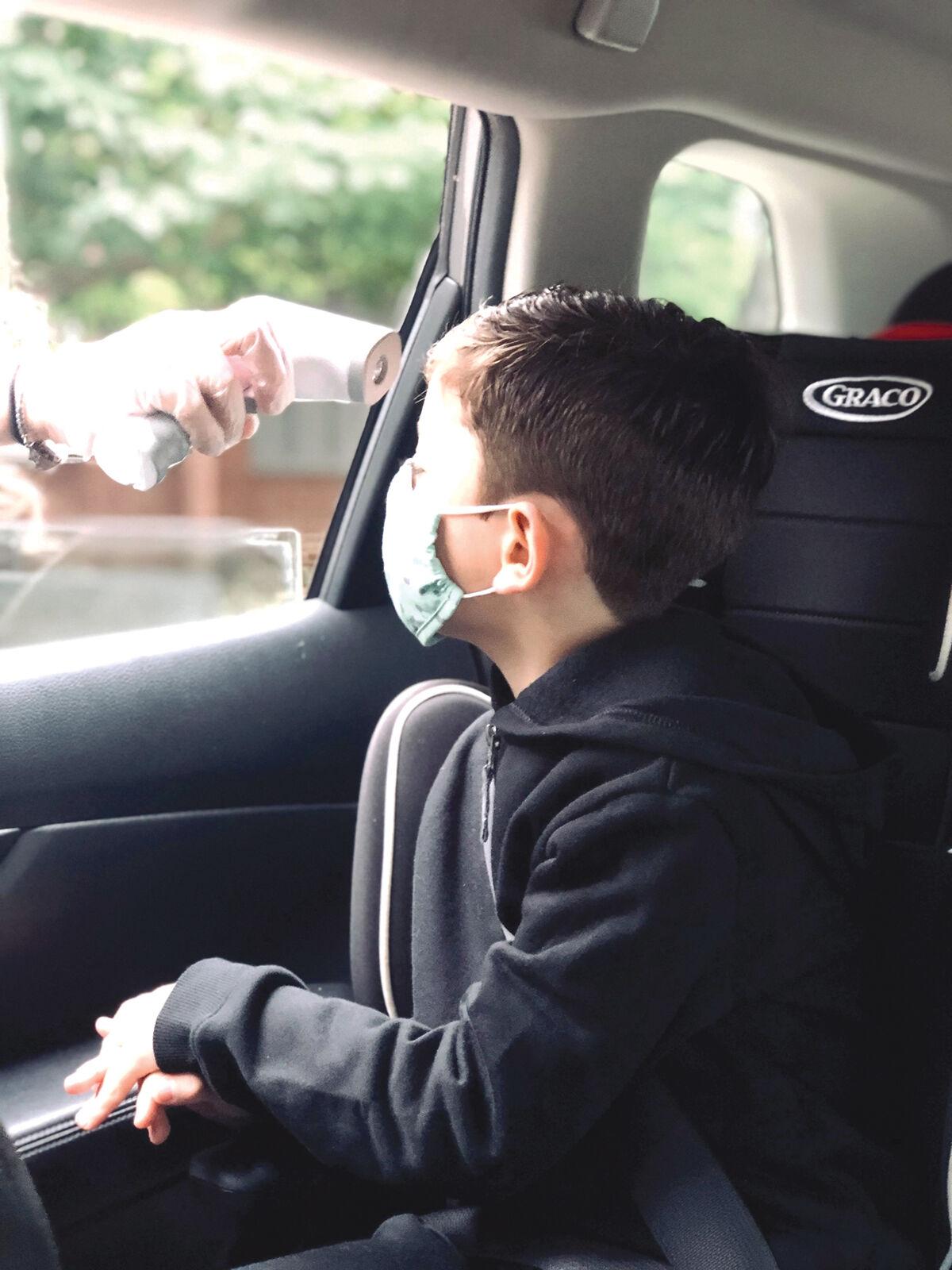 Aedan Vincent, who is 6-and-a-half, has his temperature taken before heading into school for his first day in first grade. 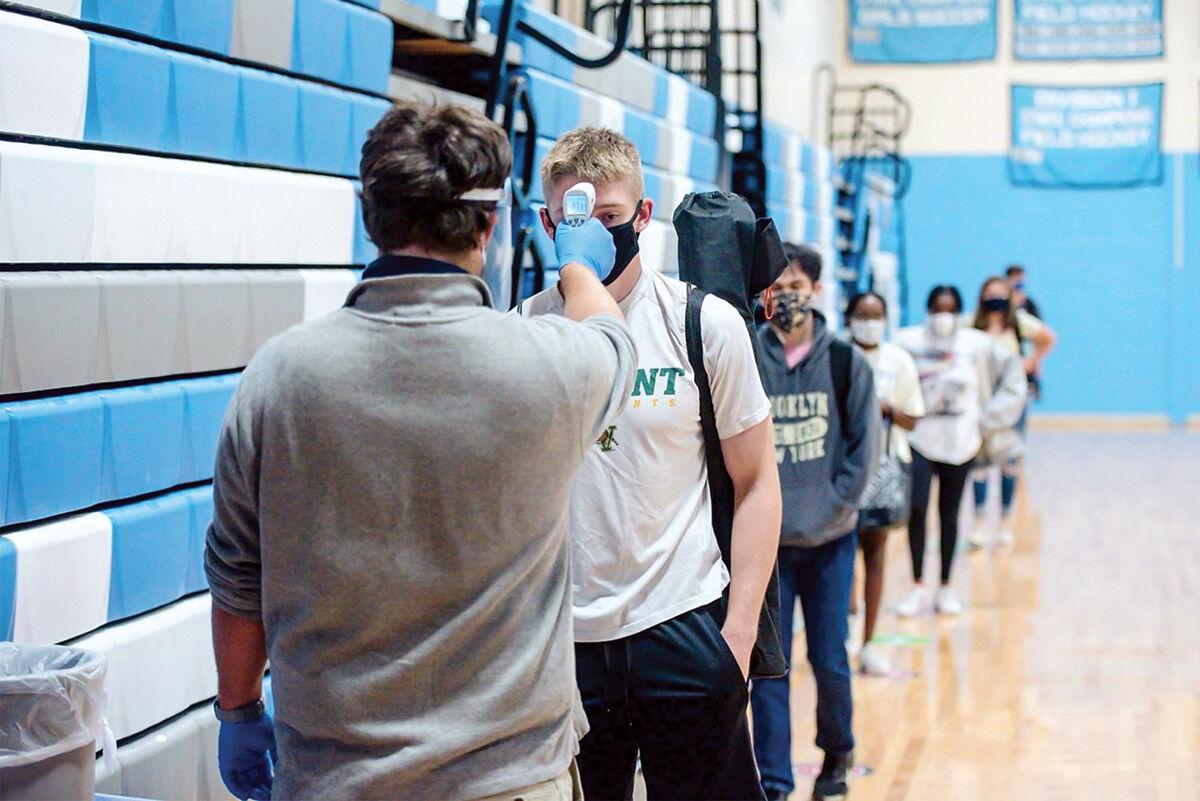 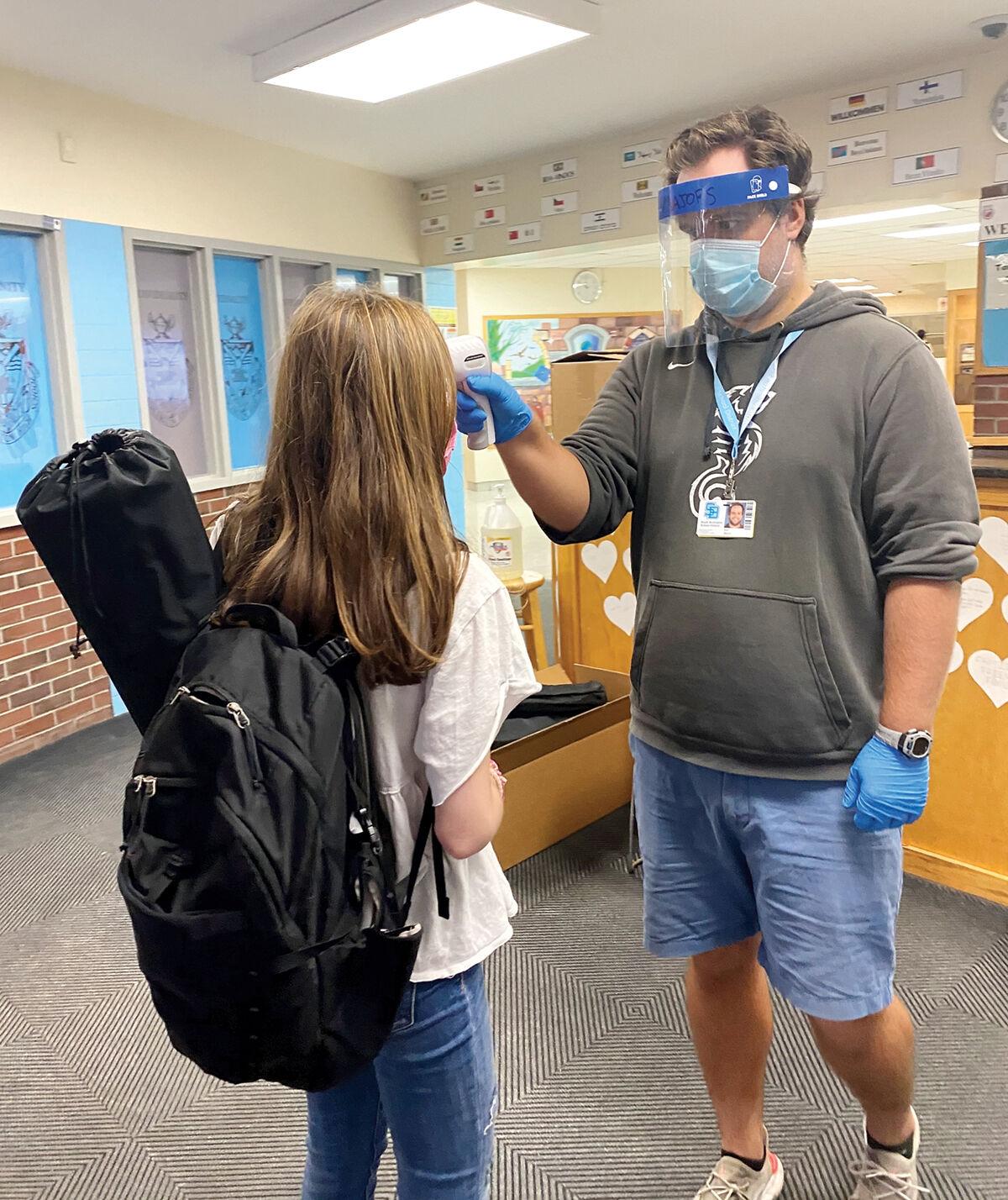 Aedan Vincent, who is 6-and-a-half, has his temperature taken before heading into school for his first day in first grade.

South Burlington elementary and middle school students will up their face-to-face learning from four to five days a week in early May, less than two months before the last day of school, according to Superintendent David Young’s newsletter last Friday.

The timing hits at least a week later than district parent Oliver Pierson would have hoped, but he sees it as a win, nonetheless.

“Students of all ages are experiencing social-emotional distress without their teachers and their cohort of friends. The consequences of that distress, from my perspective, outweigh the risk of having students back in building,” said Pierson.

Over the last five months, families have questioned when schools would reopen their doors full-time, but officials have mostly offered compassion with few concrete answers.

Pierson’s petition cites multiple reasons why elementary students should return to full-time in-person learning, including the social and emotional toll distressing the district’s youngest learners, and disproportionate impacts on students of color and families with lower incomes.

“Some households are better able to handle remote learning than others,” he said.

He also questions the reasoning school officials have given for not holding in-person class on Wednesdays, such as deep cleaning, professional development and as an administrative catch-up day for over-stressed staff.

The Vermont Department of Health and Agency of Education guidance, requiring students to be spaced six feet apart, has tied district hands, school officials have explained throughout the year.

In March, Orchard School principal Mark Trifilio said that opening up to five days a week of in-person learning would likely overextend teachers and resources. “I don’t have any data to show on this,” he told The Other Paper for another article, but “I’m going to start losing staff. Everyday I’m trying to figure out who’s going to come in.”

Resident Jessie Mongeon added that, when she talked about the issue with an elementary teacher, they also raised concerns about schools being understaffed.

“They are having a hard enough time staffing the four days, they don’t even know if they could make it work for five days,” Mongeon wrote in a reply on social media.

Back in February, South Burlington parent Erin Sutherland joined a school board meeting to ask Young and board members this key question, pointing out that other schools across the state were moving towards more classroom time.

“I know there is going to be some residual damage to these kids in all areas,” said Sutherland. The lack of structure in elementary school schedules is one of her top concerns.

“I had to put my daughter in therapy,” she added, after her kiddo started “showing signs of big feelings” related to COVID-19, the lack of social connection with her friends and the dearth of consistency in school.

With four kids in South Burlington schools, Sutherland juggles multiple schedules and has added teacher’s assistant to her role as parent, like so many other families throughout the state.

As full-time working parents, Pierson and his wife have each taken time off on Wednesdays to alternate caring for and helping their two kids.

“But we can’t replace the quality of a teacher in a professional classroom setting,” he said. “I really hope it’s a temporary band-aid.”

School board chair Bridget Burkhardt cautioned folks against comparing South Burlington schools to others, since many of the district buildings are simply too small to comply with safety guidelines. As spring brings warmer weather, she noted more classrooms will be able to social distance outside, offering a safe way to get kids back to almost normal.

Everyone agrees, she said, from top administrators, to teachers, to parents, to board members: “The best thing for our kids is to be back in school.”

The tricky part has been finding a way to do it safely, she said.

Having Wednesdays off has enabled staff to conduct contact tracing more efficiently and get a handle on several COVID outbreaks this school year, Burkhardt added. But as a parent of two South Burlington students, she understands the hustle for families and strain on kids.

For Pierson, creating time for professional development and to catch up on administrative work shouldn’t come at the students’ expense — especially if the issue isn’t pandemic-related.

“It’s not a COVID issue. It’s a different issue,” he said.

One of the factors allowing the district to reopen elementary learning full-time in May is the increased access to COVID vaccinations for school staff. By April 9, Burkhardt said that all school staff will have had the opportunity to receive a vaccine if they want one. The district cannot require staff to be vaccinated against COVID-19 as the currently available vaccines are all permitted under emergency authorization.

“We chose May because it gives some time after spring break, in case people go on trips or go visit family,” said Burkhardt, even though guidance still discourages travel.

In his newsletter April 2, Young also announced plans to bring back outdoor tents by April 19 for additional space and outdoor classrooms. While he said high schoolers will have more in-person learning days as well, he did not specify how many or by when. Young did not return a request for comment.