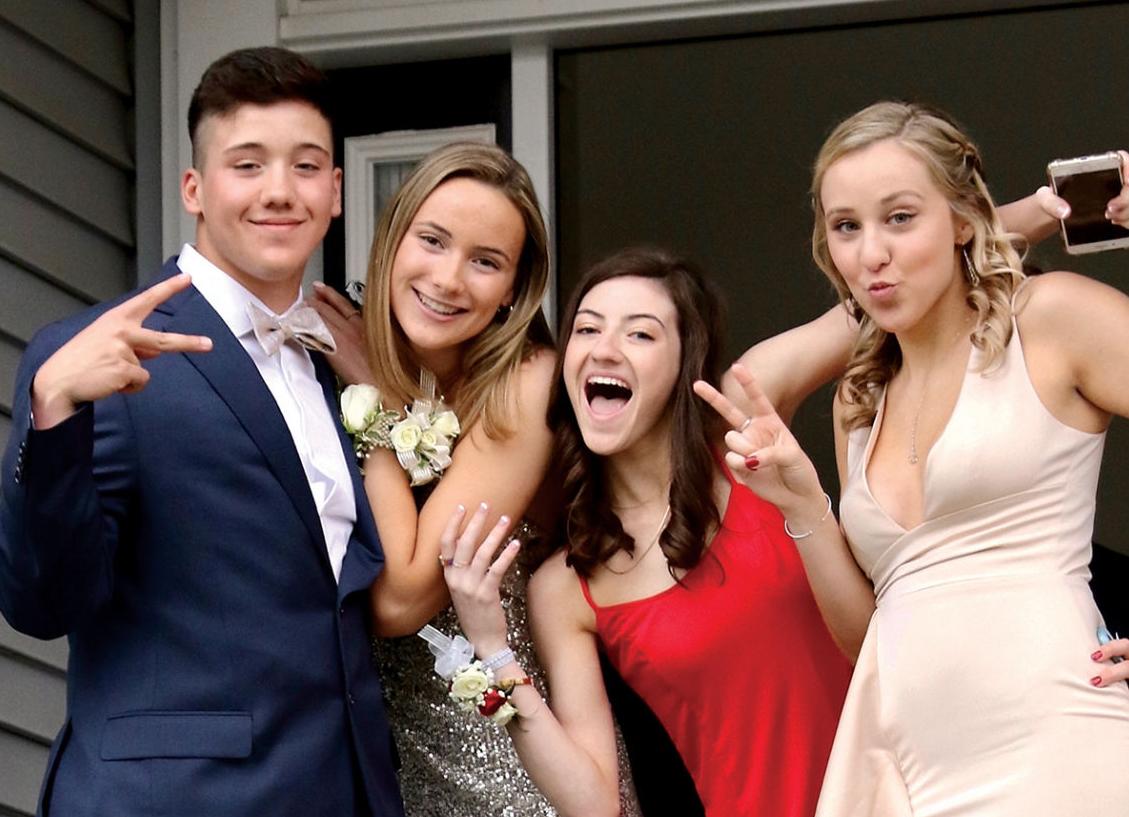 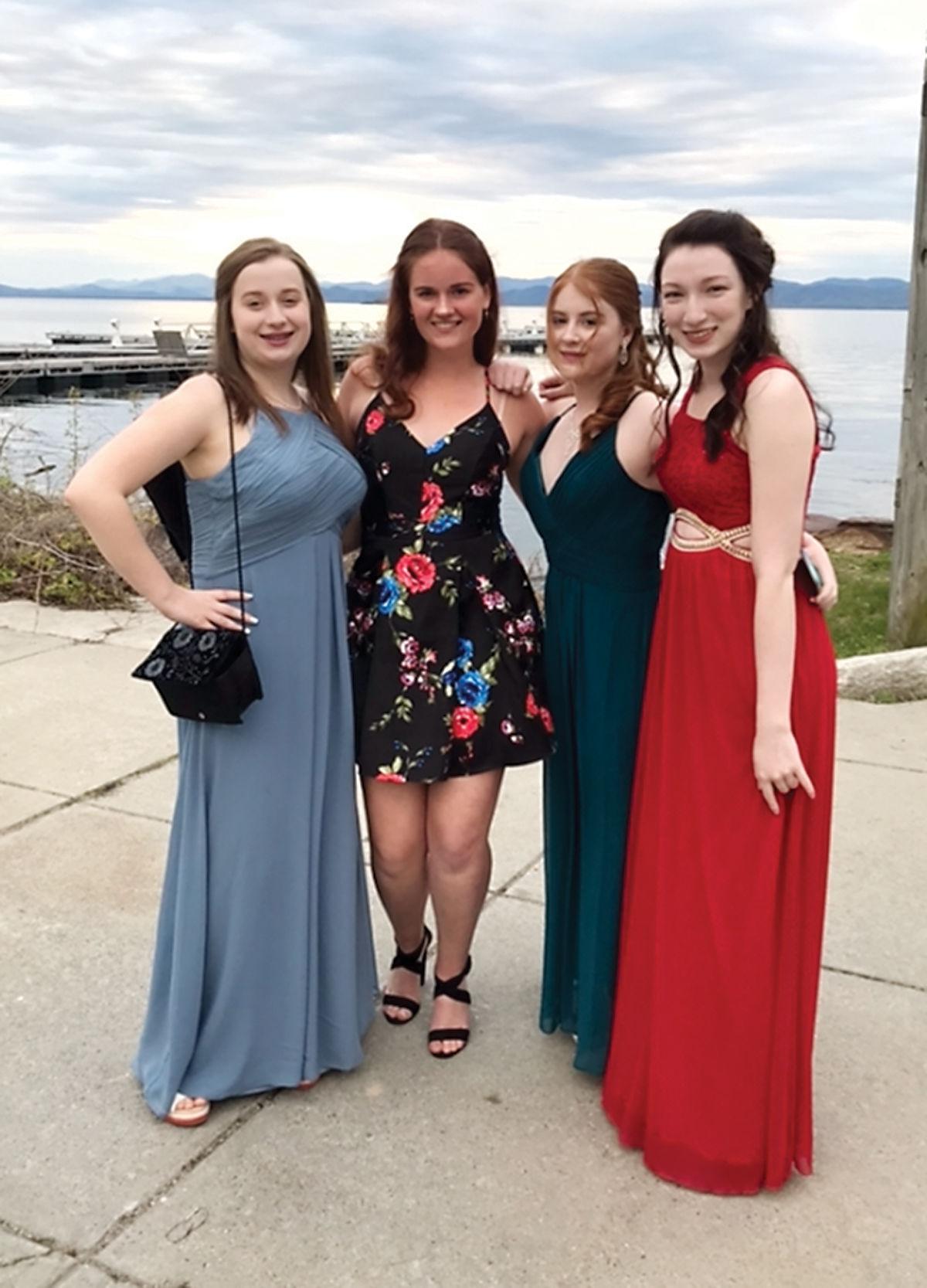 Long gowns, crisp tuxedos, the faint, sweet scent of boutonnieres and corsages. These are normal markers of a beloved high school rite of passage: prom.

But for this year’s senior class, dubbed the “quarantine class,” prom will not go forward as planned.

A week before what would have been the big event, South Burlington High School students reflect on the dance they’ll be missing and look forward to better days to come.

The promise of music, comradery and a memorable event fell flat this month, when the Agency of Education instructed school districts to keep end-of-year gatherings to groups of 10 or fewer.

But before prom plans were mired, South Burlington High School Senior Daria Noonan-Wehmeyer and friends had been preparing for their May 28 dance at the Old Lantern Inn and Barn in Charlotte.

“It’s such an iconic part of the American high school experience, all of the high school movies end in someone’s senior prom,” Noonan-Wehmeyer said. “There’s a little disappointment to not be able to go.”

Noonan-Wehmeyer was looking forward to seeing her classmates’ “promposals.” While she hadn’t purchased a prom dress yet, some of her peers had.

“A bunch of my friends got dresses,” she said, “and they don’t know what to do with them.”

But the best part of prom, she said, was going to be gathering with classmates outside of school to celebrate such an “iconic” occasion. Noonan-Wehmeyer was looking forward to seeing the dresses her classmates were going to wear to the prom and hear where her peers planned to go after the dance.

It’s surreal to be part of the quarantine class and miss out on traditional senior year milestones, Noonan-Wehmeyer said.

“It’s sort of hitting me and then re-hitting me that this is happening, but also that this isn’t everyone’s experience,” she said. “I’m missing so many little things that I never thought I would miss, like just sitting in math class.”

Noonan-Wehmeyer hopes to have a last hurrah with some of her school friends before everyone sets off on their next chapter.

“I feel like school ending so abruptly sort of robbed us of the chance to say goodbye to a lot of people,” she said. “It would be nice to have one last get together, I’m not sure how.”

Ana Stitch skipped her junior prom thinking senior prom was a given. This February, she took to the web, ordering a teal dress that she planned to wear on the big night.

Stitch and friends had discussed meeting before prom to get ready and take pictures together.

“A big part of it is definitely getting ready with people and enjoying that, which is probably what I was looking forward to more than anything.” she said.

Stitch and her friends were going to do each other’s hair and makeup before hopping into one of their cars and heading to the dance.

But the best laid plans of mice and men – and dancers – often go awry.

“It definitely sucks, people really do look forward to it more than anything,” Stitch said of dashed prom plans. “When you put it in perspective with everything that’s going on, I’m not that bothered to be losing prom when the entire world is experiencing a global pandemic.”

Stitch and her friends hope to celebrate the end of their public school education by meeting in a park or doing an online get together.

“It definitely wouldn’t be as fun as the real thing but at least it would be something,” she said.

Twins Gabi and Jack Ambrosino were looking forward to prom. South Burlington High School hosts proms for both its junior and senior classes. The Ambrosinos had attended their junior prom but felt this year’s dance would be even more special.

“I feel like senior prom is a bigger deal,” Jack said. “It’s your last prom, a big part of high school … and the fact that, that’s taken away, it’s hard for all of us to swallow.”

Gabi ordered dresses in April but said that her plans hadn’t gone much further than that. Usually, prom planning comes together the month or two before the dance, Jack said.

“We were out of school in mid-March, so getting around to finding dates and figuring all that stuff out didn’t even happen,” he said, adding, “which I think made it kind of easier because you didn’t have a date, weren’t looking forward to it yet.”

Gabi said she plans to keep her dresses; she believes there might be a prom to come for the class of 2020.

“Our principal is doing everything he can to get us a prom and I know that Rice [Memorial High School] already scheduled a prom for July,” she said, adding if a later date doesn’t pan out, her mom said she’d throw a little prom in their backyard.

But missing prom is about more than fancy suits and dresses, Gabi said. Prom is a one of few opportunities for the class to get together outside of the classroom.

“It’s a chance for us to celebrate our achievements over the year, to laugh with our friends and to maybe forget about the test we didn’t do so well on the week before,” Gabi said. “It gives us a break from all of the pressure and hard work.”

As for other end of year celebrations, it’s hard to say what will happen, Jack said.

“I feel like if things keep getting better plans will come around and we’ll figure some stuff out in terms of celebrating our senior class,” he said.

In memoriam of my senior prom

The loss of a prom is an odd thing. Prom is an event that – through movies, TV and memories shared by the previous generation, has joined Amer…