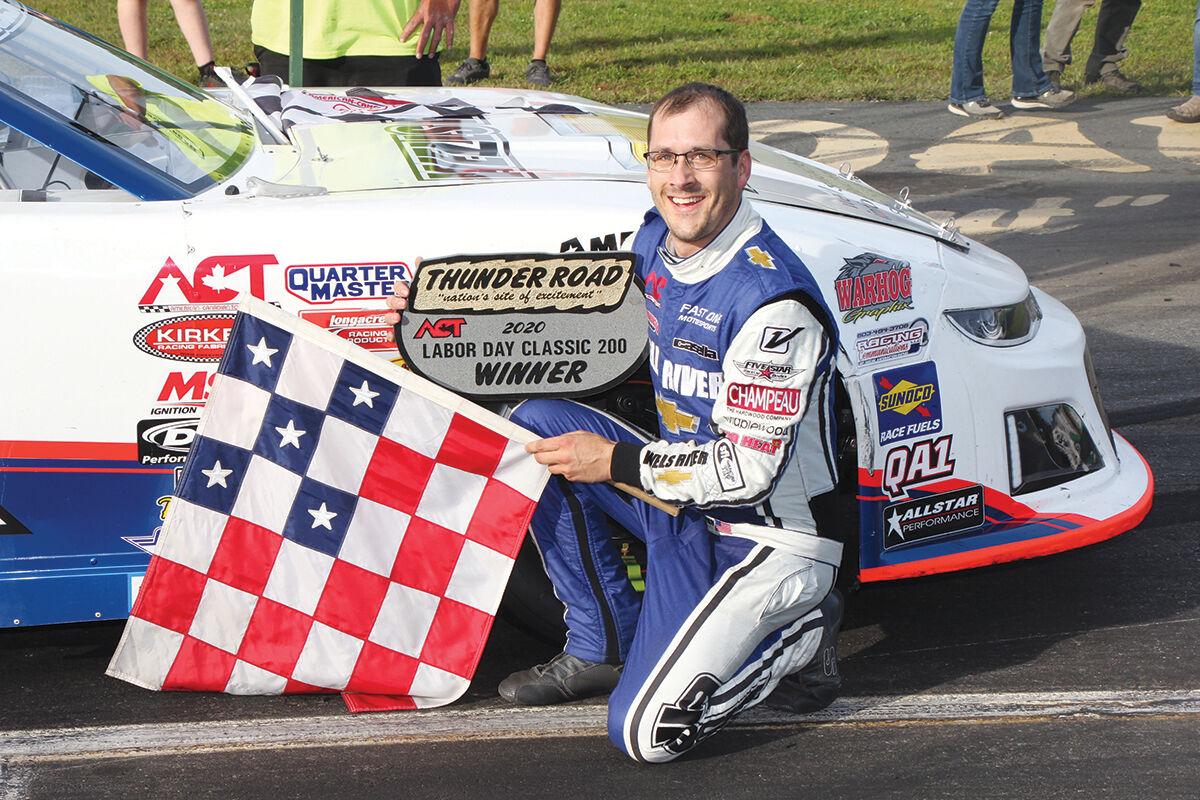 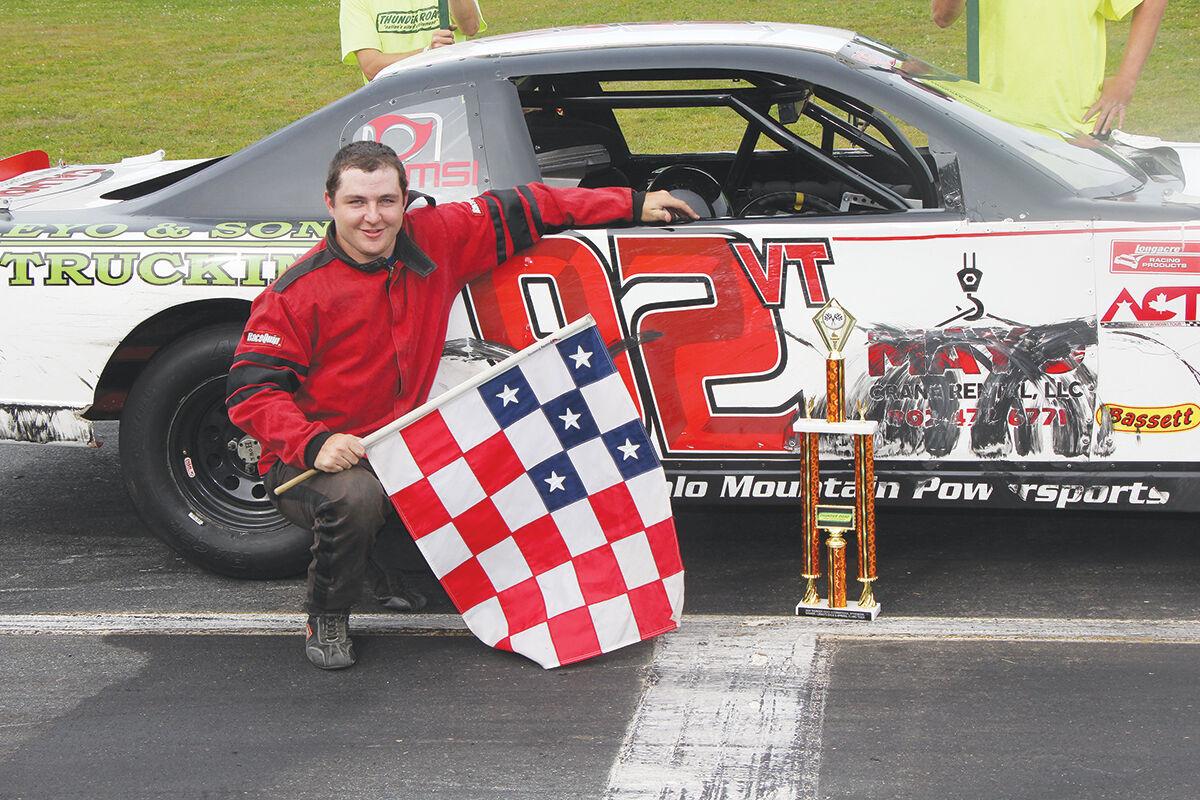 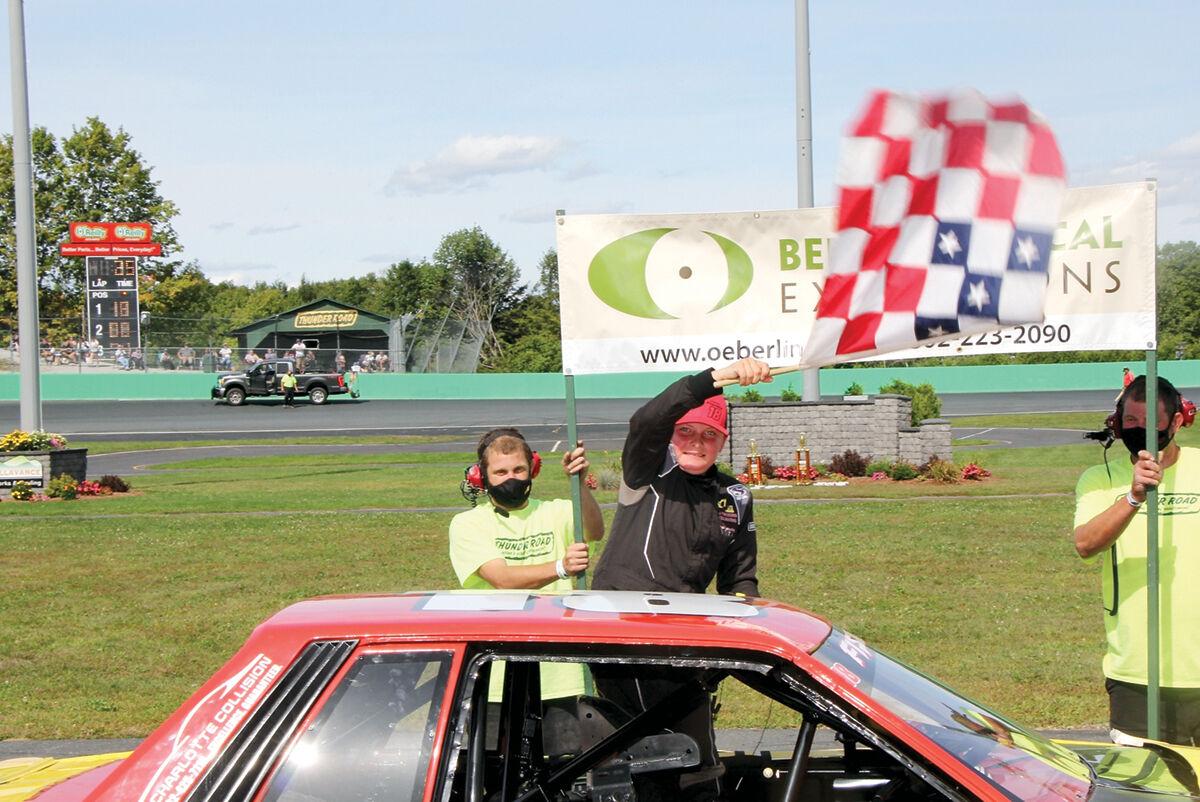 Hinesburg native Bobby Therrien came back to reclaim the lead, and then the victory, in the 200-lap Labor Day Classic at Barre’s Thunder Road on Sunday, Sept. 6.

The win was Therrien’s second this season and helped him climb back up the season-long points standings for the Maplewood/Irving Oil Late Models with just one points race left.

After leading twice in the race Therrien retook the lead from points leader Jason Corliss with just over a quarter of the race left.

Other winners on Sunday included Jaden Perry of Hardwick, who won the 40-lap feature for the Flying Tigers. Kaiden “Tropical Storm” Fisher of Shelburne won his third feature of the year, as the rookie claimed the victory in the 25-lap feature for the Street Stocks, and Sean “Chubby Rambo” McCarthy of Williamstown got his second win of the season in the feature for the Road Warriors.

In the Labor Day Classic, Therrien battled back and forth with Stephen Donahue for the first quarter of the 200-lap marathon; Donahue led for the first 41 laps, Therrien took the lead for laps 42-45, Donahue retook the lead for the next 11 laps and Therrien took the top spot for laps 56-68. Corliss grabbed the lead and held it for the next 70 laps before Therrien came charging back to retake the top spot on lap 141.

The 2020 King of the Road will be crowned in the final points race of the season on Friday, Sept. 18. That night, the Late Models will race a 61-lap feature to celebrate Thunder Road’s 61st anniversary. The Flying Tigers will run a 100-lap feature as the final leg of their Triple Crown Series and the Street Stocks and Road Warriors will also have a full night of racing to decide the season-long champ in each division.