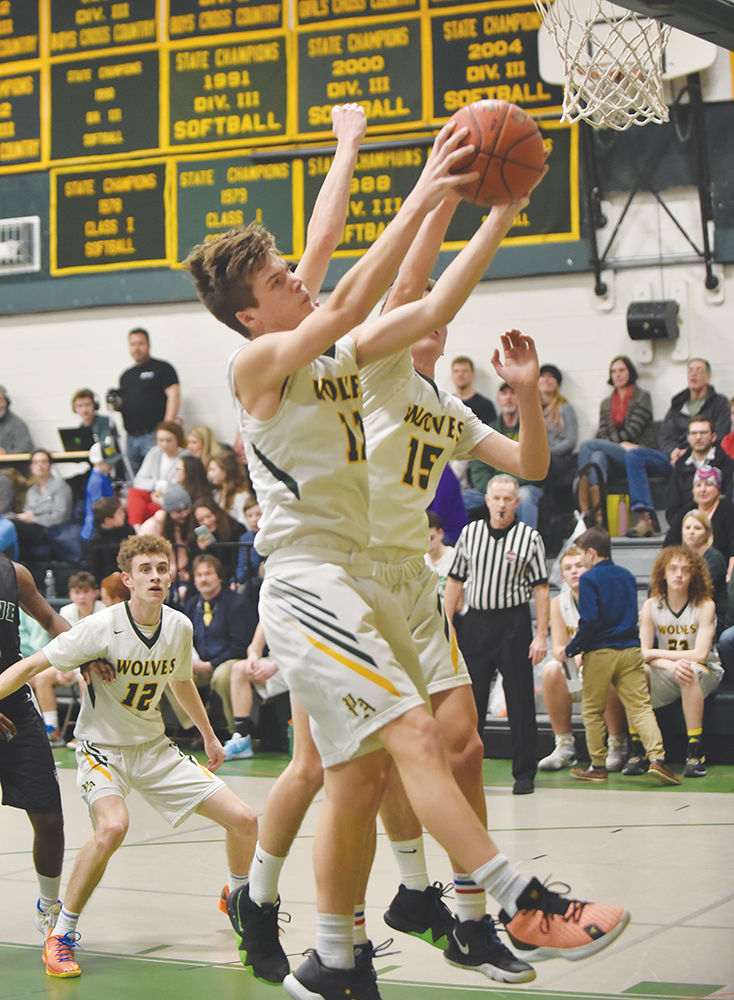 Peoples Academy’s Chandler Follensbee rips down one of his 10 rebounds in a 59-42 win against Stowe High. 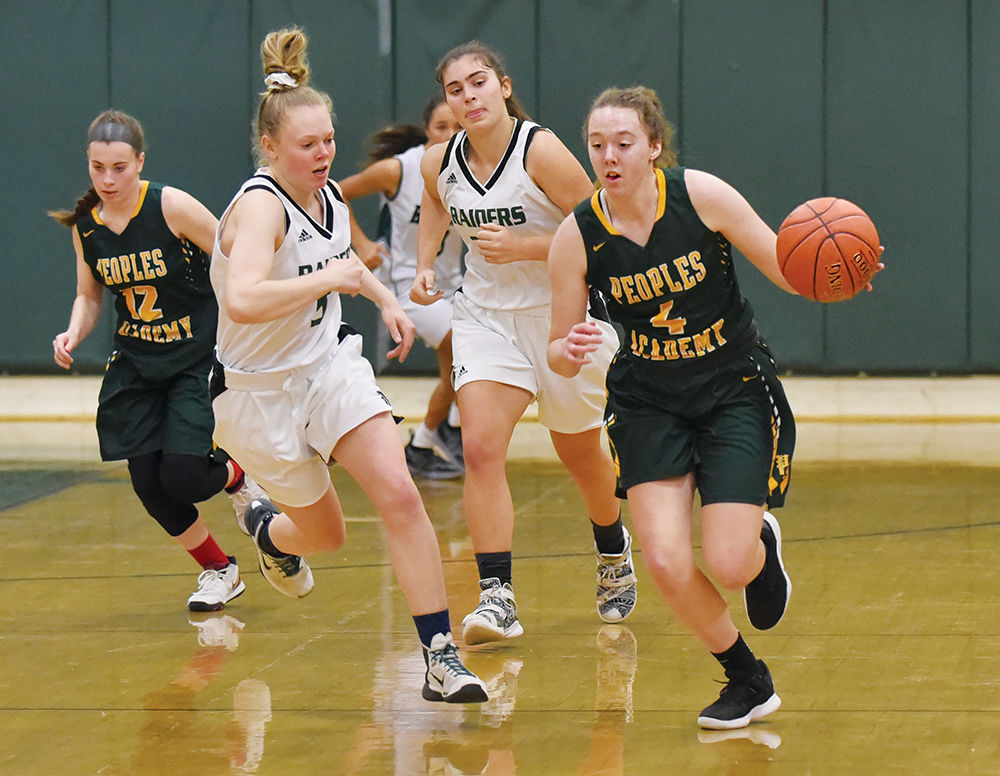 Shelby Wells leads the fast break for Peoples Academy in a 55-24 victory over Stowe High School. 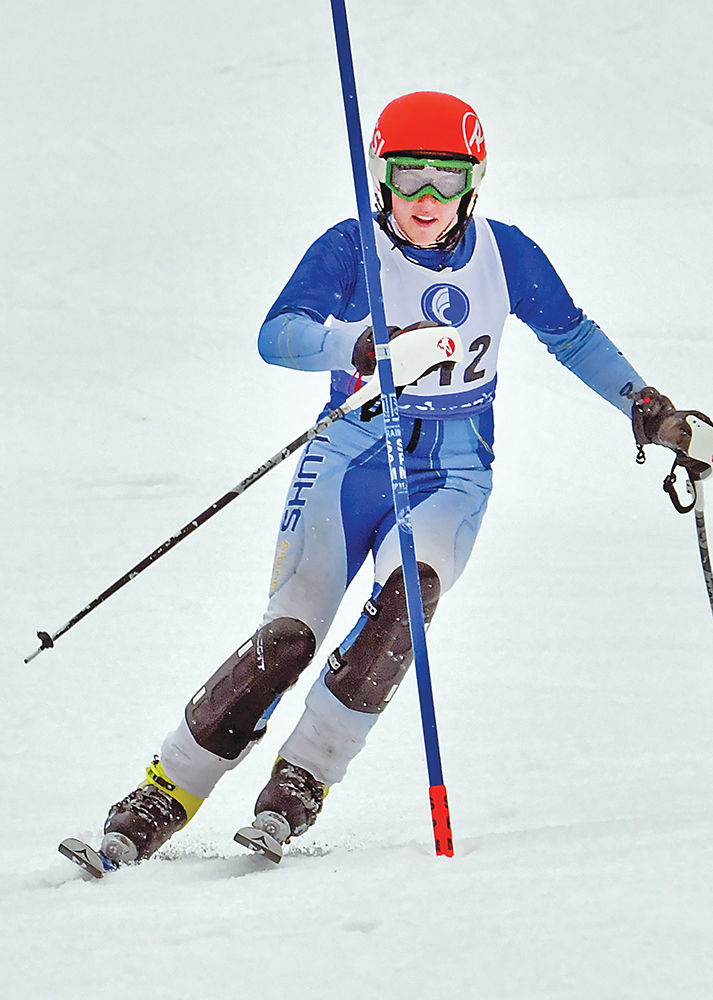 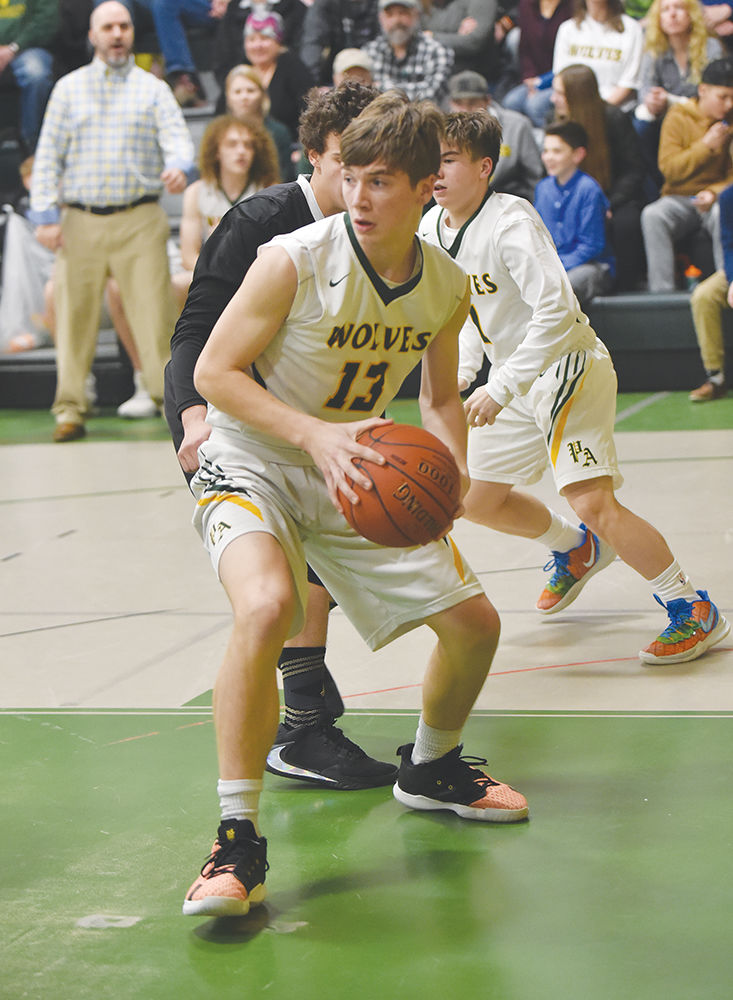 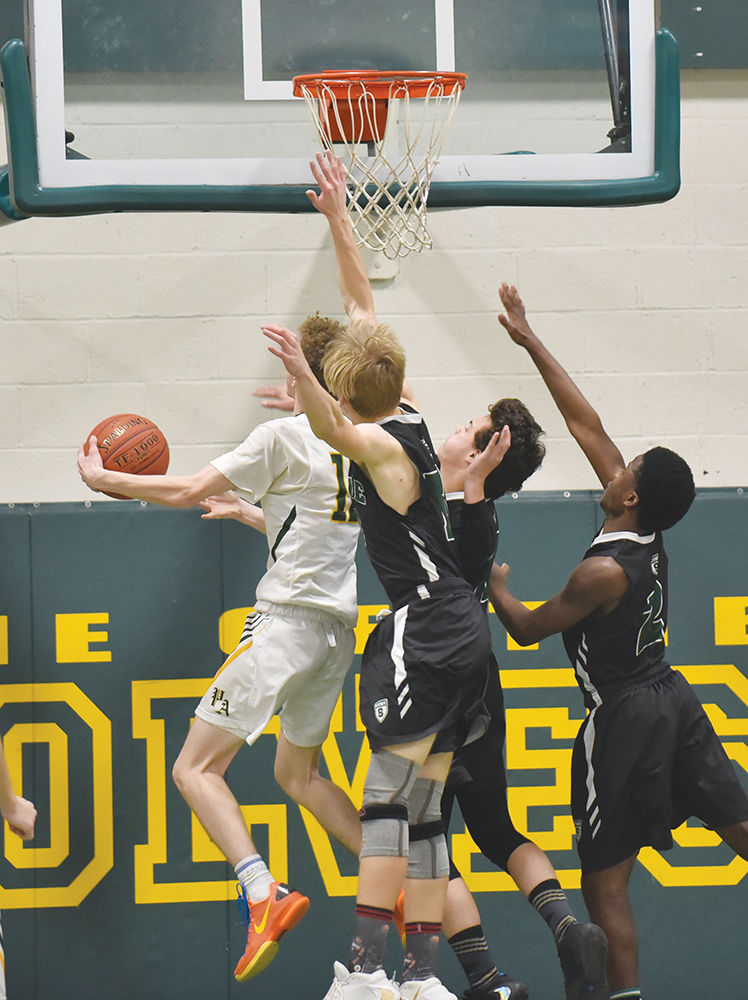 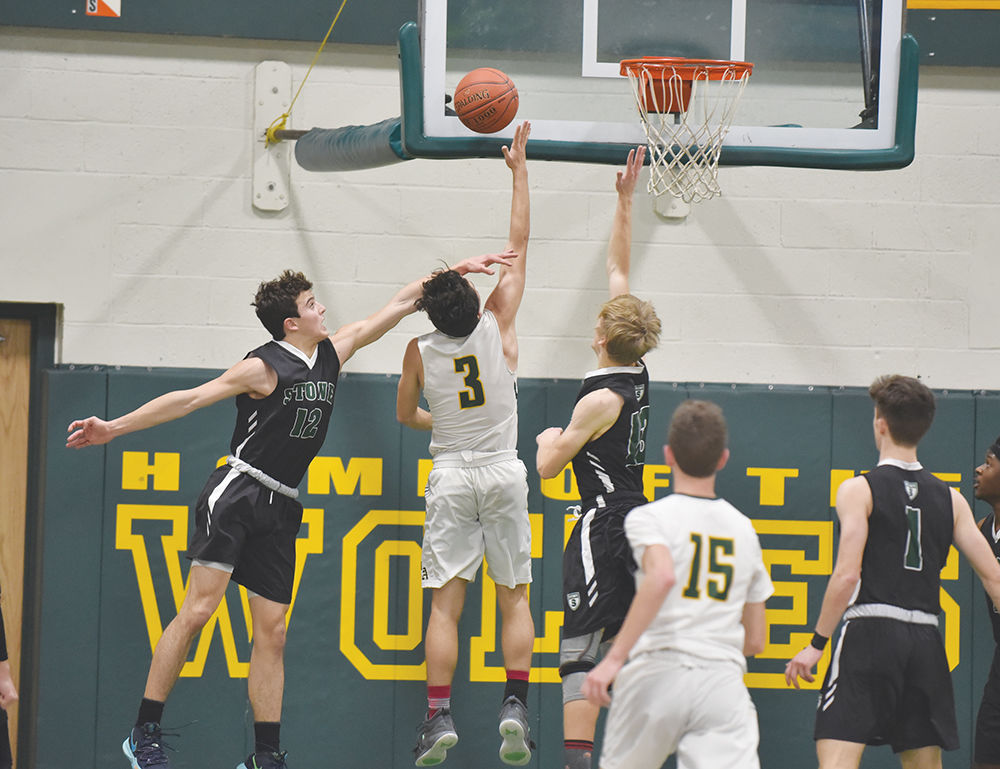 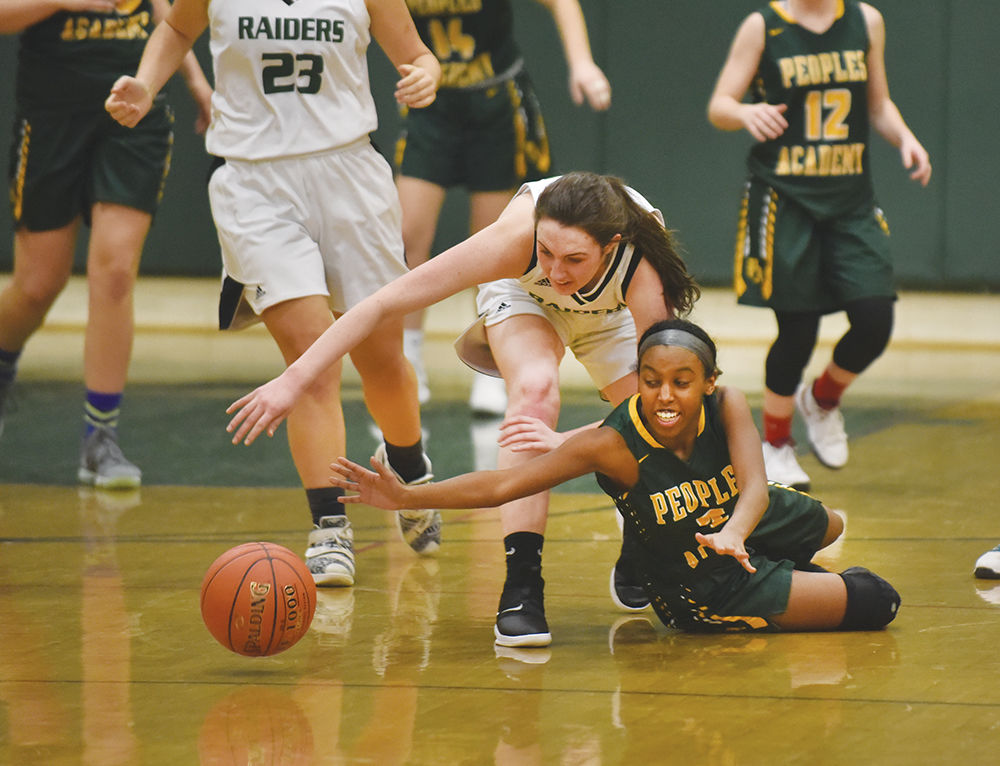 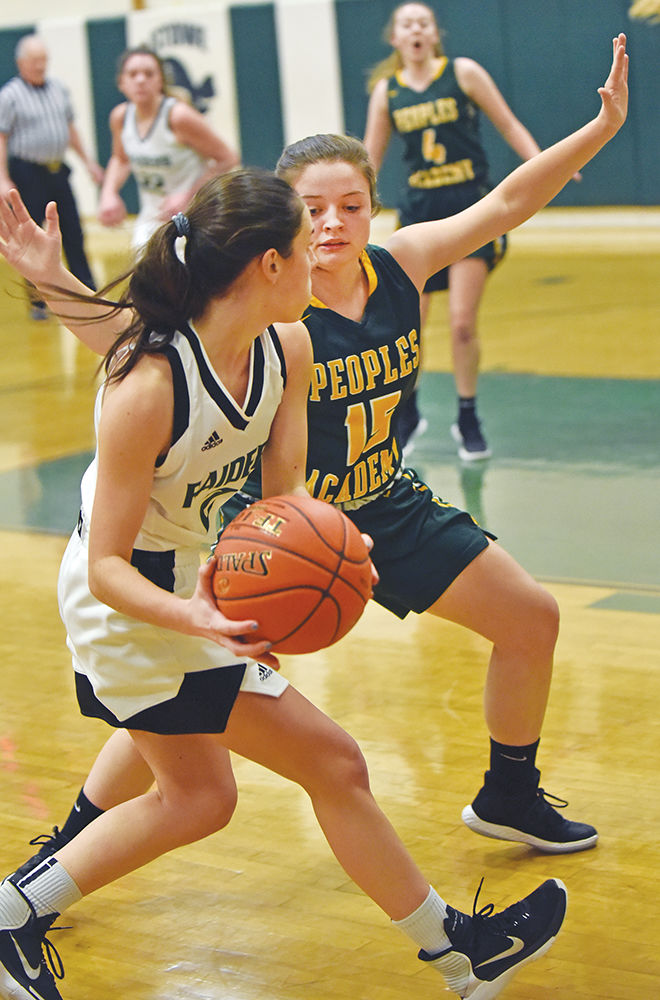 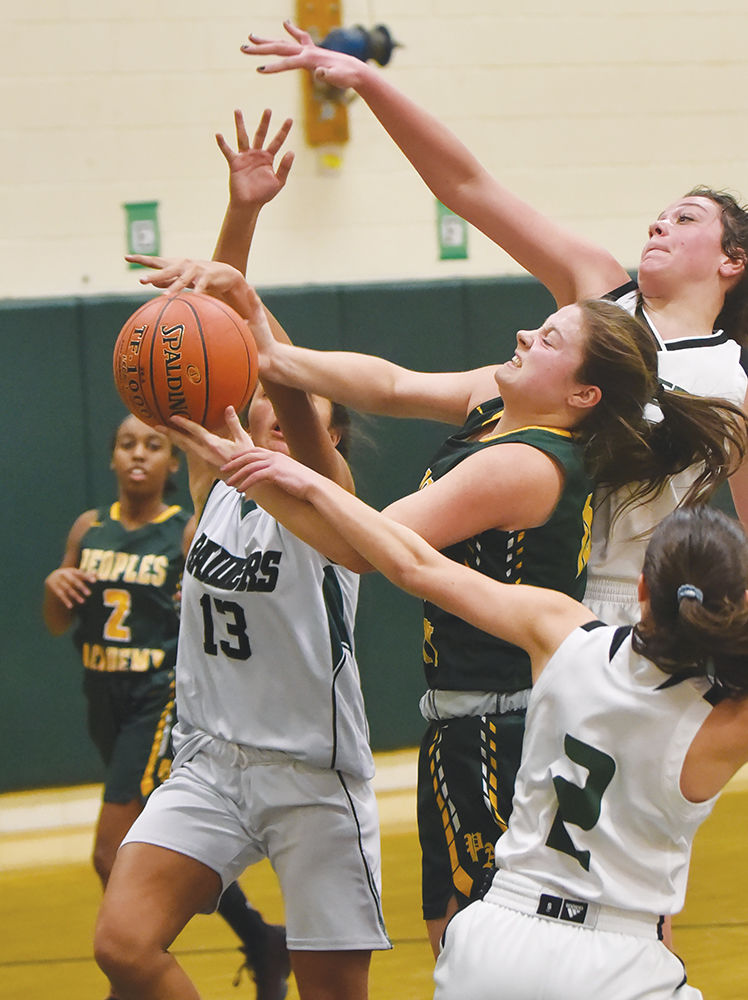 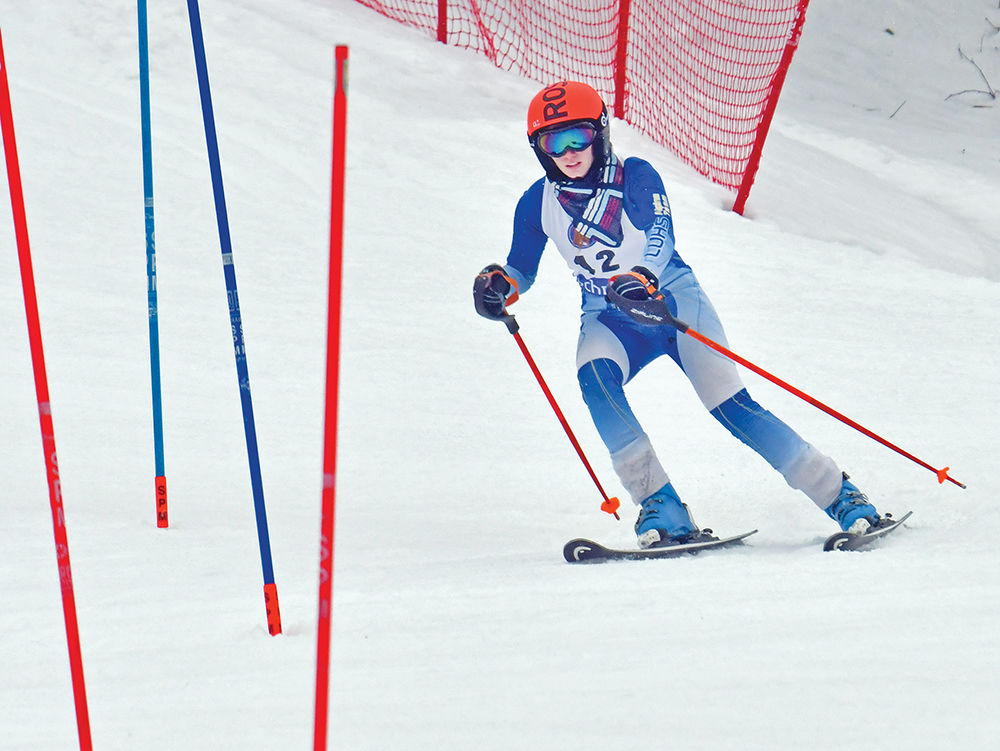 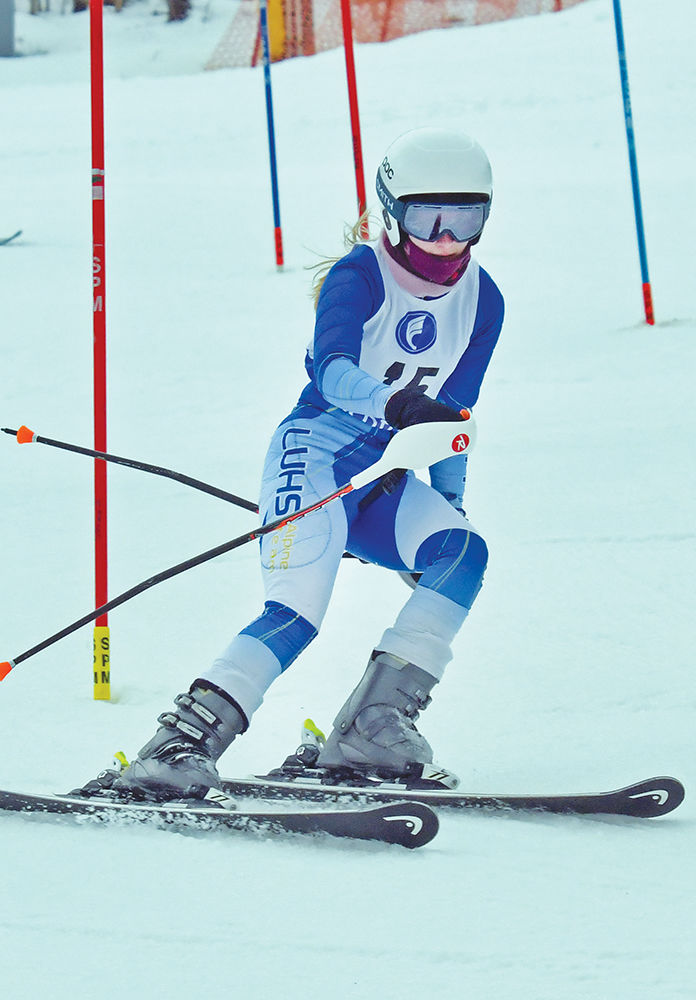 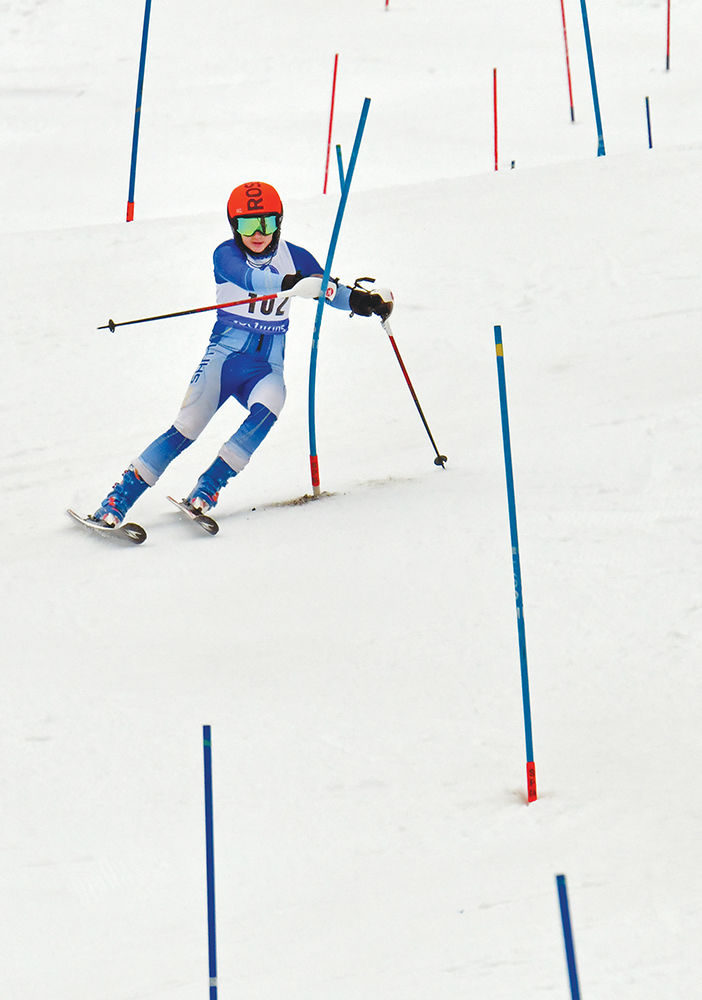 Peoples Academy’s Chandler Follensbee rips down one of his 10 rebounds in a 59-42 win against Stowe High.

Shelby Wells leads the fast break for Peoples Academy in a 55-24 victory over Stowe High School.

Down three points after the first quarter, Peoples outscored Hazen 20-8 in the second to take the lead, then put the game away in the second half against its rivals from up Route 15.

Shelby Wells led the PA offense with 19 points and Amy Yando had 12.

Peoples, 11-2, and is in the thick of a race for home-court advantage in the upcoming Division 3 playoffs. The Wolves are ranked third, behind Lake Region and Windsor and just ahead of defending champion Thetford.

Hazen, competing in Division 4 this season, dropped to 4-10.

Lamoille got back to .500 on the year with a dominant win at Randolph.

Heidi Tinker led Lamoille with 14 points and Hannah LaRock had 13.

Shelby Wells scored 11 of her 18 points in the second quarter, when Peoples Academy broke the game open at Stowe.

Amy Yando connected on all eight of her free throws, and the Wolves stacked up 15 steals in holding Stowe to 24 points.

Harwood got 20 points from Tanum Nelson and held host Lamoille to just 12 points for the game.

Three players scored for Rice as it outlasted host PA-Stowe.

Kylie Corley, Kate MacKenzie and Kate Buckley had the goals for Rice and netminder Emily McDonald made 12 saves.

PA-Stowe struck for five goals, the most in a game this season, to beat host Woodstock for the Raiders’ second win of the year.

Oxbow’s Bryce Ilsley poured in 38 points, but it wasn’t enough, as Lamoille, playing on its home court, rallied from an early deficit to force overtime, then won the game in the extra session.

Oxbow led 26-11 after the first quarter, but Lamoille chipped away all through the remaining three quarters to force overtime, where it outscored Oxbow 13-9.

Shane Royer struck for 29 points and added 10 rebounds to lead the Lancers and Jackson Stanton had 10 points and eight assists.

Cooper Simmons chipped in with 14 points for Oxbow.

Randolph used a strong inside game to win at home against Lamoille.

Peoples Academy outscored Stowe 17-6 in the second quarter, then continued to pull away to win the rival’s first game of the season.

Rashawn Russell led Stowe with 13 points and Alex Reichelt had 10.

Peoples Academy, 8-5, is tied for third in Division 3. Stowe dropped to 7-6, eighth in the division.

Joe Buonanno chipped in 14 points and Chandler Follensbee had 10.

Dillon Bingham led Danville with 16 points, Ethan Melen had 14 and Logan Young had 13.

Alex Tilgner and Atticus Eiden each scored twice to lead PA-Stowe to a home win over Rutland.

Tilgner, Cam Anderson and Henry Paumgarten had assists for the Raiders and Ethan Brown made 23 saves in goal.

Ryan Mela had a goal and an assist for Rutland, Dillon Moore and Ethan Cease had the other scores and Augie Louras stopped 33 shots.

Sam Rubman scored twice and assisted on another goal to lead Rice to a home win over PA-Stowe.

Cameron Kinsell added a goal and an assist for Rice and Reily Hickey also scored.

PA-Stowe outlasted host Spaulding to get the road win; the two teams split a pair of one-goal games this season, with each winning on the other team’s home ice.

Lamoille claimed the top spot in jazz at a competition hosted by Springfield and took second in hip-hop.

Mount Mansfield won hip-hop and was second to Lamoille in jazz. BFA St. Albans claimed third in both competitions.

Gillen wins for Lamoille at Craftsbury

Lamoille’s Elias Gillen won a 16-kilometer classic mass start at the Craftsbury Outdoor Center, and five other Lancers cracked the top 10 in a race that featured both boys and girls competing in the same event.

Here’s a look at how the Lamoille skiers did; skiers are listed by place, name and finish.

The New England Sled Dog Club is once again hosting a pooch-powered weekend of racing along the Lamoille Valley Rail Trail, and this time, it appears there will be a key component that was missing last year: snow.

The pair of local biathletes, Barton native Susan Dunklee and Morristown’s Emily Dreissigacker, were named to the U.S. national team that is currently competing in the IBU Biathlon World Championships in Antholz-Anterselva, Italy.