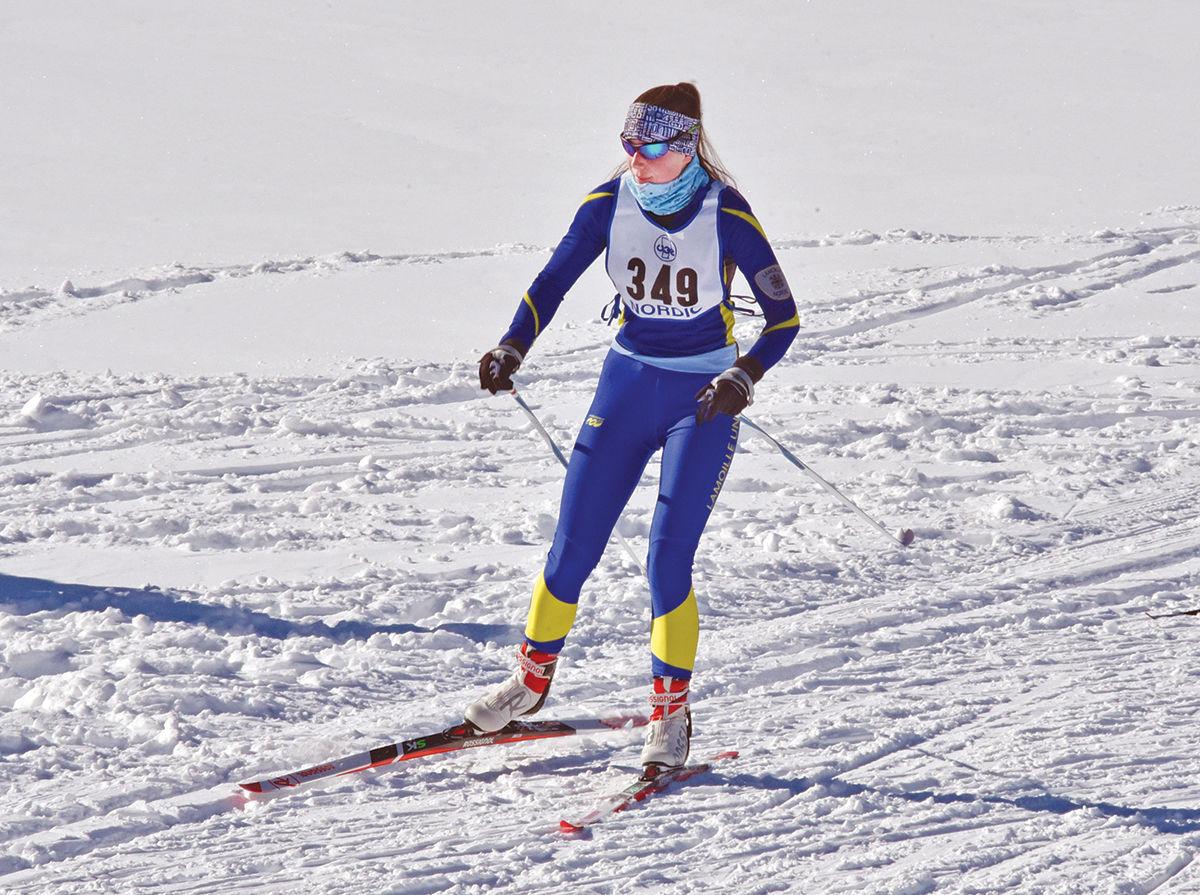 Lamoille’s Wenzdae Wendling skis to 29th place at the U-32 Invitational, where the Lamoille boys team finished sixth and the girls team was eighth. 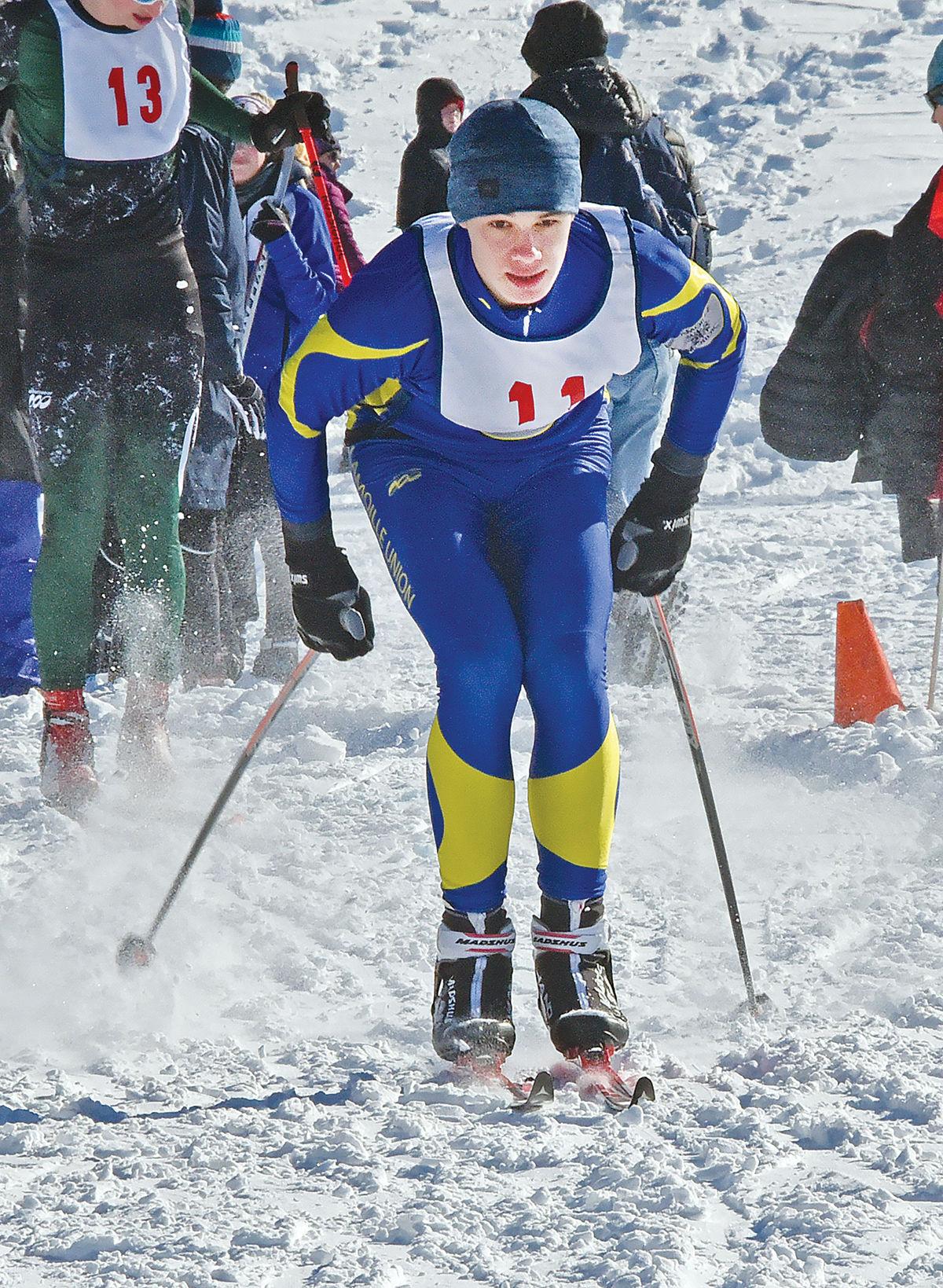 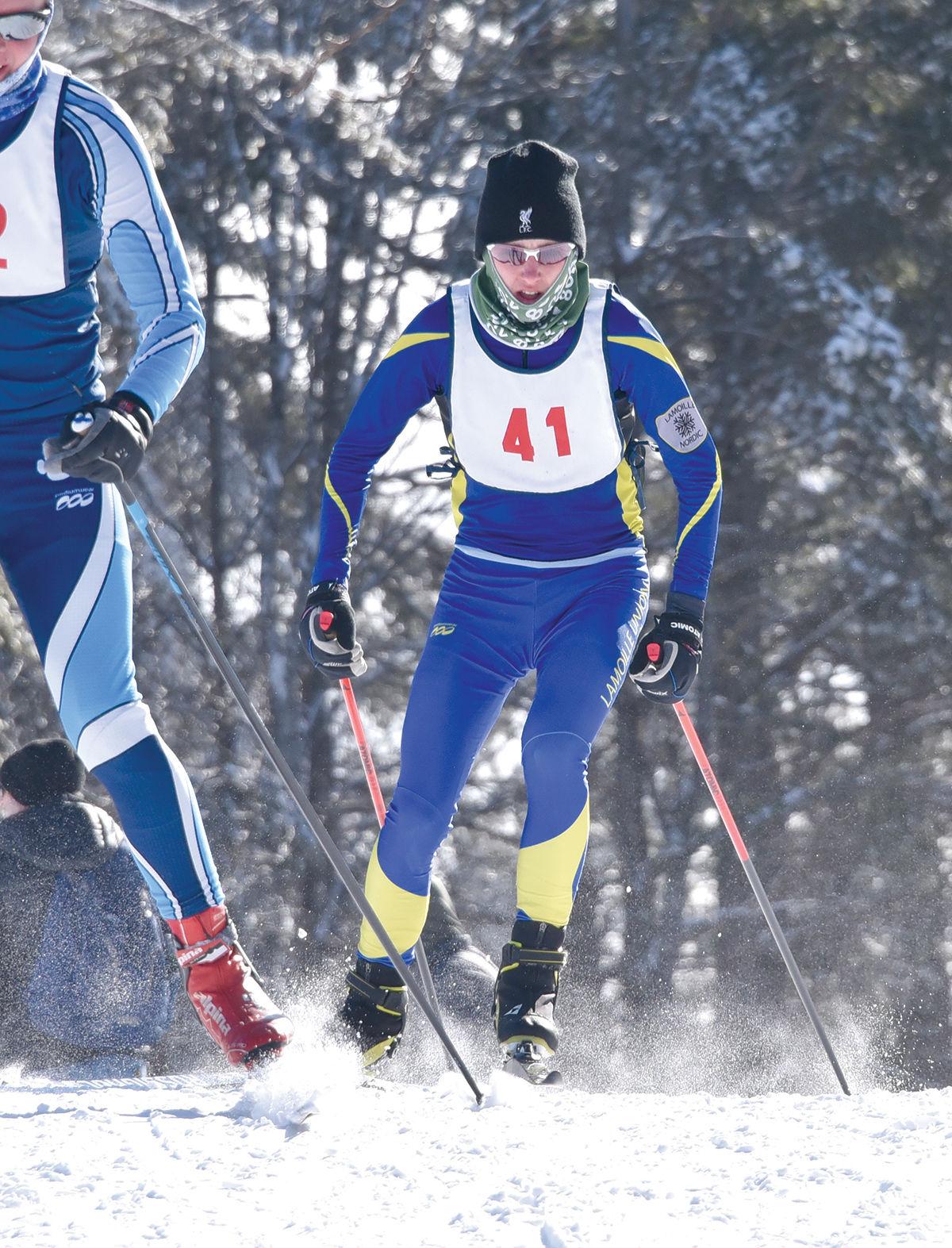 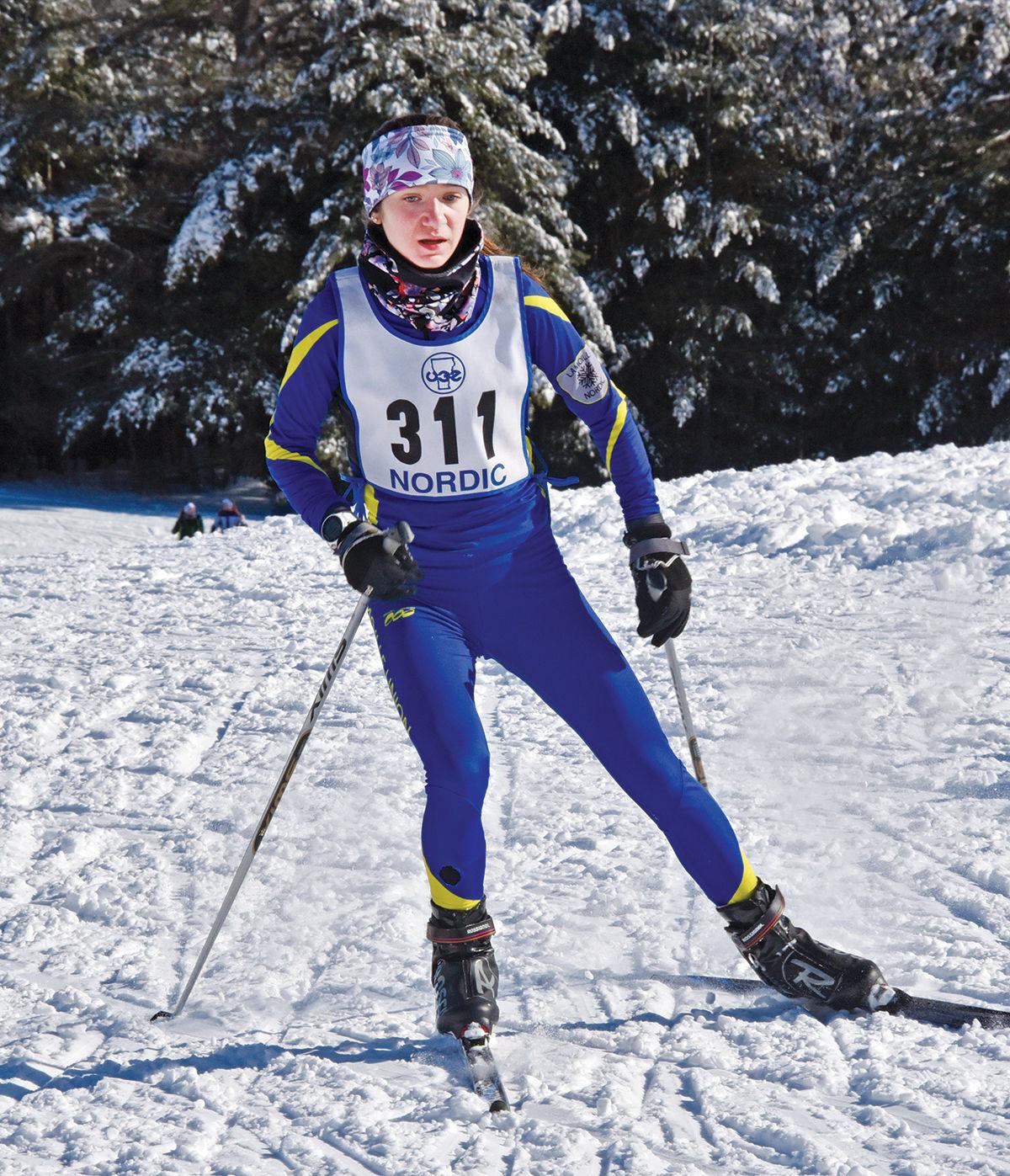 Lamoille’s Wenzdae Wendling skis to 29th place at the U-32 Invitational, where the Lamoille boys team finished sixth and the girls team was eighth.

U-32’s Owen Kellington scored 18 points in a win at Lamoille.

Anthony Engelhard added 11 points for U-32, which is 15-2 and ranked second in Division 2.

Shane Royer led Lamoille with 17 points. Lamoille, 8-9, is 12th in D-2. The Lancers appear to have locked up a playoff spot, but need to climb to eighth to get a home game in the opening round of the tournament.

Hazen outscored Peoples by nine after halftime to get a road win in the first of two rivalry games between the schools.

The game was tied 29-29 at halftime; Hazen sealed the game at the free-throw line in the fourth.

Isaiah Baker led Hazen with 23 points, including 9-for-10 from the foul line, and Carter Hill scored 20 points.

Jake Wilson scored nine of his 15 points in the fourth quarter to keep Peoples in the game. Charlie Veit led the PA offense with 18 points and Joe Buonanno had 12.

Hazen and Peoples will face off in their regular season finale on Friday, Feb. 21, at Hazen.

BFA Fairfax jumped to a 36-15 lead by halftime in a home win against Peoples.

Fairfax’s Carl Bruso led all scorers with 23 points and Andrew Stevens had 10.

Kamryn Boyce chipped in 16 for Richford, a squad that always seems to give the Wolves trouble.

Shelby Wells led Peoples with 14 points, Mychaela Watson had 12 and Amy Yando had 10.

Thetford used a balanced offense to pull away and win at Lamoille.

Up 30-26 at the break, Thetford pulled away in the second half.

“Very proud of the girls for their grit and toughness to compete against relentless pressure throughout the game,” said Lamoille coach Brian Barney.

Heidi Tinker hit four 3-pointers and led Lamoille with 18 points. Nadya Bean had eight points for the Lancers, who dropped to 6-8 on the season. Thetford is 13-2.

Up 18-15 at the half, Lyndon won at Lamoille by outscoring the Lancers 14-8 in the fourth quarter.

BFA St. Albans outlasted Peoples Academy-Stowe in a barnburner to get the road win.

Henry Paumgarten scored twice and assisted on another goal to lead PA-Stowe to a road win at Champlain Valley Union.

Alex Tilgner assisted on every goal for PA-Stowe and Atticus Eiden had two assists for the Raiders.

Peoples Academy-Stowe eked out a victory at Hartford for the Raiders’ third win this season.

The loss was PA-Stowe’s sixth by a single goal this season.

The Lamoille Union boys skied to a sixth-place finish and the girls were eighth at the annual U-32 Invitational.

Lamoille’s boys team finished with 116 points; U-32 won the event with 33 points, Champlain Valley was second with 44 and BFA St. Albans third with 62.

The Lamoille girls were eighth with 145 points; Burlington won with 31 points, U-32 was second with 43, CVU third with 57 and Harwood fourth with 61.

Here’s a look at how Lamoille’s skiers did individually; skiers are listed by place, name and time.

Lamoille’s varsity and junior varsity dance teams finished second across the board at the Northern Vermont Athletic Conference championships at Mount Mansfield.

Lost Nation/Revolution, the last unbeaten team in the Lamoille Valley Men’s Basketball Association went down to defeat on Sunday, 78-67.

The two powerhouses in the Lamoille Valley Men’s Basketball Association raced to easy victories on Sunday.