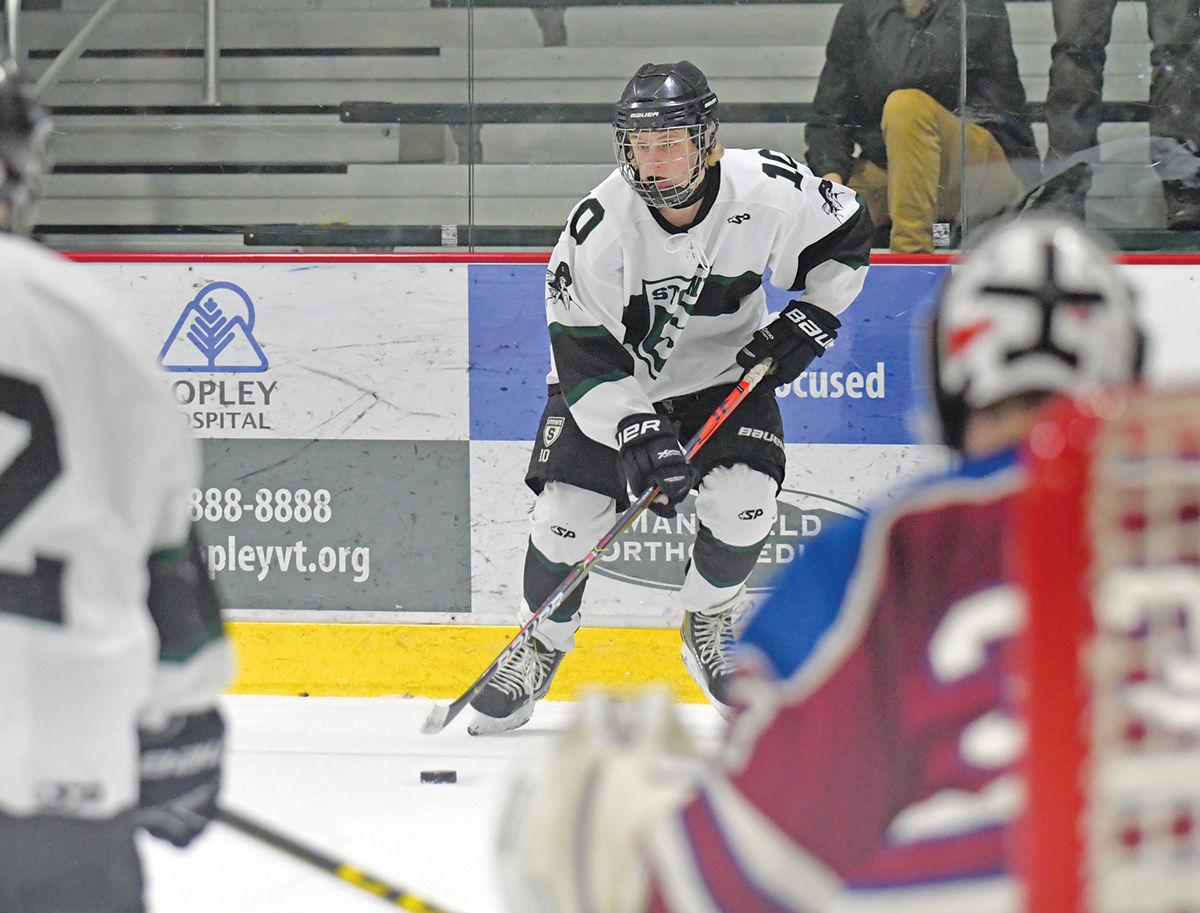 Atticus Eiden had a three-goal hat trick for the Peoples Academy-Stowe cooperative boys hockey team in a 5-1 win over CVU. 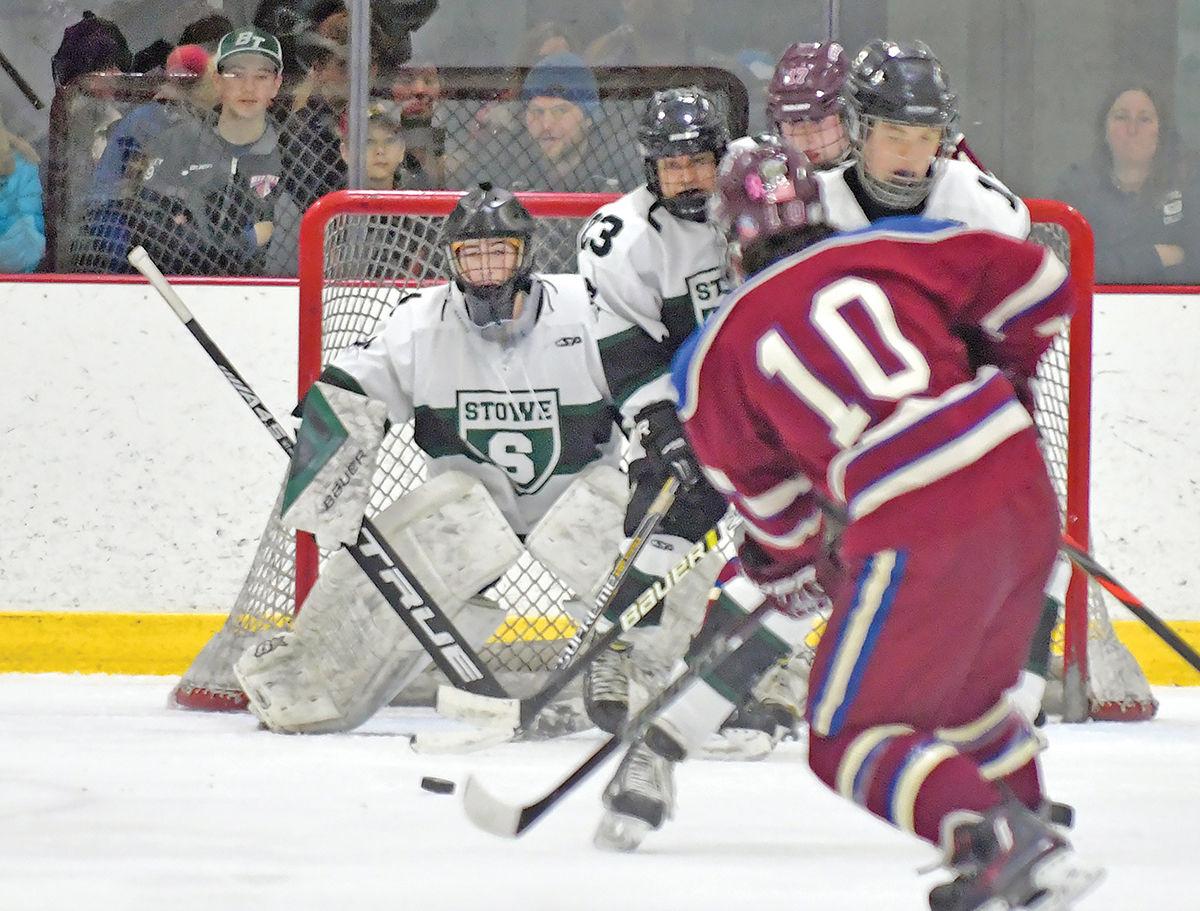 Ethan Brown, the goalie for the Peoples Academy-Stowe cooperative boys hockey team, prepares to make one of the 29 saves he had in a 4-3 loss to Spaulding.

Atticus Eiden had a three-goal hat trick for the Peoples Academy-Stowe cooperative boys hockey team in a 5-1 win over CVU.

Ethan Brown, the goalie for the Peoples Academy-Stowe cooperative boys hockey team, prepares to make one of the 29 saves he had in a 4-3 loss to Spaulding.

Atticus Eiden led the way for Peoples-Stowe, scoring once and assisting on the other two goals, scored by Rowan Keller and Hayden Tibbits. Goalie Ethan Brown made 29 saves.

Jameson Soloman and John Malnati had the other two goals for Spaulding and Kyle May stopped 23 shots in net.

Alex Tilgner had a goal and an assist, Cam Anderson had two assists and Hayden Tibbits, Eames Eiden and Charlie Davidow all had assists.

Jacob Staton scored for CVU on an assist from Angelos Carroll.

Woodstock outscored the cooperative team from Peoples Academy-Stowe in a scorcher to earn the road win.

The loss was PA-Stowe’s second single-goal loss this season, and the Raiders are now 0-2.

Goals from Isabel Donza, Lexi James and Skyler Graves weren’t quite enough as the cooperative team from PA-Stowe dropped its season opener on the road at North Country-Lyndon.

Donza and Graves also had assists for the Raiders and goalie Ashley McHugh made 10 saves.

Postponed due to weather.

Junior center Gracie Beck had 10 points for Peoples and freshman guard Shelby Wells had eight in her varsity debut.

Peoples led 17-12 at halftime, then fended off a late push by the home team, in which Williamstown briefly took the lead in the third quarter.

Postponed; no reschedule date yet announced.

Lost Nation/Revolution, the last unbeaten team in the Lamoille Valley Men’s Basketball Association went down to defeat on Sunday, 78-67.

The two powerhouses in the Lamoille Valley Men’s Basketball Association raced to easy victories on Sunday.