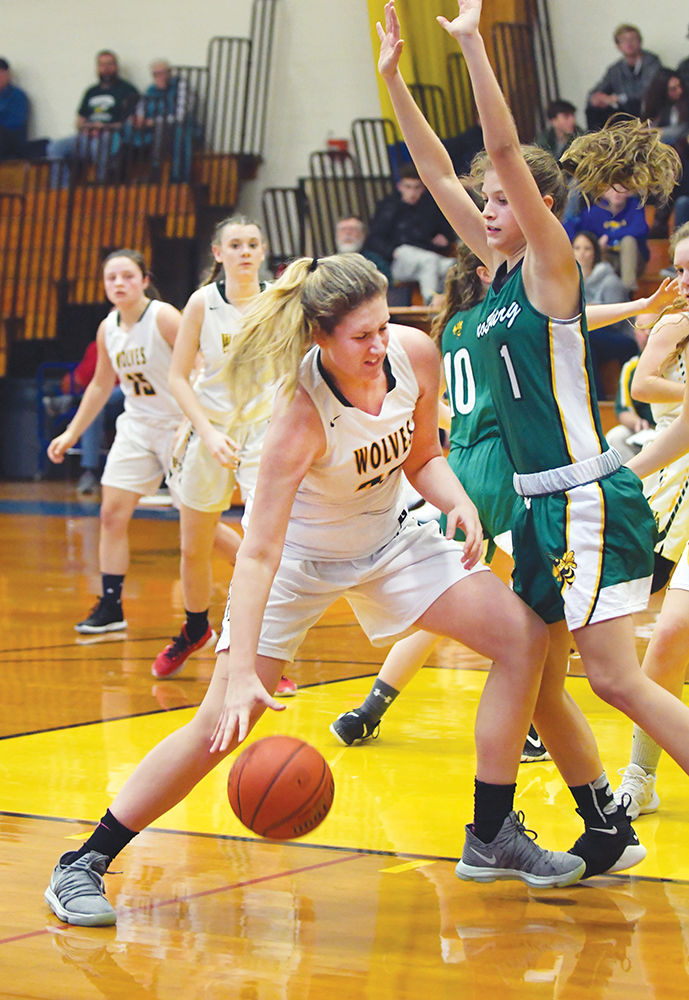 Peoples Academy’s Gracie Beck goes to work in the low post against Enosburg in the Lamoille Holiday Tournament. 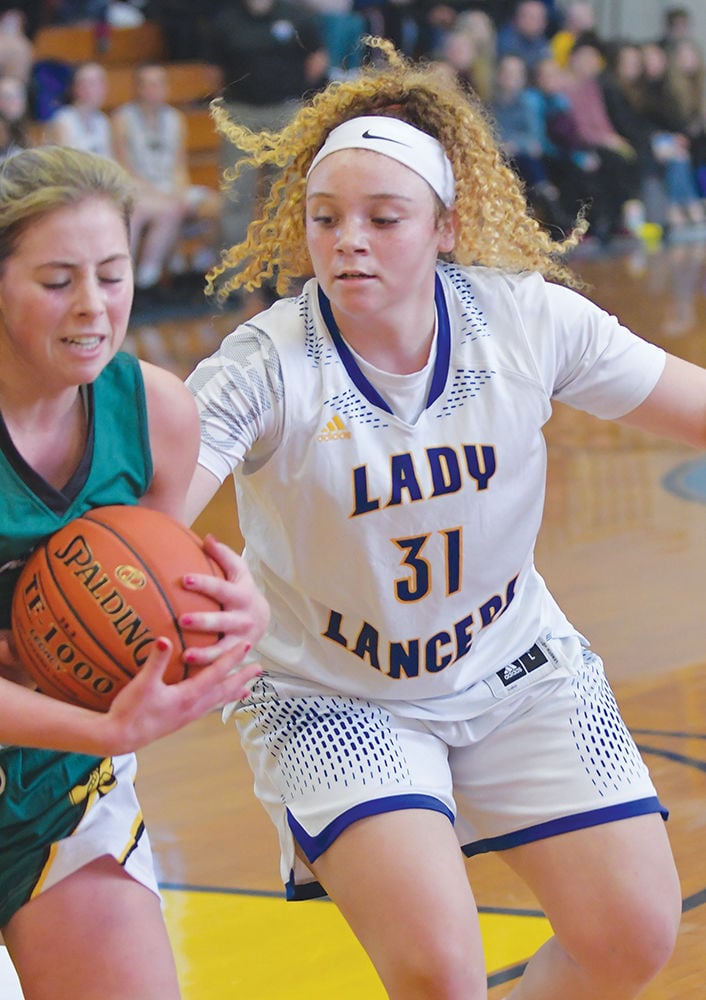 Nadya Bean of Lamoille Union harasses an Enosburg player in the championship game of the tournament. 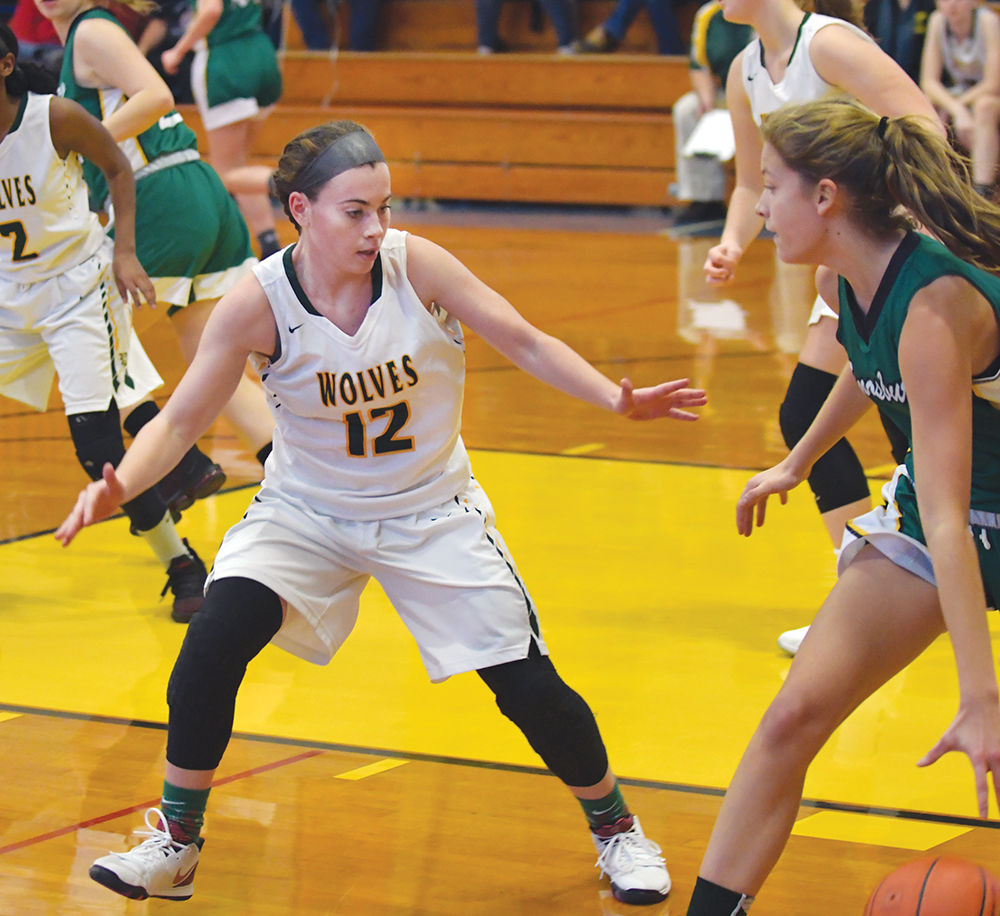 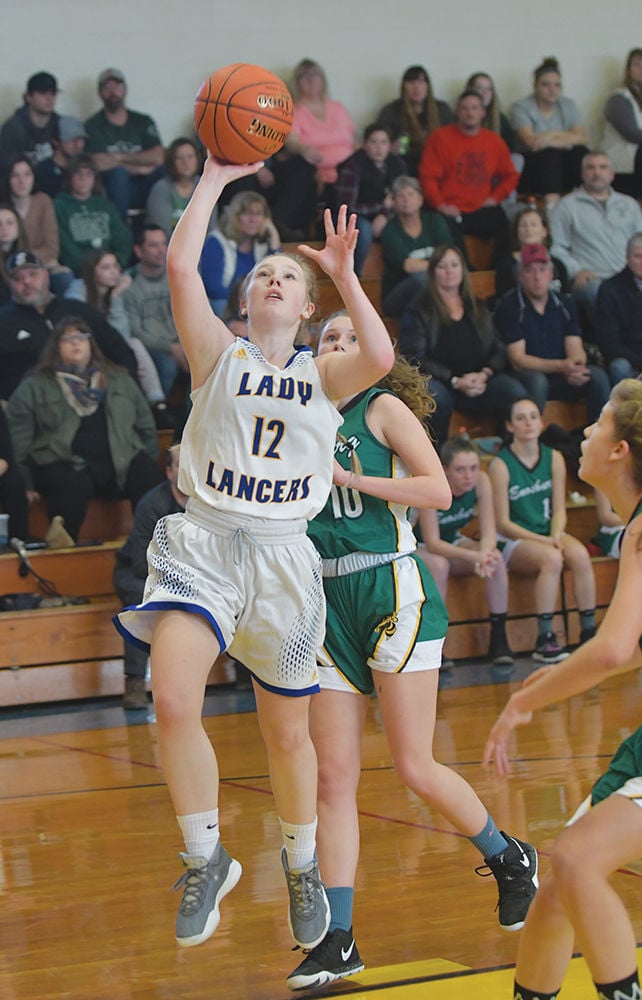 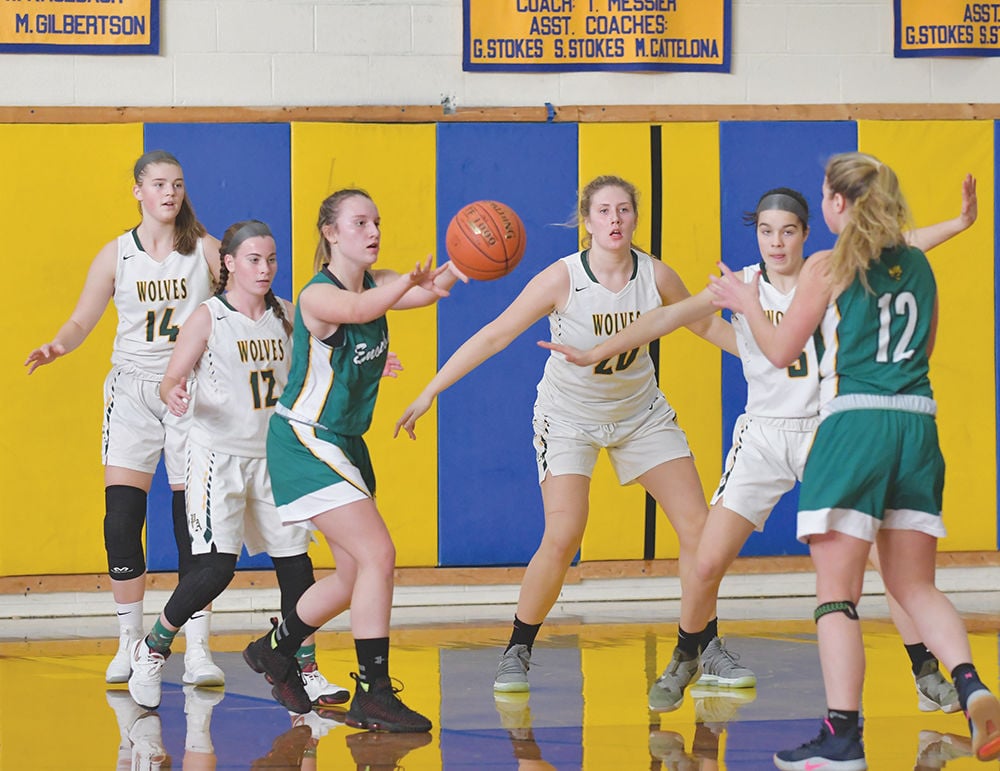 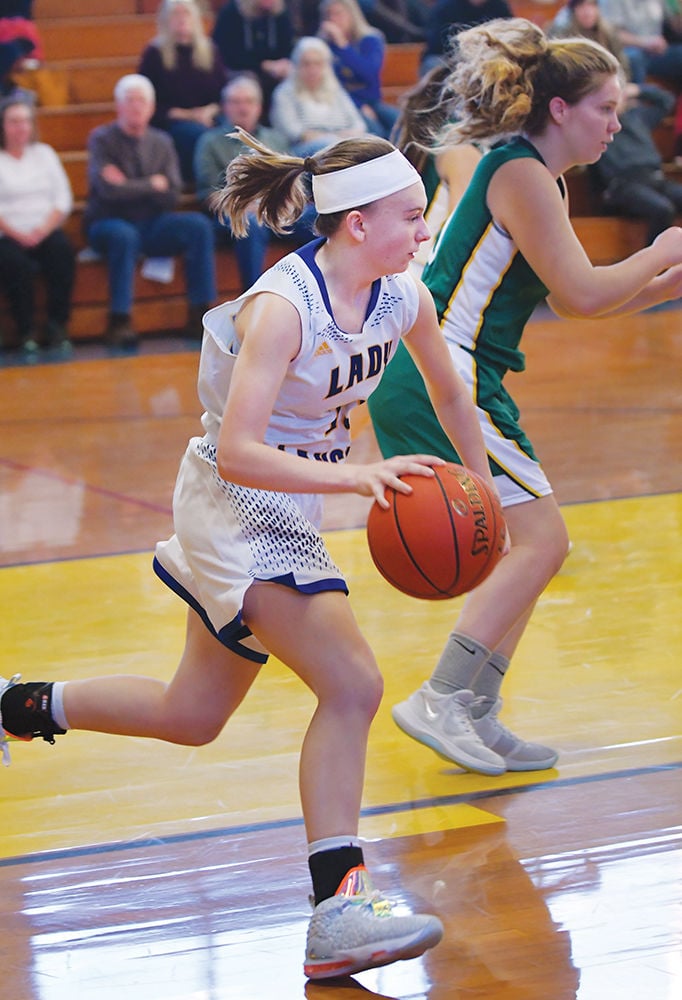 Peoples Academy’s Gracie Beck goes to work in the low post against Enosburg in the Lamoille Holiday Tournament.

Nadya Bean of Lamoille Union harasses an Enosburg player in the championship game of the tournament.

Up 21-13 at the half, Enosburg coasted past the Lancers in the championship game of the Lamoille Holiday Tournament.

Enosburg slammed the door on any Lamoille comeback by outscoring the Lancers 18-8 in the fourth quarter. Lydia Bowen, who was named Most Valuable Player of the tournament, led Enosburg with 17 points and Sophie Burns had 14.

Peoples bounced back from its first loss of the season with a win over rival Hazen in the consolation game of the Lamoille Holiday Tournament.

Lamoille opened a double-digit lead by the end of the third quarter, then fended off Hazen’s comeback bid in the last quarter.

Nadya Bean and Emma Dubie each scored seven to lead the Lamoille offense.

Enosburg thumped Peoples in the opening round of the Lamoille Holiday Tournament.

Three players hit double figures for Lamoille in the consolation game of the Lamoille Holiday Tournament.

Jackson Stanton led Lamoille with 17 points, Shane Royer had 12 and Ethan Alexander came off the bench to score 10.

“As a coach, I’m proud of the way the boys played against Fairfax” after losing a squeaker to Enosburg the night before, Lamoille coach Hosea Crittenden said.

Shane Royer’s 25 points weren’t quite enough, as Enosburg eked out a win over the home team in the opening round of the Lamoille Holiday Tournament.

Jackson Stanton scored 16 points to go with Royer’s 25 for Lamoille. The two squads traded the lead throughout the game, with Enosburg making the final run to get the win.

A balanced offense helped Peoples Academy-Stowe beat its second out-of-state opponent in as many days, as the Raiders thumped Brookline, Mass., to win the Middlebury Tournament.

The win gave PA-Stowe its second straight title at the annual event, known as the Brush Holiday Classic D-1 Tournament.

Six players scored for the Raiders; Atticus Eiden had a goal and two assists and Alex Tilgner and Henry Paumgarten each had a goal and an assist. Oli Paumgarten, Eames Eiden and Rowan Keller also scored, Adrian Bryan had an assist and Ethan Brown made 26 saves in goal.

Grayson Badger had a goal and an assist for Brookline, Colin Finnegan also scored and Jasper Reed and Rohan Gervais had assists.

Four players scored as PA-Stowe snapped a two-game skid with a win over Lake Placid in the opening round of the Middlebury Tournament.

Atticus Eiden and Alex Tilgner each had a goal and an assist, with Tilgner setting up Eiden for an empty-net goal at the end of the game to slam the door after Lake Placid pulled goalie Brayden Munn. Henry Paumgarten and Landon Dubie also scored, Adrian Bryan, Rowan Keller and Oli Paumgarten had assists and goalie Ethan Brown made 33 saves.

Dylan Amell scored for Lake Placid and Munn made 23 saves.

Peoples Academy-Stowe took one-goal leads on three separate occasions, but North Country-Lyndon rallied to tie it each time, then blew the game open in the third.