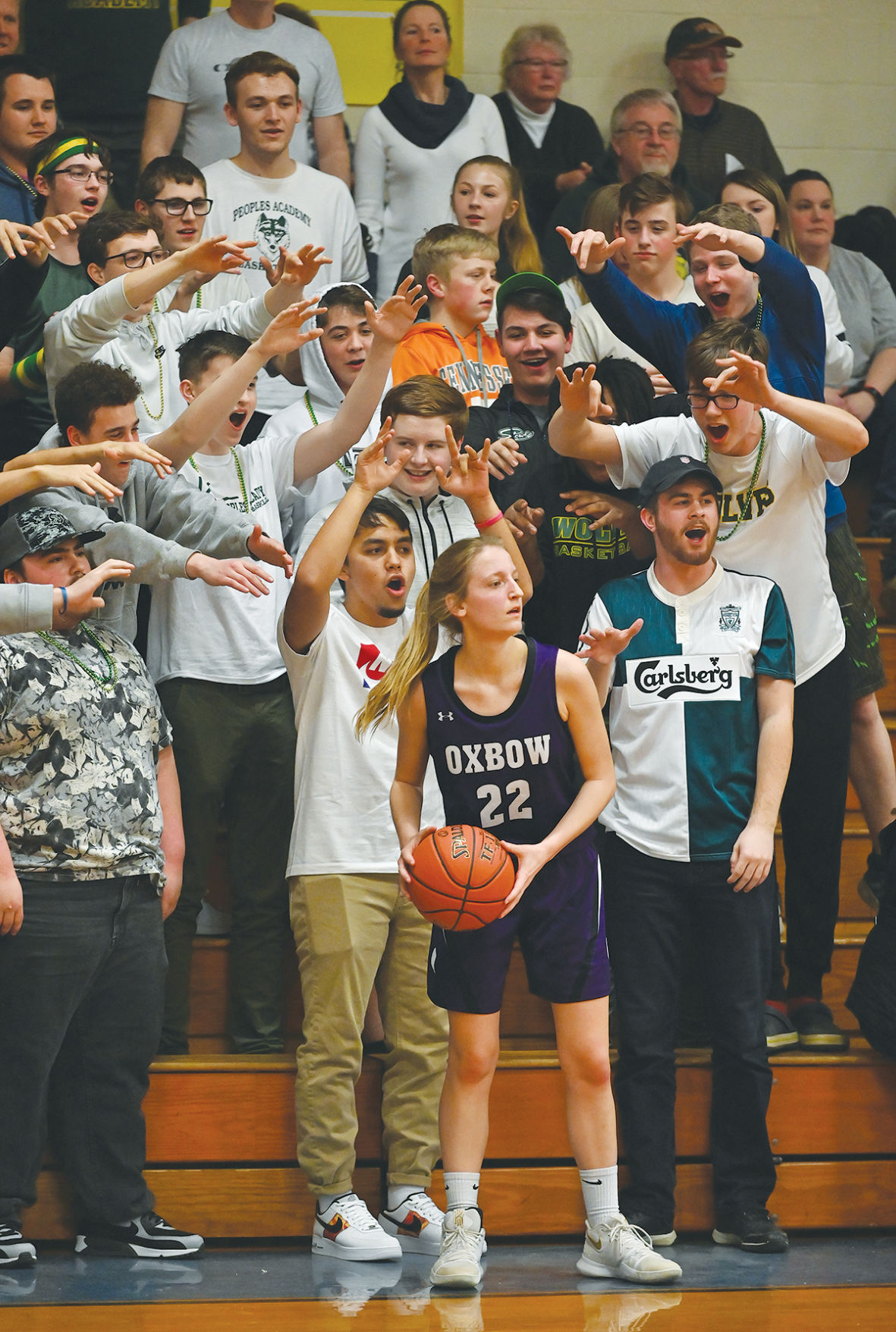 Fans of the Peoples Academy girls basketball team do what they can to cast a nasty spell on visiting Oxbow, but it didn’t work — Oxbow won the playoff game on a last-second free throw. 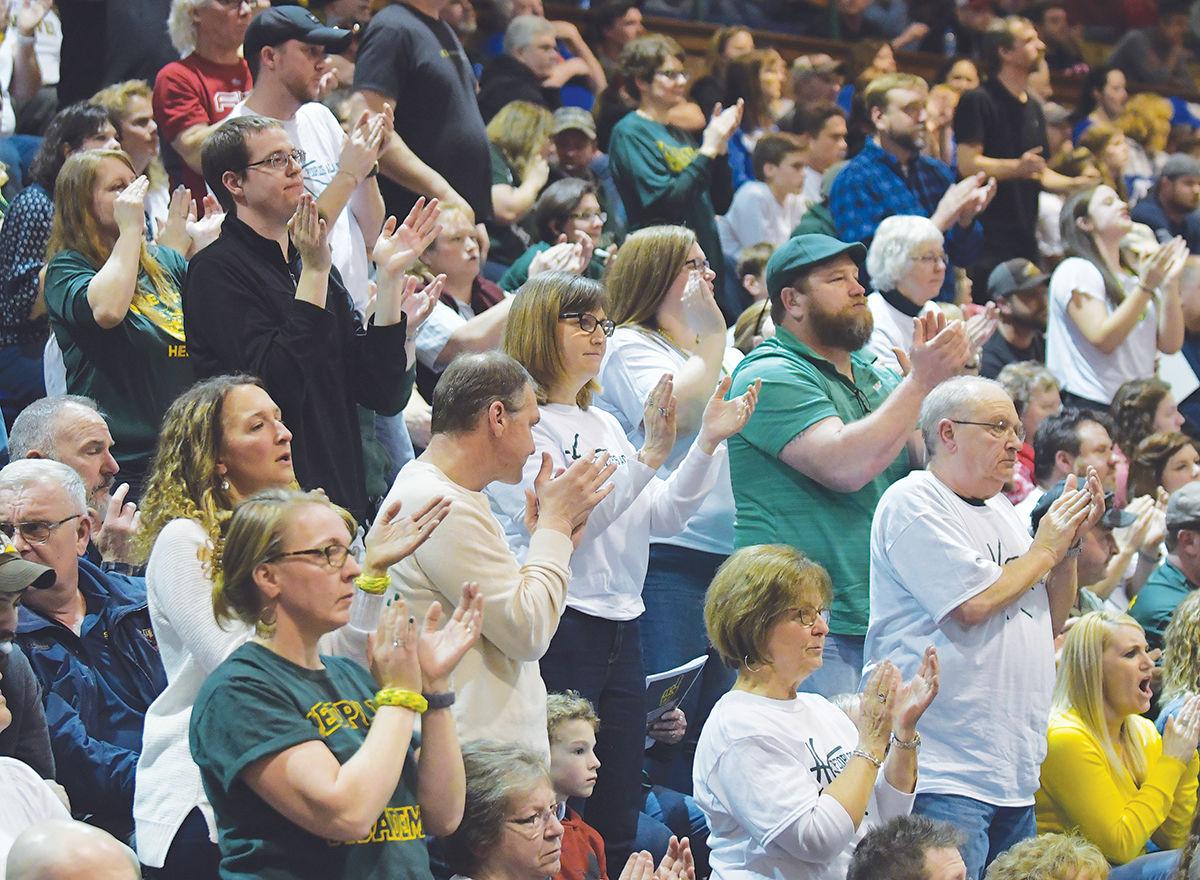 Fans applaud a valiant effort by the Peoples Academy boys basketball team in a tough loss to Thetford at the Barre Auditorium. 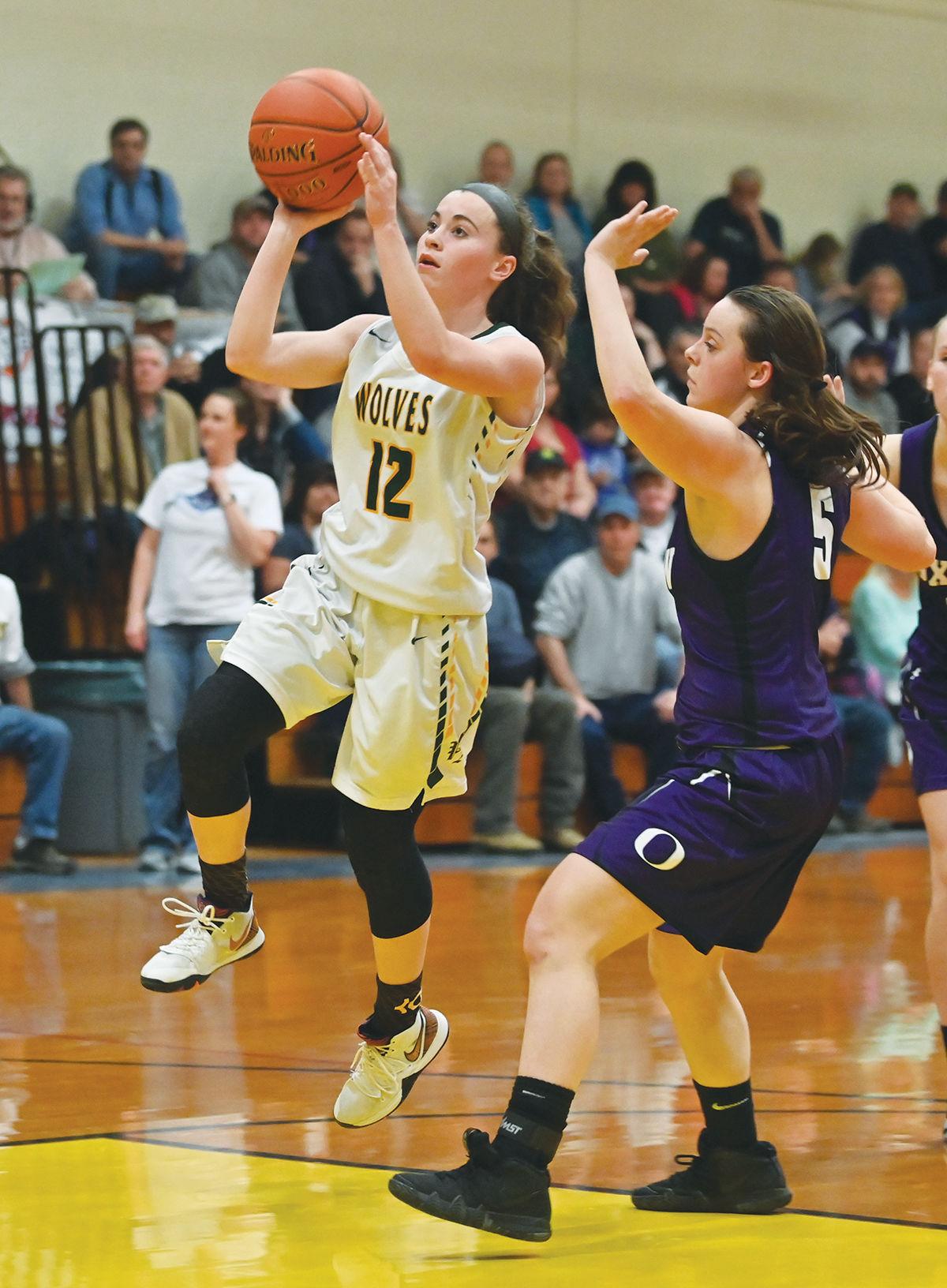 Amy Yando launches a runner for the Peoples Academy girls basketball team in a narrow playoff loss to Oxbow. 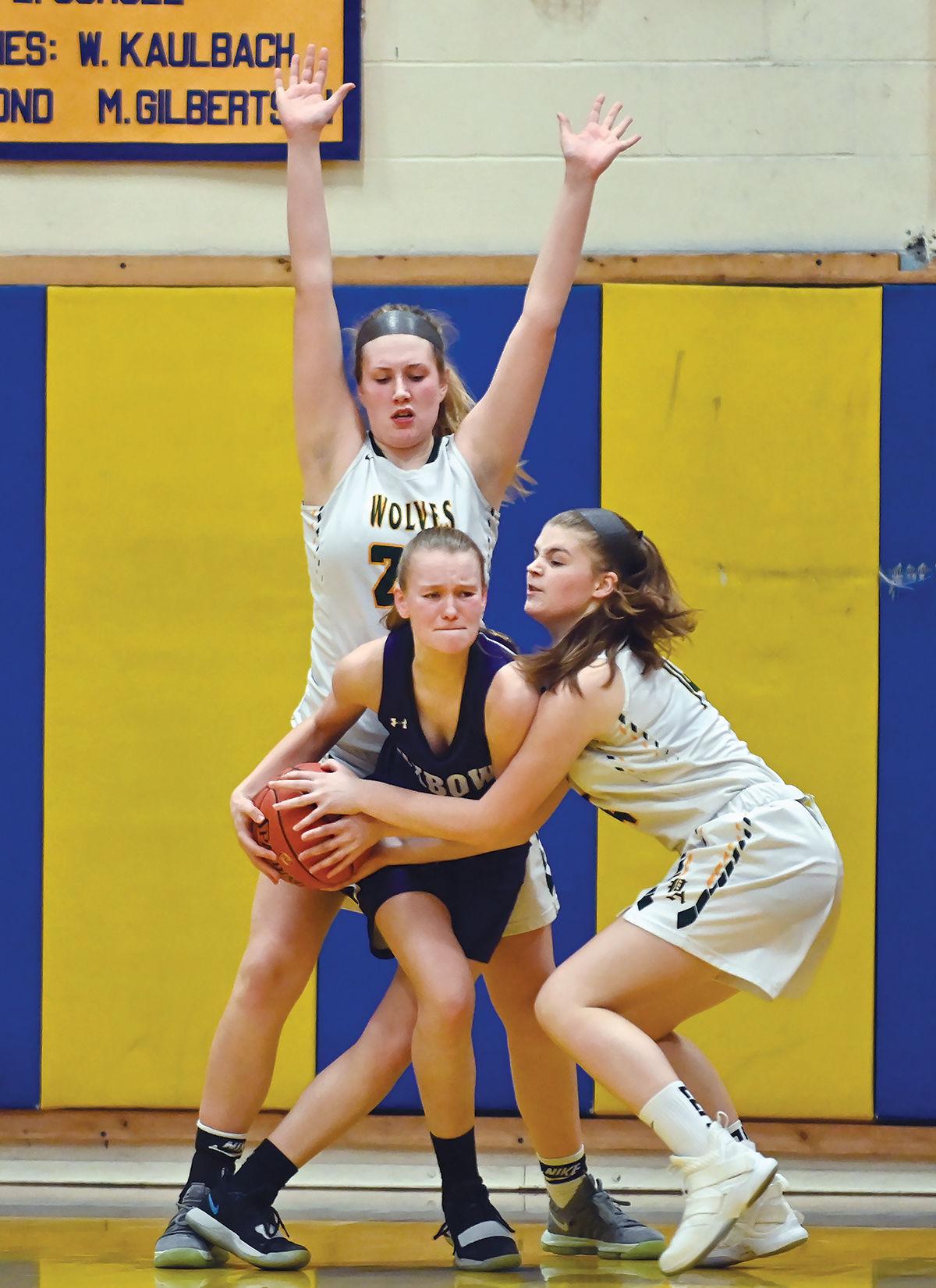 Fans of the Peoples Academy girls basketball team do what they can to cast a nasty spell on visiting Oxbow, but it didn’t work — Oxbow won the playoff game on a last-second free throw.

Fans applaud a valiant effort by the Peoples Academy boys basketball team in a tough loss to Thetford at the Barre Auditorium.

Amy Yando launches a runner for the Peoples Academy girls basketball team in a narrow playoff loss to Oxbow.

Peoples Academy-Stowe used a stifling defense and an opportunistic offense to upset No. 1 Essex in the Division 1 semifinals.

The win booked No. 4 PA-Stowe a spot in the D-1 championship game; the Raiders played No. 2 BFA St. Albans at the University of Vermont’s Gutterson Fieldhouse for the title on Wednesday, after the News & Citizen went to press.

Atticus Eiden and Alex Tilgner each scored an unassisted goal to provide the offense for the Raiders. Essex actually struck first when Ryan Clark scored off an assist by Justin Prim, but PA-Stowe quickly answered, as Eiden collected a loose puck and swooped in to beat Essex goalie Paul Gordon.

The two squads stayed tied 1-1 until Tilgner beat an Essex defender and Gordon for the game-winning score with eight minutes left to play.

A five-minute major penalty against Essex then tipped the scales in the Raiders’ favor, and PA-Stowe goalie Ethan Brown and the Raider defense kept Essex at bay, even after it pulled its goalie for an extra skater in the final two minutes.

Brown finished with 24 saves for PA-Stowe; Gordon had 18 saves for Essex.

PA-Stowe lost to Essex twice in the regular seasons, but the games were close, and another tight game was no surprise. Essex was the defending state champ and finished the season 19-2-1.

Henry Paumgarten scored twice to lead PA-Stowe past Spaulding in the Division 1 quarterfinals.

Eames Eiden and Rowan Keller also scored for PA-Stowe, Atticus Eiden had two assists and Raiders goalie Ethan Brown made 29 saves. Keller’s goal came on a penalty shot with less than two minutes left to put PA-Stowe up one, and the Raiders scored again before the end of regulation to ice the game.

Christian Day had a goal and an assist for Spaulding and Jamison Mast also scores.

Alexa Kosakowski hit the game-winning free-throw for No. 5 Oxbow with seconds left, lifting her team over No. 4 Peoples Academy in the Division 3 quarterfinals.

The back-and-forth matchup came down to the final minute, when two PA players fouled out and Kosakowski was eventually sent to the line to decide the game.

Oxbow led by three at halftime and opened up an eight-point lead in the third before Peoples rallied to close within two, 27-25, to start the fourth.

“Even when we got down, we knew we had to buckle down and make a run of our own,” PA coach Amanda Tinguad said.

“The game was so evenly matched. Our girls worked so hard.”

Mychaela Watson led Peoples with 10 points and Shelby Wells had eight. Oxbow’s Emma Parkin led all scorers with 13 points and Melanie Neil had 11.

“Being able to come back in a playoff environment is so difficult, but the girls never gave up,” Tinguad said. “Losing by one point is such a hard way to end. But I am so proud of everyone for their hard work throughout the game.”

Sixth-ranked Mount Abraham got 20 points from Cami Masse as it downed No. 11 Lamoille in the opening round of the Division 2 playoffs.

Lamoille finished the year 8-13; Mount Abraham improved to 15-6 but lost its next game to No. 3 Harwood in the Division 2 quarterfinals.

Third-ranked Peoples Academy stormed past No. 14 Leland & Gray in the opening round of the Division 3 playoffs.