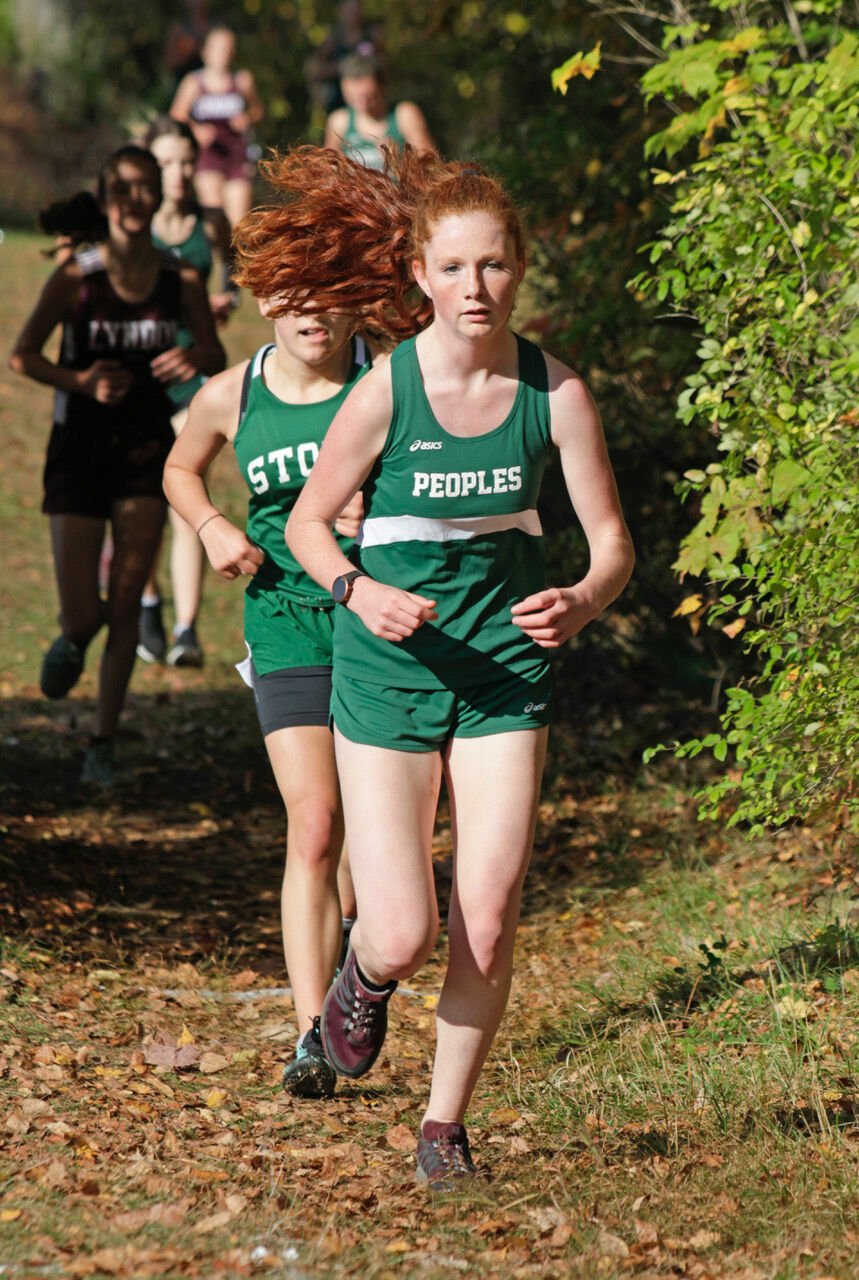 Sophomore Siri Dunn hits the trails during a meet. 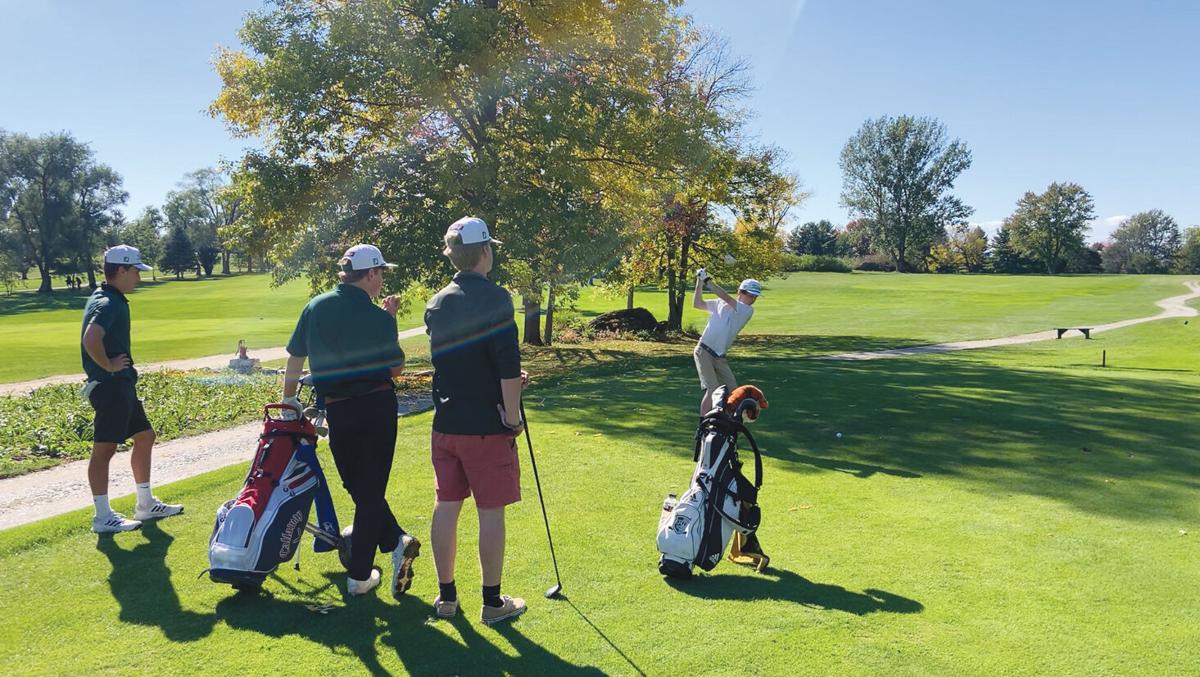 Sophomore Siri Dunn hits the trails during a meet.

In the meat of the season, playoffs on the horizon, here’s how Peoples Academy’s sports teams fared this week.

In a double-overtime effort in Morrisville, the U-32 Raiders made the most of their small passes in a concerted front third attacking style to hand the Wolves their second loss this season.

Rowan McClain scored both of PA’s goals, the first in the 25th minute on a pass from sawyer Beck and the second a one-on-one with the Raider goalie. Coach Angie Faraci noted McClain’s composure throughout.

U-32’s scoring game was spread out among three players, with Luke Page and Sean Butler scoring in regulation and Shiloh Weiss knocking in the winning shot in the game’s 117th minute.

Starting a two-game Division 2 sequence, Harwood brought a new level of intensity at the theretofore one-loss Wolves. The Highlanders scored in the opening minutes of first half and, while PA didn’t let them do it again, Harwood returned the gesture.

Coach Faraci said, in her post-game notes, that her players “kept commenting about what it feels like to be put under pressure at every turn.”

Said coach, “All in all, the game was fast, high pressure and we made the correct adjustments and adaptations to fit the play.”

Faraci received sunflowers ahead of the game, which was held on National Coaches’ Day.

“They now sit on my kitchen table in a vase. It was very thoughtful and kind,” Faraci said in her post-game notes.

However, in a postmortem best described as a night of missed chances and missed targets, she said the game could have been more lopsided if PA had capitalized on its scoring chances, she said.

Rowan McClain scored the lone goal, unassisted on the dribble, in the opening seconds of the second half. Goalie Chandler Follensbee kept his sheet clean with three saves.

There weren’t any games for the girls over the past week, which Brett Sarsfield was happy for, giving the squad a chance to recover from some injuries to key players.

All of Lamoille County’s high school teams — Peoples Academy, Stowe and Lamoille Union — convened on Copley Hill for PA’s only home meet of the season.

No results were available as of press time.