You are the owner of this article.
Edit Article Add New Article
You have permission to edit this article.
Edit
Home
News
Sports
Opinion
Community
SCENE
Calendar
Special Publications
Marketplace
Classifieds
Contact Us
1 of 15 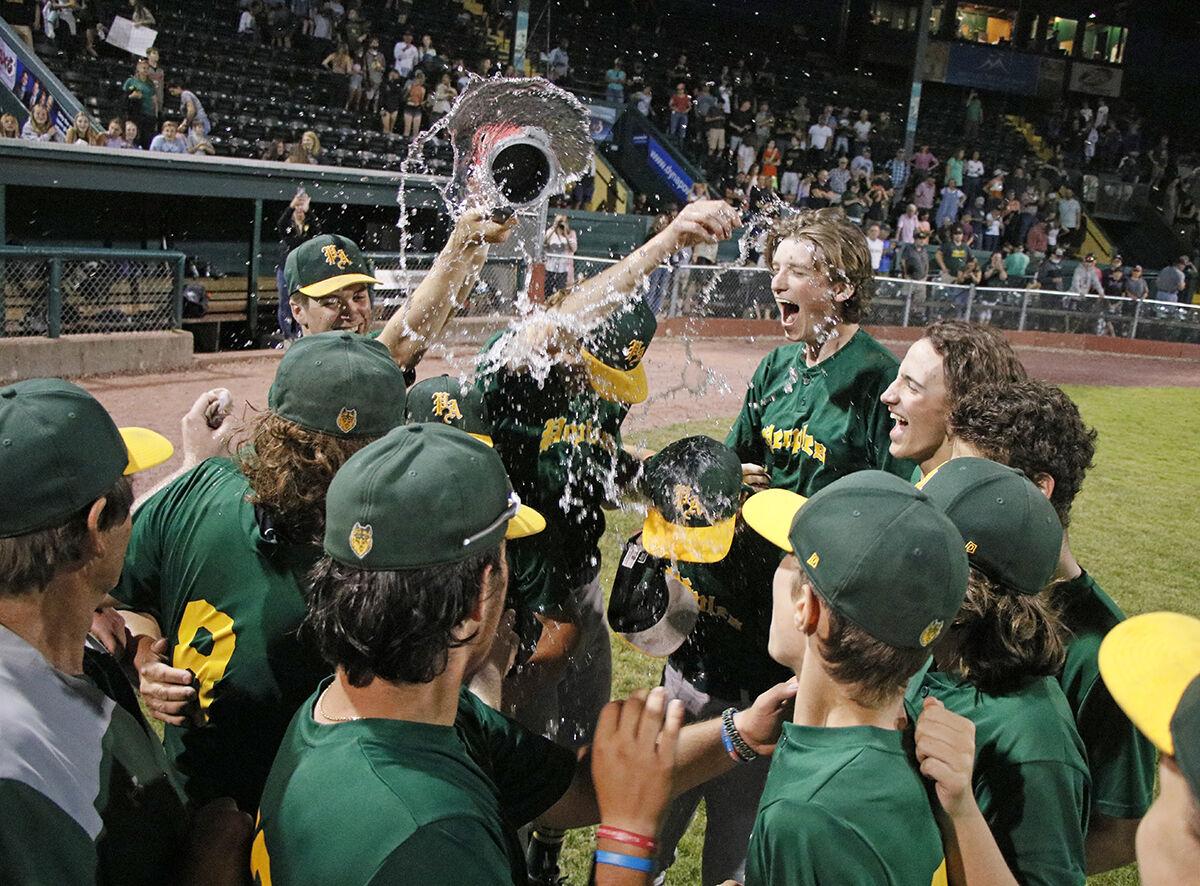 The Peoples Academy/Stowe baseball team gets a celebratory ice water bath after winning the Division 3 state championship Sunday night under the lights at Centennial Field in Burlington. 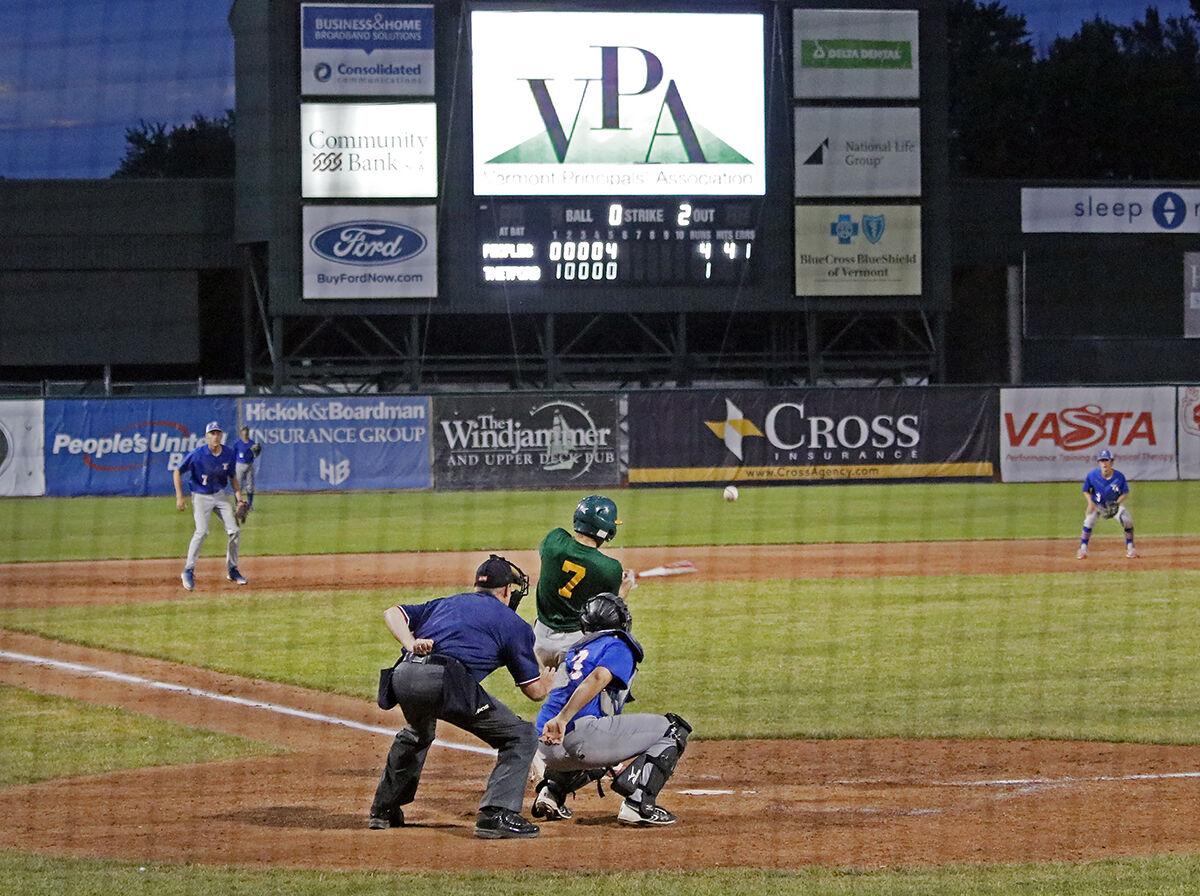 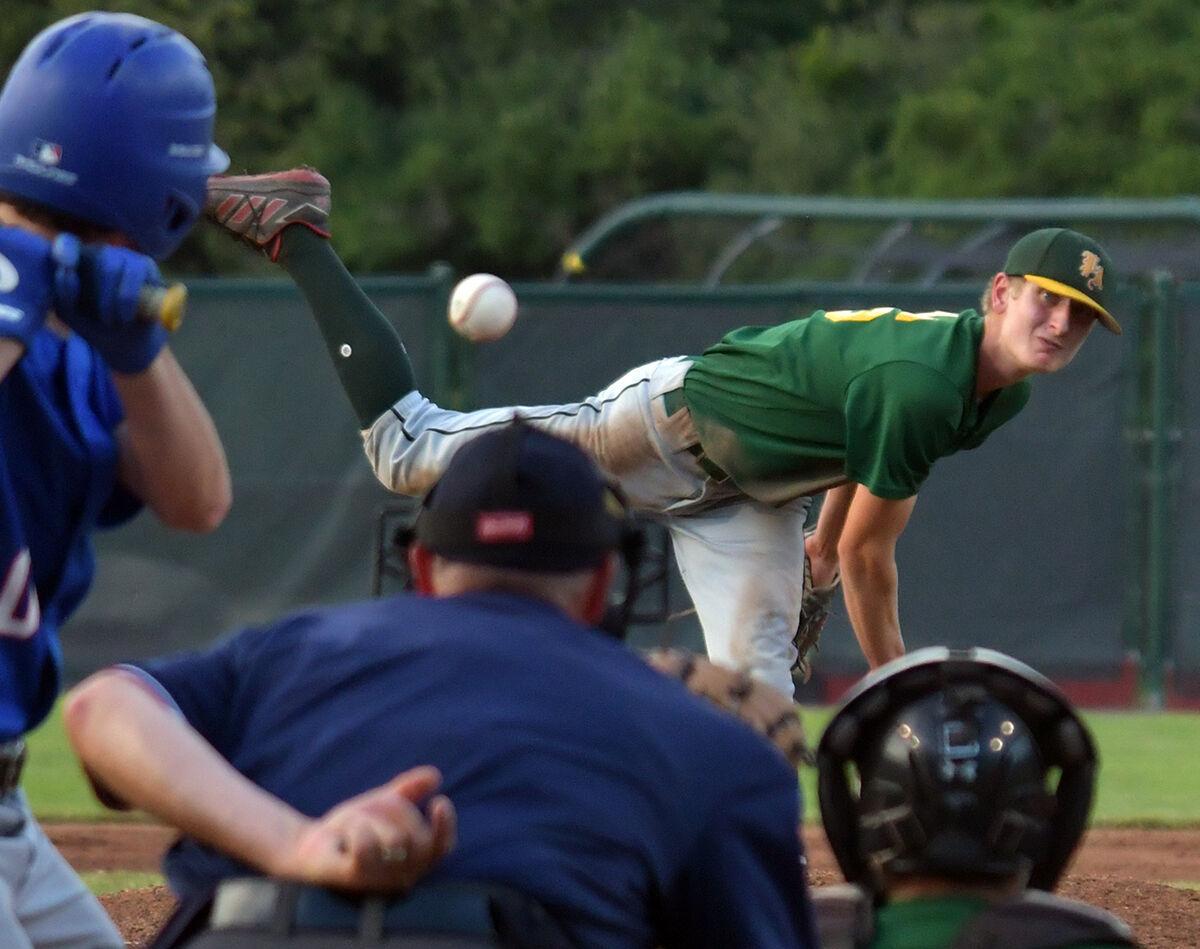 Ben Alekson, the sophomore starting pitcher for the Peoples Academy/Stowe baseball team that won the Division 3 title Sunday night, was lights out at Centennial Field. Alekson pitched the whole game, striking out 15 batters and not allowing a run. 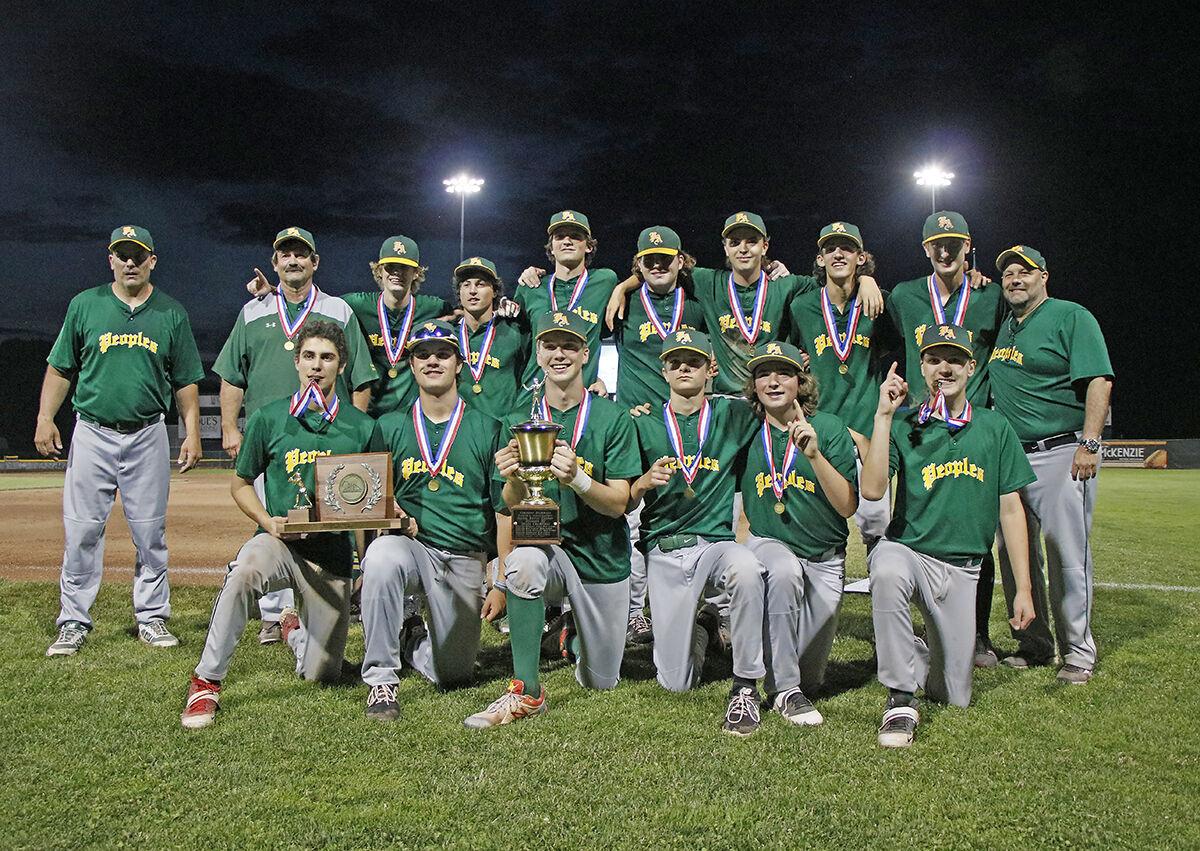 The team celebrates with its first place trophy. 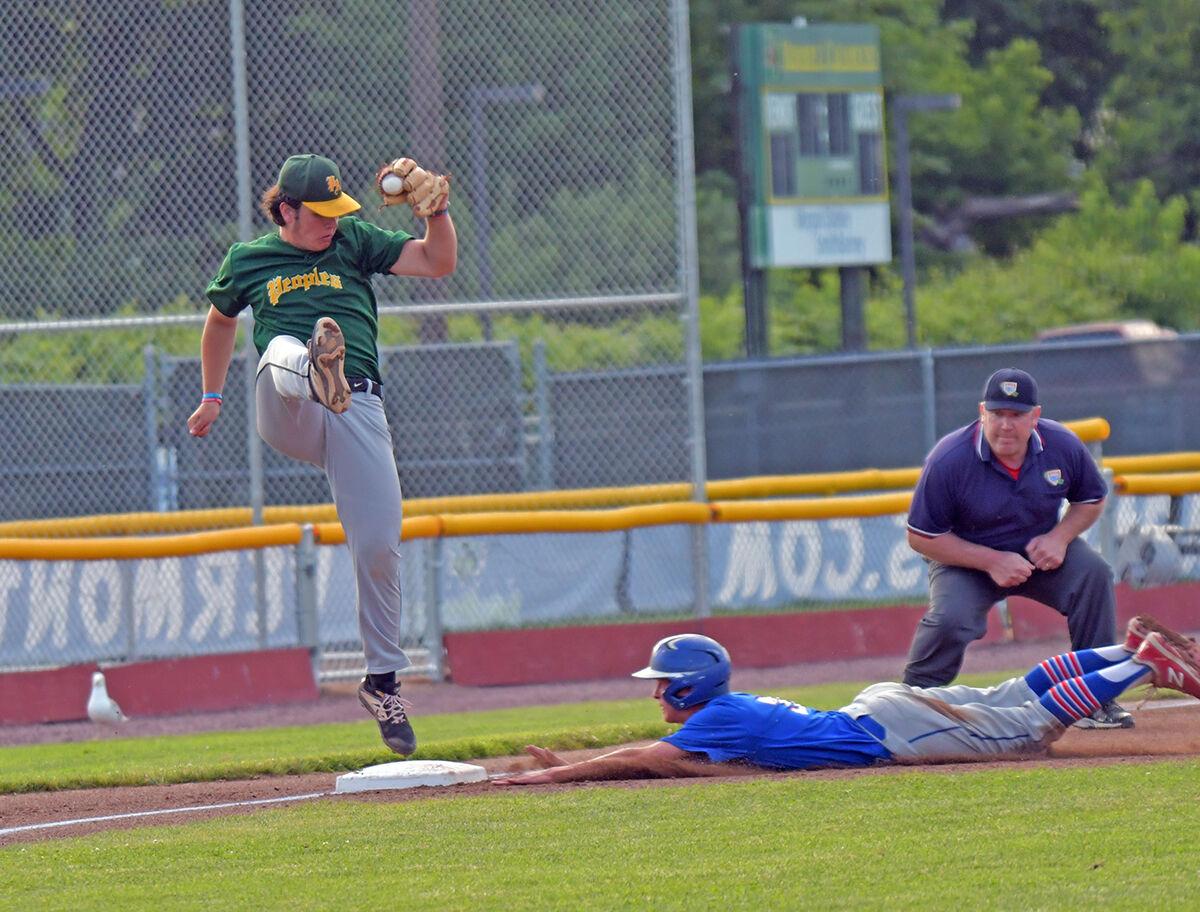 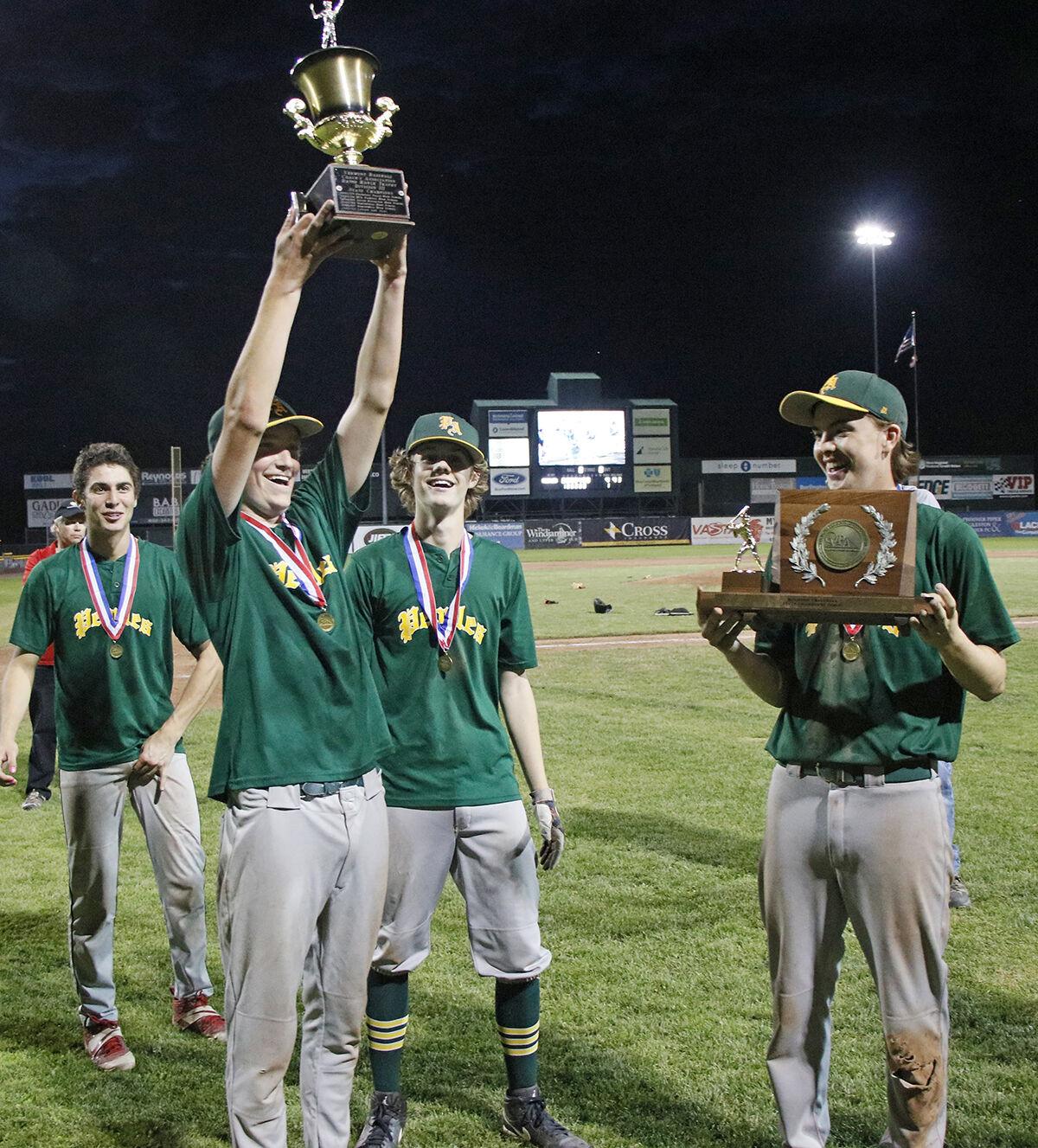 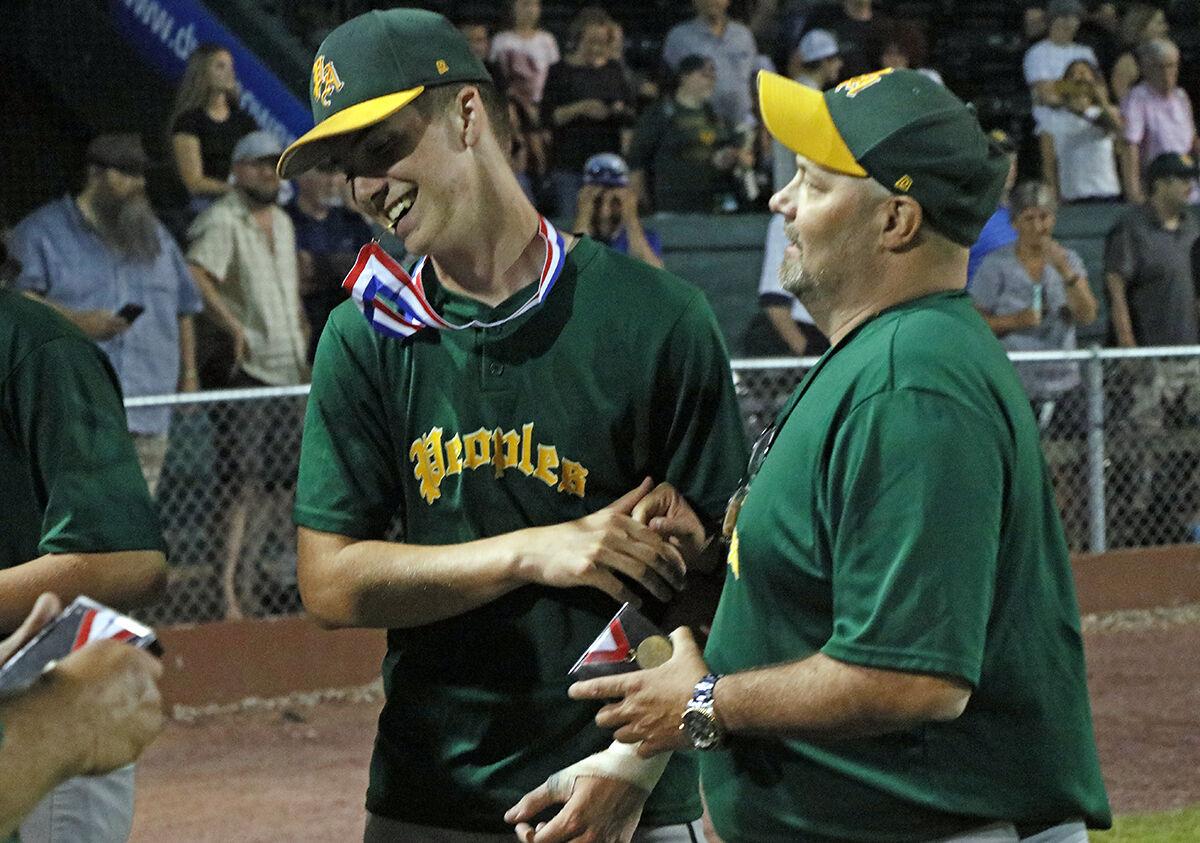 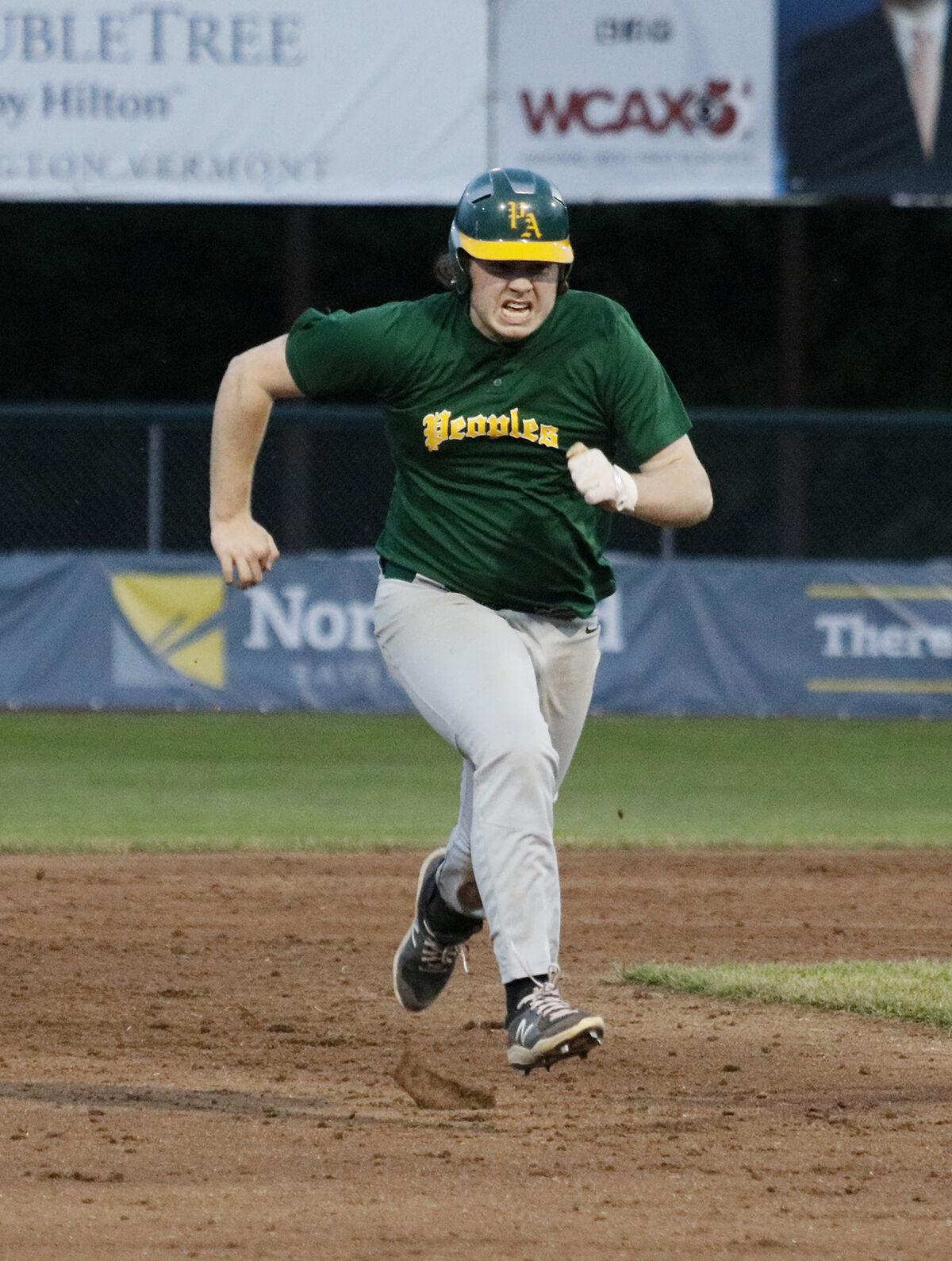 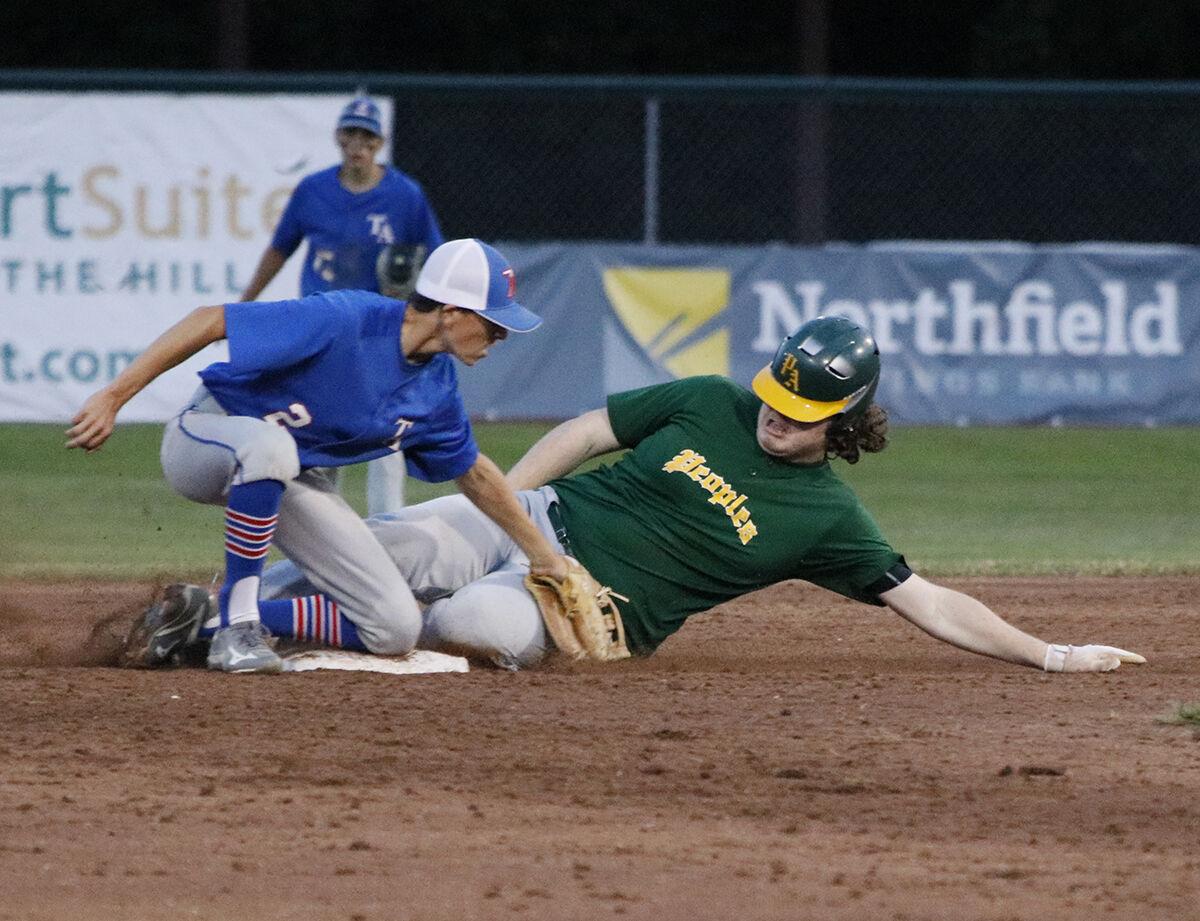 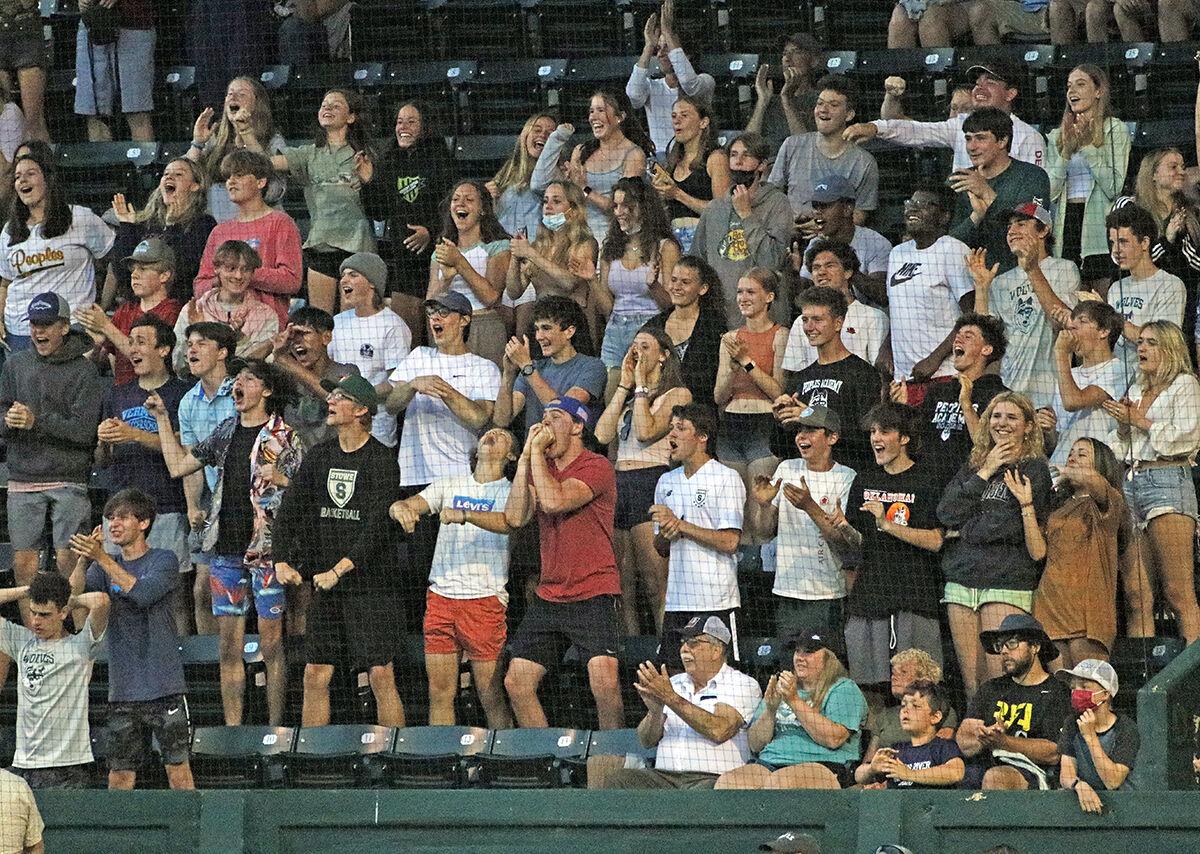 Fans react to play on the field as the PA/Stowe Division 3 baseball team beats Thetford 4-1 on Sunday at Burlington’s Centennial Field. 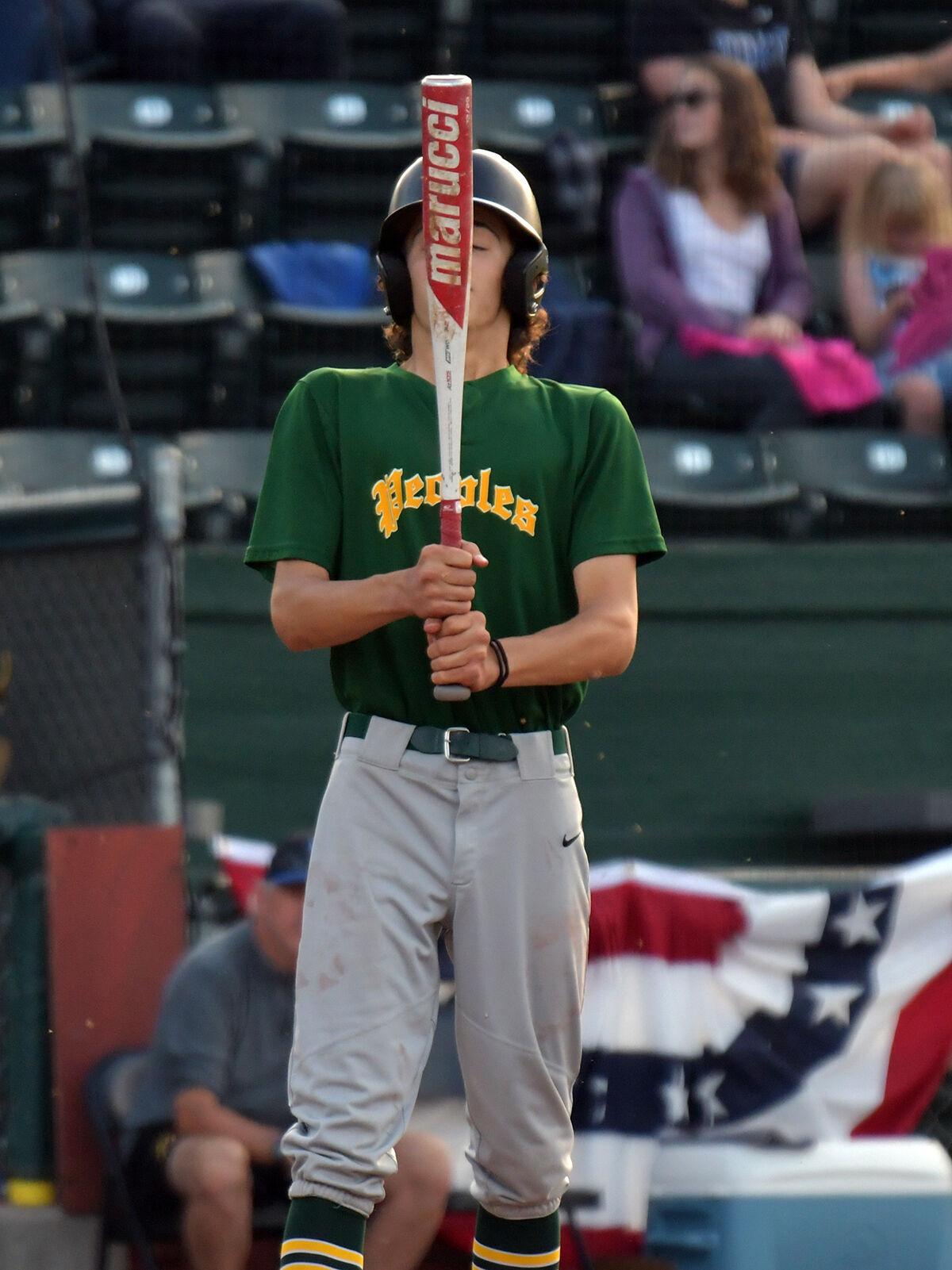 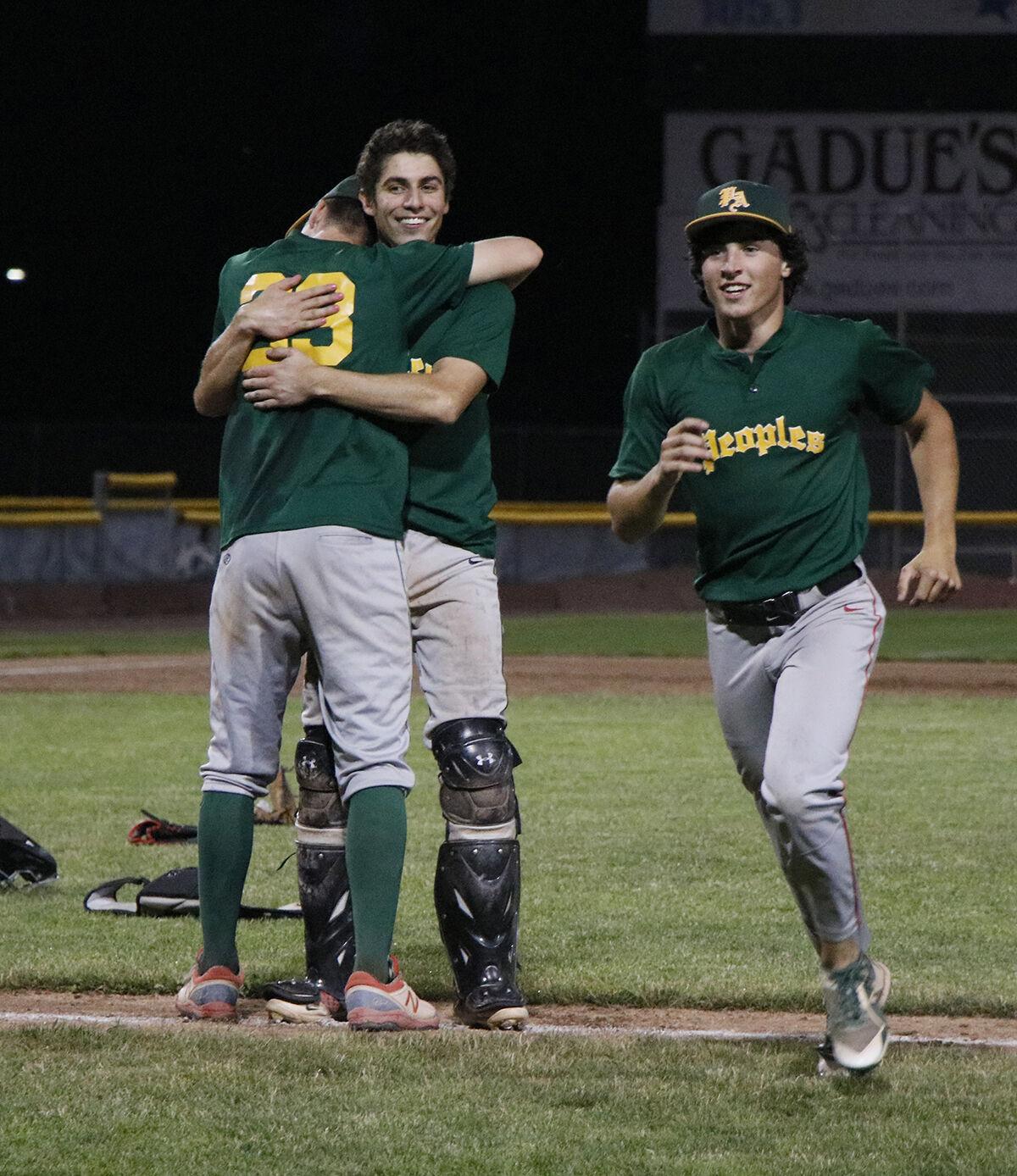 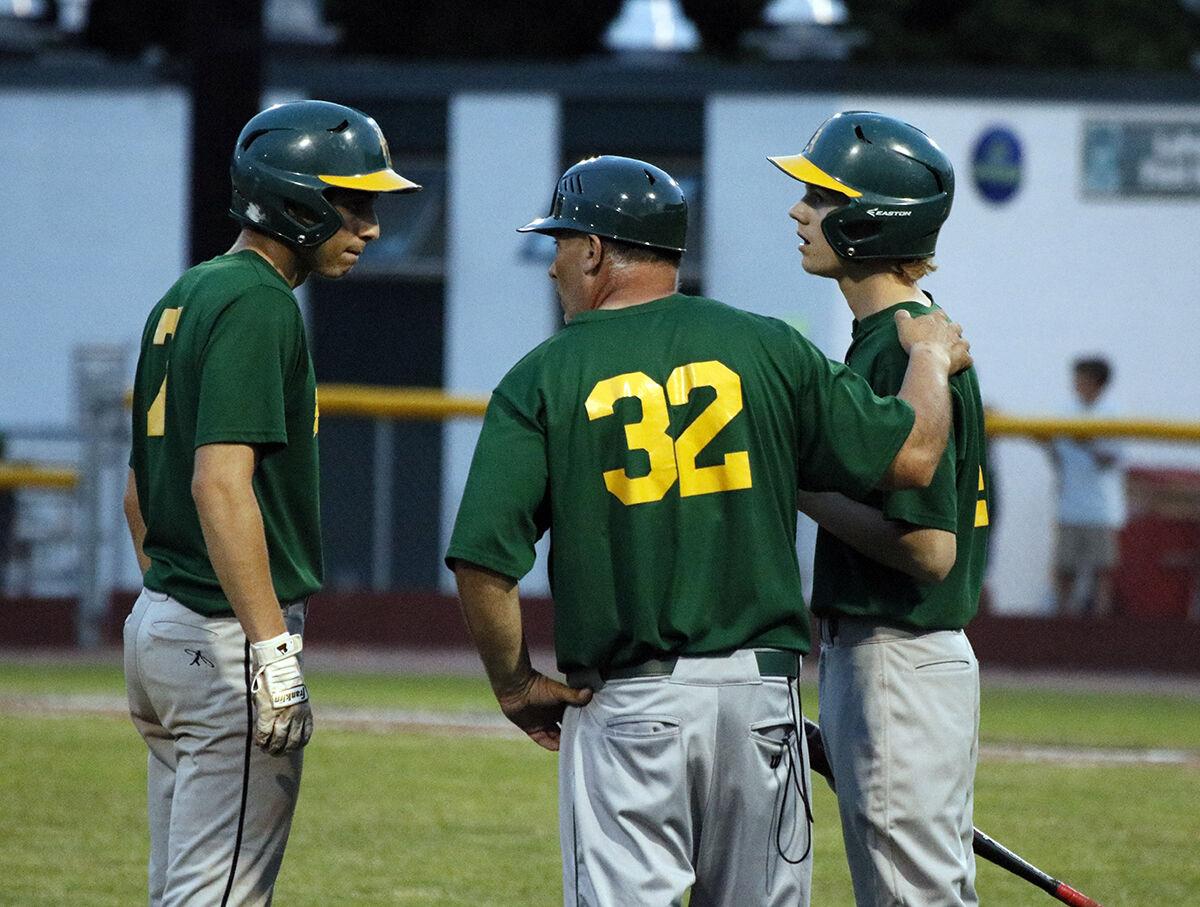 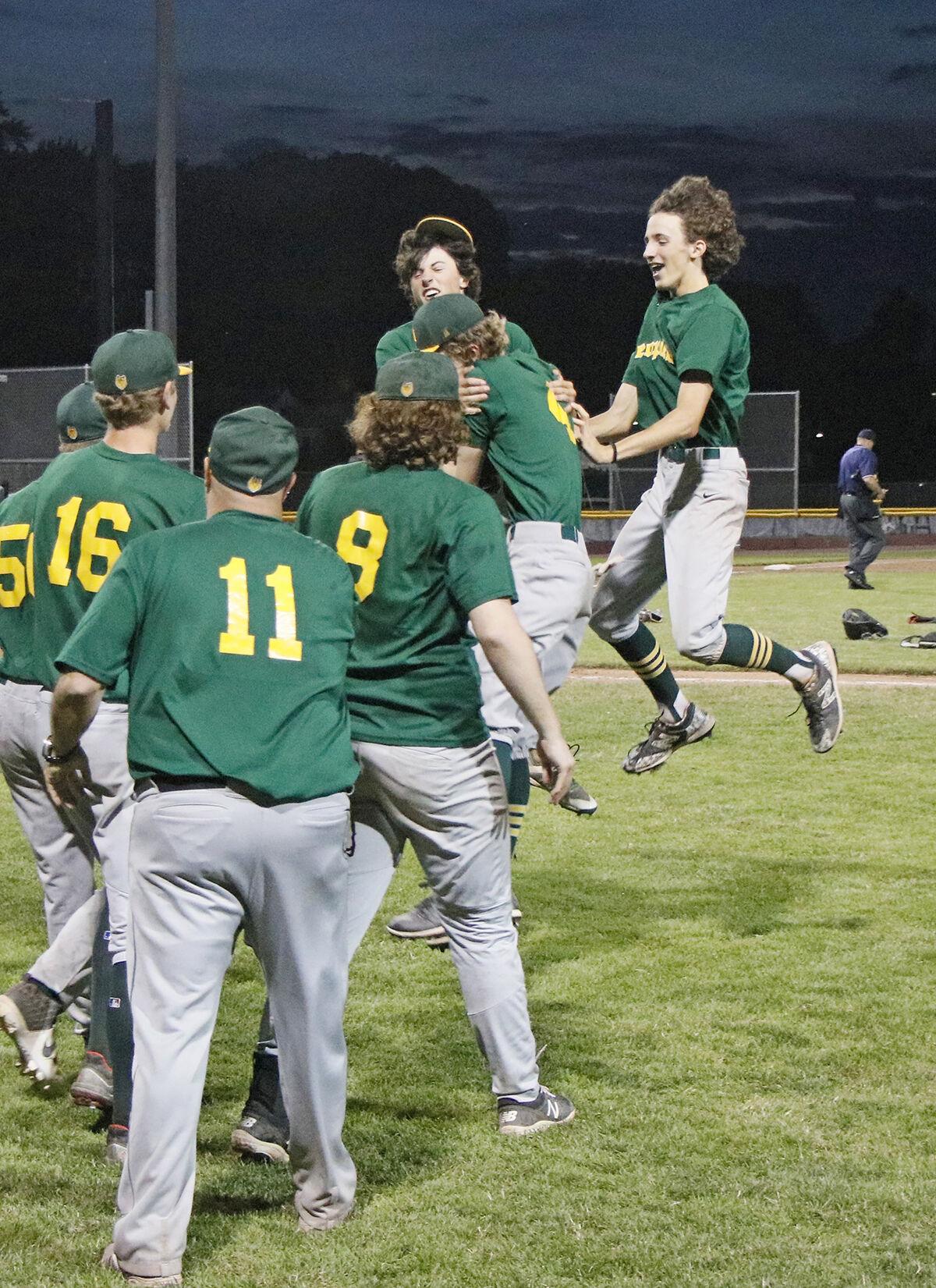 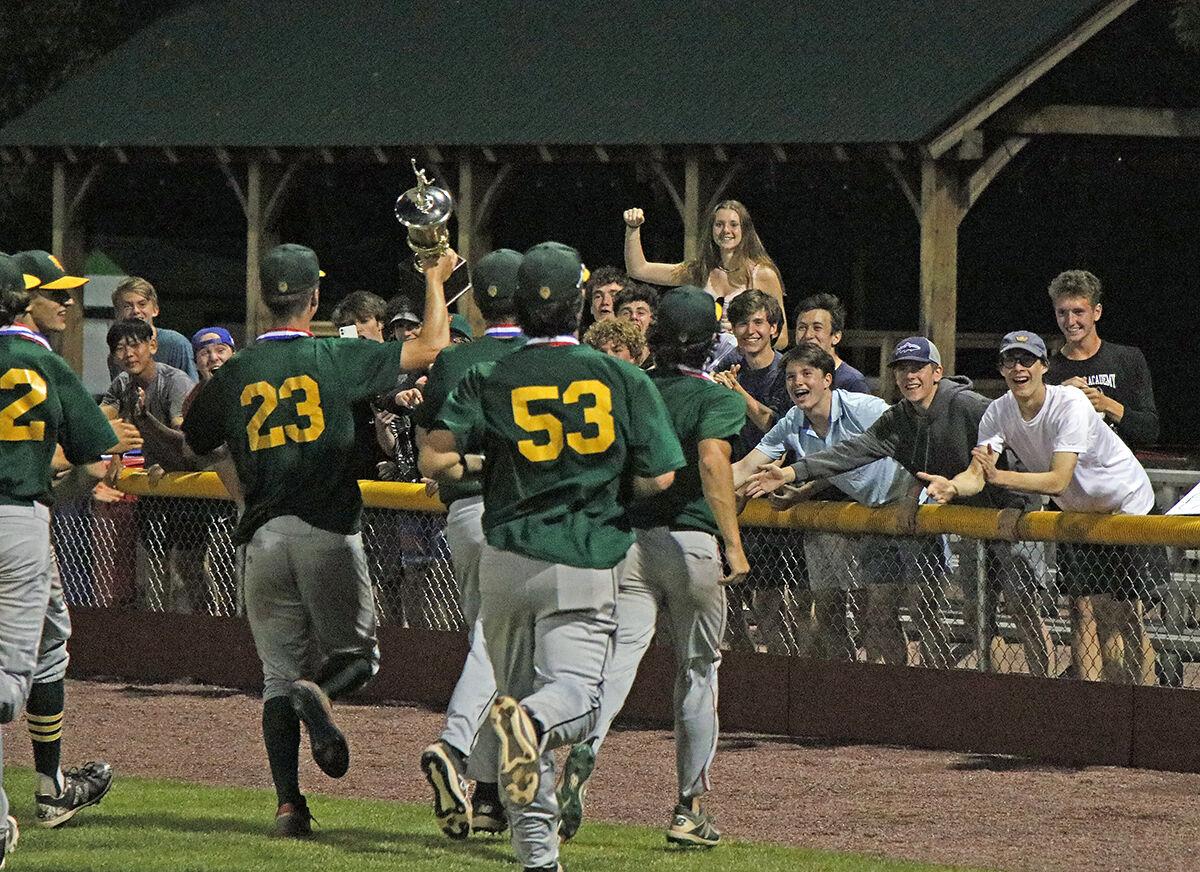 The Peoples Academy/Stowe baseball team gets a celebratory ice water bath after winning the Division 3 state championship Sunday night under the lights at Centennial Field in Burlington.

Ben Alekson, the sophomore starting pitcher for the Peoples Academy/Stowe baseball team that won the Division 3 title Sunday night, was lights out at Centennial Field. Alekson pitched the whole game, striking out 15 batters and not allowing a run.

The team celebrates with its first place trophy.

Fans react to play on the field as the PA/Stowe Division 3 baseball team beats Thetford 4-1 on Sunday at Burlington’s Centennial Field.

The Peoples Academy/Stowe baseball team proved Sunday that, despite the elimination of the Stowe program and a brief drought of local ballplayers a decade ago, diamonds are forever.

“It kind of all just came together, and we flicked the switch,” winning pitcher Ben Alekson said.

The sophomore from Stowe played all seven innings on the mound and somehow got better as the night went on, fanning all three Thetford batters in the final inning, part of his 15-strikeout effort.

“I might be able to throw a few more, but I’ll definitely be feeling it tomorrow,” Alekson said.

The Wolves’ bats were quiet in the first few innings, and some fielding mishaps in the first allowed Thetford the first appearance on the centerfield scoreboard. A PA error led to Thetford’s Nolan reaching third and a line drive past second base sent Nolan home.

That was the last of the scoring for Thetford and, thanks to Alekson, the Panthers’ last hit.

Depending on which side of the Centennial stands you were on, the fifth inning is when everything came together or when everything started to fall apart. For Thetford’s starting pitcher Ethan Marshia, it was a long inning after a quiet first four outings on the mound.

At the top of the inning, Jack Lund (1-4 on the night) reached second on a routine grounder to shortstop that was overthrown at first. Alekson, who went 3-4 at the plate in addition to his pitching heroics, then dropped one deep in center field to bring Lund home.

Next up was Dylan Sautter (1-4), who doubled to left field to score Alekson.

Speedy catcher Augie Leven (1-4) outran the tag at first and then stole second on Marshia’s very next pitch. That move — stealing second the next pitch after reaching first — was by then a familiar move by the Wolves, and a move fairly unique to high school ball, where catchers are often loath to attempt that long, dangerous throw to second.

PA Coach Keith Woodland said his players choose for themselves when to steal. Woodland said it’s an instinct honed by years playing together and summers playing American Legion ball to sharpen their skills, so they have a solid understanding of baseball concepts to go along with their mechanical aptitude.

“We teach them the conceptual part of the game so they can start processing it, because by the time I tell them to go, or do this, or do that, or get back, it's already too late,” Woodland said. “Speed kills, no matter how you look at it.”

Meanwhile, back at the top of the fifth, Landon Dubie’s fly ball to center field was dropped, registered as an error, sending Sautter home.

A conference at the mound ended with Marshia staying in, whereupon his next pitch dinged off the helmet of the next batter, Alex Lanpher, sending him to first. “Way to use your head!” came the call from the stands. The next batter, Hayden Frazee, also reached base on balls with four straight past his eyebrows.

Thus ended Marshia’s time on the mound, his team down 4-1 and the bases loaded and no outs, a situation exacerbated by a series of Thetford fielding errors. In came relief pitcher Mack Briglin, who managed to get Thetford out of that long fourth inning without any more damage.

Briglin didn’t allow any more hits the rest of the game, but nor did Alekson. Instead, the ace fanned the next three batters in the bottom of the 5th, making that half of the frame as short as the top was long.

After a tense bottom of the sixth marked by some fielding mistakes, the Wolves escaped with their hides intact and let Alekson bring it home in the bottom of the seventh, eliminating the side by strikeouts to clinch the title.

If it seemed like Alekson seemed to get calmer and more in control as the game progressed, he noticed it too. Afterward, Alekson said that fifth inning offensive was just what he needed.

“Once we got the runs, I could just relax and just throw,” he said.

Alekson and Woodland reserved praise for catcher Leven, a source of calm and control on the receiving end of every single one of Alekson’s pitches over all seven innings.

PA’s assistant coach, Ian Lanpher, had been one of the key factors over the past decade in breathing life into a youth baseball league that had nearly gone dormant. Eight years ago, he remarked to the newspaper that “I think they have a chance to do something special,” he remembered Sunday night.

Peoples/Stowe ended the season with a record of 13-3-1.