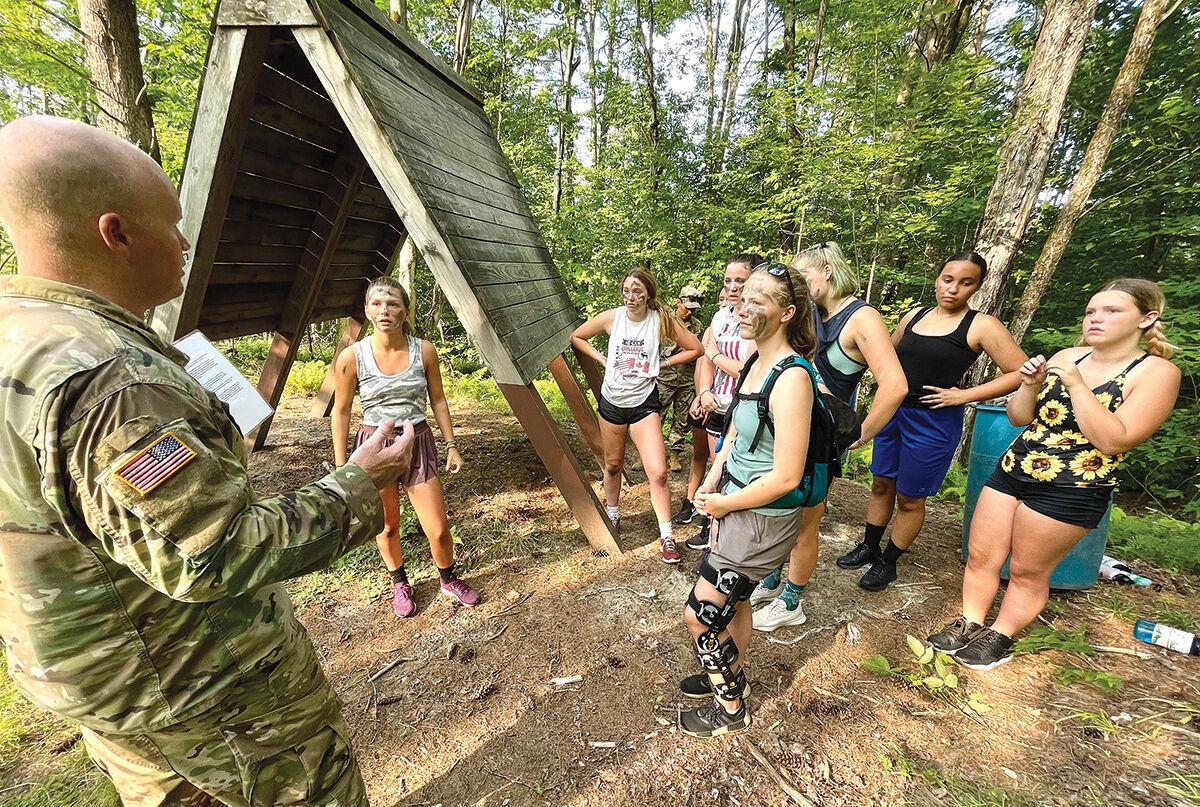 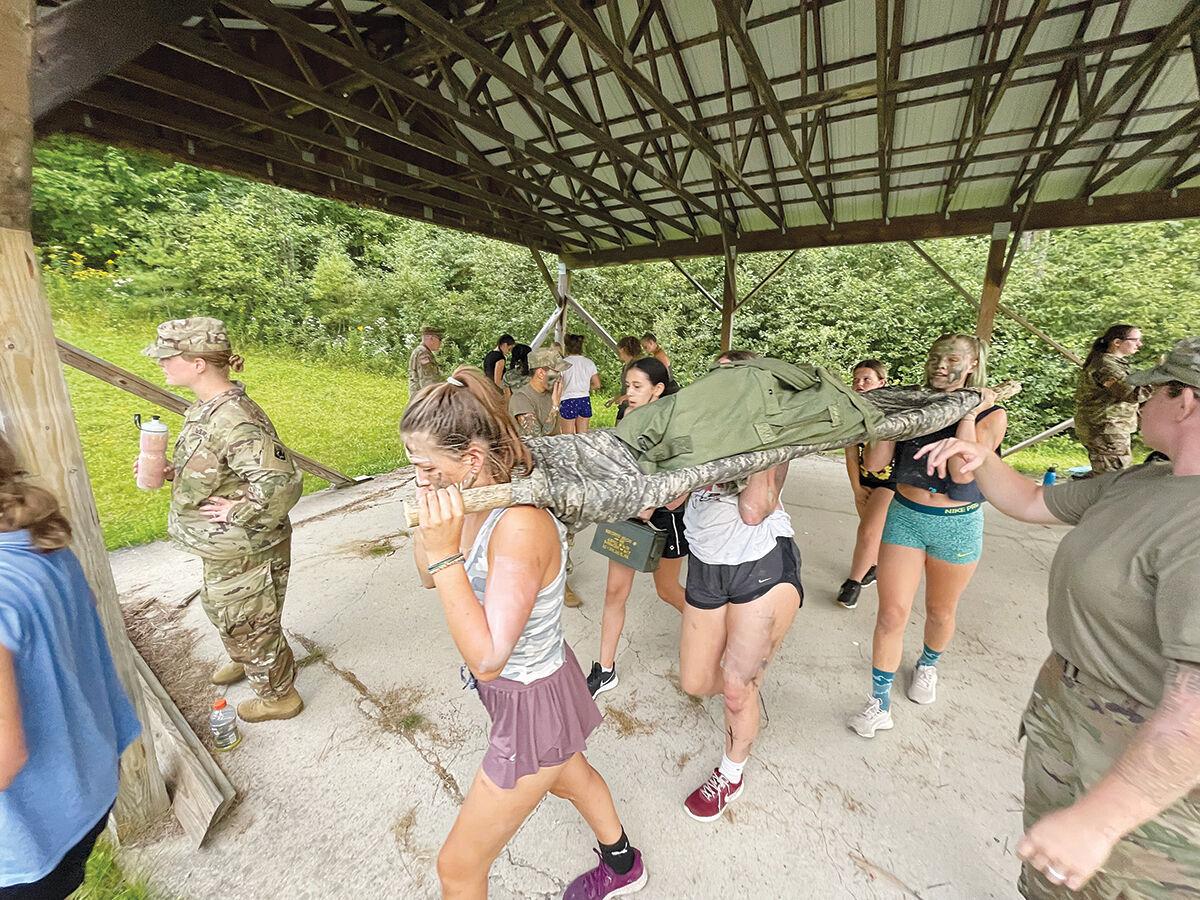 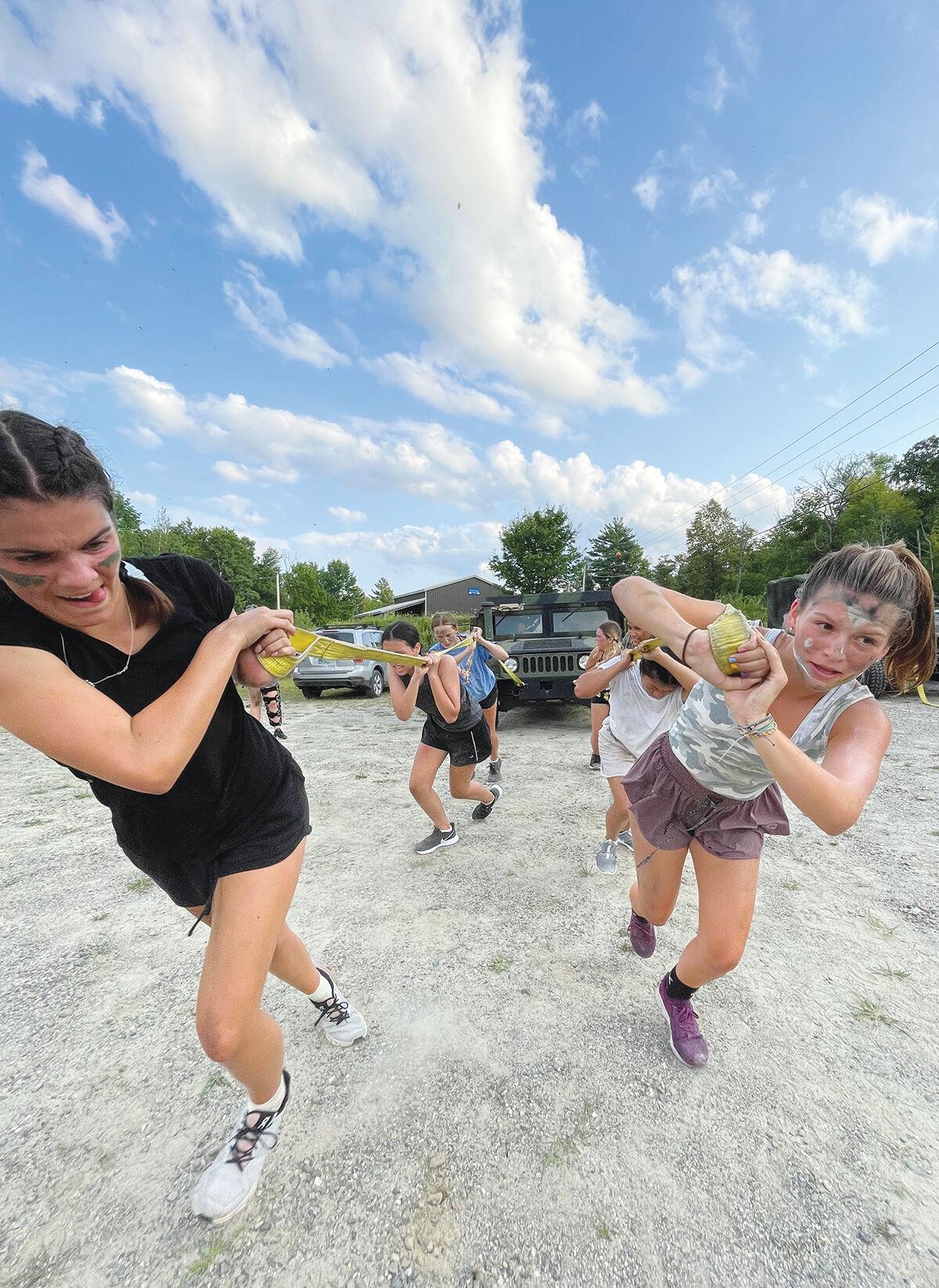 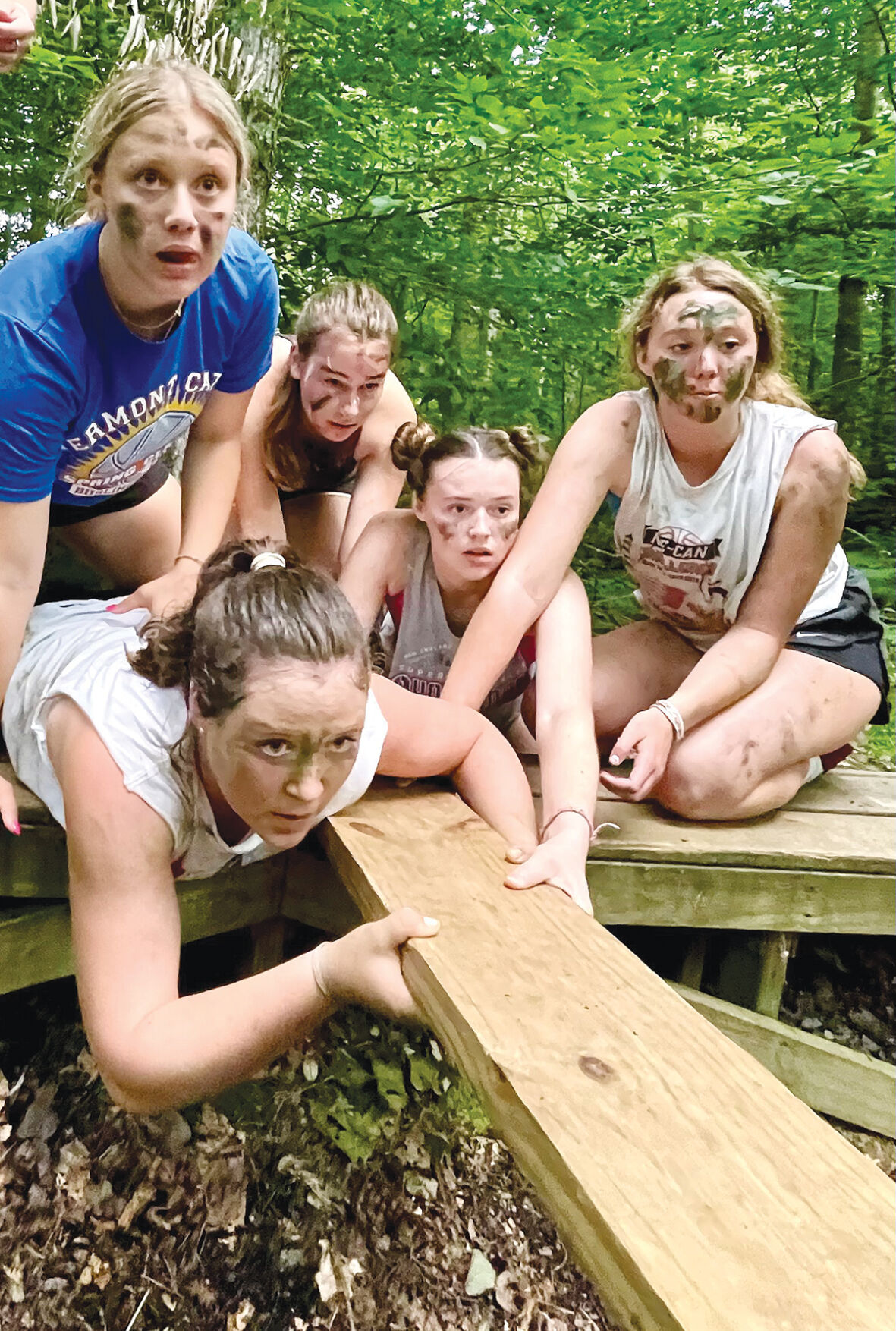 The Peoples Academy girls’ varsity soccer team with their platoon for the day at Fort Ethan Allen.

The Peoples Academy girls’ varsity soccer team with their platoon for the day at Fort Ethan Allen.

The first week or so of a new high school sports season can feel a little like boot camp. For the Peoples Academy girls’ soccer team, it was actually boot camp.

According to new varsity coach Brett Sarsfield, the team recently went to Camp Ethan Allen in Jericho, the Vermont National Guard installation and home of the Army Mountain Warfare School, where they participated in grueling drills meant to emphasize team over individual.

One of those involved the girls teaming up to build a bridge over an obstacle. Another saw them group together to pull a fully loaded and armored military Humvee which, according to Sarsfield, weighed four tons.

“The skills they were learning had nothing to do with soccer,” Sarsfield said. “You need to do what you think is important to the whole team.”

Sarsfield is still getting to know the team and found it an opportune time for the girls to get to know each other in a very different way, before they even traded passes and shots on the pitch. He said he has learned after years coaching women’s soccer at the collegiate and professional level — most recently at Colgate University before moving to Vermont and coaching for one year at Lamoille Union — that women approach the team game differently than men.

“They always say boys will battle, then they’ll bond,” he said. “Girls learn to bond before they battle.”

Sarsfield played ball for SUNY Cortland, as part of a team that made it to No. 15 in the national polls and made an appearance in the NCAA tournament. He’s been coaching since 2001.

“This is a meritocracy, and you’re going to earn your way.”

He takes over from longtime coach Jim Eisenhardt, who coached the PA girls in every other year of this century and skippered them to seven state titles, including a 50-0 winning streak from 2011 through 2013.

The team dropped its season opener Saturday to Northfield/Williamstown, 3-2, in a double-overtime thriller decided with 52 ticks left on the clock. Team captain Anna Isselhardt scored both goals for PA, with Falon Forrest and Morgan Reeve assisting.

Isselhardt’s goals — including one in the 60th minute — closed a 2-0 deficit to send the game into extra time.

Sharing captain duties with Isselhardt is Ariana Keene, and Sarsfield said there are four or five other girls who have shown strong leadership material, too.

“This is a meritocracy, and you’re going to earn your way,” he said.