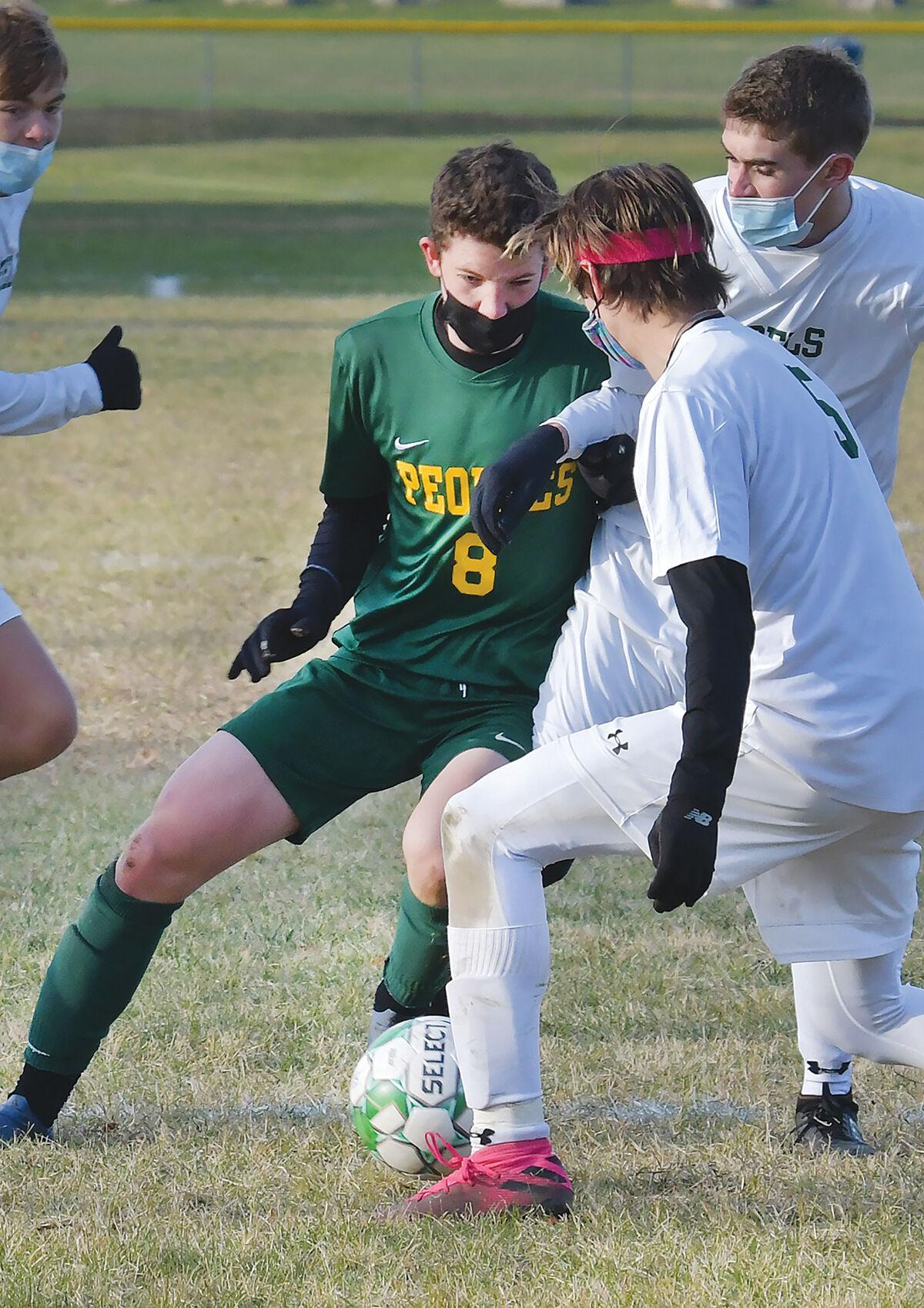 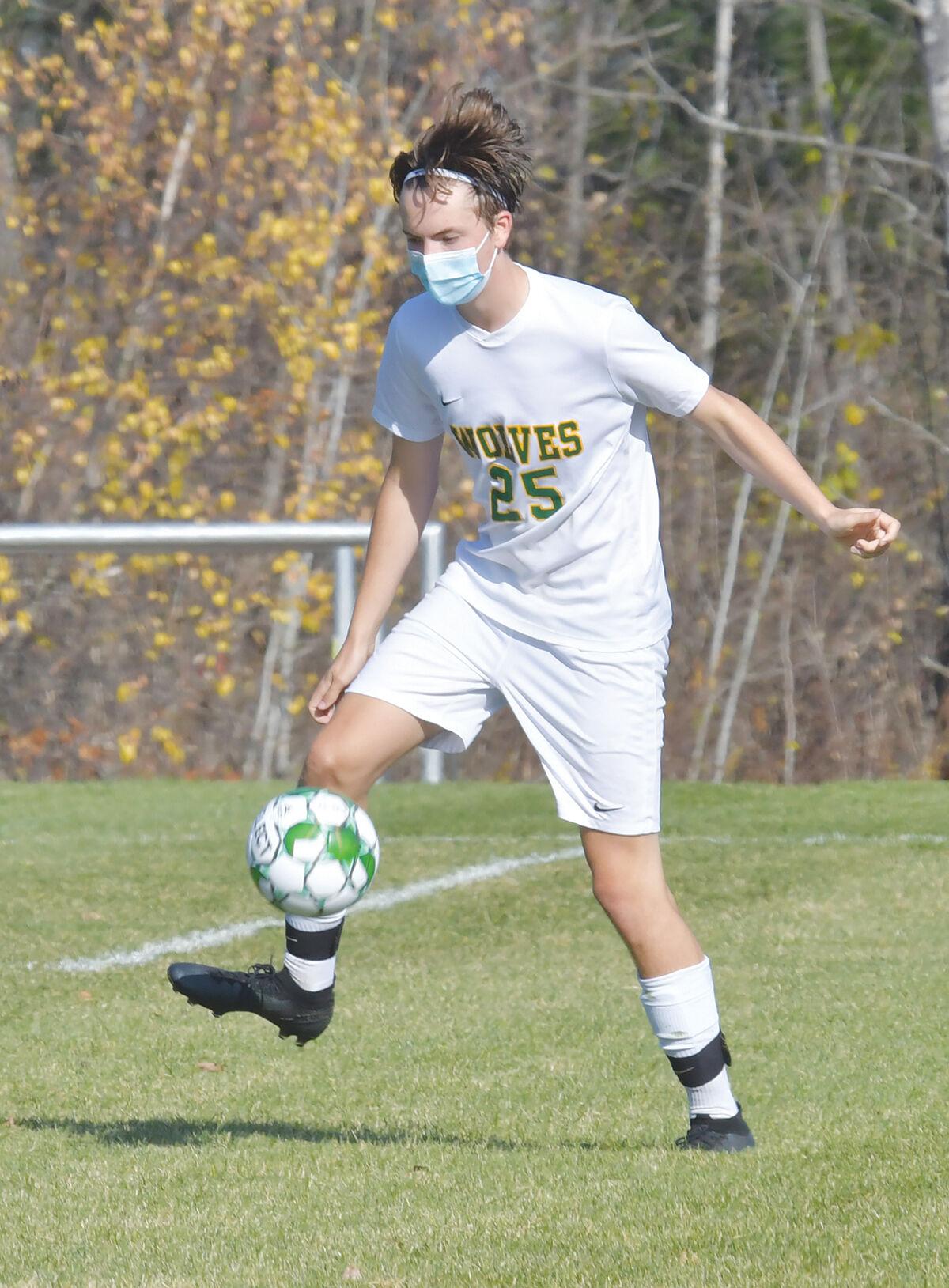 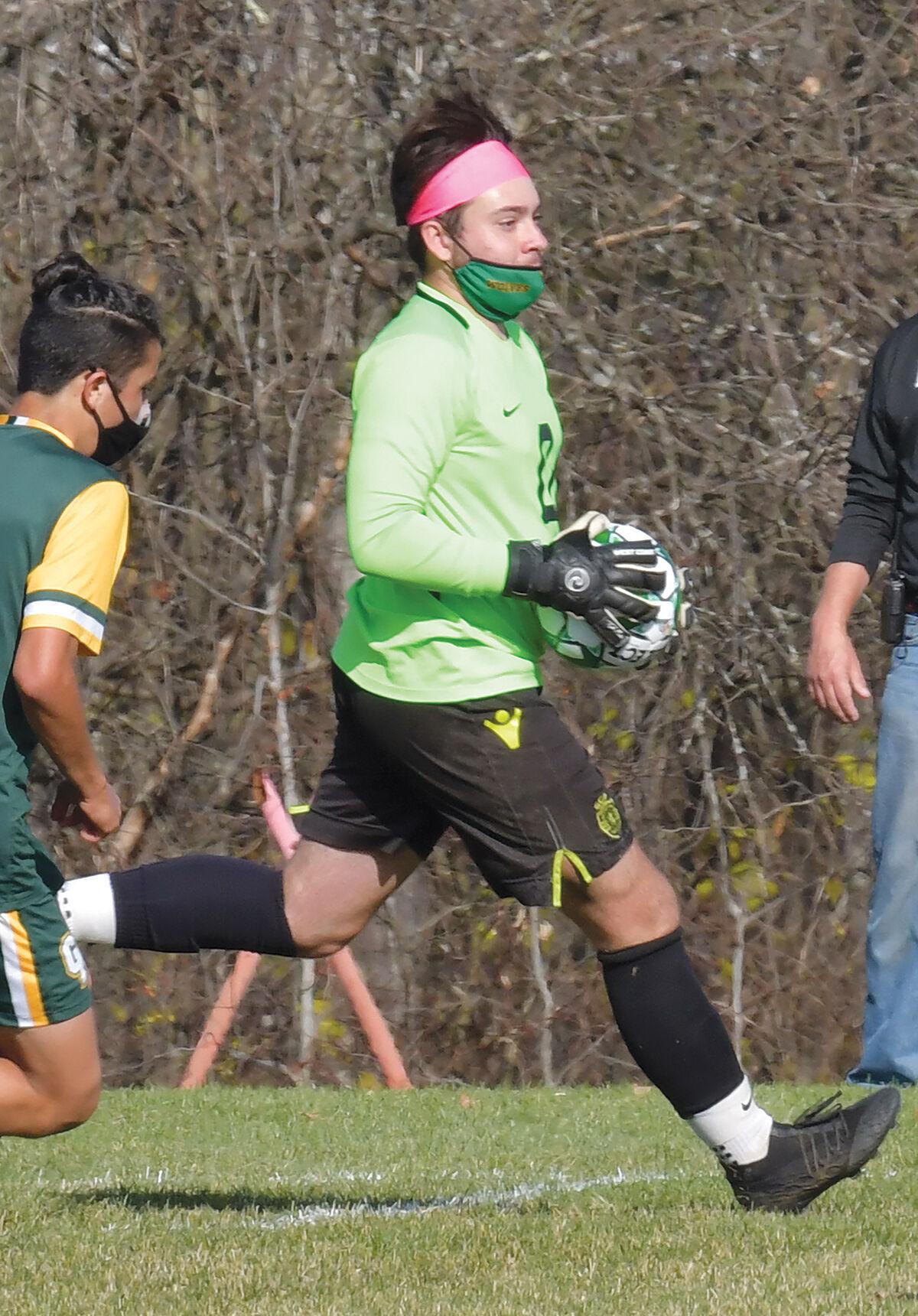 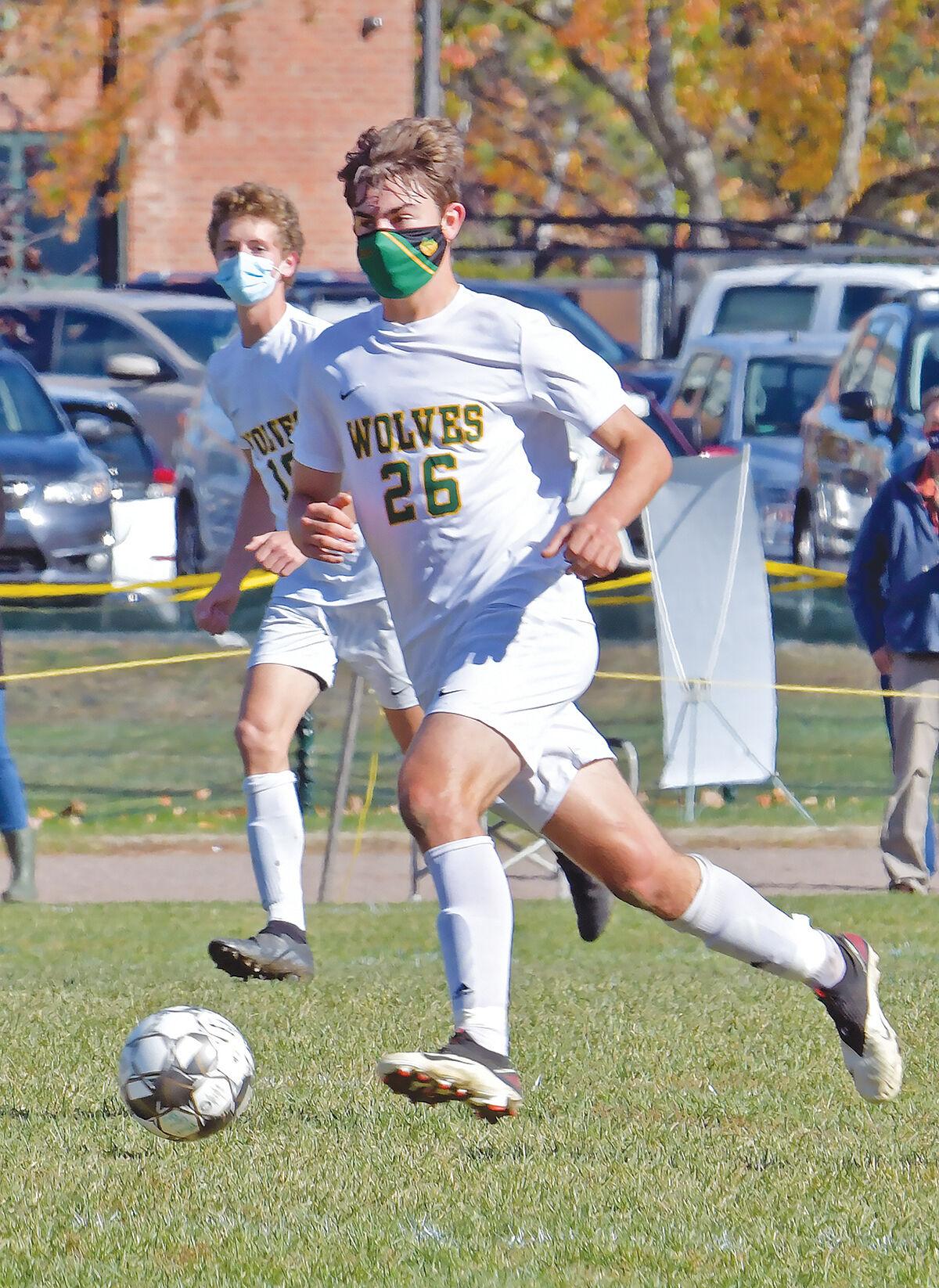 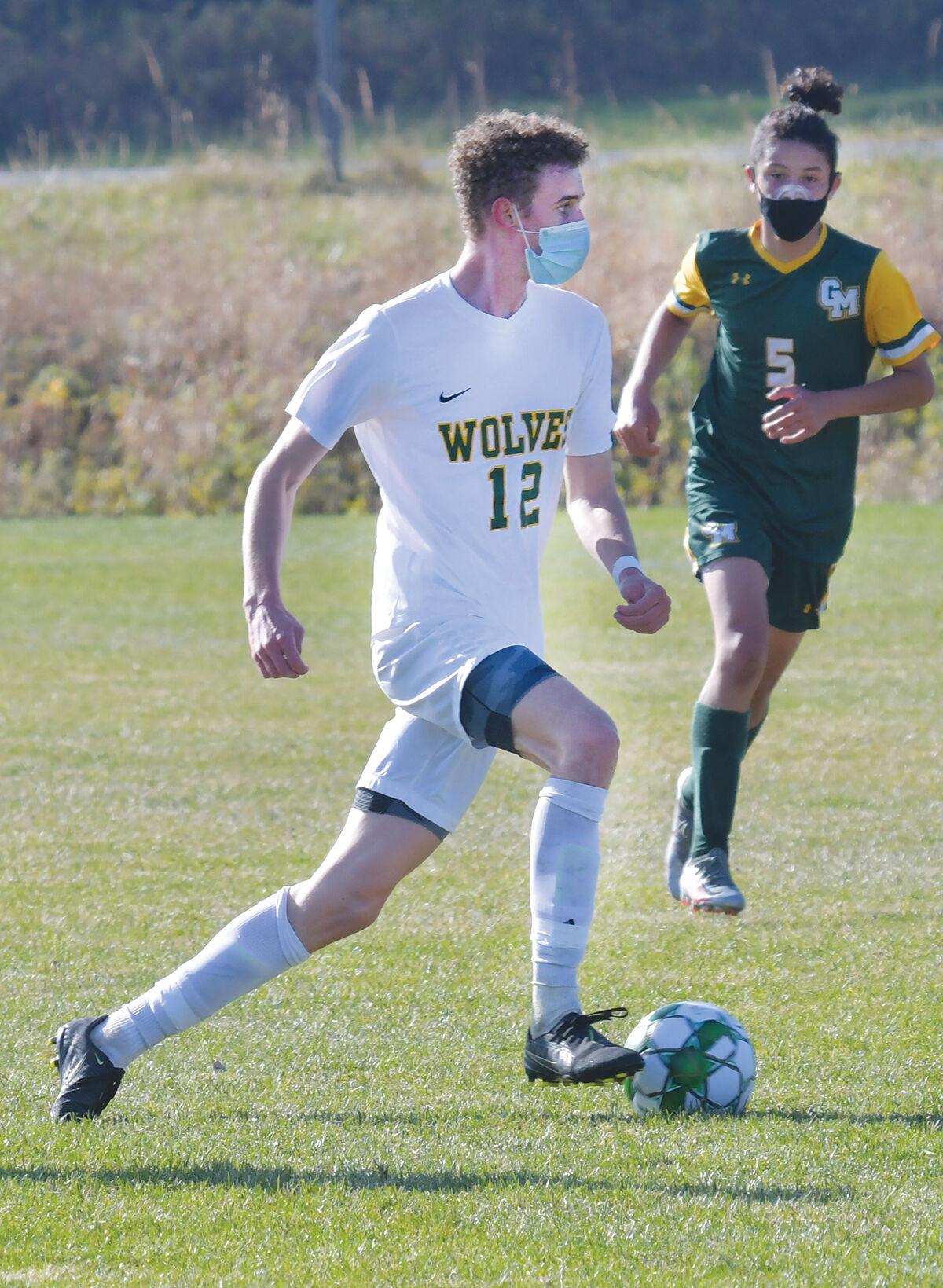 Eight members of the 2020 Peoples Academy boys’ soccer team have been named to postseason all-star squads.

The Capital League all-league teams are a collection of the top players in one of the toughest high school soccer leagues in the state.

The Division 3 All State and Capital League all-star teams are selected by a vote of the coaches in that respective division and league.

The Wolves’ coach, Angie Faraci, also earned her own postseason honors; Faraci was named coach of the year for all small schools in the state and for all boys’ soccer teams.

Faraci wins coach of the year

Together, Faraci, her eight all-stars and their teammates led Peoples back to the top of Division 3, as the Wolves won their first state title in a decade with a 1-0 victory over Green Mountain Union. The win also made Faraci the first female coach to win a state title in boys’ soccer.

Haskins earned his spot on the all-state and all-league teams with another stellar year in goal for the Wolves. The senior was the sole starting keeper for the team this year after splitting or missing time due to injury in his first three seasons, and he came up big in his final year in net.

“He has technical and tactical ability that enables him to cover all angles of his goal,” said Faraci, who pointed to his communication skills and vision to both help the PA defense be so effective all year and get the offense in gear. For the season, Haskins made 40 saves, only allowed seven goals and pitched five shutouts, including four straight clean sheets in the Wolves’ four-game postseason run to the title.

Nigro was the sole underclassmen among the Wolves to make the all-state team. The junior led the team in scoring for the season with 22 goals, including the game-winning goal in the state championship game, and 13 assists. Nigro did so despite stepping into a new role as defensive midfielder, where he was a key cog on both defense and offense for the Wolves.

“He has the ability to win the 50/50 ball, tackle and keep possession, win the ball in the air, and challenge any play,” Faraci said, adding Nigro used his vision and ability to read the field to still serve as one of the team’s primary weapons. Nigro’s leadership on and off the field also led to his being voted a captain by his teammates.

Carlson, a senior captain, served as another stalwart central midfielder for the Wolves.

“He is a player who plays the game, studies the game, and watches the game as much as possible in order to grow his game,” Faraci said, adding that his leadership ability resulted in him being named a captain both his junior and senior year.

“He has great technical skill and can control any ball,” she added. “He has the ability to read the game and create the team’s attacking builds.”

In his final season, Carlson finished with eight goals and five assists.

Another senior, Dubie helped Peoples build a lockdown defense by the end of the season from his center back position.

“He is very skilled at soccer with the ability to control a ball in any situation. He is able to win each and every tackle with his feet, body and head,” Faraci said.

Voted a captain by his teammates, he also helped implement the Wolves offense with his passes after regaining possession. And, he chipped in on offense with four goals and an assist; Dubie often took free kicks for the Wolves, and three of his four scores this season proved to be game-winning goals.

“He plays under pressure and stays level headed and in the moment for each and every play,” Faraci said.

Veit earned his all-state and all-league nod as another of the Wolves top scoring threats, finishing as the second-leading scorer with 14 goals and serving up an additional seven assists from his outside midfielder position.

“Charlie is a true outside midfielder with the endurance to run for miles,” Faraci said, and he excelled in all aspects of the game required by his position as he was “able to be the last defender weak side, release the quickest on ball side to get wide for the outlet pass and make runs into the box for crosses and goal scoring opportunities.”

PA’s other three all-stars contributed all over the field. Duff, a junior, played both midfielder and forward for the Wolves and was another key cog on offense; for the season he finished with seven goals and nine assists.

“A true playmaker with the ability to keep the ball and distribute in our attack,” Faraci said. “Takes on players with strong foot skills.”

Tomlinson and White, both seniors, teamed up with Dubie to form the strong defense that helped keep pressure off Haskins, particularly during the playoff run.

“One of the best in the state with skill, speed and the ability to shut a player completely out of the game,” Faraci said about Tomlinson.

“One of the most consistent players on the field,” Faraci said about White. “Always there to support the play and make the big play defensively when needed.”

The pair also chipped in on offense, with Tomlinson scoring three goals on the year and White adding five goals and an assist.