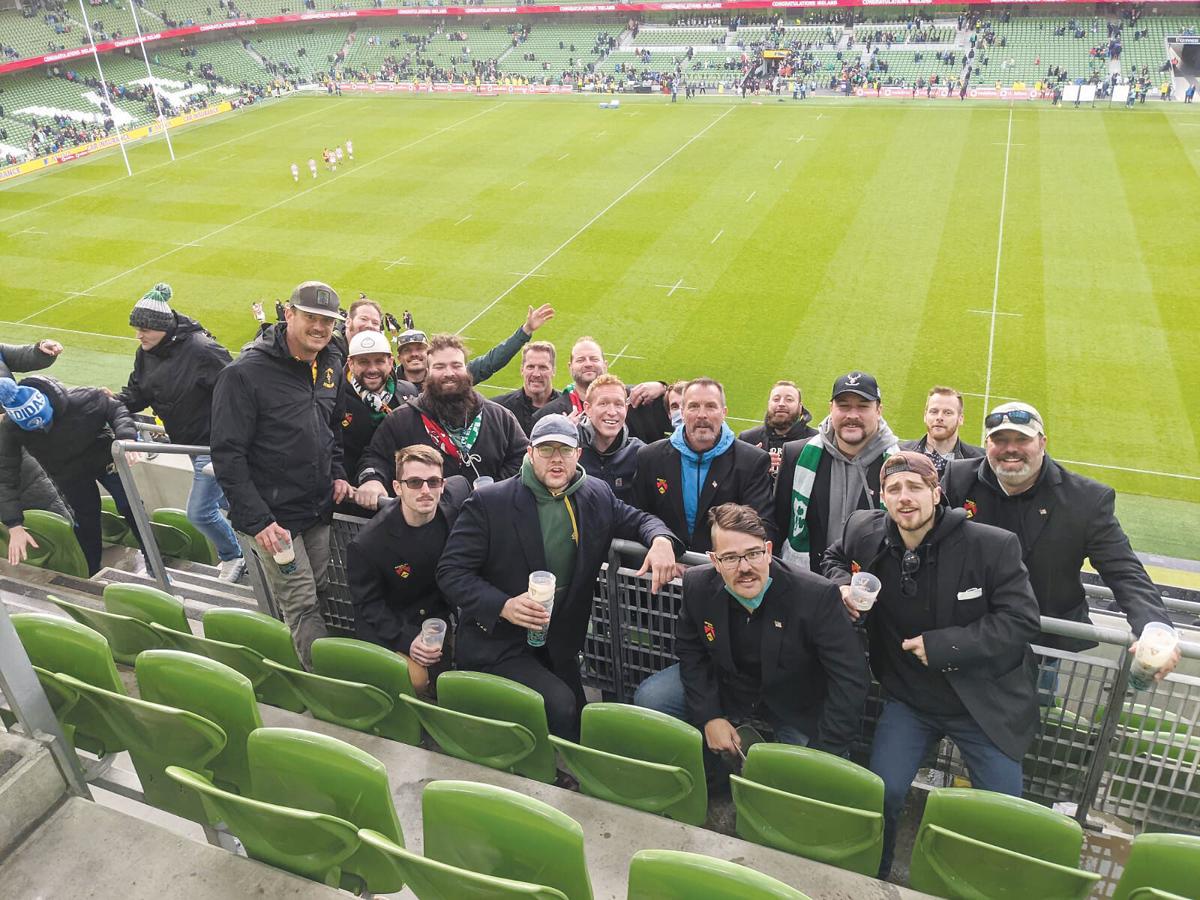 Mad River-Stowe Rugby Club members pose for a photo after a game between Ireland and Japan at the Aviva Stadium. 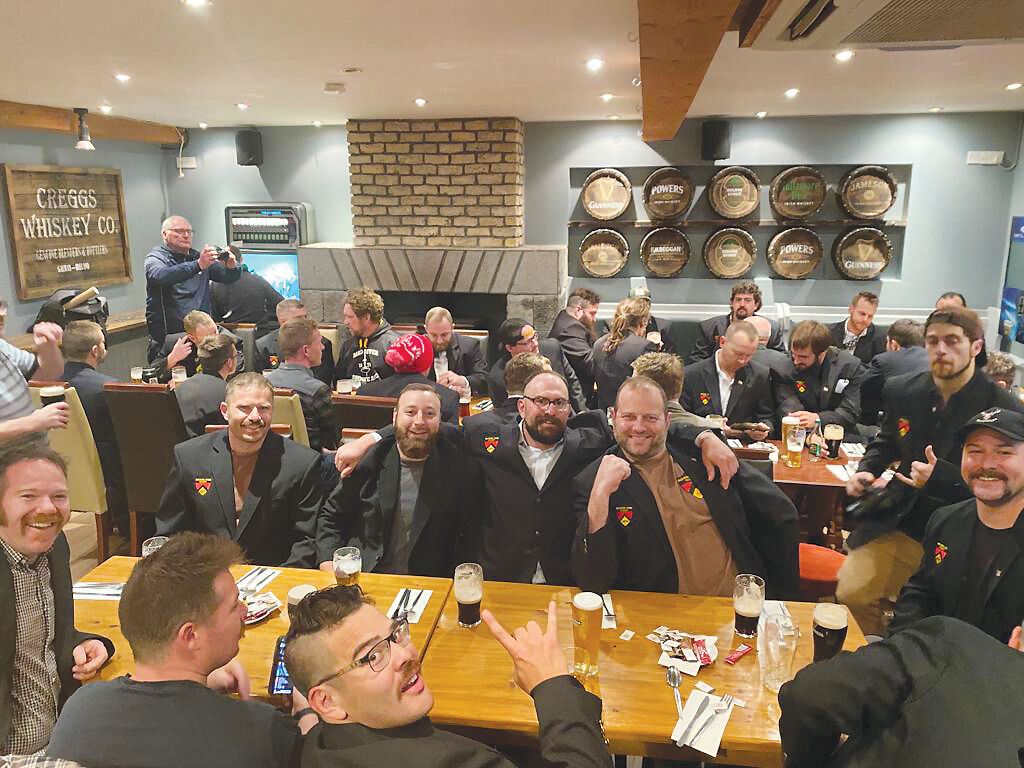 The traditional post-match dinner and celebration was exactly what you might picture, with hearty food, tasty drinks, live music and a loud rendition of “The Wild Rover” in a warm and quaint Irish pub. 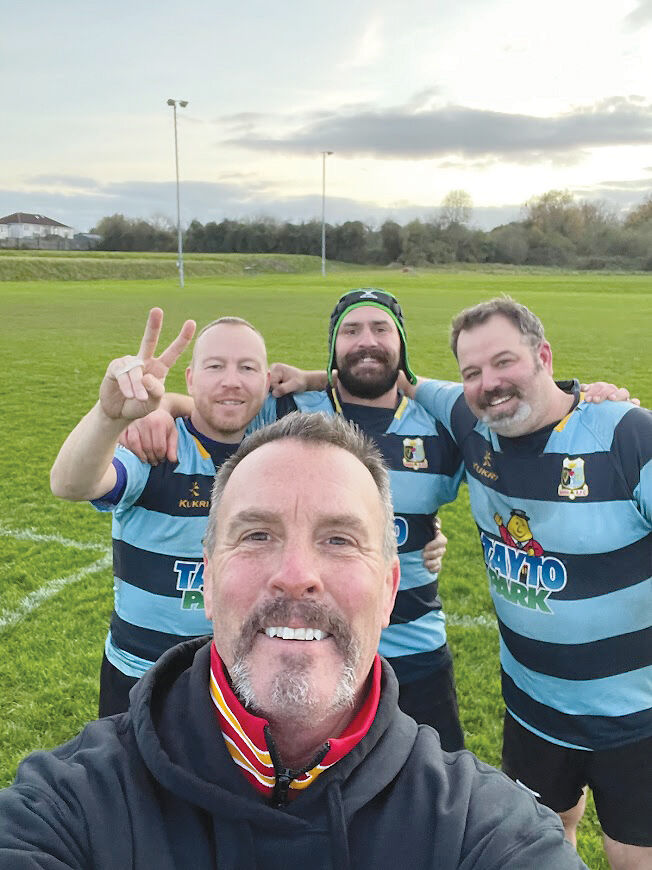 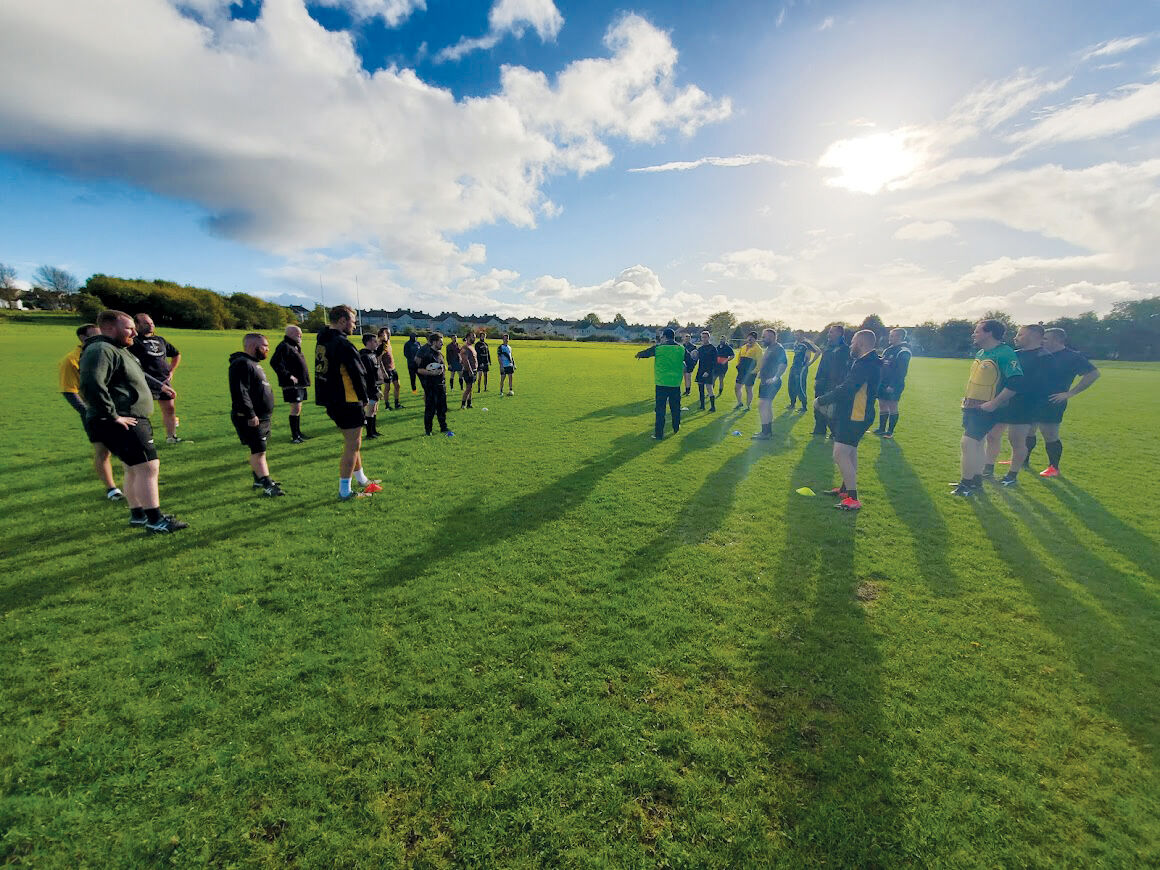 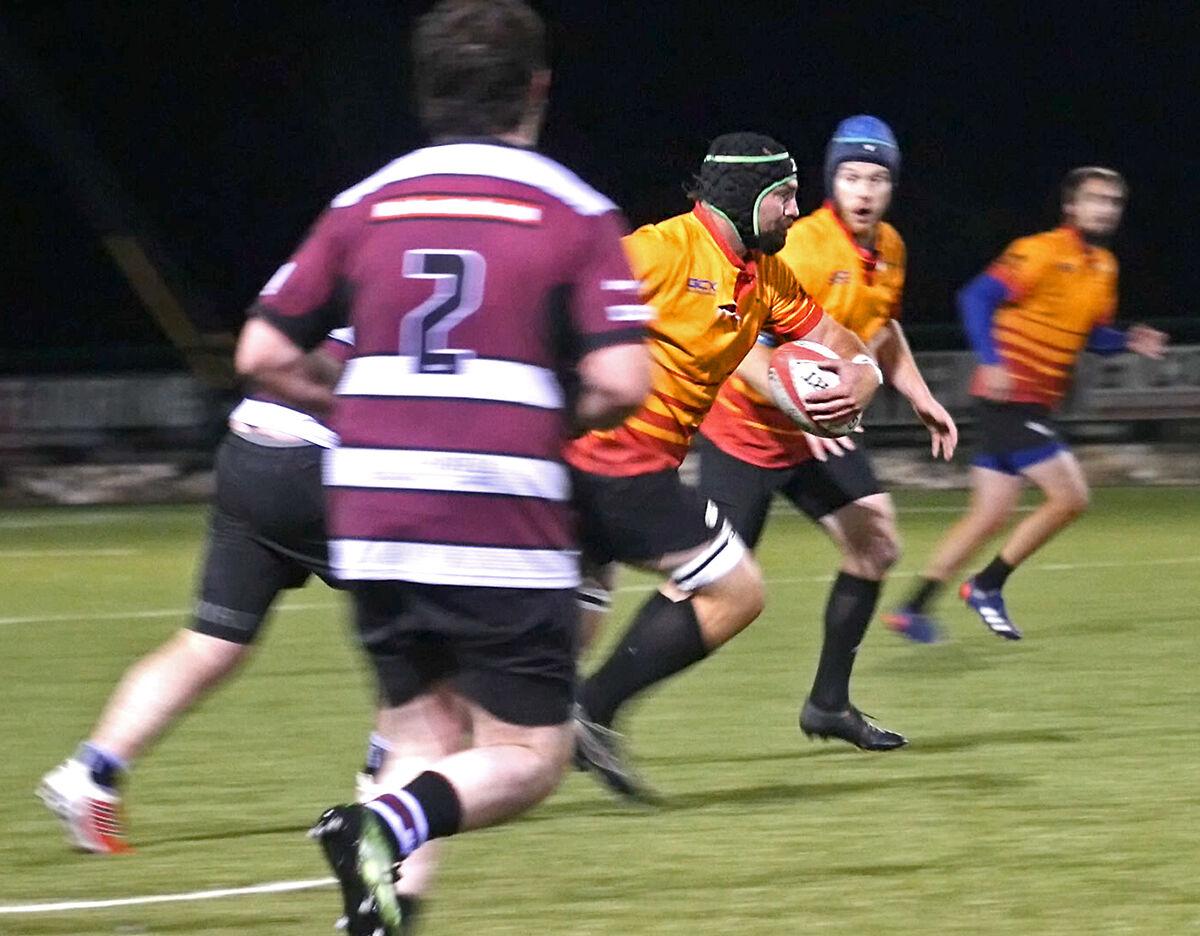 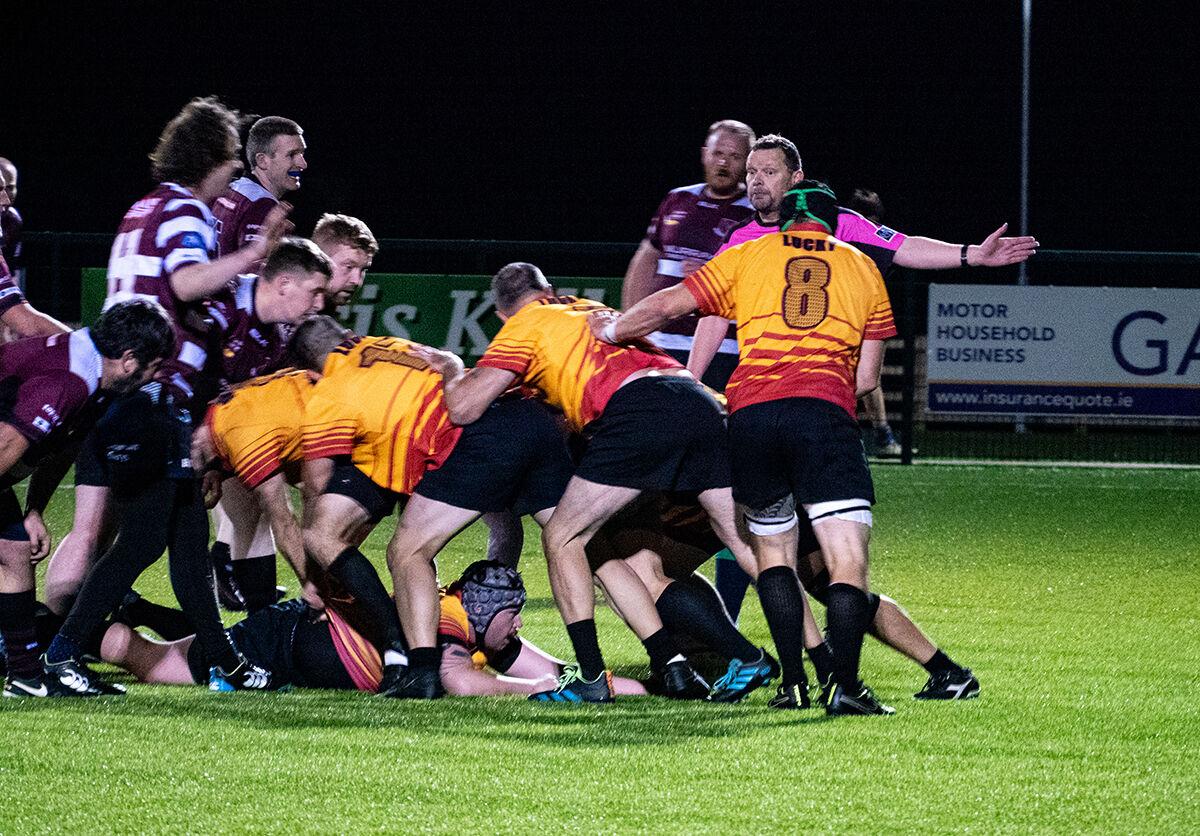 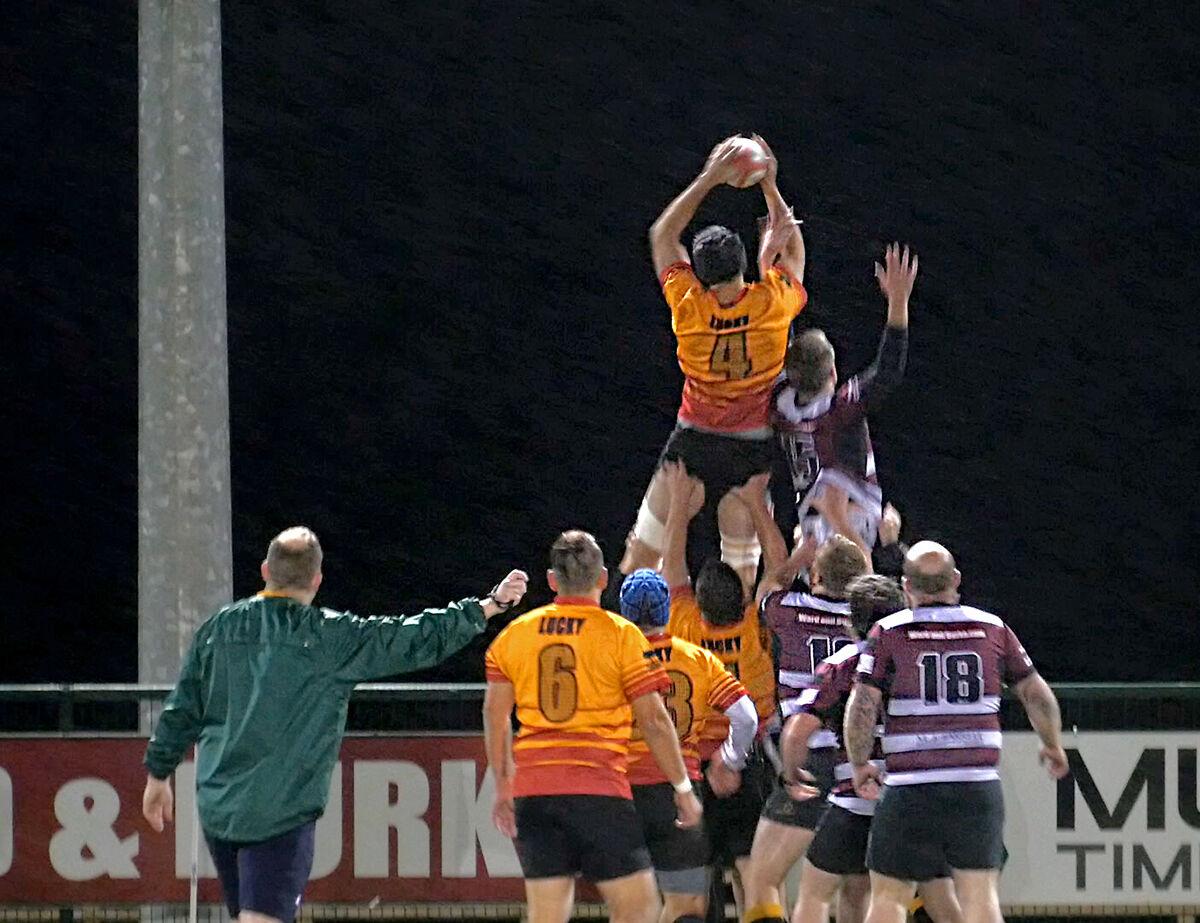 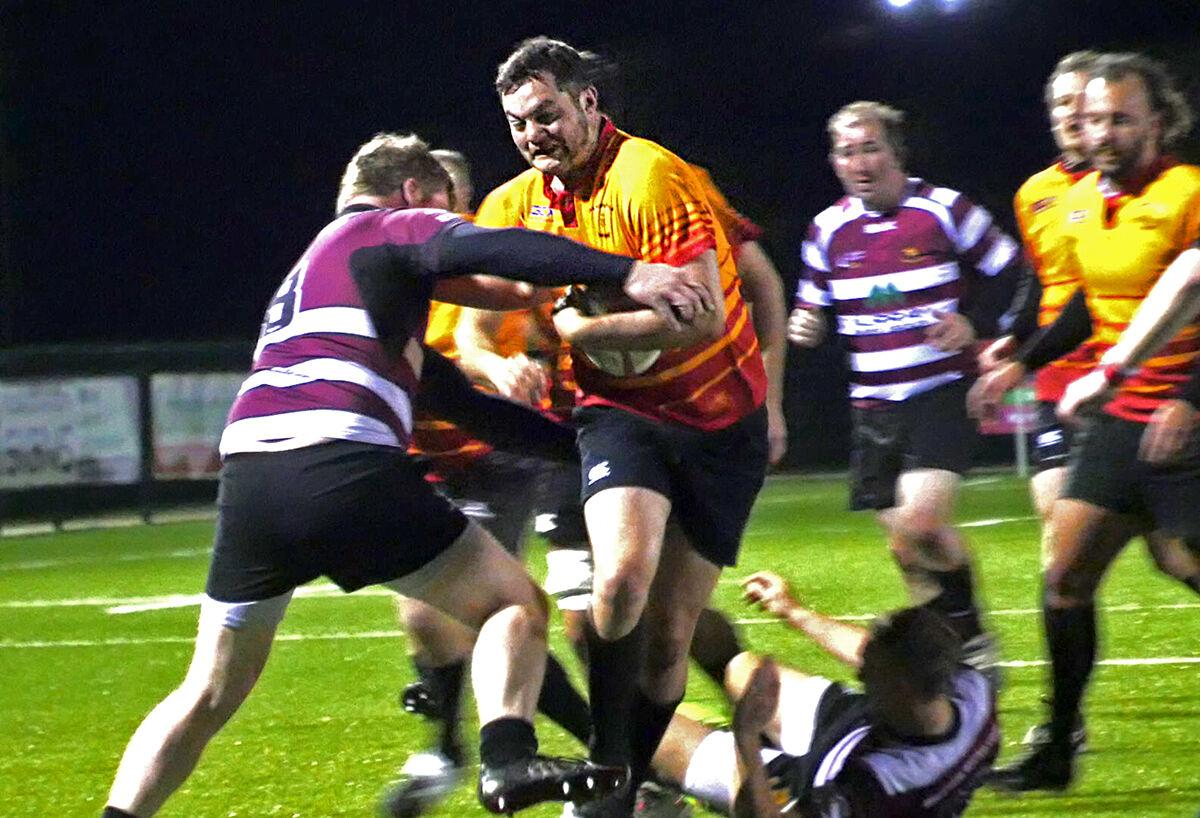 Mad River-Stowe Rugby Club members pose for a photo after a game between Ireland and Japan at the Aviva Stadium.

The traditional post-match dinner and celebration was exactly what you might picture, with hearty food, tasty drinks, live music and a loud rendition of “The Wild Rover” in a warm and quaint Irish pub.

The Mad River-Stowe Rugby Club capped its 2021 season with an incredibly successful tour to Ireland, collecting a couple of victories and some lifelong memories in the process.

The trip, which was first hatched as an idea in 2018 and twice postponed because of COVID-19, was a long time coming and a welcome respite for the 38 players who participated. The busy itinerary was organized by Irish Rugby Tours and included two matches against stiff competition, tours of iconic distilleries and breweries, a visit to the Cliffs of Moher, and attending an international test match between Ireland and Japan.

Plenty of free time was built into the schedule and allowed the team to mingle with the Irish and to enjoy the sights, sounds and tastes of both Galway and Dublin.

The first match was played against the club team from Creggs, a small town situated about an hour Northeast of Galway. Mad River took to the field not quite knowing what to expect from the opposition, and the smell of burning peat in the air provided a constant reminder that they were a long way from home.

But the jitters soon subsided as pregame warmups began, and the boys had the rugby ball in their hands. Playing under the lights on an artificial surface was a treat for the players from Vermont, as was the good-spirited crowd that packed the stands and filled the cool, damp evening air with plenty of cheers for both clubs.

Dressed in their gold “Lucky” jerseys to honor the late Shawn Hayden, Mad River took possession of the opening kickoff and made its way down the pitch. Mad River won possession in the first half and Epeli Mara of Elmore scored two tries in the early minutes of the match to set the tone. Chris Redder of Mud City and Jesse George of Waterbury provided explosive offensive plays and Phil Turner from St. Albans capped the night off with a shifty run and a dive over the goal line for the final try.

While the Vermonters won 38-14, both teams were smiling after the match. The traditional post-match dinner and celebration was exactly what you might picture, with hearty food, tasty drinks, live music and a loud rendition of “The Wild Rover” in a warm and quaint Irish pub.

Just two days later the boys were back on the pitch, this time 40 minutes Northwest of Dublin in Navan, County Meath. As the Mad River-Stowe players walked to their locker room they were taken by the history that lined the walls of the Navan clubhouse. Team photos and documents dating the rugby club to the mid-1920s was impressive, to say the very least.

Out on the pitch, Mad River-Stowe began with a lot of intensity in part due to Don Allen of Johnson making a start for the first time in several years. The team again jumped out to a quick lead, but never pulled far ahead of the solid Navan team. Keeping a lead was made more difficult with forwards captain Kyle Piontek of Stowe exiting early due to injury.

The team pulled through, however, winning 34-14 to go undefeated on the trip.

The team’s very special set of “Lucky” jerseys were traded off to Navan players to sprinkle a little bit of Hayden’s spirit in Ireland, and after six very full days and nights, the team arrived back in Stowe weary yet refreshed in a way that might not have been understood pre-COVID.