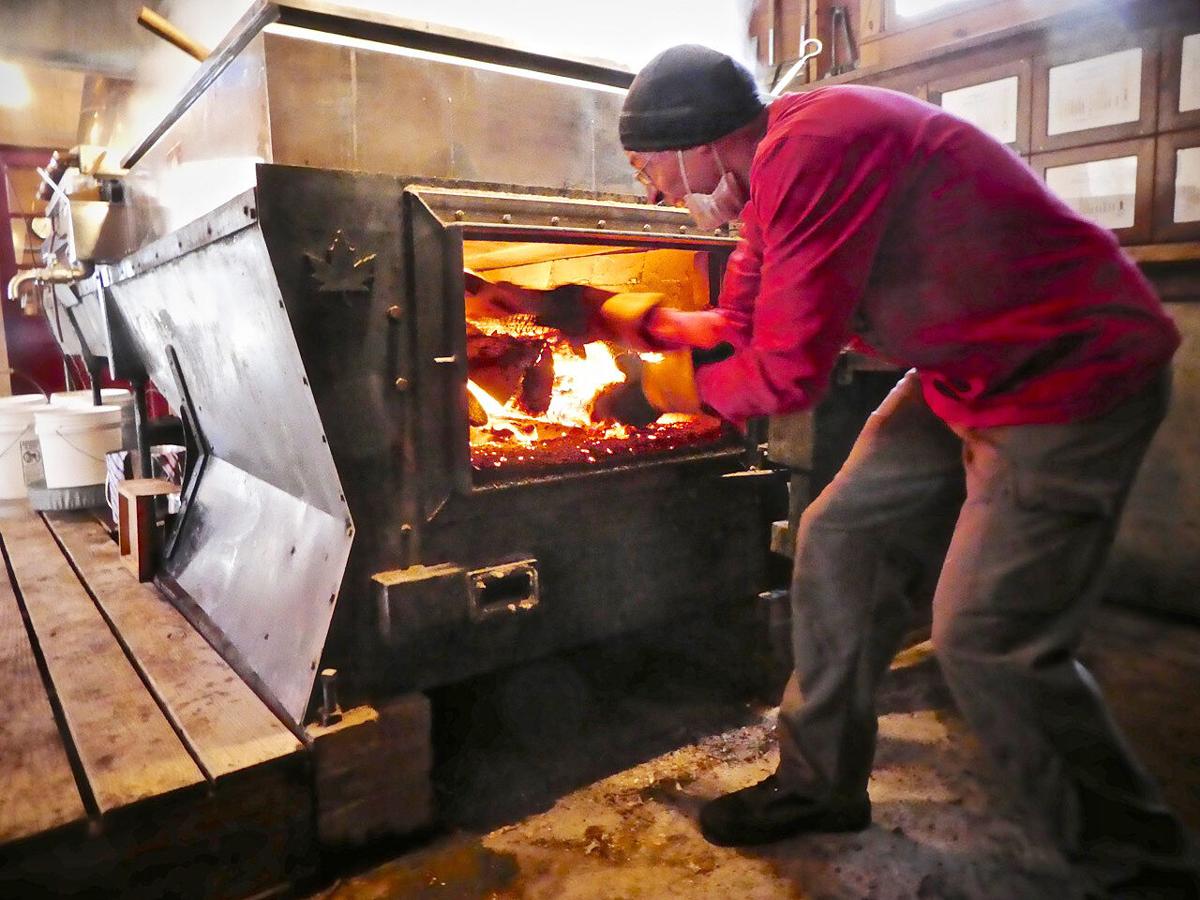 Too hot, then too cold weather in early spring, coupled with low sugar content kept the sugaring season short and lean for many. 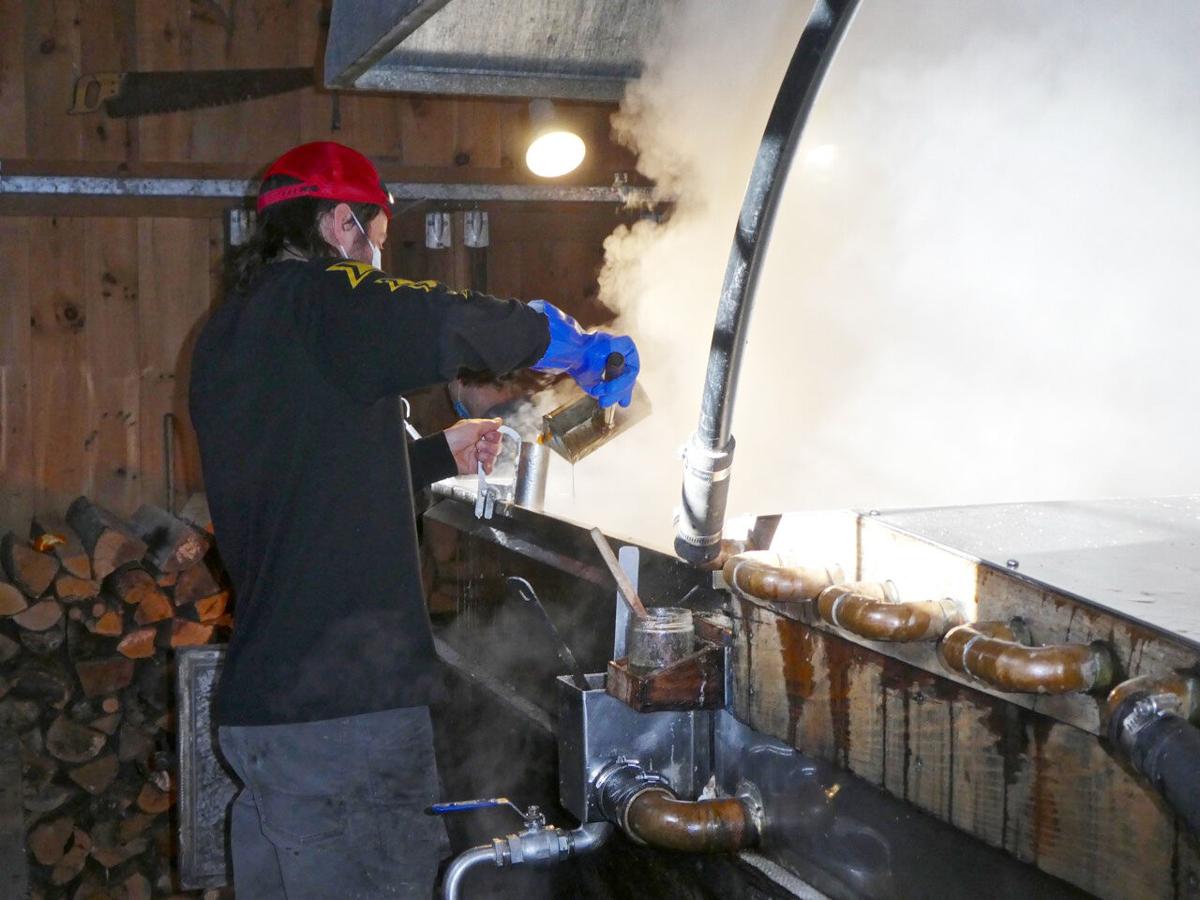 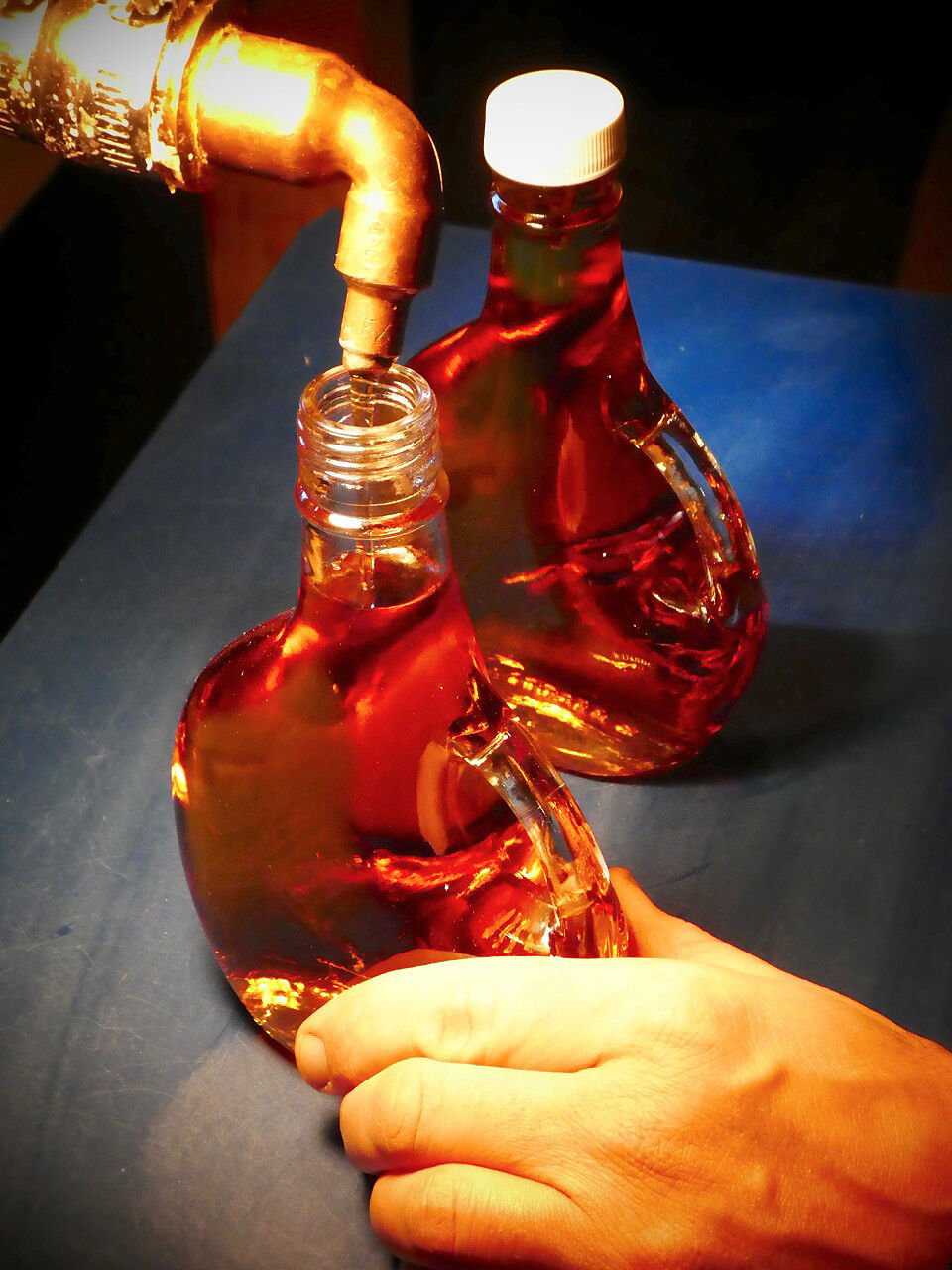 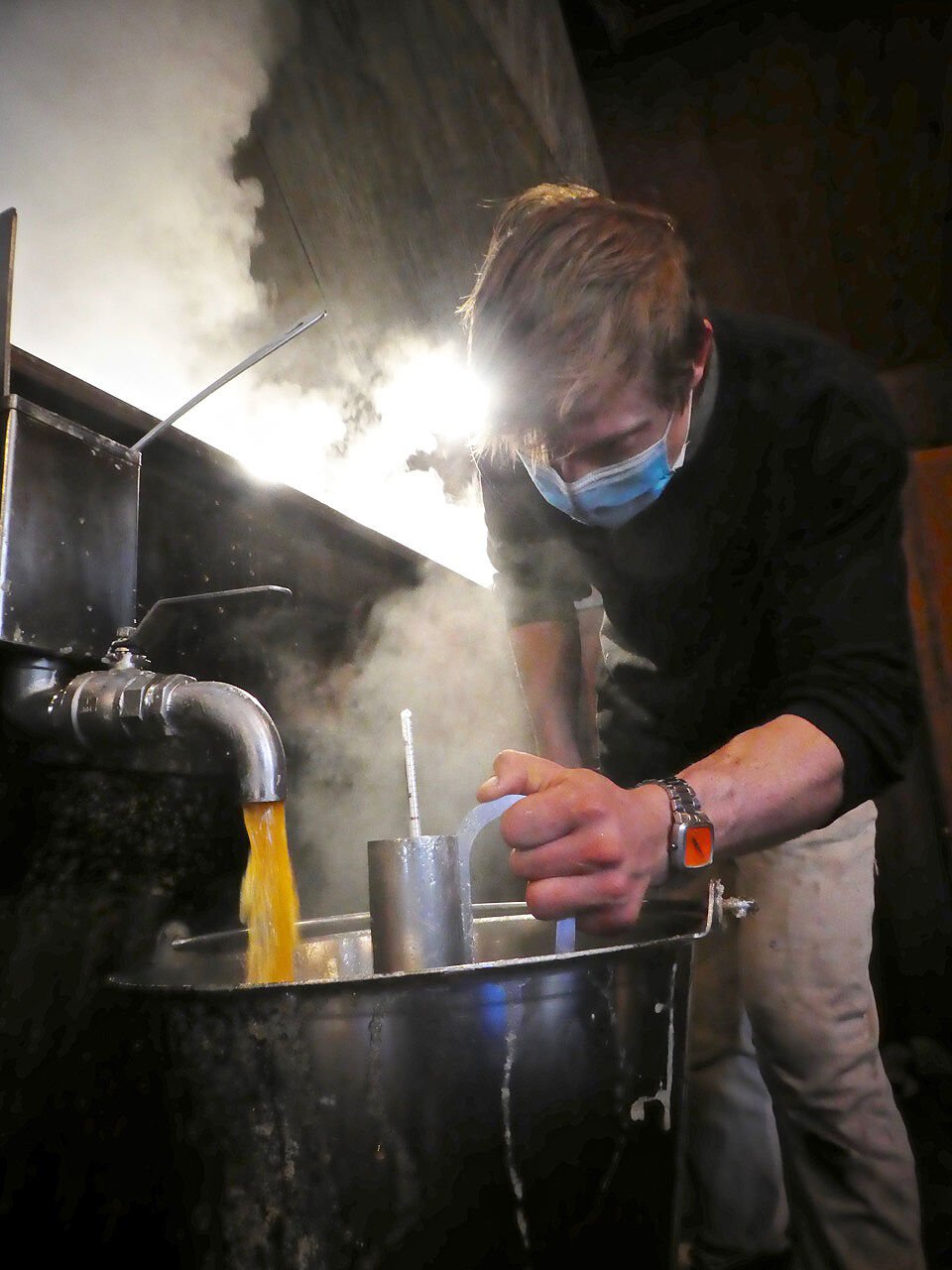 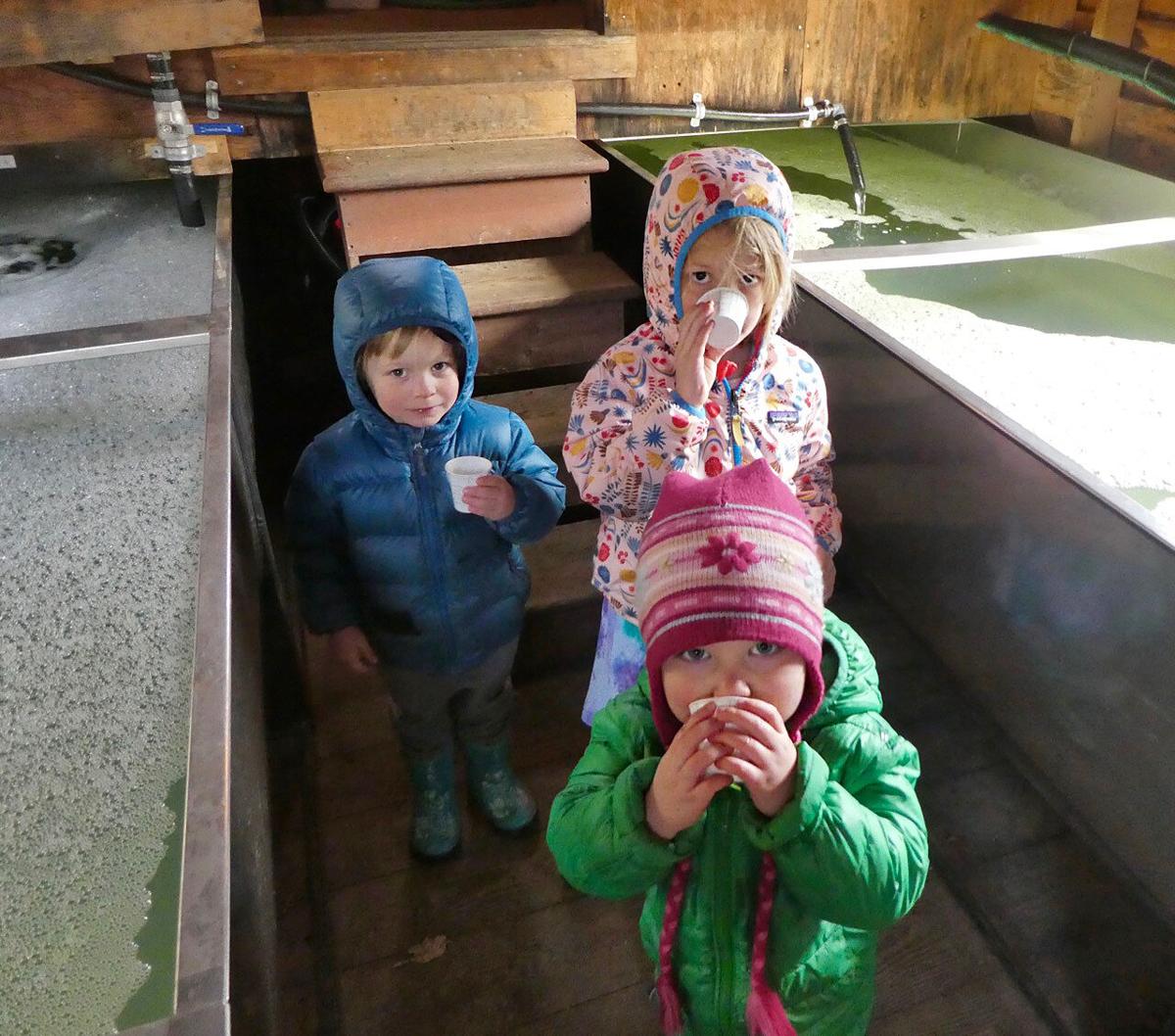 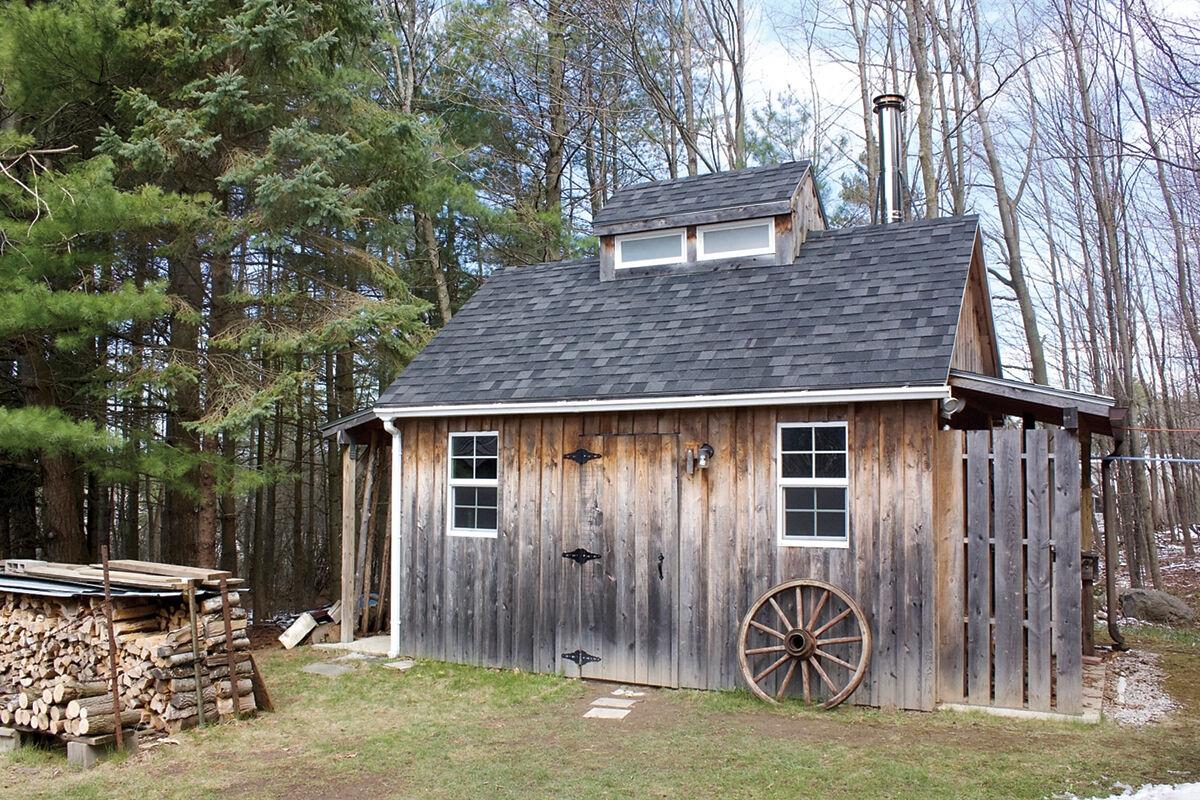 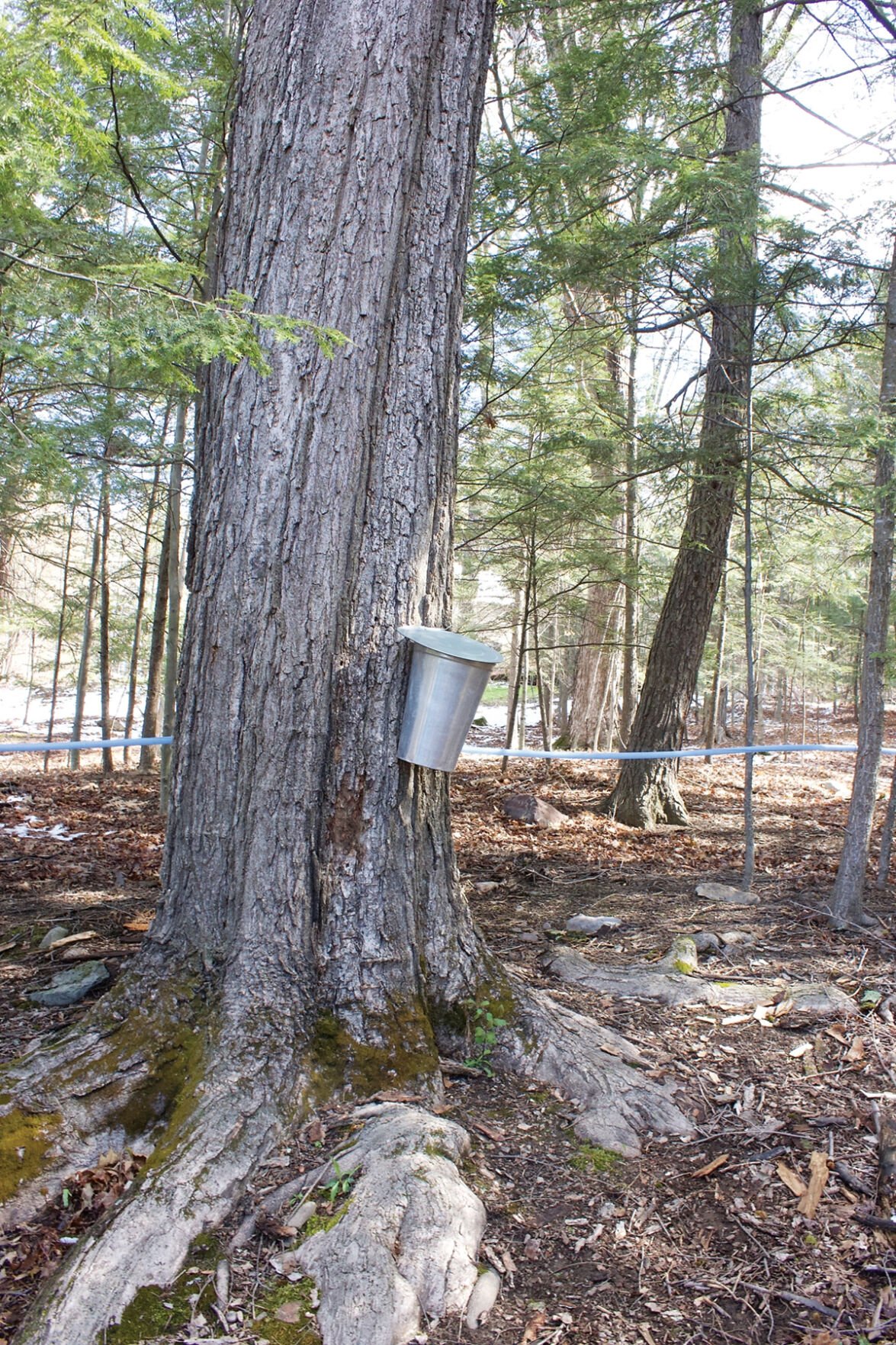 Too hot, then too cold weather in early spring, coupled with low sugar content kept the sugaring season short and lean for many.

The first time Vince and Allison Bolduc made maple syrup, they tapped a few maples around their home using hand-me-down taps, hung milk jugs from the trees and lugged the sap back to their driveway to boil it. Their outdoor stove was constructed out of an old doorless dishwasher tipped on its back, fastened with a smokestack made from old pipes and a scrap door for the fire.

More than ten years later, the pair are seasoned hobbyist sugarmakers. They now have about 120 metal buckets and the dishwasher has since died; in its place sits an evaporator in a small sugarhouse they built by hand at their South Burlington home.

"We had a lousy year this year,” said Vince Bolduc. Without the modern equipment many bigger sugaring operations use, like reverse osmosis and vacuum tubes, he felt the full brunt of the short sugaring season.

Maple syrup production around the state dropped between 25-35 percent this past season, about two thirds of the anticipated crop, according to Mark Isselhardt, maple specialist at the University of Vermont Extension.

Too hot, then too cold weather in early spring, coupled with low sugar content kept the season short and lean for many. “No one had a stellar year, that I know of,” said Isselhardt.

According to the Vermont Maple Bulletin, many local sugar makers reported similar results, with between 16 and 50 percent reduction in yield. Weather and low sap sweetness were the primary factors, according to the bulletin.

Although the reasons why stretch beyond weather, many sugarmakers around the state worry how climate change has affected and will continue to affect weather patterns, shortening and pushing back the sugaring season. Still, they hope to keep some of the magic intact.

For Lewis “Lew” Coty, of Stowe, the sugaring industry was dying 42 years ago when he jumped into the pot, er, evaporator. The work was too labor-intensive for a small payout, he said, but modern inventions like reverse osmosis and vacuum tubes have given it new life — and a safeguard against increasingly warmer sugaring seasons.

“I can’t help but think it’s global warming. Warmer and earlier springs are moving north which is kind of unfortunate,” said Coty, who runs Nebraska Knoll Sugar Farm and taps about 10,000 trees a year.

In response, he often taps trees earlier than he used to.

Last year, the season kicked in around the same time as the pandemic stay-home orders, but the weather — warmer temperatures in March, a steady, cool April and cold nights — created prime sugaring conditions for an extended period.

“It’s kind of like Goldilocks: too cold isn’t good, too hot isn’t good,” said Isselhardt — a little bit of both is just the right fit. “That fluctuation stimulates the sap, drawing up moisture into the above ground parts of the tree,” he said.

Isselhardt noted that the quality of the season stretches beyond weather. “It’s more complicated than that and there’s a lot we don’t know,” he said. “We don’t know how old the sugar is we’re collecting every year. We don’t know if it’s last year’s sugar, or in the past five years, or the past 20 years.”

“For 2021, we think there was an impact of dry conditions last growing season,” he said.

According to the National Integrated Drought Information System, the state of Vermont is abnormally dry and at least 92 percent of the state is in a moderate drought.

“I think what it does is it just reminds people that this is agriculture," said Isselhardt. “It is dependent on weather and technology can do a lot of things to increase production and efficiency, but weather and mother nature still really drive how the season is going to be.”

Charles Cooley runs Jacob Brook Farm in Morrisville, where he taps more than 1,200 trees. Last year he made about 500 gallons of maple syrup, but this year, he said he made about 50 percent of his anticipated crop.

“Historically, it was always cold and you normally didn't tap until Town Meeting Day,” recalled Cooley. “Then in the last few years, it's gotten warmer and people tap in January, or even around Christmas.”

All of the maple syrup Cooley produces he sells retail, at farmer’s markets, to bed and breakfasts and to individual customers he’s acquired over the years.

This season Coty ended with almost 80 percent of his anticipated crop. “I can’t complain too much. I know a lot of people were hurt a lot worse,” he said.

As far as the pandemic goes, Coty said sales hurt slightly following the closure of the Vermont Maple Open House Weekend for the second year in a row. But as demand rose during the pandemic and following the short season, bulk syrup prices have risen as well, he said. “I can’t complain, sales have been so good, both retail and mail-order,” said Coty.

After forty plus years (and two seasons in a global pandemic), Coty still loves working in the woods. “I could never take an office job,” he said, laughing. “Watching that sap come rolling down — there’s something truly magical about that.”