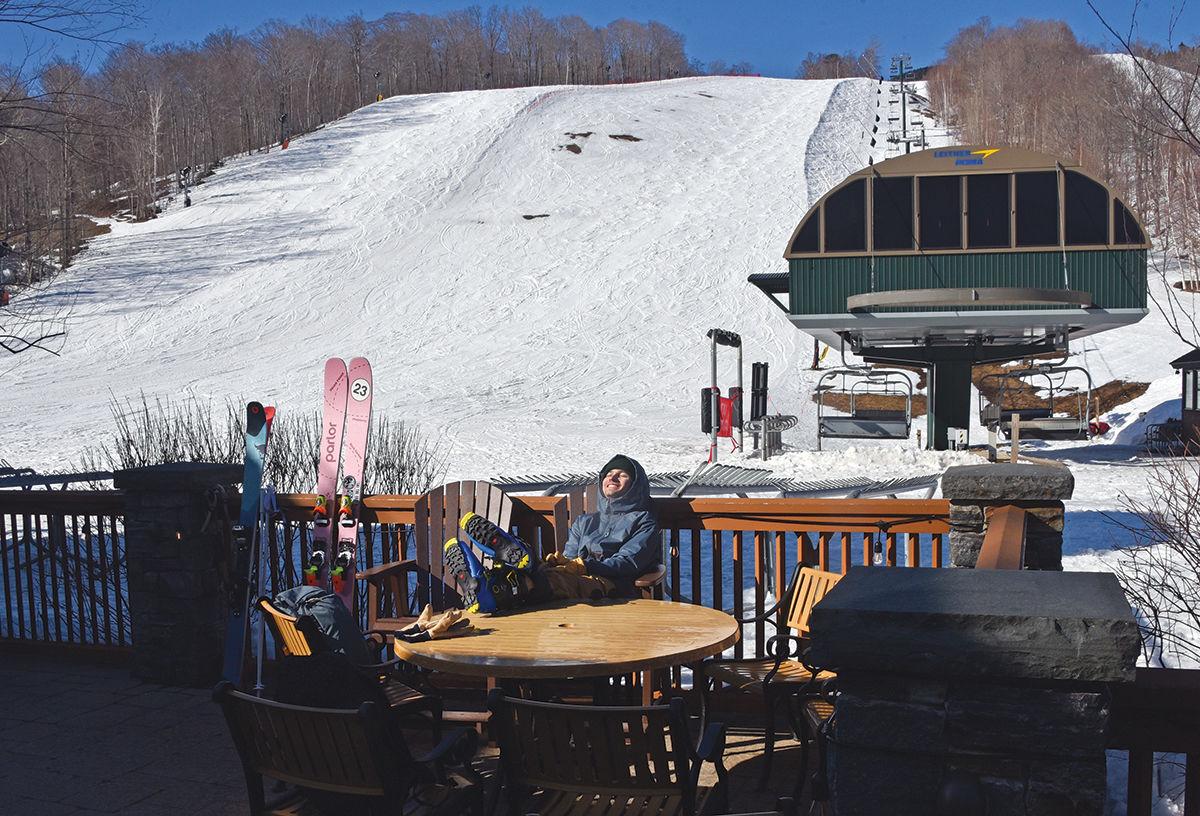 Tucker Battle basks in the sunshine of a nearly silent Stowe Mountain Resort after the lifts shut down. With snow on the slopes, skiers are skinning up and skiers down. 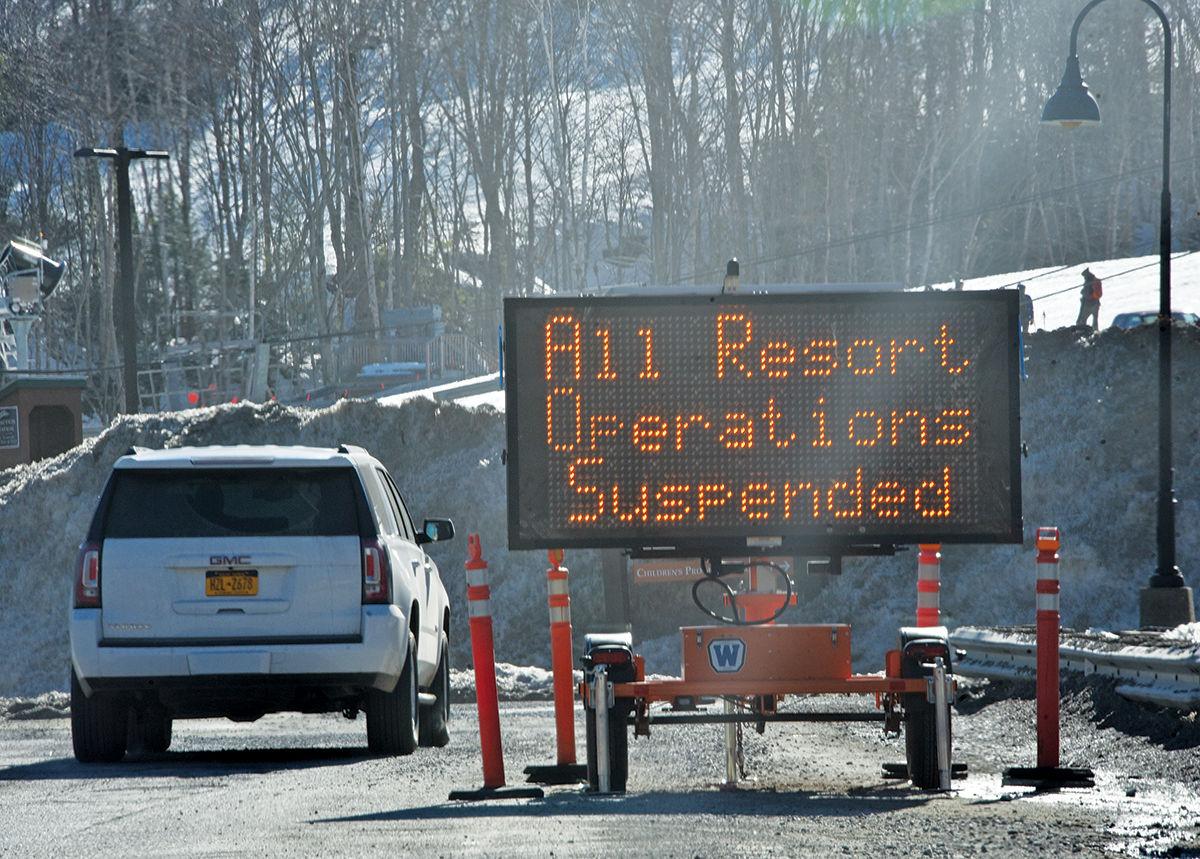 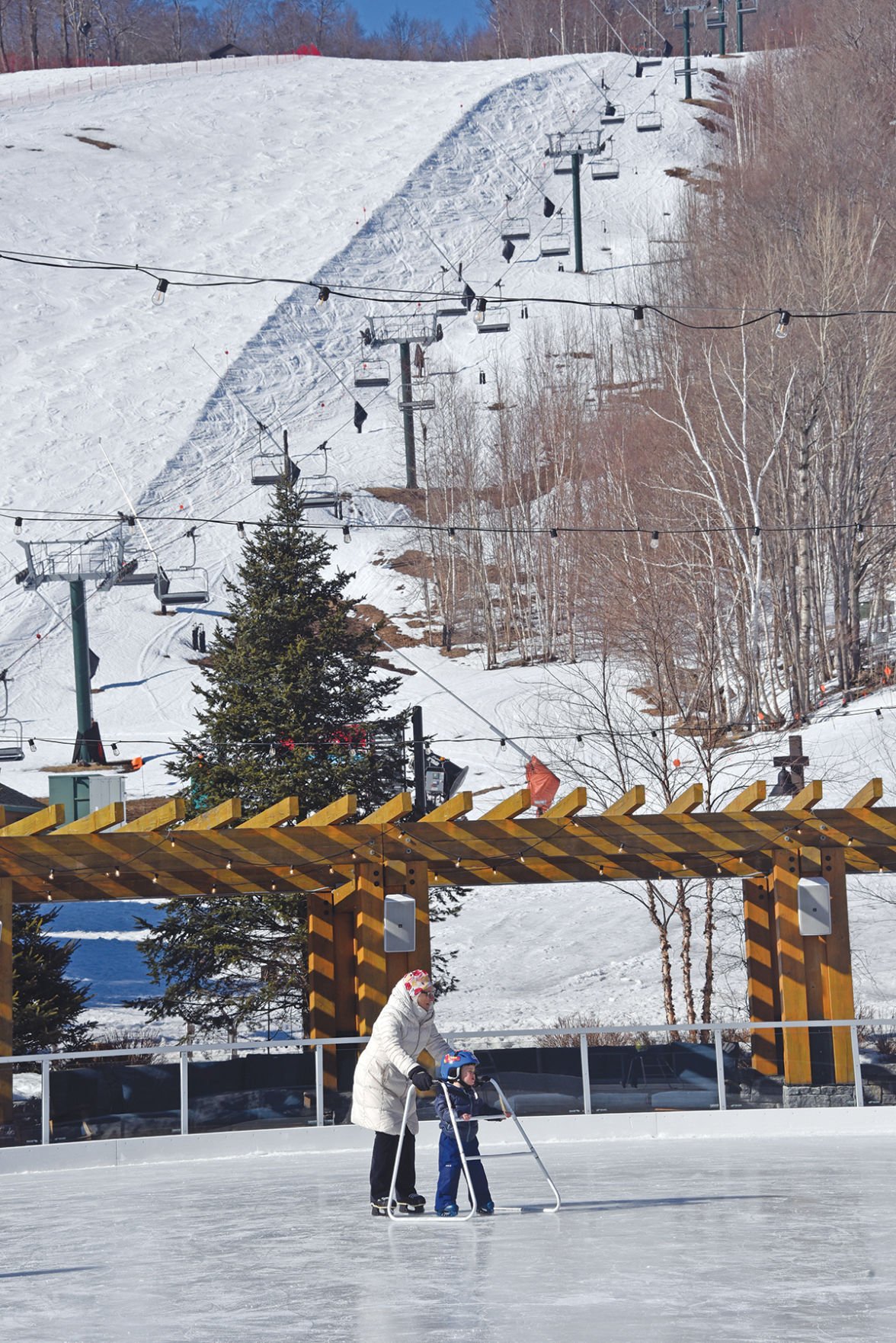 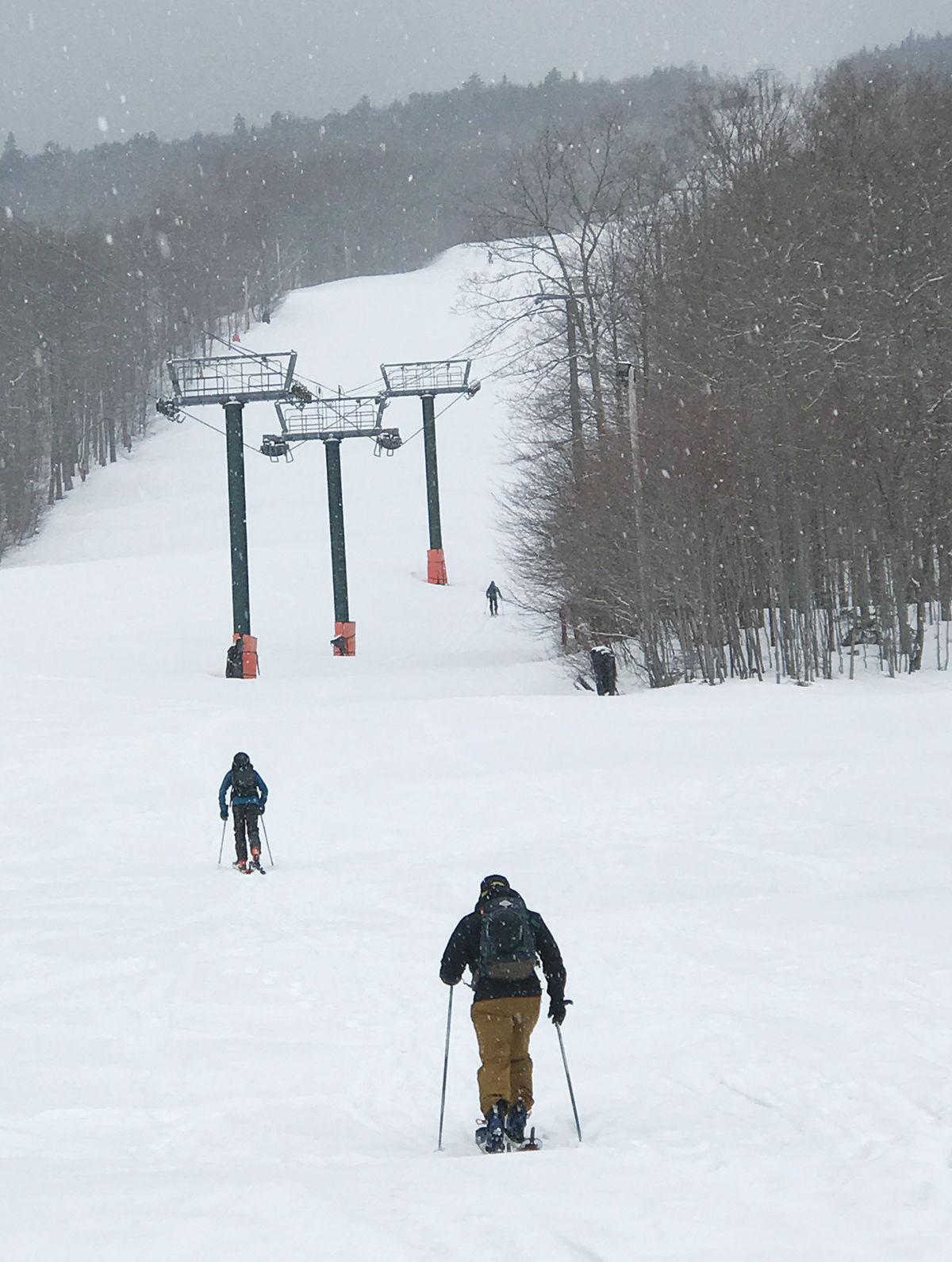 Skiers skinning up Mt. Mansfield after the shutdown.

Tucker Battle basks in the sunshine of a nearly silent Stowe Mountain Resort after the lifts shut down. With snow on the slopes, skiers are skinning up and skiers down.

Skiers skinning up Mt. Mansfield after the shutdown.

Vermont’s ski resorts have had to close early before due to lack of snow, but there’s never been anything like this — the shutdown of alpine operations all around the state.

The news came Monday, just days after Jay Peak and Stowe Mountain resorts announced a pause in operations, a pause that has became a full-stop.

Stowe’s closure is part of the decision by Vail Resorts to close all its North American resorts. A similar decision was made by Alterra Mountain Co., which purchased Sugarbush Resort last fall. In all, the decisions affected 49 ski resorts.

“Our decision to end the season now is evidence of the fast-moving situation involving COVID-19, and it was not an easy one to make as we deeply considered the extended impact it will have on our guests, employees and communities,” said Rob Katz, chairman and chief executive officer of Vail Resorts. “While it is incredibly disappointing for our company to mark the end of the season so early, we know it is the most responsible path forward.”

Smugglers’ Notch Resort shut down at the end of the day Tuesday. Resort owner and managing director Bill Stritzler said Monday evening that the decision is in line with advice from the Centers for Disease Control and Vermont Gov. Phil Scott to limit the number of people congregating in one place.

“The governor’s difficult decision was based on advice from Vermont health officials and I believe we are obligated to follow the same advice,” Stritzler said.

Even without lifts, several skiers were taking advantage of the snow falling at Stowe Mountain Resort on Tuesday.

John Spinney was headed up the mountain to check out the snowstake on Tuesday, music playing from somewhere on his back. Spinney said he’s up there every day, probably 120 days on the mountain, 80 percent of the time on skins, so he is well-prepared to take advantage of the wide-open terrain.

“And for those of us who live in a mountain town, we are all here because of that mountain, for the most part,” Spinney said. “This gives back to us. It recharges us.”

A college student named Daniel — his last name was drowned out by the wind whipping through the midway parking lot — said his family from Boston has a condo in Stowe, and he’s been living in it as an escape from the city. He has an Epic Pass, and was intending on actually riding the lifts this week.

“It’s definitely a bummer for the skiers, but it’s good for people who have skins,” he said. “It looks like it actually ought to be pretty nice today.”

Lindsay DesLauriers, president of Bolton Valley, said Tuesday that a small business like hers is like a family, and now everyone’s worried about their own families. She said March is her favorite month of the ski year, a sentiment shared by many skiers and riders.

“l’ll miss seeing all the babies come out in the warm spring weather to ski their first runs between mom and dad’s legs on the Mighty Mite. I’ll miss the sunny après ski on the JMT deck. And I’ll miss the sunsets across the valley and over the lake as I pull down my goggles to ski some sweet corn snow on Showtime, Spillway or Cobrass.

Spinney is avid about the outdoors, and said regular exercise and maintaining top personal health are especially important right now.

“If you’re going to be strong and take care of people, you’ve got to be able to take care of yourself, too,” he said. “For me, this is self-care.”

As the world hunkers down, grocers feel the rush

Coronavirus is shocking the supply chain.