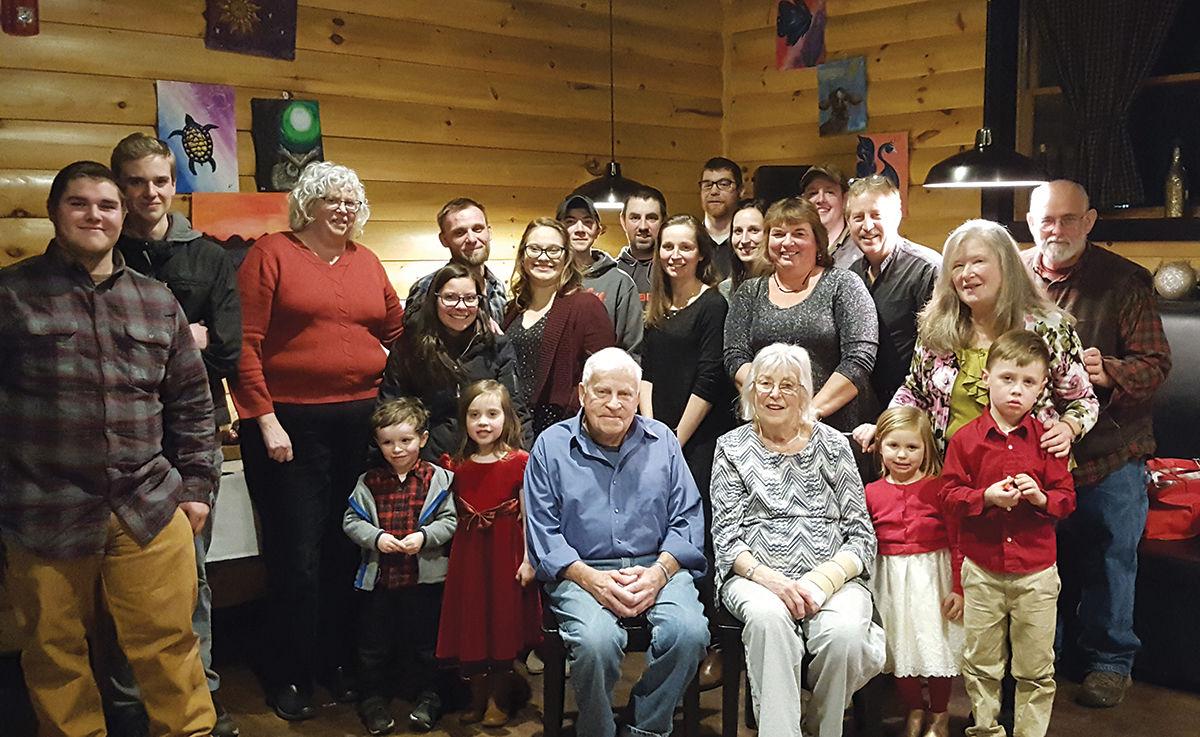 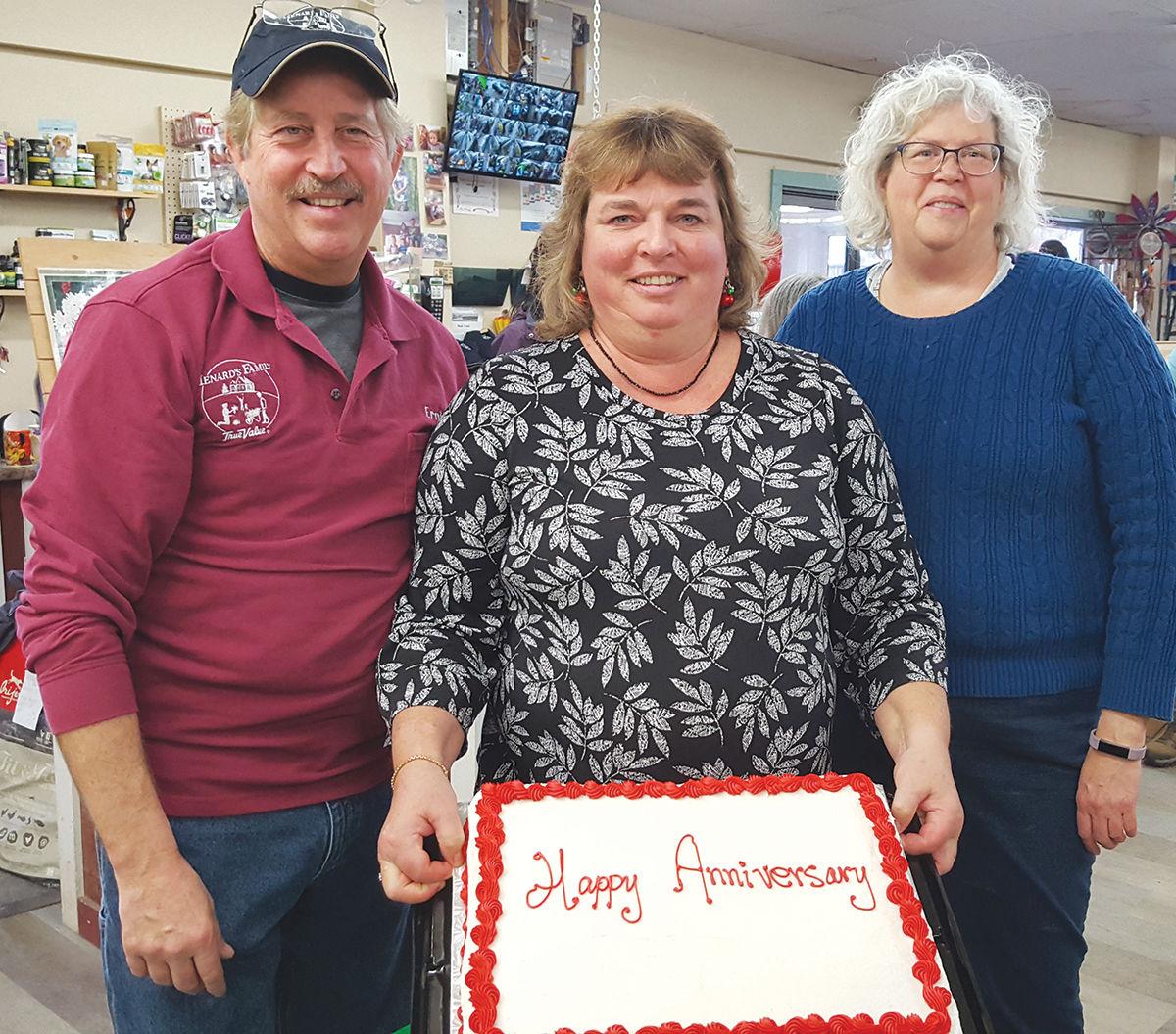 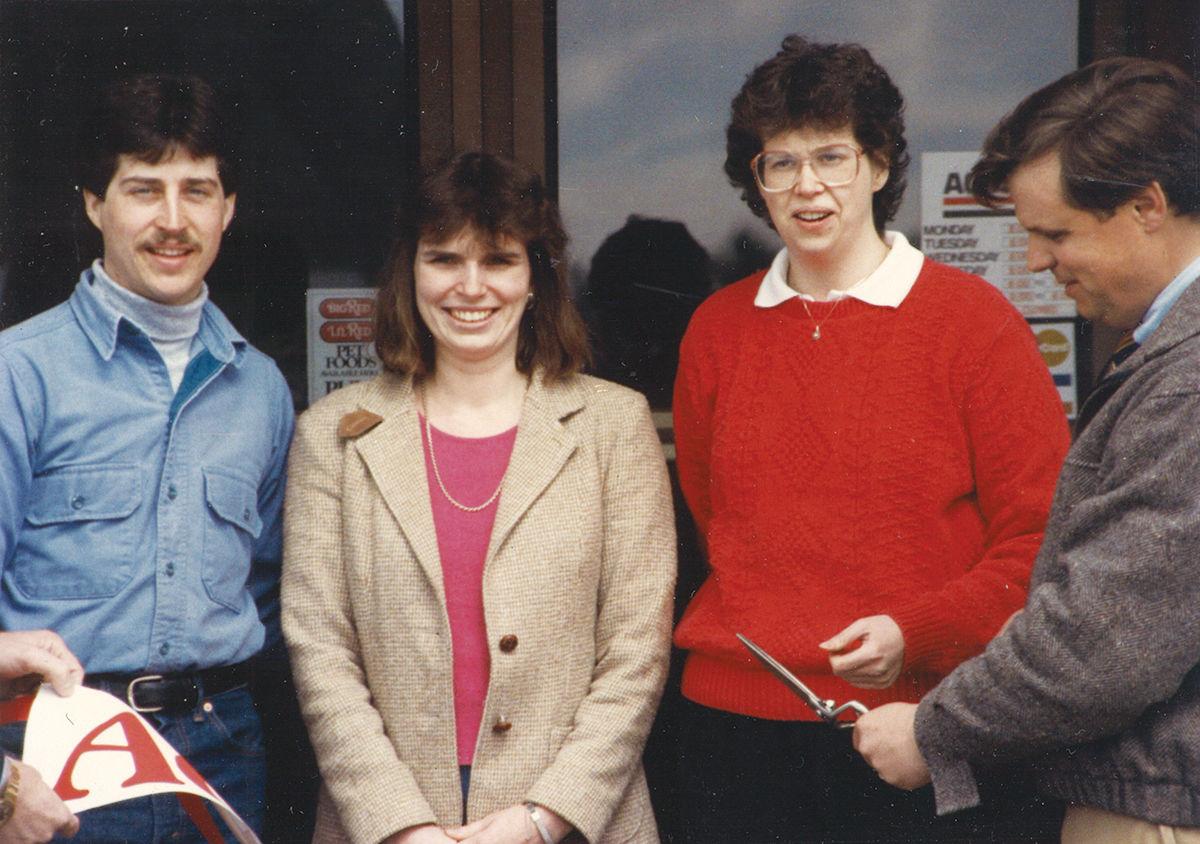 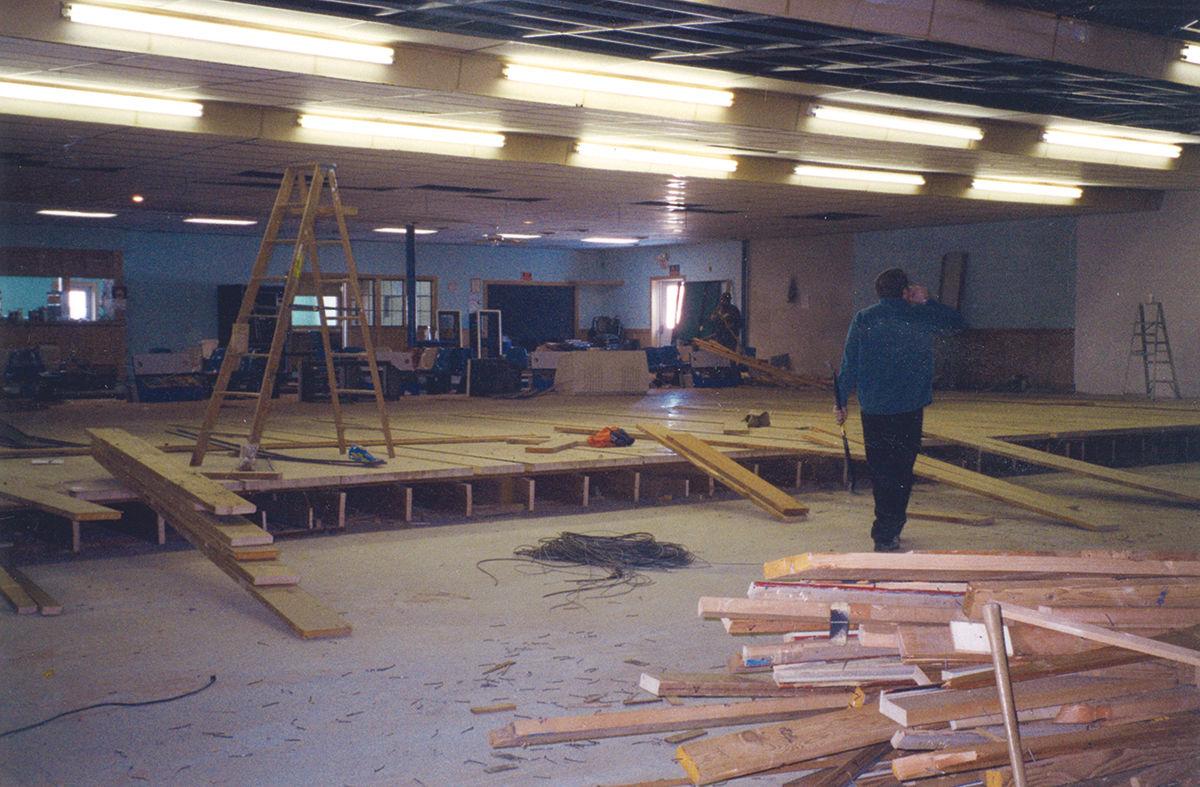 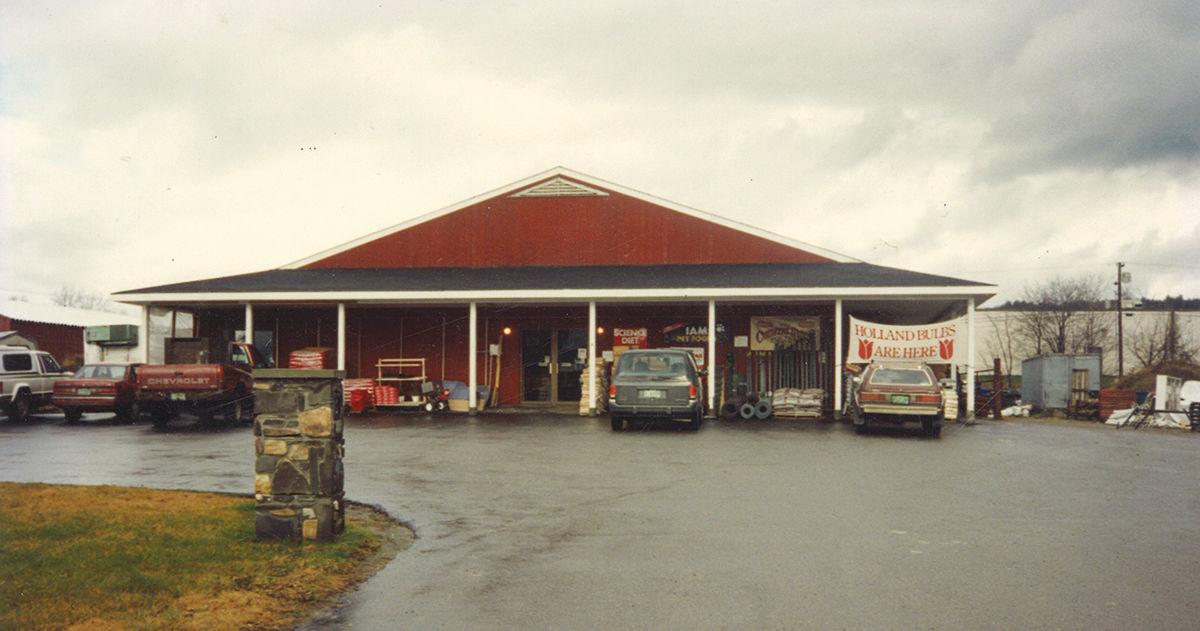 If you walk into Menard’s Agway, recently rebranded as Menard’s Family True Value, odds are pretty good that you’ll run into a Menard.

The Morristown business is owned by Ernie, Sharon and Annette Menard. Seven other members of the Menard clan are typically on the premises. Three of Ernie and Sharon’s daughters, Andrea, Michelle and Tiffany, work full-time at the store. And Michelle’s children Madison and Casey and Andrea’s kids Owen and Jessa provide customers with plenty of laughs, and even try to help run the register, when they’re not at day care.

Last month, the Menards celebrated their 30th year in business. Ernie, Sharon and Annette bought the business from Bruce and Kay Shields on Dec. 15, 1989.

Since then, the family-owned business has grown and adapted, doing what’s needed to stay competitive in a market that more and more seems to favor chain stores and big businesses over more local options.

The Menards decided to buy Morristown’s Agway, then on Northgate Avenue, in large part because Ernie was fairly familiar with the business. He ran a condo and home maintenance business in and around Stowe, so he was a regular customer at Agway, which then specialized in lawn care and supplies for farmers and pet owners.

“I shopped there,” Ernie Menard said. “I was familiar with the products, the people and the challenge.”

So, Ernie, Sharon and Annette decided to become partners and buy the business, with some financial backing from Ernie and Annette’s parents, Arthur and Alice Menard.

The family thought they’d succeed, but there’s always that bit of doubt about a new venture.

“We didn’t know if we could do it, but knew we could do it,” Ernie said. Things were tight in the early going, he said, as the family and staff were working six days a week.

“Lot of hours, and no money,” Menard said.

But the family stuck with it, working to build the business as changes came and went and things began shifting toward a new, expanded market.

Some of those changes are obvious.

Other changes were more seismic. The family added a second store in 1996, owning and operating Waterbury Agway until 2005. And, in 2003 the Menards purchased the former bowling alley on Brooklyn Street and moved their Morrisville store a few hundred feet onto one of the town’s major arteries.

“By the time we moved, we’d doubled our sales,” Menard explained. The new locale offered a larger space and better visibility and access to a major town highway, and it meant the family owned the building their business was in.

The former bowling alley needed a major overhaul, though, and family again came up big. Family members and close friends turned out in droves to help renovate the building, with most of the work happening at night after everyone had finished up their day jobs.

Change after change has followed.

“We’ve been expanding ever since we got here,” Menard said. When a local rental company went out of business, the Menards stepped in. Starting from scratch, they began renting “a little bit of everything,” from construction equipment to carpet cleaners to event-related items, like large tents, tables, and chairs for weddings or other large gatherings.

“We’ve doubled what we have in rental” since adding it, Menard said.

The move to Brooklyn Street also brought another change, as the family began offering some lawn and garden True Value products, working with the other local True Value retailer in town, Morrisville Lumber.

When Morrisville Lumber stepped out of that market, Menards stepped in, signing a contract to become the retailer for True Value’s full lines of hardware and paint in 2018. That commitment sparked another full-blown renovation of the store, which wrapped up last year. And then came a new name: Menard’s Family True Value.

The Menards now compete more directly with Country Home Center, the local Ace dealer, and chains like Aubuchon Hardware, both located nearby in Morristown’s north end.

The competition has forced the family to stay focused on a few things. They’re constantly looking for new ways to expand their customer base, so when the local pool supply store left town in 2017, the Menards added that business. They sell everything a craft-beer enthusiast needs to get into home brewing, and beekeeping is another market opportunity.

Selling farm supplies is now more of a niche than a core aspect of the business, Menard said, but now they’re supplying farmers diving headlong into Vermont’s exploding hemp economy.

“We just got five pallets of all the growing stuff. Pots, soils, fertilizer, parachute cords to hang it all,” Menard said.

“We’re always evolving; we’ve never sat still,” he said. “If people bring an idea to us, we’ll at least consider it.”

The family and staff make sure they’re open to new ideas as they look to stay competitive. That flexibility isn’t possible for businesses tied to a larger corporate framework, Menard said, and being flexible has been vital for success.

If a customer needs a product they don’t yet offer, they make a point of special-ordering it, and they’re committed to provide the best service possible at a reasonable price.

“We can do things like donate to a local charity; there’s no red tape,” Ernie said. “We care about the community. That makes it easy to compete,” and that ties back to the family aspect of the business.

“Nine times out of 10, you’re meeting a family member at the counter” when you walk in, he said. Even some of the staff members are basically family. Longtime employee Dwayne Clark worked at Agway before the family bought it, Menard said, and “came with the store.”

Thirty years later, you can still find Clark behind the counter.

All five of Ernie and Sharon’s children — son Michael and Kristen, their other daughter, started their working careers at the store but have since moved on — were working at the store by the time they were teens. And, plenty of aunts, uncles, cousins and other family have filled out the employee roster over the years, or chipped in when it was time for one of those renovation projects.

Ernie, Sharon and Annette are still the co-owners of the business, but Michelle, Andrea and Tiffany “are taking on more and more responsibilities,” Menard said. “They’re a big part of it now, they’re doing more and more

“Onward and upward,” her father chimed in.

Schools taxes headed up for Stowe and Morristown