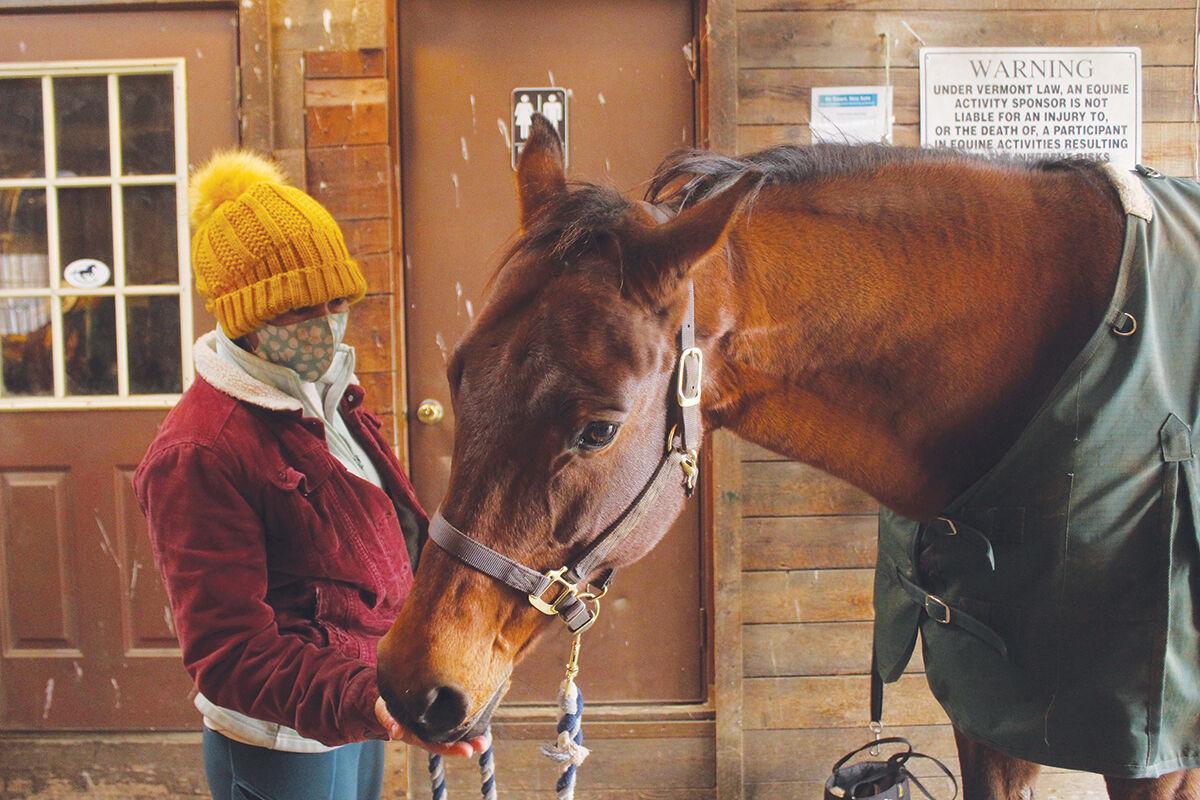 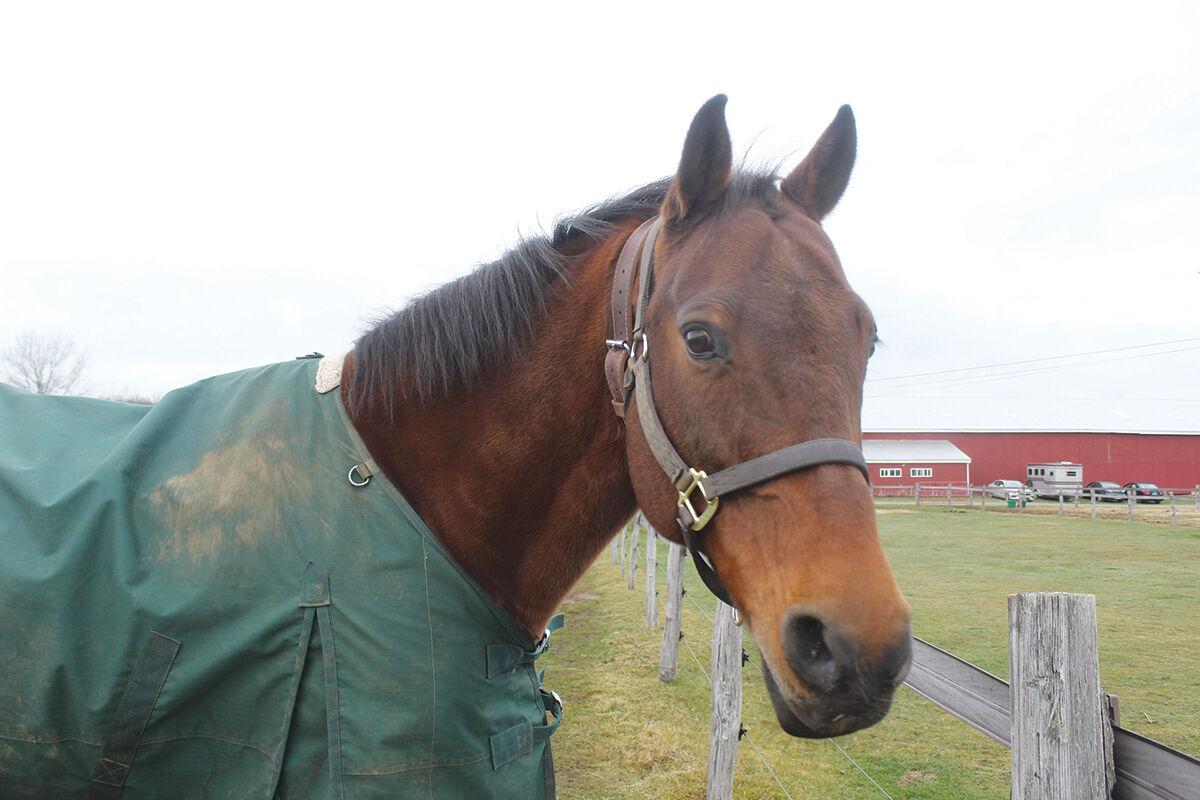 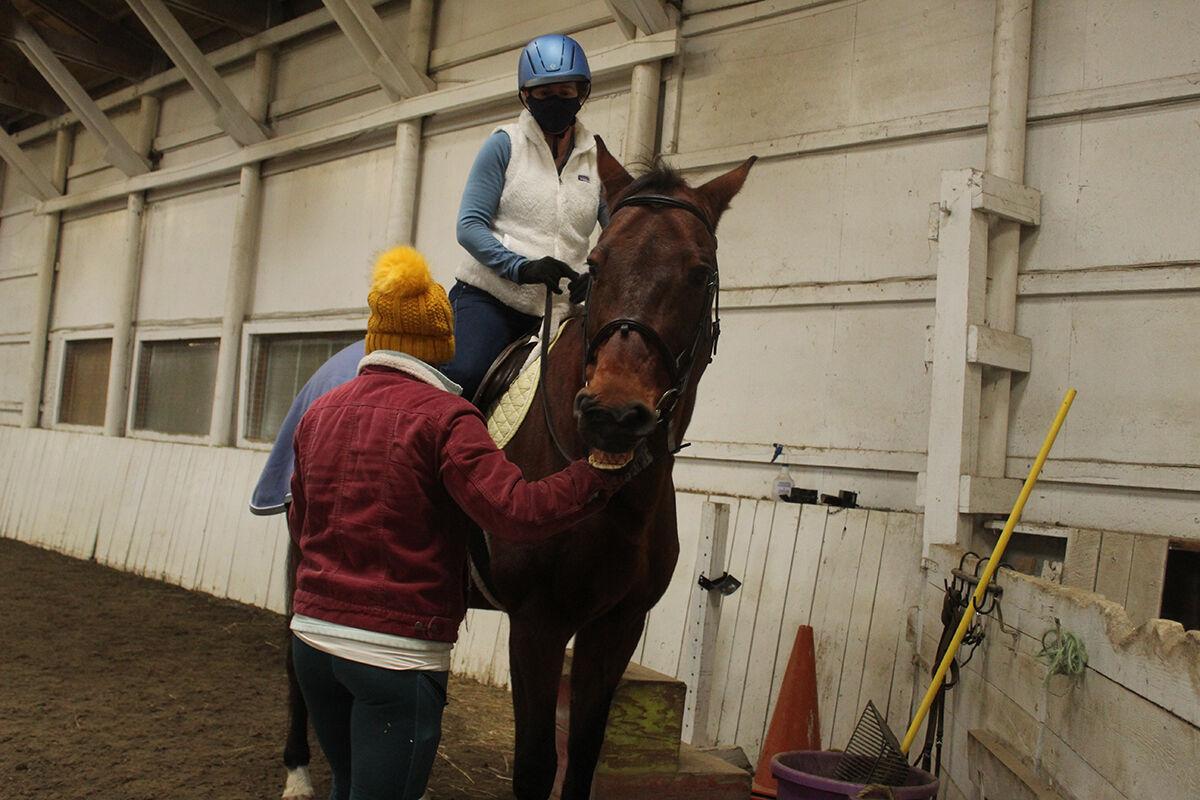 Mirky is a paragon of patience — the perfect horse for North Country Animal League to have for teaching how to ride. 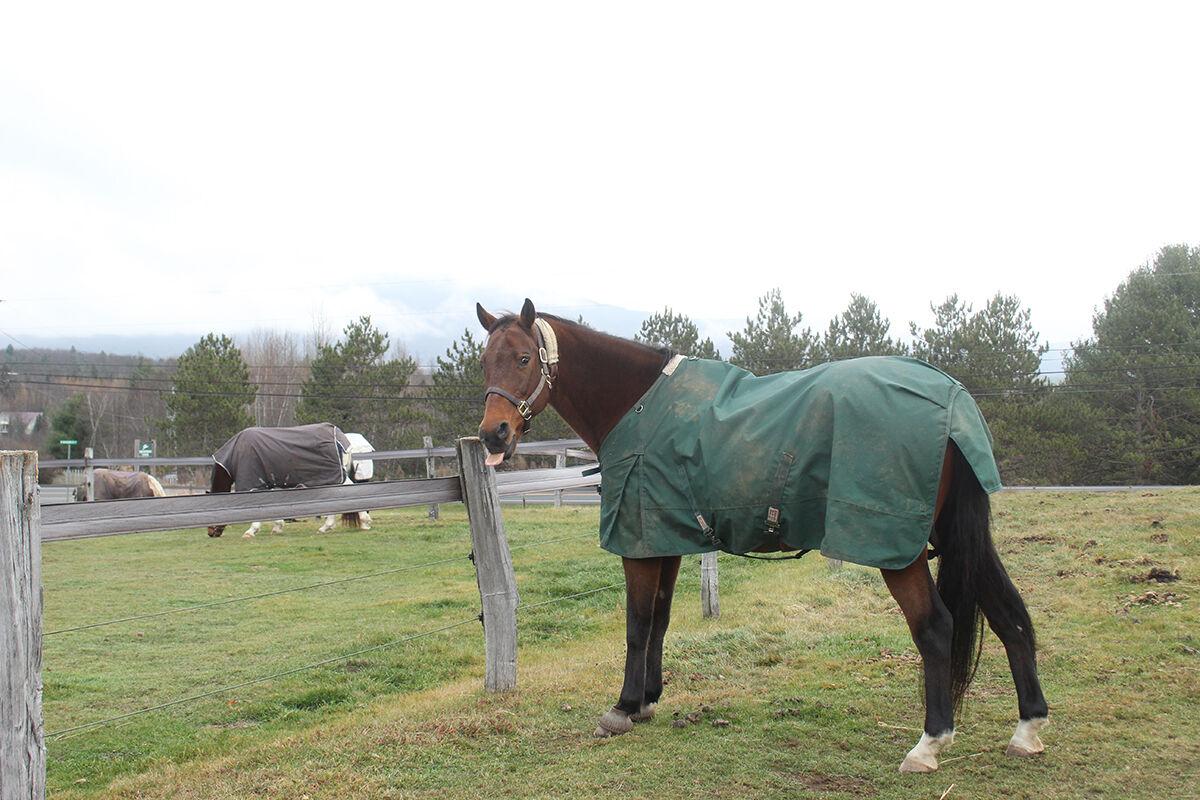 Mirky is a paragon of patience — the perfect horse for North Country Animal League to have for teaching how to ride.

One thing is clear: Mirky is a hit at the North Country Animal League.

Mirkwood, Mirky for short, is a retired show horse who came to the Morristown animal shelter this past year after more than 20 years of competition.

Mirky looks much younger than his years — no one is sure exactly how many — but he’s reached the age where it’s time for him to not be jumping the 4-foot fences he encountered as a hunter jumper.

Another thing is abundantly clear: Mirky is one good-looking horse.

Mirky is a bay, meaning a rich mahogany brown horse with a black mane and tail.

He’s also a babe: the Hanoverian/Thoroughbred cross stands 16.3 hands and is around 1,200 pounds of pure beauty.

And he’s a paragon of patience — the perfect horse for North Country Animal League to have for teaching how to ride.

Tracy Goldfine came to the animal shelter as executive director in 2016 when it was only in the business of finding homes for dogs and cats. She brought with her a passion for horses and a dream of expanding the shelter.

“I’ve had this passion for horses my whole life,” she said.

And lo and behold, a couple of years later the owners were ready to sell, and the animal shelter was ready to buy.

Even before North Country Animal League bought the farm, it ran a summer camp for kids interested in sheltering animals. Campers interact with shelter animals and learn about animal welfare. Besides arts and crafts, they make videos of the animals to help get them adopted.

According to its website, the shelter provides a temporary home for more than 600 animals each year.

Typical summer camp at first included raising a tent in the backyard of the shelter and having guests come to talk with kids about different animal welfare organizations or the humane treatment of animals.

Then, the shelter was able to add a horse summer camp to its offerings.

This past summer, with COVID in full swing, it was only able to offer that camp where children could interact with horses outside. Up to 12 campers joined in for 11 sessions.

In August, Mirky arrived and quickly became a favorite of staff and students.

Having Mirky has worked out well for North Country Animal League, and they hope, for him, too.

After a career competing all over the eastern United States, Mirky didn’t need to be jumping anymore, Goldfine said. He’d been great for years, winning competitions at various levels and earning his owners a bunch of money.

Older horses like Mirky need a nutrition program that’s tailored … er … groomed to their age, just like older people, she said. When a horse gets to his age, it can’t compete like it once did, but doesn’t need to completely retire.

“It’s not good just to turn them out to pasture,” Goldfine said.

As the years passed, Mirky developed a little arthritis and a bit of nervousness around jumping. Hunter jumpers like him are judged on how high they can jump, their form and consistency.

It was time to find Mirky a new place. Somewhere he could still get exercise.

The school’s very active program eventually became too much for him, Goldfine said.

But he still needed exercise. Through a mutual friend, the head trainer of the Cornell riding team got in touch with Goldfine.

The trainer described this wonderful horse who needed a home. Then they said the magic words: “He is great with kids.”

But not only kids.

“What’s special about Mirky is he could be in our camp program. With a very little small rider on his back, he’ll be doing walk, trot and he’s just going along doing his thing,” said Goldfine. “But he can be really fancy, too, and present a challenge for a rider who knows how to really ride.

“He’s an awesome addition to our program here. We’re lucky he joined us.”

“He’s a one in a million horse. You know we need a few more horses for our program, but we only want horses like him.”

Barn Manager Becky Wheeler agreed. “He’s a one in a million horse. You know we need a few more horses for our program, but we only want horses like him.”

“We have a waiting list a mile long,” Goldfine said — they could use more horses, staff and hours in the day. “There’s a huge need from the community. We’re getting people from all over the place.”

Now she audibly neighed when asked what he would sell for.