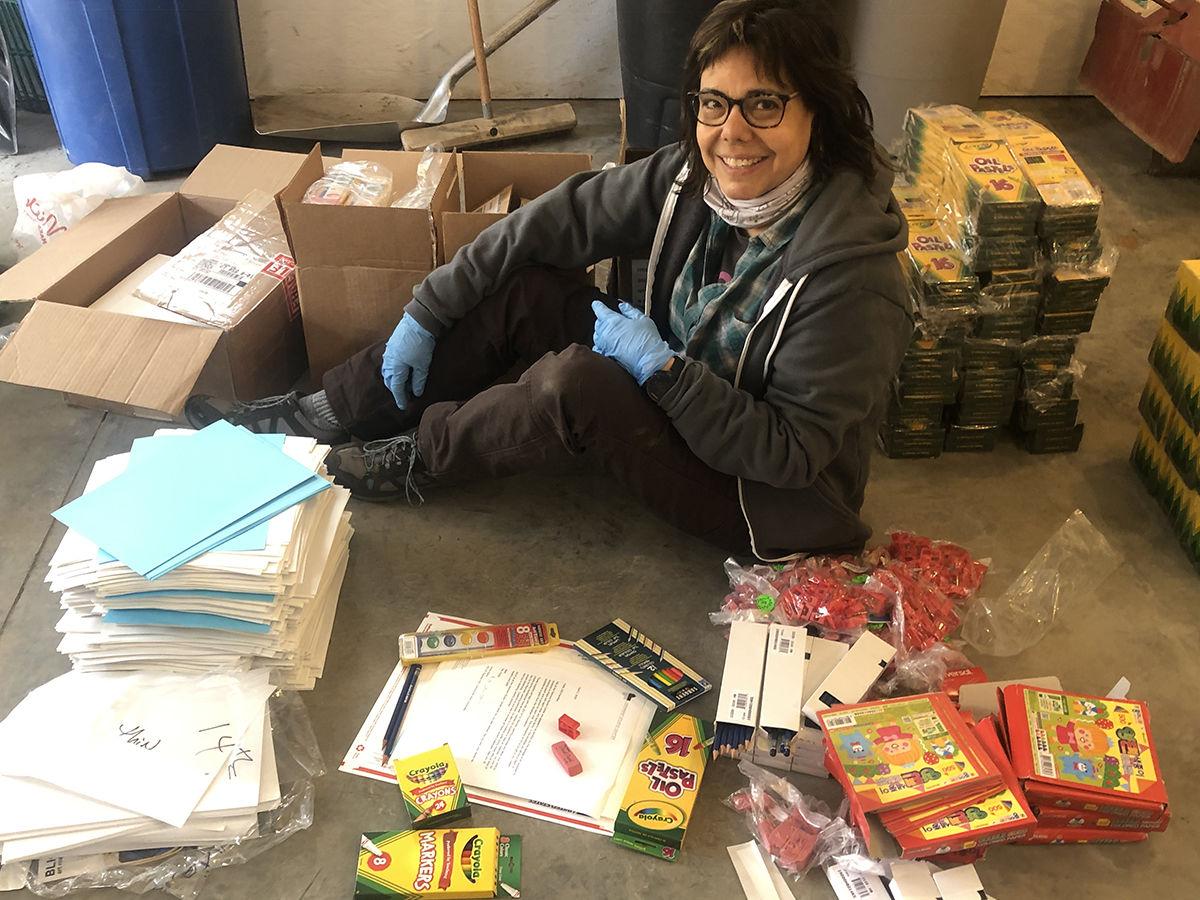 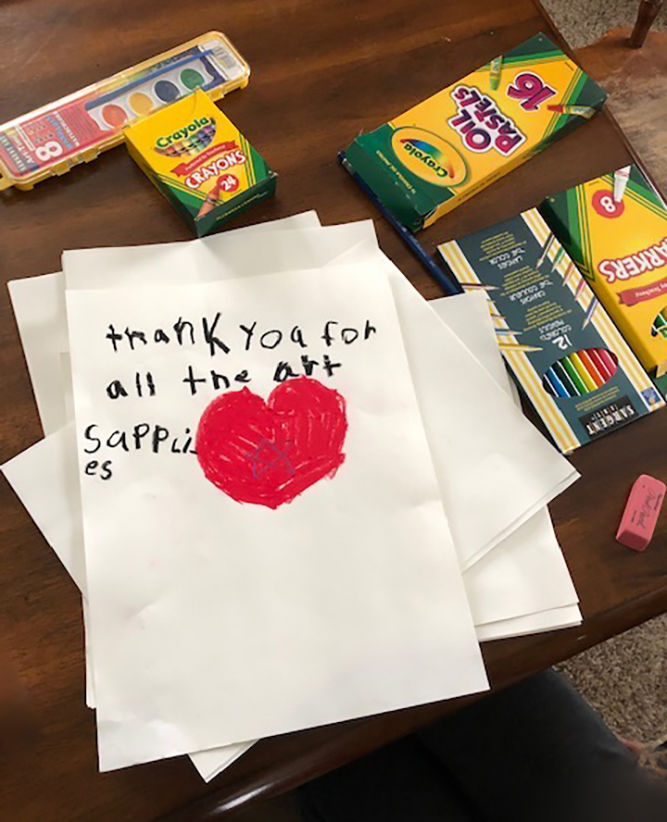 In this time of closed-up school buildings and online learning, a Johnson art teacher wanted to be sure students could still have the opportunity to make art.

Arista Alanis, community arts coordinator at Vermont Studio Center in Johnson, put together 172 emergency art kits that were sent to Johnson Elementary School families with a total of 223 students.

When Vermont public schools were closed by government order in mid-March, Alanis started thinking of ways to keep her students involved with art. Then, Ellen McCulloch-Lovell, the center’s interim executive director, told her about an organization that had created emergency drawing kits for students in New Orleans. She thought this approach might be right for students at Johnson Elementary, and she and Alanis brainstormed on how to put it together.

“When I found out we were going to remote learning, I rushed over to Johnson Elementary School and I returned all the kids’ sketchbooks so they could take them home while school was out,” Alanis said. “I thought, ‘I want to create art kits so I can get supplies home to the students.’” Alanis worked with Johnson Principal David Manning to coordinate sharing the emergency kits with students, getting addresses so the kits could be mailed, complying with Vermont Gov. Phil Scott’s “Stay safe, stay at home” order for the pandemic.

Janet Davis at Johnson Elementary helped out by getting the list of students, particularly those with siblings were on the list so Alanis could ship kits to families. Johnson postmaster Jane Draper helped to arrange and organize mailing the kits. Staff members from the studio center and the school helped with details.

“There was a lot of brainstorming and working things out,” Alanis said.

She ordered the items online — each kit had loose-leaf paper for drawing, a pencil and colored pencils, an eraser and sharpener, a watercolor set, an oil and pastel set, thin markers, a carton of 24 crayons, and more. She also included an origami pack provided by Sok Song, a previous school arts fellow at Vermont Studio Center who the Johnson Elementary students had called “the origami master.”

Because of Vermont’s stay-at-home order, Alanis could no longer use the studio center, so her neighbor Bill Perkins offered space in his heated garage so she could assemble the kits.

Alanis hand-signed all the cover letters and hand-wrote more than 70 mailing labels when printing on adhesive labels failed. Postage was important so families could receive the emergency kits directly at their homes or in post-office boxes, without making a trip to school — and Vermont Studio Center helped to pay for the postage, through the support of Ellen McCulloch-Lovell. Ellen also suggested using a grant from Vermont’s Windham Foundation — an organization with the goal of preserving and enhancing the social, economic and cultural vitality of rural Vermont — to cover the cost of supplies.

Alanis began assembling the kits and she timed herself — “I got pretty fast; I could do 30 kits in two hours!”

On Wednesday, April 8, Alanis dropped the first 50 emergency art kits at the post office. “I was able to get them all out by Thursday night,” she says.

As she was assembling the kits on the garage floor, “I was excited, and I knew the joy the students were going to experience” she said. I told Mr. Manning: ‘I am blessed to be a part of this community. I feel lucky and am thankful to be living in Johnson while working for a wonderful supportive organization, Vermont Studio Center, with the opportunity to teach the Johnson Elementary School children. I am so fortunate to be able to do this.’”

Alanis is now receiving thank-you notes from students and parents. “I’ll go on my walk through Johnson and I’ll hear, ‘Miss Arista, thank you for the art supplies!’”

As towns have moved their meetings to an online-only format, the local public access TV station has managed to follow them and rebroadcast the…