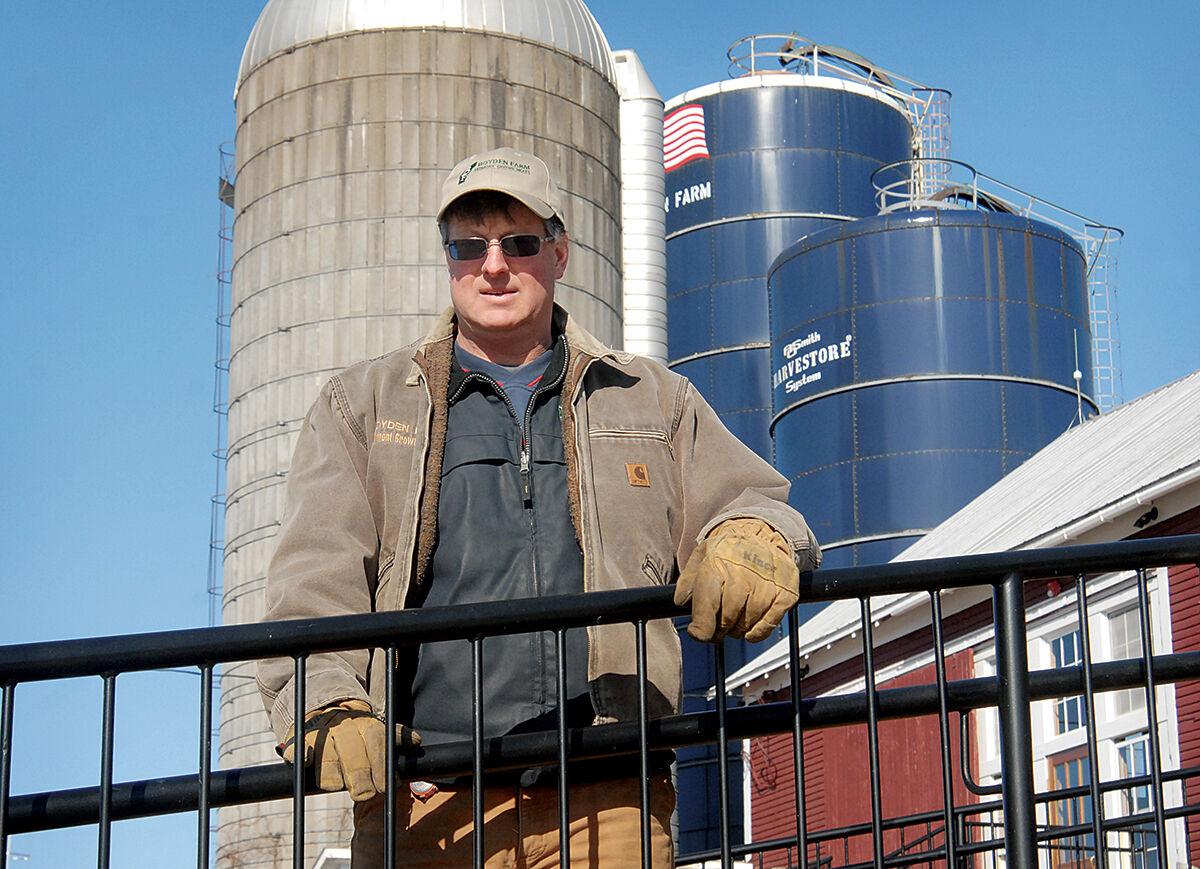 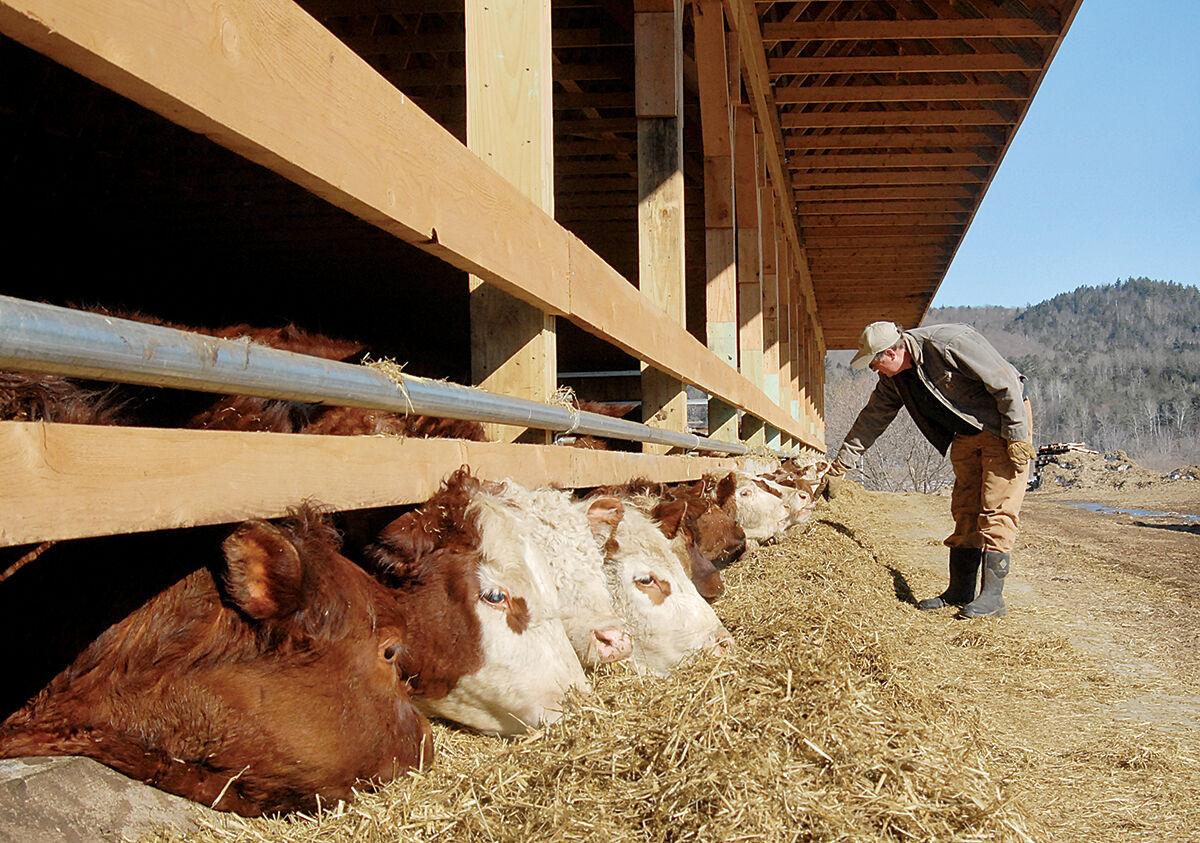 According to Mark Boyden, compared to the manure from beef cattle he was spreading on the field, septic waste has been processed to the point that it doesn’t produce any kind of odor and it’s more environmentally sustainable to reuse septic waste than spread cow manure.

According to Mark Boyden, compared to the manure from beef cattle he was spreading on the field, septic waste has been processed to the point that it doesn’t produce any kind of odor and it’s more environmentally sustainable to reuse septic waste than spread cow manure.

Despite vocal opposition from both town officials and citizens, the Vermont Department of Environmental Conservation approved a permit last week to let Working Dog Septic spread septic waste on a field next to the Lamoille River.

Though Mark Boyden, owner and operator of Boyden Farms where the field is located, understands his neighbors are upset, he’s asking them for open mindedness and doesn’t think the reaction is based on an honest consideration of the science behind spreading human septic waste as agricultural manure.

According to Boyden, compared to the manure from beef cattle he was spreading on the field, septic waste has been processed to the point that it doesn’t produce any kind of odor and it’s more environmentally sustainable to reuse septic waste than spread cow manure.

“I would invite people to see how it works,” Boyden said. “The bottom line is, what are the alternatives? Everybody gets their septic tank pumped and thinks it just magically goes away, but it doesn’t. We have a big problem in the state with sewage treatment plants, which, after they process the stuff, they get this concentrated sludge that goes to a landfill. That really doesn't make any sense.”

One of opponents’ main concerns surrounds the location of the Boyden farm field earmarked for the septic waste. The field is surrounded on three sides by the Lamoille River.

According to both the Department and Boyden, river flooding has been taken into account and according to them the risk for river contamination is low due to soil type, management practices and monitoring requirements.

“We’ve spent generations watching the river like a hawk because we always worried about floods,” Boyden said. Even before the state Agency of Agriculture came out with rules about manure handling, we were already watching this because we didn’t want to go spreading manure on the ground and in March or April have it wash it away.”

According to Boyden, septic waste is less of a risk than cow manure because it’s mostly liquid, which allows it to seep more quickly into the soil and not sit on top of the ground, reducing the risk of contaminating the river through flooding.

Both state officials and Boyden agree that the risk of contaminating the river with pharmaceutical residue present in human waste is minimal. The department said the scientific community has found no evidence of COVID-19 in the wastewater system, and a network of groundwater monitoring wells ensures routine testing for chemicals of concern.

Working Dog Septic did not respond to a request for comment, but Boyden said that going through with this project was predicated on his trust for the company and its owner, Lawrence Young Jr.

“He has an excellent rapport with the Agency of Natural Resources. He does things right and with documentation,” Boyden said. “He’s just someone I can work with. He is not a hack, which is very important. We run a very clean, neat operation.”

Thirty separate entities submitted concerns during the public comment period, ranging from the selectboards of the affected towns of Cambridge and Fairfax to residents of both towns to Boyden’s neighbors.

Charles Kilpatrick, a professor emeritus specializing in molecular ecology at the University of Vermont, and his wife Margaret are Boyden’s neighbors directly across the Lamoille River. Their lawyer, A.J. LaRosa of MSK Attorneys, submitted a letter requesting denial of the application last August, citing numerous concerns, some of which have been addressed by the department and Boyden.

“There simply must be better fields than low-lying flood-prone fields next to a river for the disposal of human waste,” LaRosa said, echoing many of the location concerns expressed by others.

“My clients are disappointed that the agency did not take the health and protection of the Lamoille River seriously. The permit as issued is designed to fail and alleviate the agency of any responsibility for the failure,” LaRosa said. “Multiple towns and abutting landowners feel the exact same way. This permit will result in the further pollution of the Lamoille River. Just look at the (pharmaceutical waste) problems that the state is having downstream of other dispersal sites.”

He said the Kilpatricks are reviewing options and will take appropriate action if necessary, most likely “an appeal as allowed by law.”

Bill Putnam, a Cambridge resident and Boyden neighbor, took exception to the proposal because he doesn’t believe septic waste spreading is an acceptable agricultural practice.

“The access road is a (right-of-way) granted to Boyden Farm,” Putnam said in his April email to the department. “I am the one that granted that access and can assure you that there is no intent included in granting that that would allow for this type of land application.”

He said the right-of-way was for an agricultural road, and “that allowing the definition of agricultural in this instance to include the spreading of raw domestic sewage is grossly stretching acceptable norms. This is certainly more clearly defined as commercial rather than agricultural.”

Justin Marsh, chair of the Cambridge Conservation Commission, called the permit approval “disappointing” and indicated that the commission would discuss the issue at their meeting last night.

Courtney Leitz, chair of the Cambridge Selectboard, said the board commented on the issue in 2020 and 2021 but will refrain from doing so at this time.

In response to the public’s general concerns, the department noted that they saw the permit approval as allowed within the environmental regulations presented in the Cambridge town plan, which was cited by Marsh in his letter of concern about the permit to the department.

An appeal period is currently open. Parties that originally submitted concerns to the Department of Environmental Conservation can further argue their concerns to the Vermont Superior Court through June 26.

Should Working Dog Septic be allowed to spread septic waste in a field near the Lamoille River?