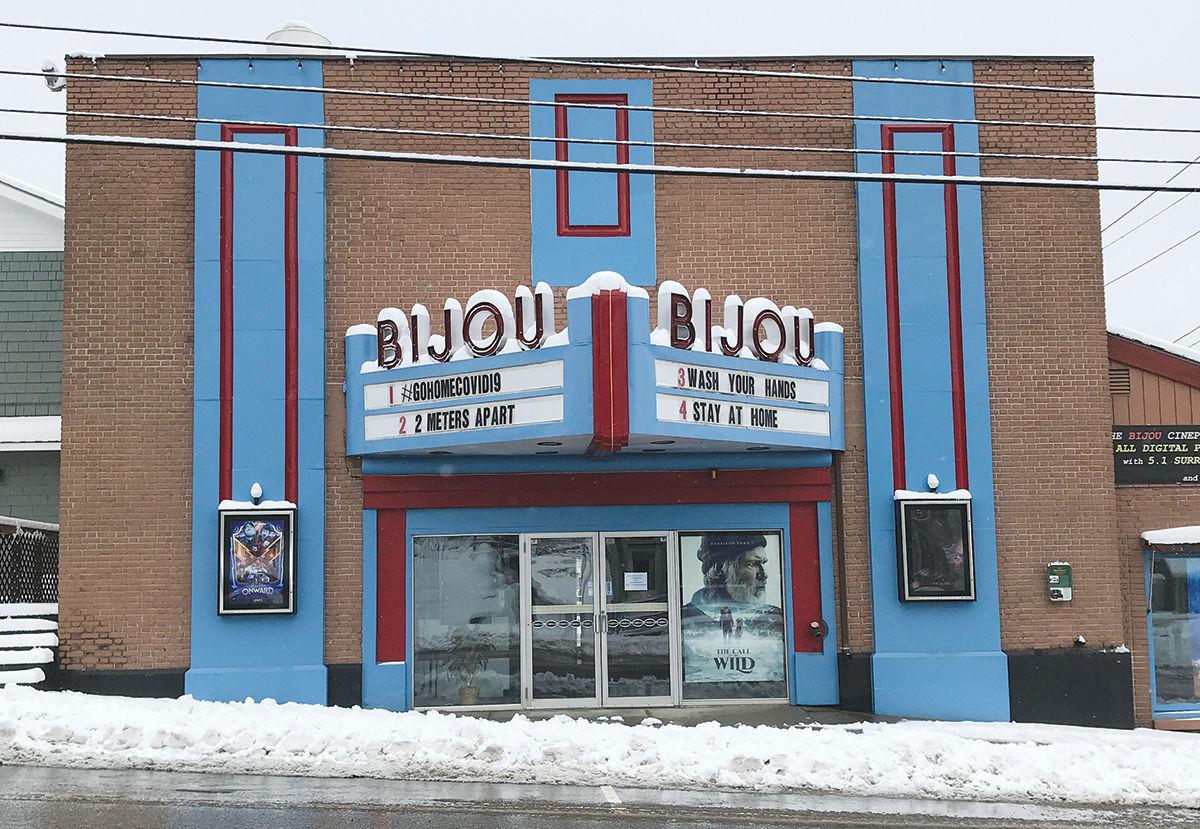 On the Bijou Theater marquee in Morrisville, the spaces where films are normally advertised have a different message this week: Do what you’re supposed to in the coronavirus crisis. 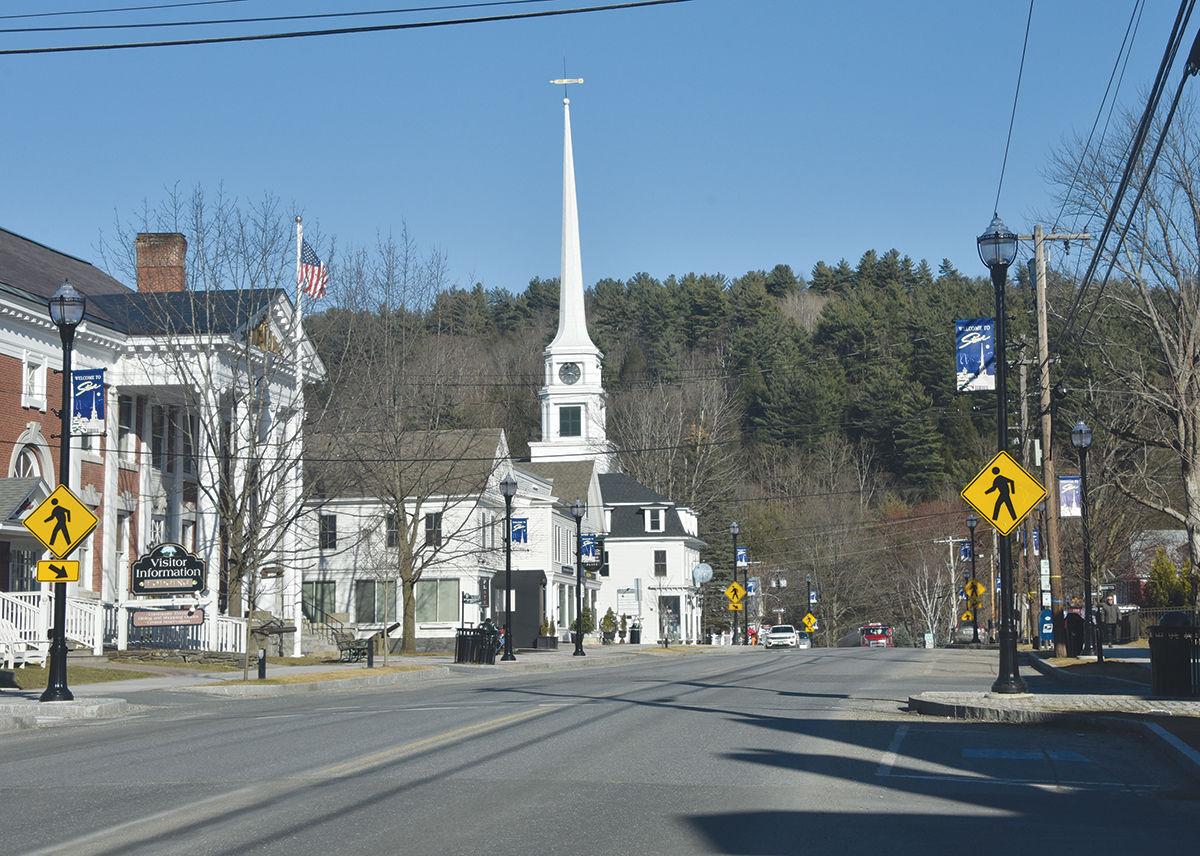 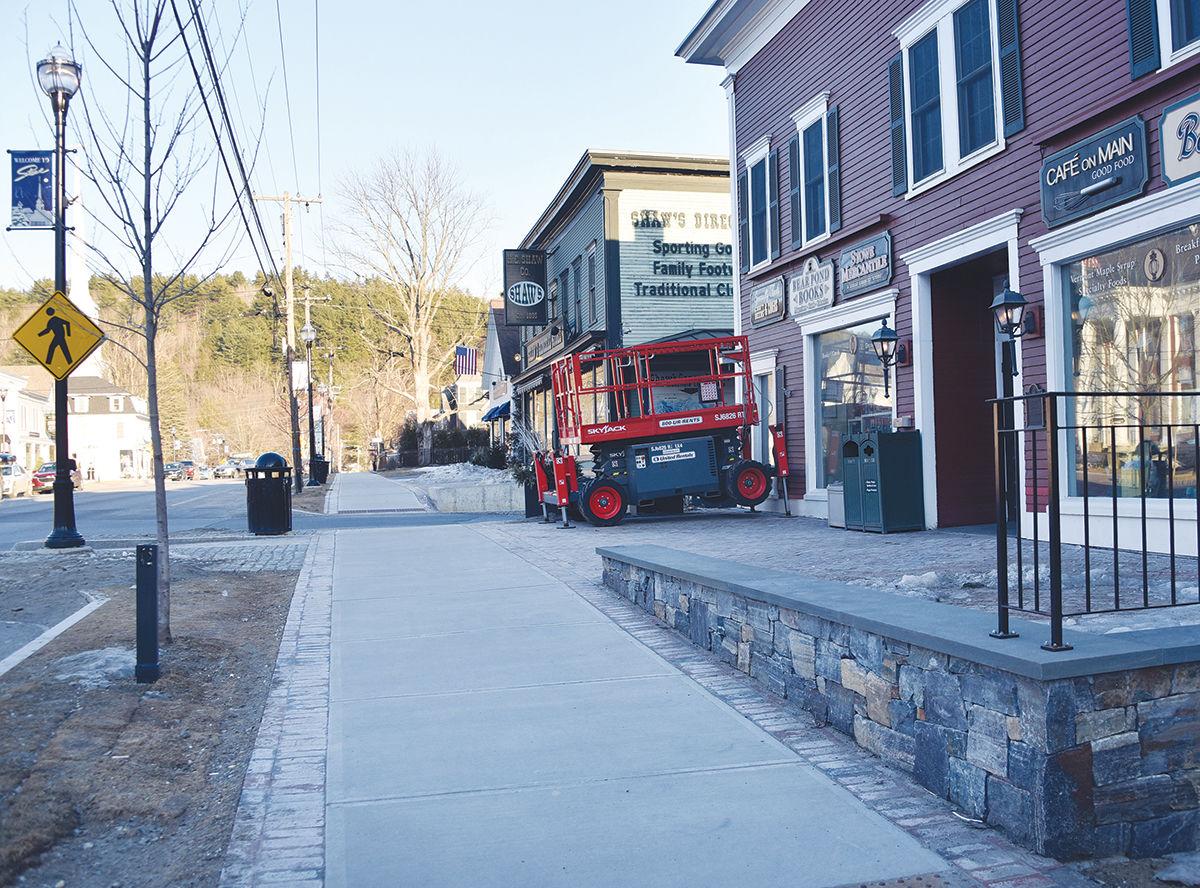 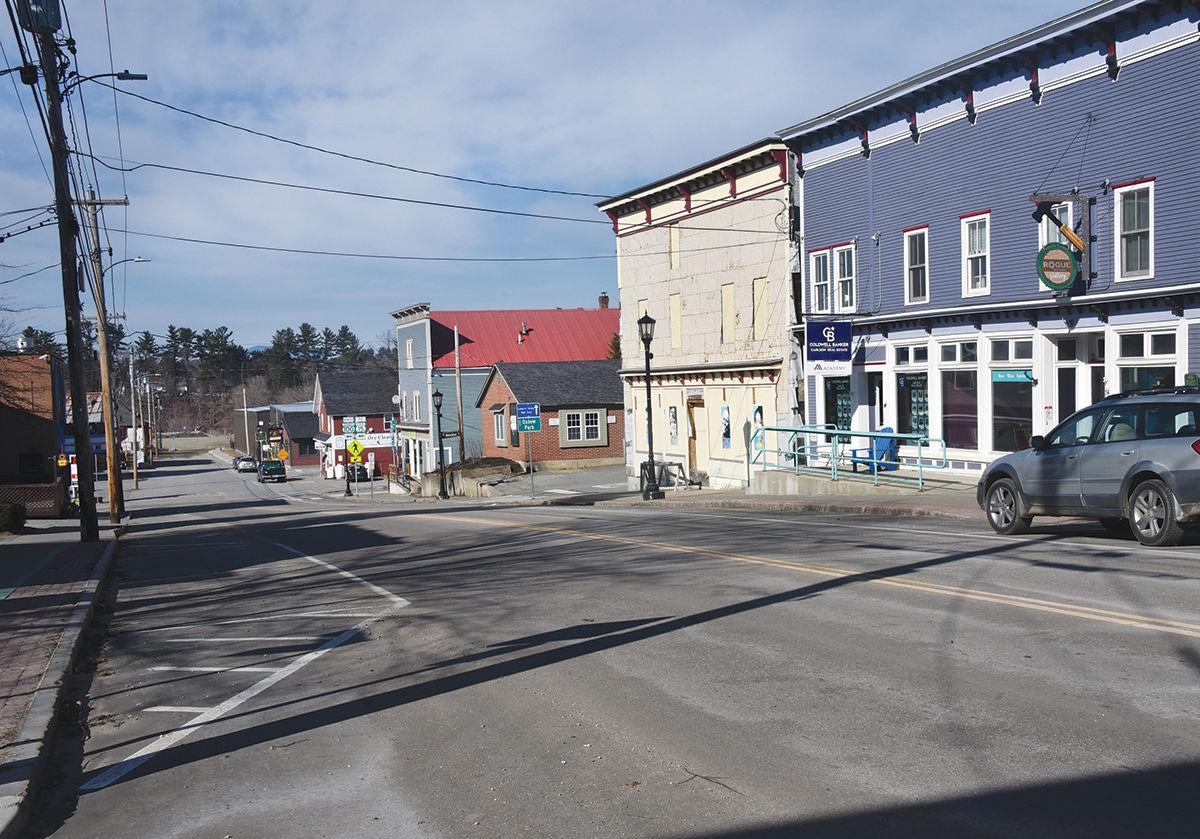 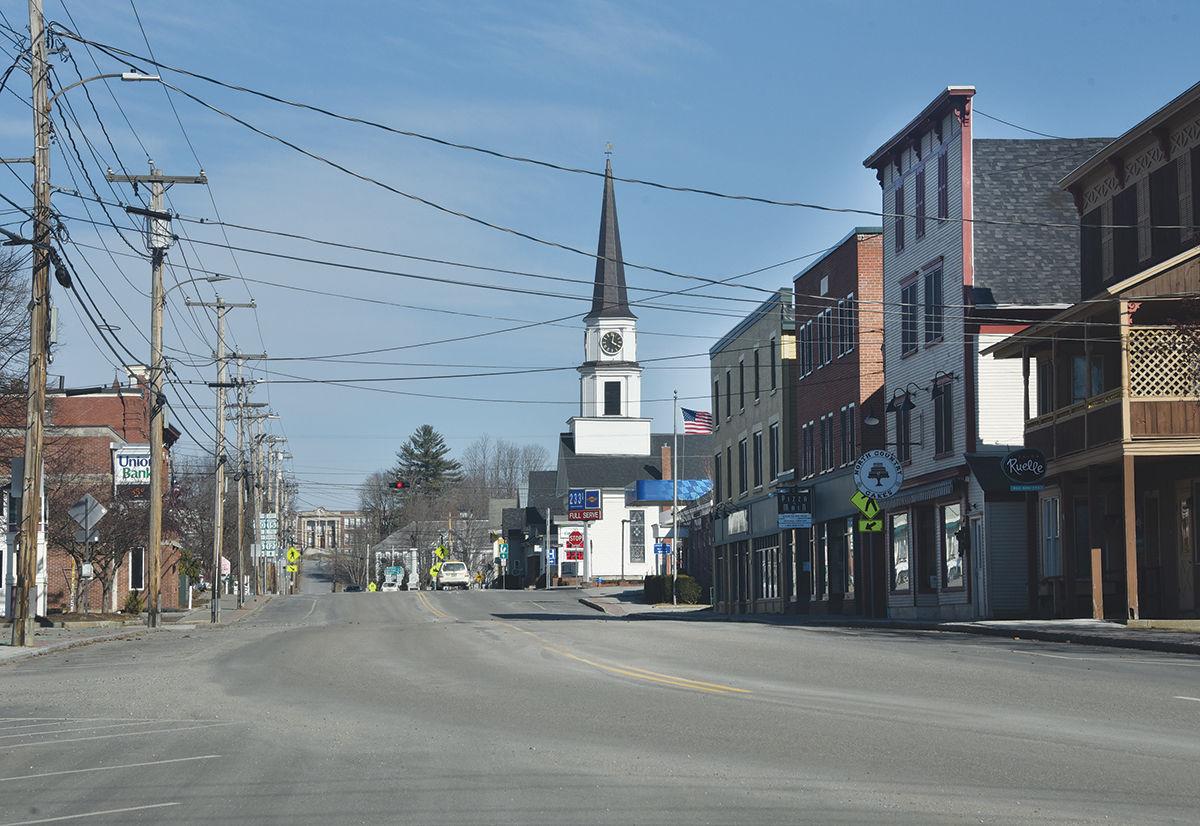 On the Bijou Theater marquee in Morrisville, the spaces where films are normally advertised have a different message this week: Do what you’re supposed to in the coronavirus crisis.

As the coronavirus spread in Vermont — cases had reached 123 at press time — the state continued to shut down to keep the virus from spreading.

As of Wednesday, eight Vermonters had died of COVID-19.

First, Manufacturing Solutions Inc. in Morrisville was forced to shut its doors until further notice. MSI, one of the area’s largest employers, had already been touched by COVID-19, with an employee’s spouse testing positive.

On Tuesday, Gov. Phil Scott ordered Vermonters to “stay home” and “stay safe” to slow the outbreak of the coronavirus in Vermont.

“The governor’s order directs Vermonters to stay at home, leaving only for essential reasons, critical to health and safety,” the Scott administration said in a statement.

In addition, “all businesses and not-for-profit entities not expressly exempted in the order must suspend all in-person business operations. Operations that can be conducted online or by phone, or sales that can be facilitated with curbside pickup or delivery only, can continue.”

Our newspapers normally publish a robust calendar, but not this week — everything’s canceled or postponed.

As traffic vanishes, as people hunker down in their homes, as the economy sinks as fast as the virus rises, businesses are struggling to figure out how long they can last in these circumstances. And, as the virus shows up in workplaces, the economic picture becomes more bleak.

In our communities, the virus story is being told in small chapters, inside homes and hospitals and stores and offices. Here are a couple of those stories.

The spouse of an employee at one of the area’s largest employers, Manufacturing Solutions Inc. in Morrisville, has tested positive for COVID-19, the disease caused by coronavirus. This news came just a couple of days before Scott’s order, which shut down MSI until further notice. On Wednesday, MSI’s founder and CEO Garrett Hirchak said that, although the order exempts “critical manufacturing,” he believes that doesn’t apply to MSI.

“As of right now, we’re working toward an orderly close at 5 p.m.,” Hirchak said Wednesday morning. He added that, with declining demand as the country clamps down, “Everybody’s in the same boat.”

Hirchak said both the employee and spouse are under quarantine. Hirchak said employees arriving to work at the manufacturing plant Monday morning were greeted outside the building, told of the situation, and were given the option of working or going home.

He said those who decided to work were given extra money, but those who preferred to stay home would still be paid for their time worked.

“We met people at the door in the morning, let them know and gave them the choice to not even come into the building,” Hirchak said. “There is no penalty for people who don’t want to come to work.”

Hirchak said MSI has an average workforce of 250 employees, and some are working from home. But a manufacturing facility relies heavily on people there on the floor, building things.

“As staff diminishes, it’s getting easier to practice social distancing,” he said before Scott’s order.

News on coronavirus seems to move as fast as the virus itself.

On Tuesday around noon, Hirchak said he’d been following the rapidly increasing clampdown on businesses and said the information flow from the federal Centers for Disease Control and from Gov. Phil Scott “has been pretty good.”

“You try to have information so you can feel good about the choices you are making,” he said. “It’s kind of hard to know what the right thing to do is.”

He added, “Managing the fear is the tough part.”

Five hours after that interview with Hirchak, the governor issued an executive order to shut down most businesses and nonprofits in the state, save for those are “deemed critical to public health and safety, as well as economic and national security.”

Rumors about the COVID-19 connection to Manufacturing Solutions also moved fast, and Hirchak said there were a lot of negative social media posts and emails.

“I find the tendency is people shoot first and ask questions later,” he said of the criticism.

The criminal justice system has slowed to a crawl, as new restrictions adopted during the coronavirus crisis will push most court cases back weeks or months.

Last Friday, often a busy day at Lamoille County Superior Court — especially with the family court docket — the courthouse in Hyde Park was all but silent.

That’s the day the newspaper usually gathers information for the weekly court report. This time, a sheriff’s deputy opened the door, spoke to the skeleton crew of court clerks through her walkie-talkie. No cases, she said, you’re the first who’s been here today. It was 12:30 p.m.

The court clerks are on a rotational work schedule, and so is the state’s attorney’s office. Police officers are having trouble knowing how far out to cite offenders for their day in court.

Malloy said people accused of violent crimes, or those who need to be jailed, will go before the judge. But, otherwise, crimes ranging from DUI to retail theft, court hearings and “tons and tons of arraignments” are going to be pushed back at least through late April, Malloy said.

Lamoille County: Shutdown kicks in to battle the virus

Life as we know it changed dramatically this week, as Vermont and the world try to keep the COVID-19 coronavirus from decimating the population.