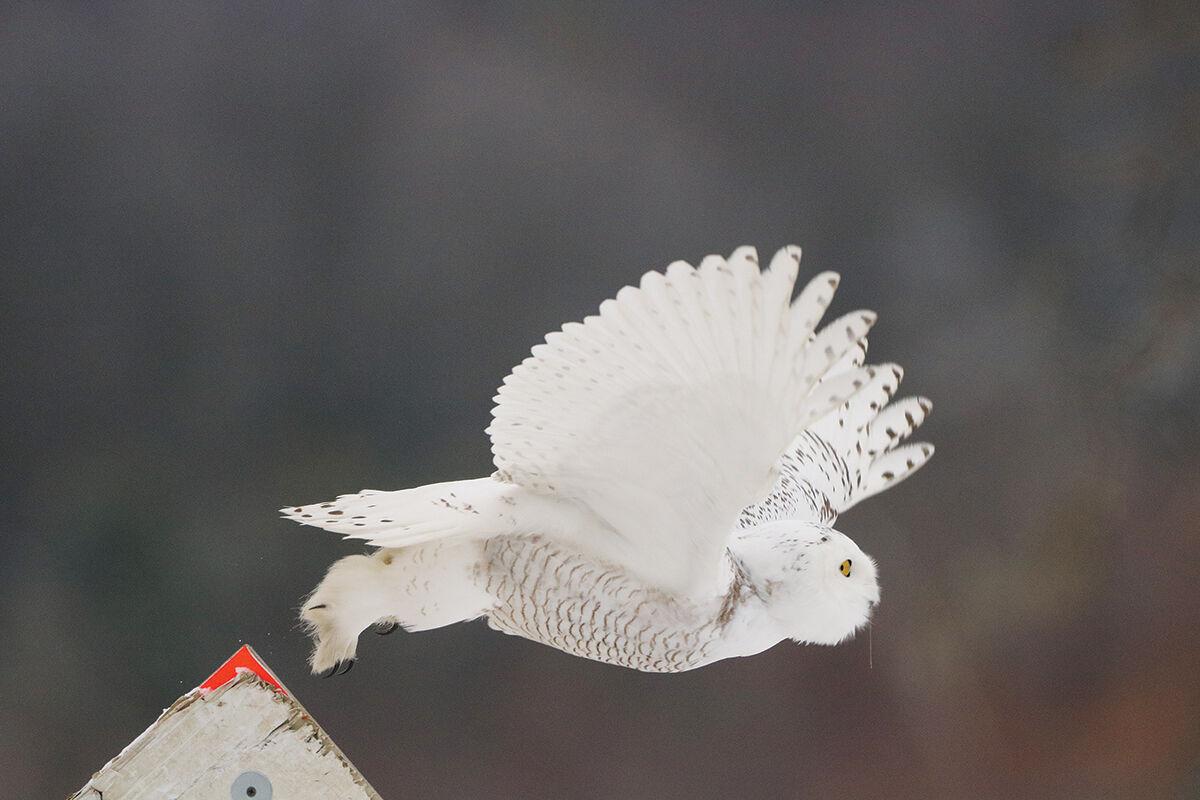 One of Alan Ouellette’s great shots of the snowy owl that’s been hanging out at the Ryder Brook Golf Club in Morristown. 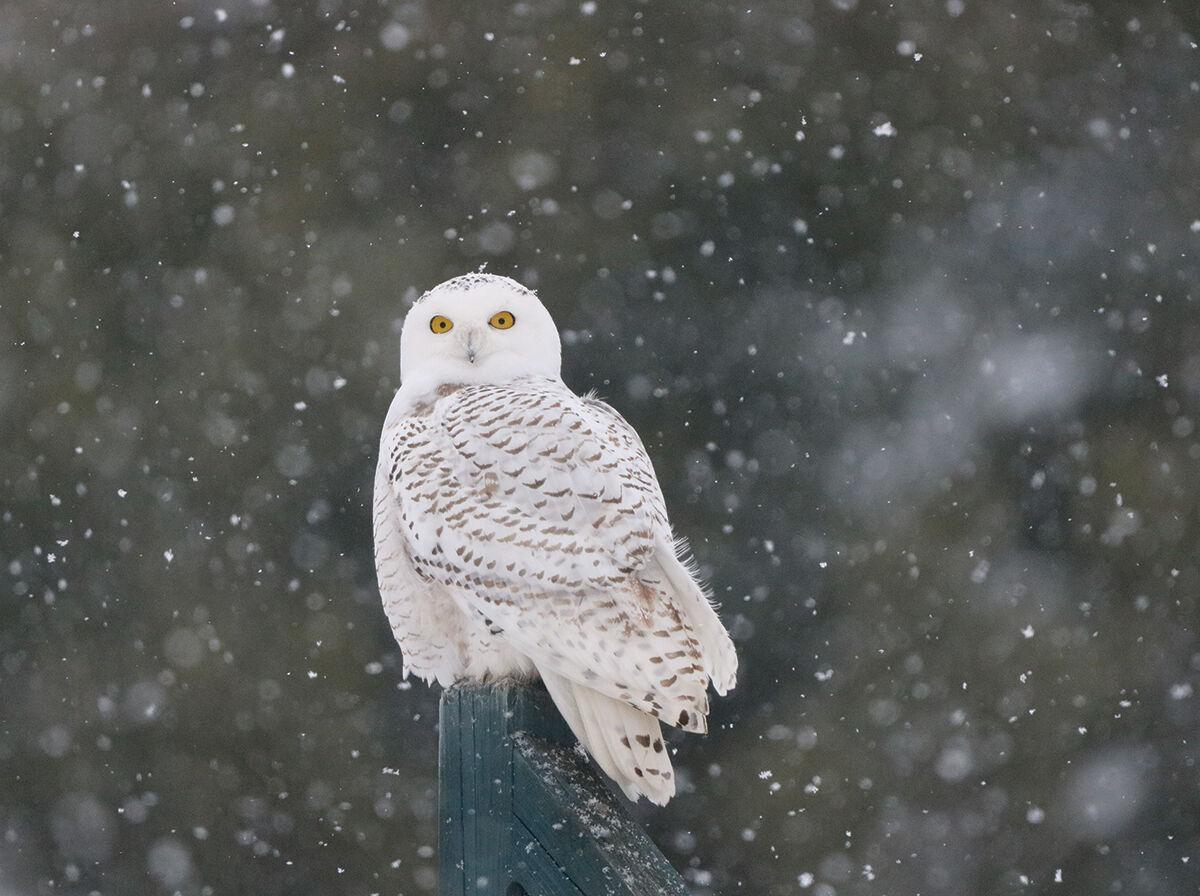 Alan Ouellette captures the snowy owl in Morristown at rest. 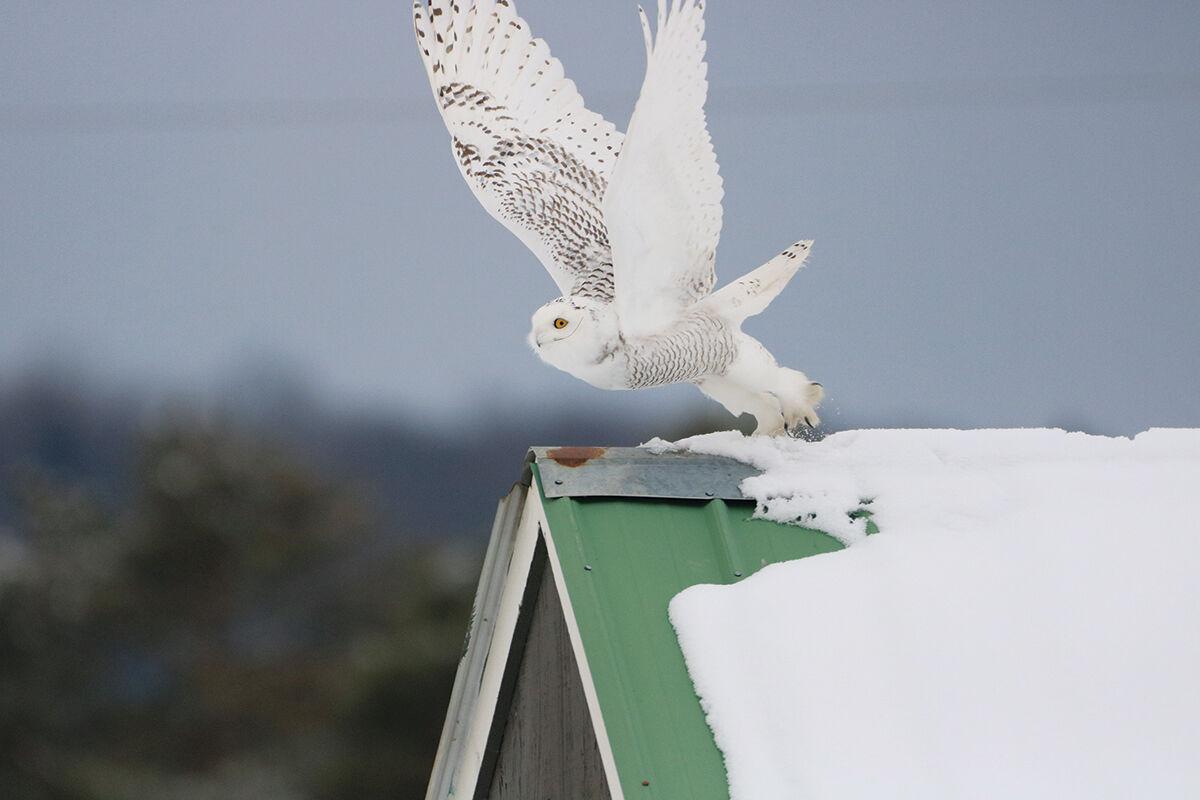 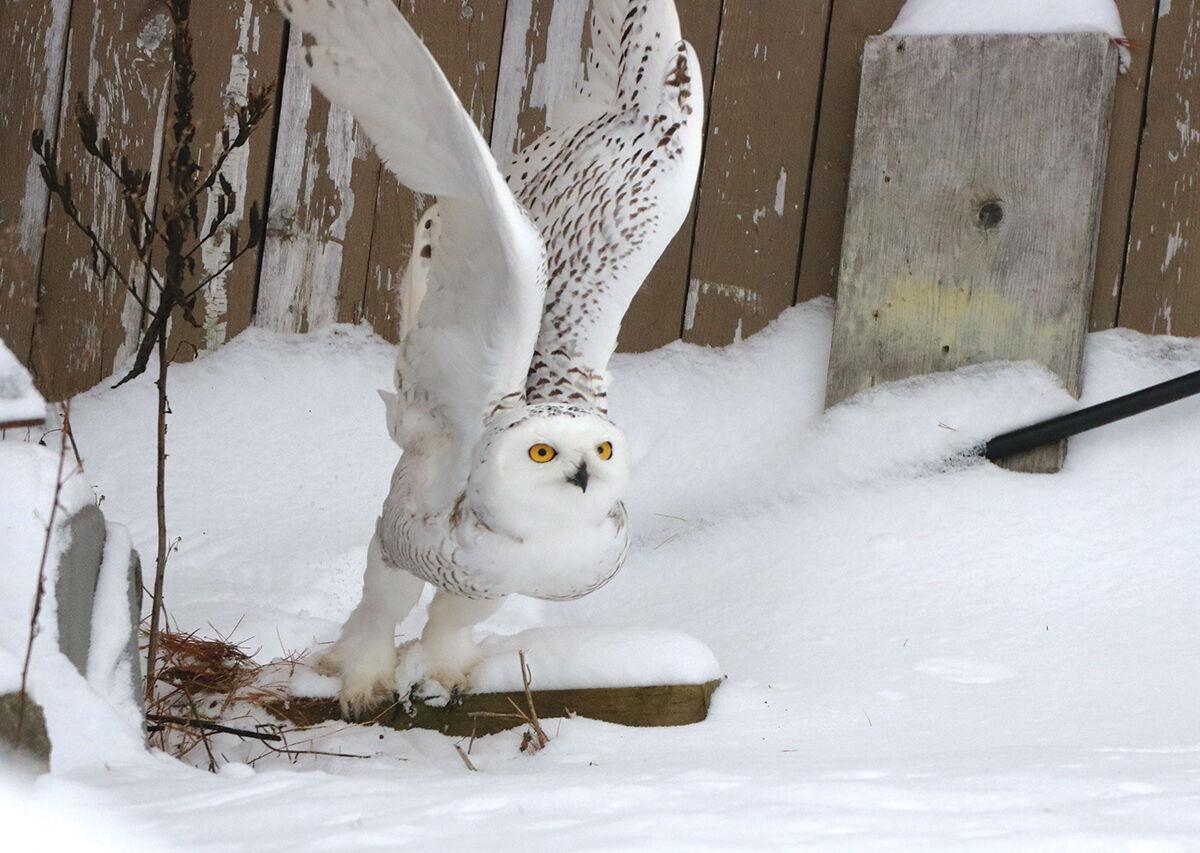 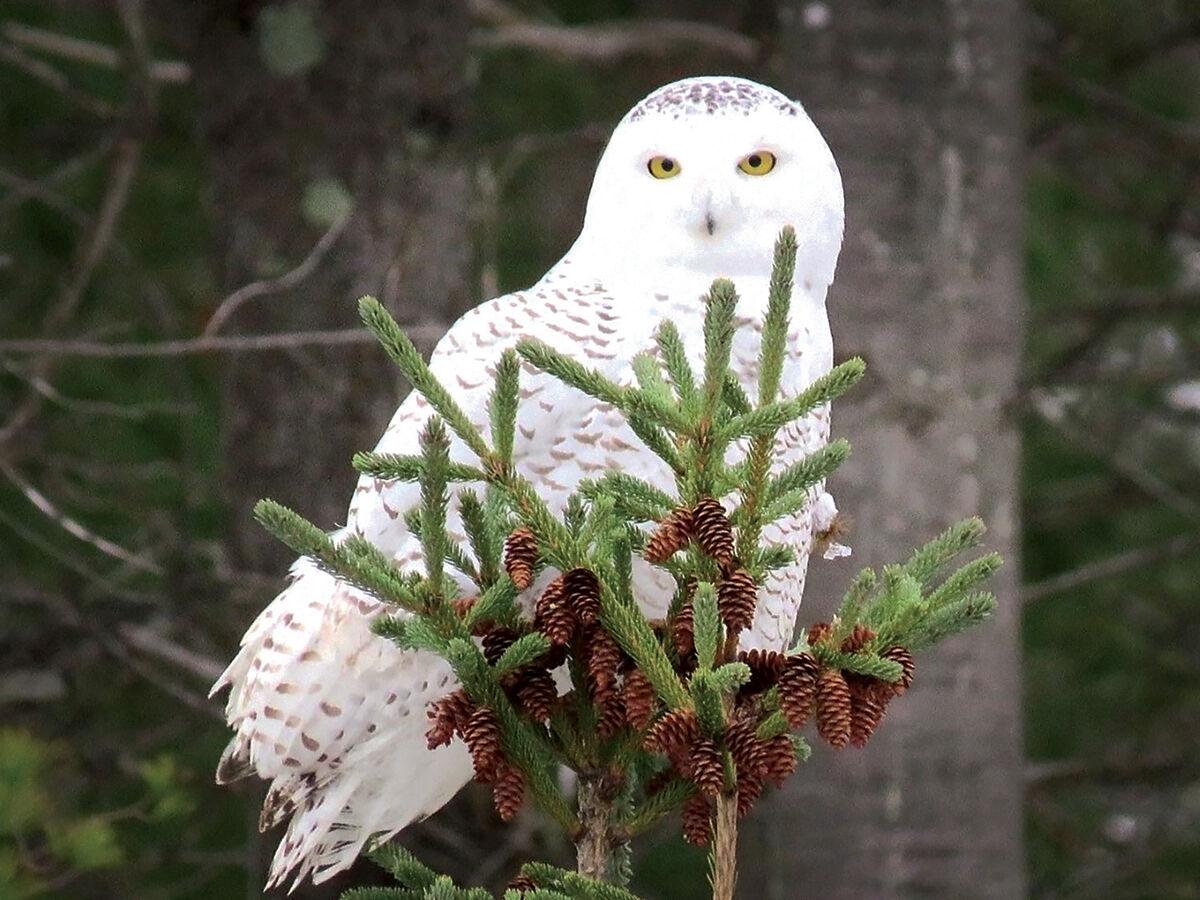 Getting up close and personal with a new feathered friend. 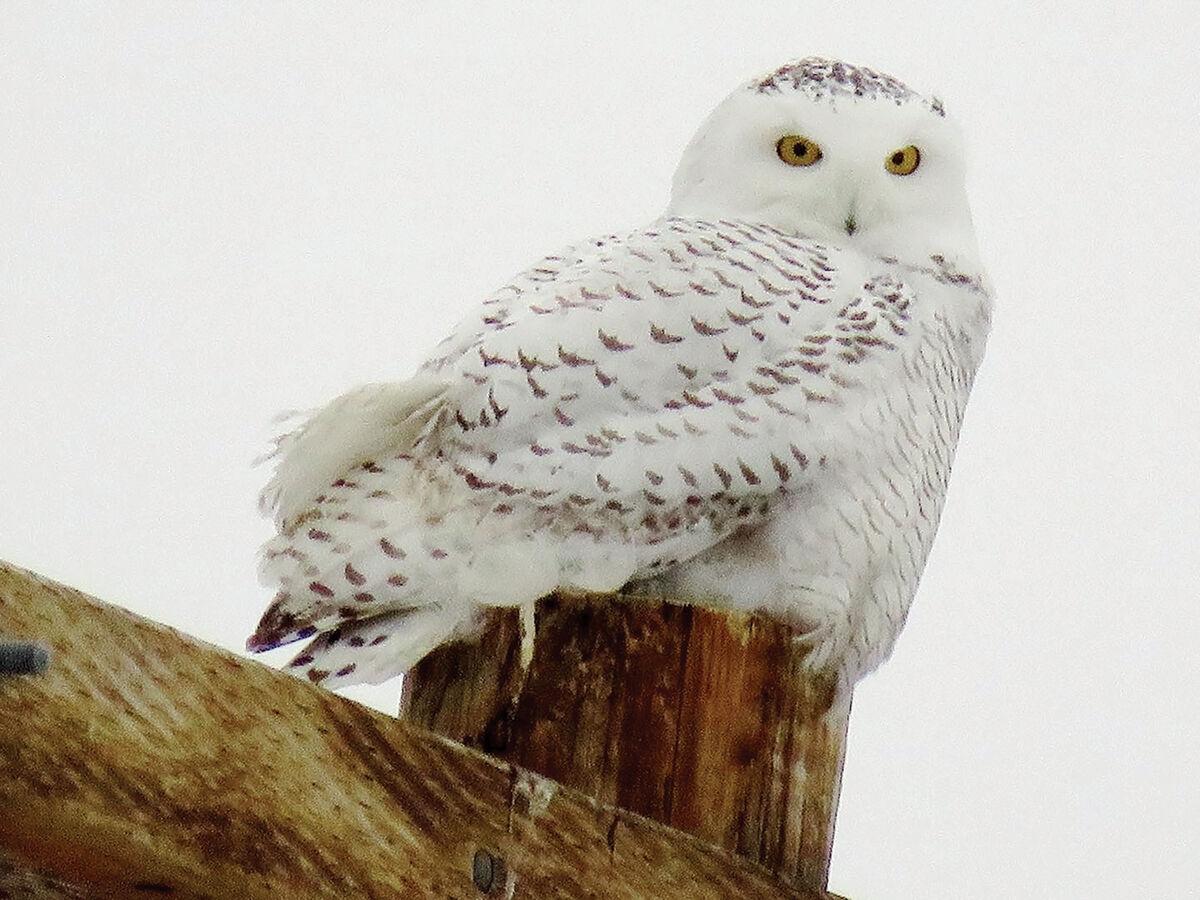 One of Alan Ouellette’s great shots of the snowy owl that’s been hanging out at the Ryder Brook Golf Club in Morristown.

Alan Ouellette captures the snowy owl in Morristown at rest.

Getting up close and personal with a new feathered friend.

Snowy owls in Morristown and Shelburne have humans turning their heads. The normally nocturnal birds are having their time in the limelight, especially the one in Shelburne, which has become something of a social media celebrity.

“That owl is the talk of the town,” Burlington resident Caley Gervais said of the Shelburne owl, which has made itself at home at Rice Lumber on Shelburne Road.

Gervais had seen enough photos of the bird making its way through the social media sphere she just had to go see it for herself. She went on Sunday around 2 p.m., heeding the lumber-yard owners’ entreaties to wait until the weekend, when they were closed.

She saw it from a distance, looking like little more than “a big white blob.” Then it took flight, gliding across an expanse and landing in a tree. Its wings were astonishing, spread so far out it was almost as if it was preening for its grounded group of gawkers.

“It was one of the coolest experiences of my life.”

“It was one of the coolest experiences of my life,” she said. “I’d never seen something so beautiful just out there in the wild.”

Gervais said it was a throat-grabbing moment, everyone standing in awe, experiencing what they were seeing in their own silent way. There weren’t many people there when she got there Sunday but, when she left, cars were starting to line up along the side of the road so people could get a glimpse of the bird.

The Morristown owl is far from idle during the day, said Alan Ouellette, who lives on Stagecoach Road in Stowe and, like many other people driving along Route 100, has seen the bird at nearby Ryder Brook Golf Club and — well, he’s not saying where else. He got a new 600mm lens for his camera this fall, and has been spending a lot of time with it and the owl.

Ouellette said the owl likes to sit up high, on utility pole or a tree, and it scans the area for prey. When it sees something of interest, its head makes a movement that Ouellette has recognized as the moment before flight. He hasn’t seen it actually catch dinner yet, although he knows “it’s a bumper crop of mice” this year.

“It’s very good at grabbing clumps of dirt and pine needles,” he said.

Doug Morin, a wildlife biologist and bird expert with the Department of Fish and Wildlife, encourages people, by all means, to grab a glimpse of the bird. But do so with care. He suggests viewing from your car, which acts sort of like a bird blind, and staying “multiple hundreds of feet” from the animals.

“You’re more likely to hear an owl calling in the woods than you are to see one, so we’re lucky to get these sightings,” Morin said.

Snowy owls are still primarily nocturnal, though, and Morin said it’s best to give them a wide berth, while taking in their beauty.

“Sometimes you just get to see it sit on a fence post for six hours,” he said. “If that bird wants to sit there all day and sleep and then go hunting at night, let it sleep and go hunt at night.”

Eric Hanson of the Vermont Center for Eco-studies, best known as a loon rescuer who lives in Craftsbury, said male snowy owls are whiter than the females, and the adult males are sometimes almost completely white. What’s really mesmerizing about them, though, is their yellow eyes.

“If you get into a staring contest with one, it can hit you in your soul,” Hanson said.

Gervais is somewhat concerned about human encroachment on the owl, especially with all the people lining up for a peek. She worries that it somehow got lost or something.

“I’m a little worried about how it ended up here, and where it came from and where it’s supposed to be,” Gervais said.

Not to worry, Morin said. He said the snowy owl’s origins are far north. They are native to the Arctic regions of North America, breeding in the tundra and migrating south during the winter — southern Canada, that is; they don’t come to New England as regularly.

“It’s not uncommon, but it is unpredictable, how many snowies we see here,” Morin said.

It isn’t on any endangered species list, since it is a fairly common bird in the northern hemisphere, with a “circumpolar distribution,” which means they are spread widely across the northern reaches of North America, into Greenland, Norway and Russia,

Hanson said some of his first bird rescues were owls, including a snowy that was hanging out in a barn with some cows trying to wait out a negative 25-degree night.

He said snowy owls tend to be fairly unfamiliar with humans — “They come from places where people aren’t even there,” he said — and it could get bad if people get one riled up enough that it attracts the ill will of other birds of prey, like ravens or eagles.

Morin said sometimes the owls just want to feed and survive, and shouldn’t be disturbed.

“This bird just flew a couple thousands of miles and landed somewhere it doesn’t know where it is and it’s trying to get through the winter by eating mice,” Morin said. “If it’s reacting to your presence, you’re too close.