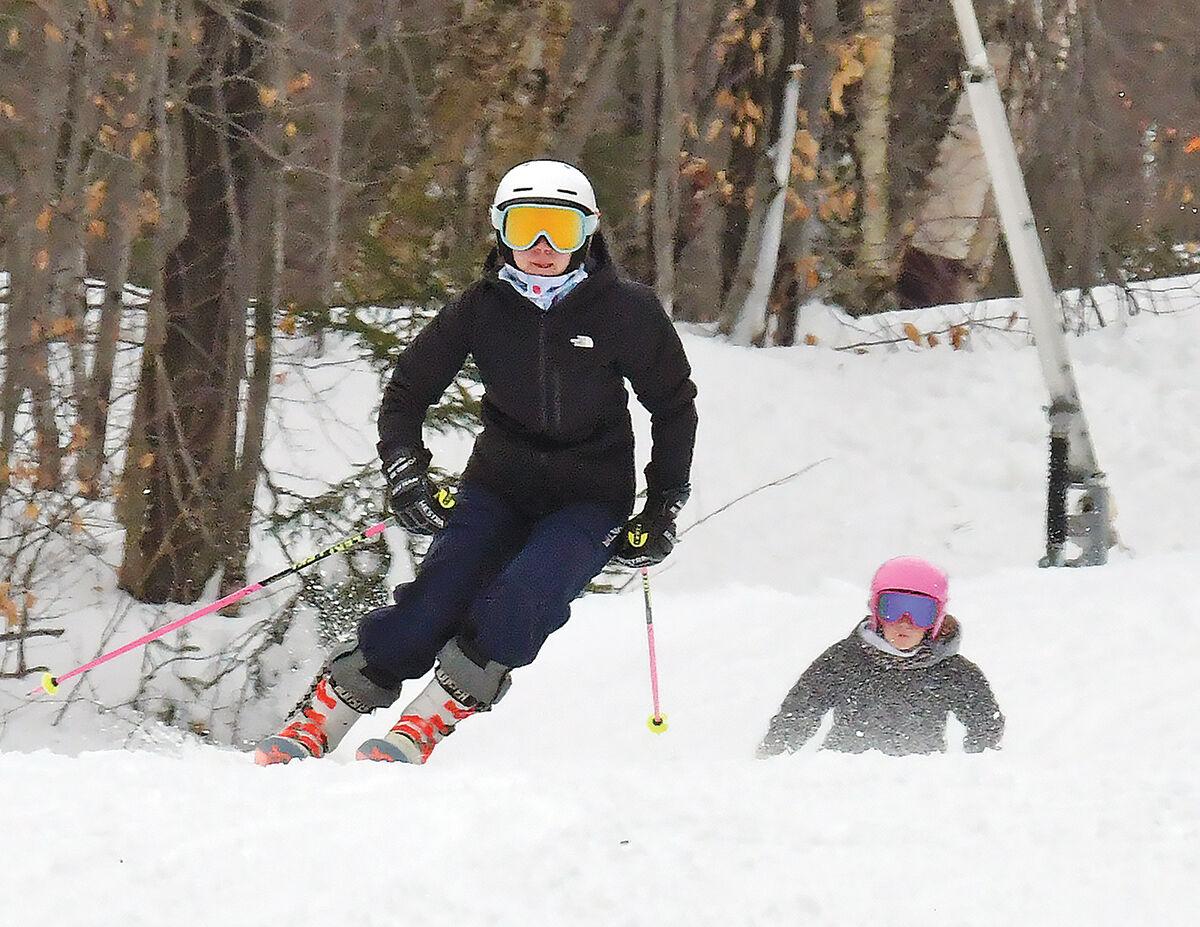 Ski areas, including Smuggs, await the first big dump of the year, but that didn’t slow two season-pass holders from enjoying a run on opening day last Thursday. 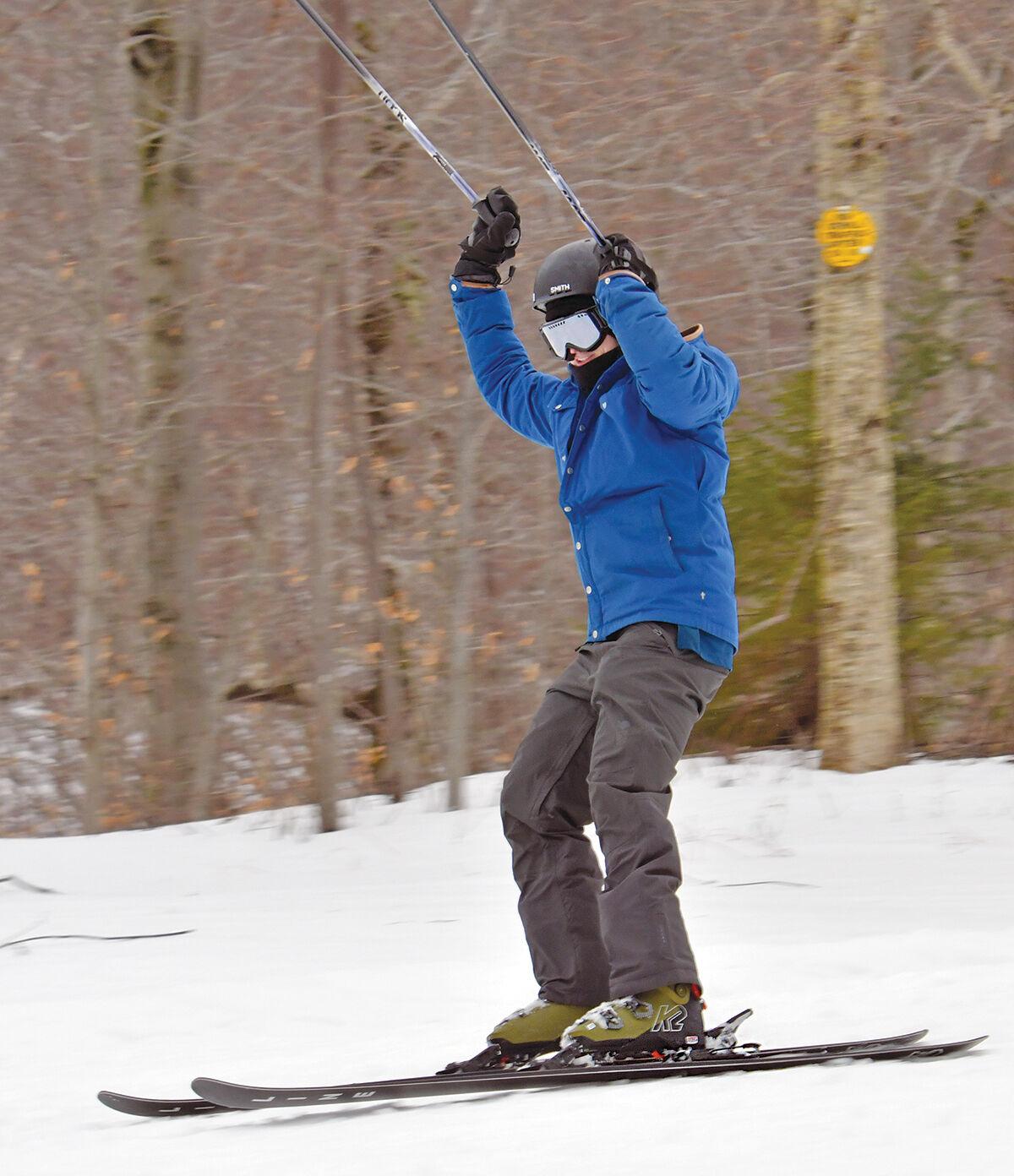 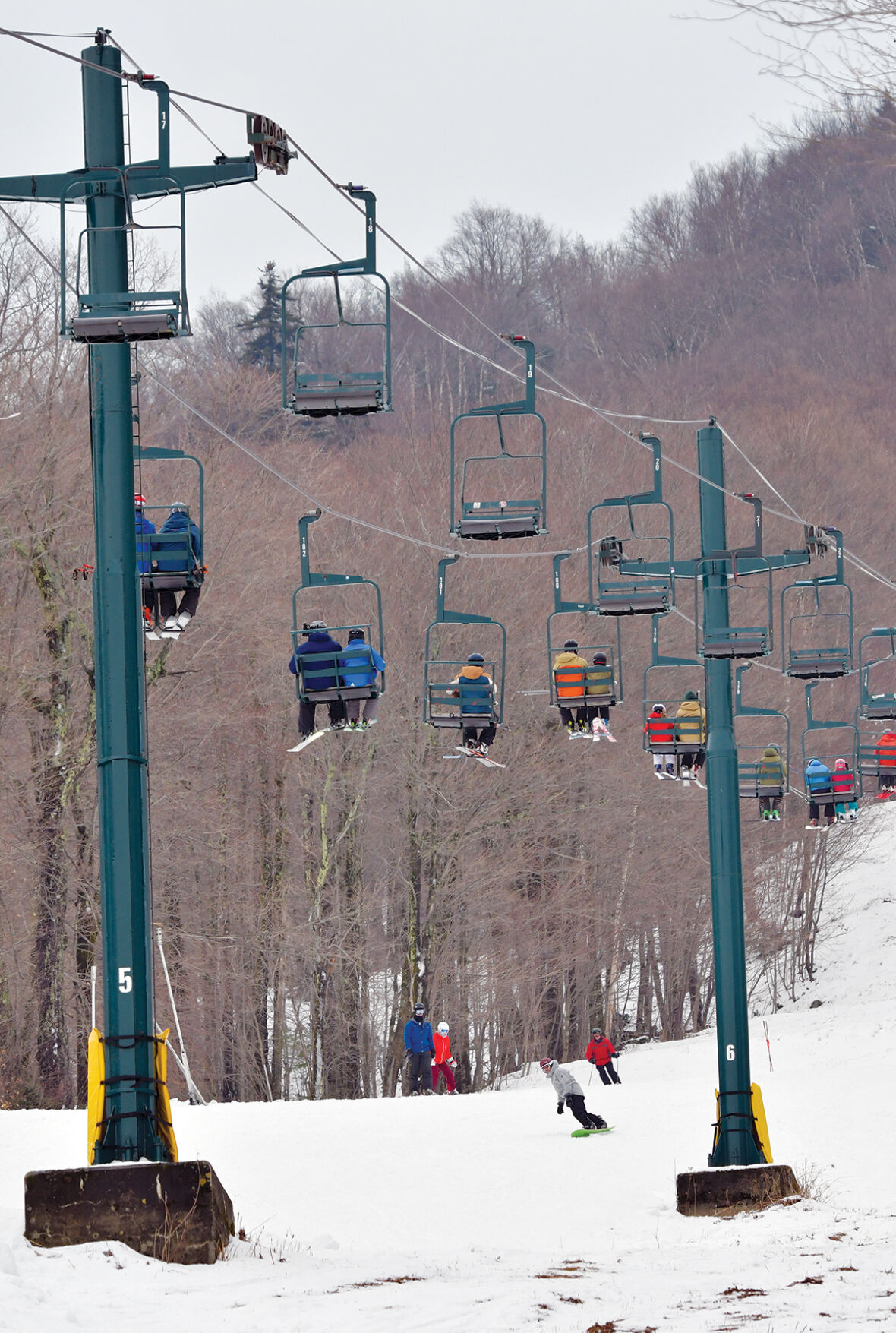 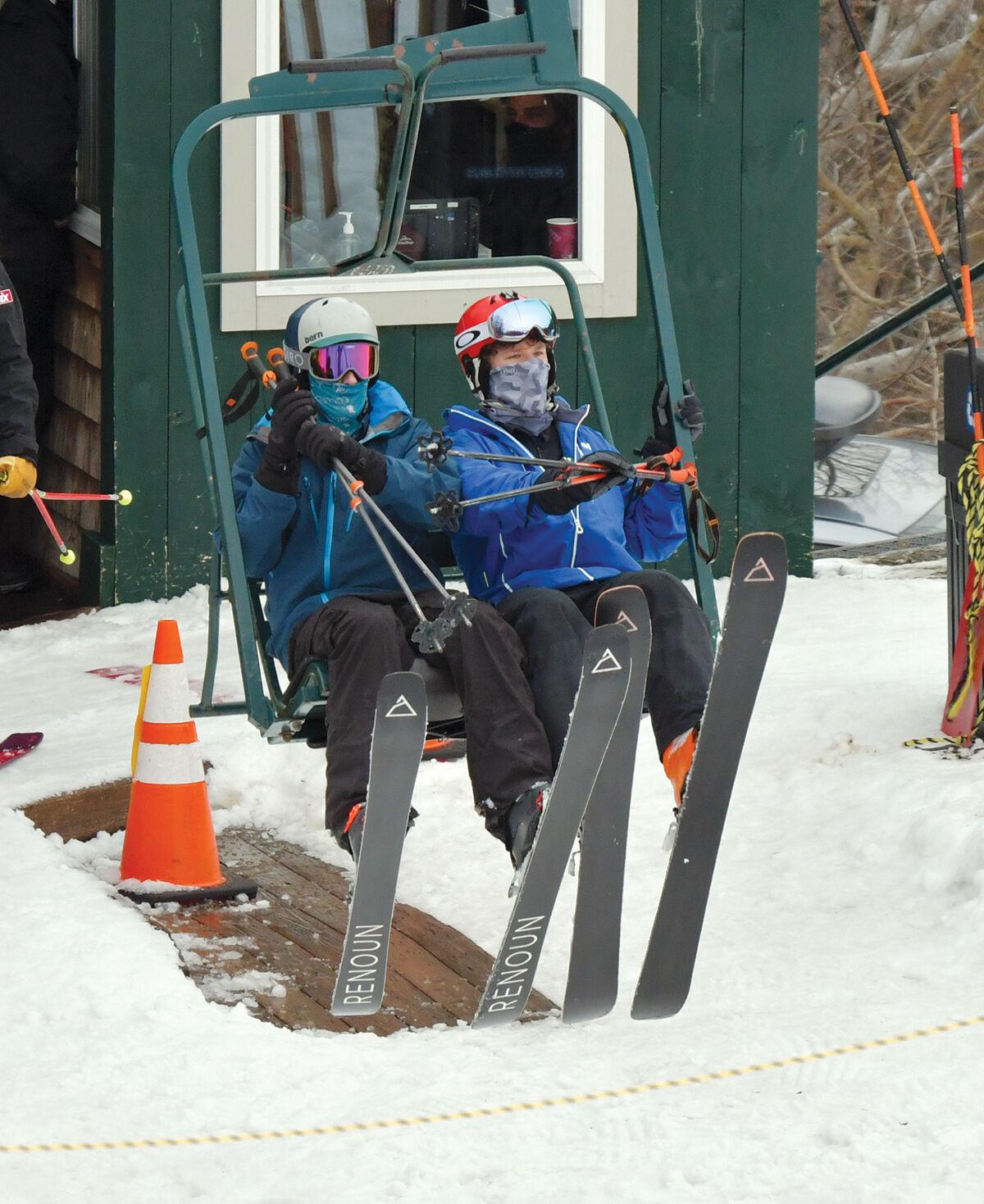 Ski areas, including Smuggs, await the first big dump of the year, but that didn’t slow two season-pass holders from enjoying a run on opening day last Thursday.

With the opening of the Smugglers’ Notch Resort in Cambridge, ski season is fully launched in Lamoille County.

Stowe opened the day before Thanksgiving.

Lifts at Smuggs began running Thursday, Dec. 10, as skiers and boarders took their first turns of the season.

Warmer-than-usual November weather and a lack of snow led both resorts, and most others a-cross the state, to push back their openings for days or even weeks. Smugglers’ Notch was scheduled to open Friday, Nov. 27.

“We had been on track for at least one way down,” said Mike Chait, public relations director at the mountain. But a storm that dropped several inches of rain and brought warm winds canceled those plans and put the resort into a holding pattern until last week.

There was finally enough snow at Smuggs to get rolling last Thursday, with four trails open, but “we’re still working with limited terrain,” Chait said the next day.

That opening, and the following weekend, were for season-pass holders only. The resort opened for others, including day-pass users, Monday, Dec. 14.

Both openers went off without a hitch, Chait said, with a good, steady crowd that didn’t overtax new systems and COVID-19 protocols the resort put in place.

“We had positive feedback,” from the season pass holders, Chait said. While the resort opening for other users Monday wasn’t ideal — “I don’t expect we broke any records,” Chait said — there was still a good crowd.

Chait said that Smuggs’ snowmakers looked to capitalize on this week’s cold snap — it was in the teens Tuesday morning — to get snow guns cranking to open up more trails and terrain.

“We’re really looking forward to that extended period of colder temps,” Chait said. He wasn’t sure just what terrain might open up but said the resort would put a priority on more beginner terrain.

Smuggs, like all Vermont mountains, has had to put new protocols in place to keep everyone safe and slow the spread of COVID-19.

“We’ve been getting good feedback,” on the signs the resort has put up and all the other procedures that are now “the new normal,” Chait said.

The staggered opening allowed resort staff to ease to the new protocols.

“With everything going on with the pandemic we’re not in a hurry to be jam-packing lines full of people.”

“With everything going on with the pandemic we’re not in a hurry to be jam-packing lines full of people,” Chait said.

Smuggs isn’t requiring skiers and snowboarders to reserve time on the mountain, like some ski mountains, because the mountain’s lifts and volume typically keep people spaced far enough apart.

Powder days or a big dump of snow, however, could force the resort to cap ticket sales for the day, Chait said.

“We’ll be prioritizing season-pass holders,” if that happens, he said. If a cap is needed, online ticket sales will be halted; people can stay up-to-date on mountain operations during those times by visiting the mountain’s blog at smuggs.com/pages/winter/skiride/hughs-blog.

The resort has also enacted the “arrive together, ride together” philosophy that many other resorts have adopted.

“We asking people to stick to the people they come to the mountain with,” Chait said. “If someone is solo, or the third person in a party of three, they’re able to ride alone. we’re not pairing them up with a stranger.

Also included in the new protocols are more social distancing in lift lines, altered ski-school lessons and requiring that masks be worn inside.

The resort is also encouraging people to use their cars as their own, private mini base lodges, and if they do have to go into the real lodge there’s plenty of pre-packaged food.

Reservations are required for eating in, and they’re asking people to try to keep their meal breaks to 30 minutes to help keep lodges under capacity limits.

“We’re trying to accommodate everyone’s desire to be on the slopes,” Chait said. “Now, we’re just chasing those colder temps.”