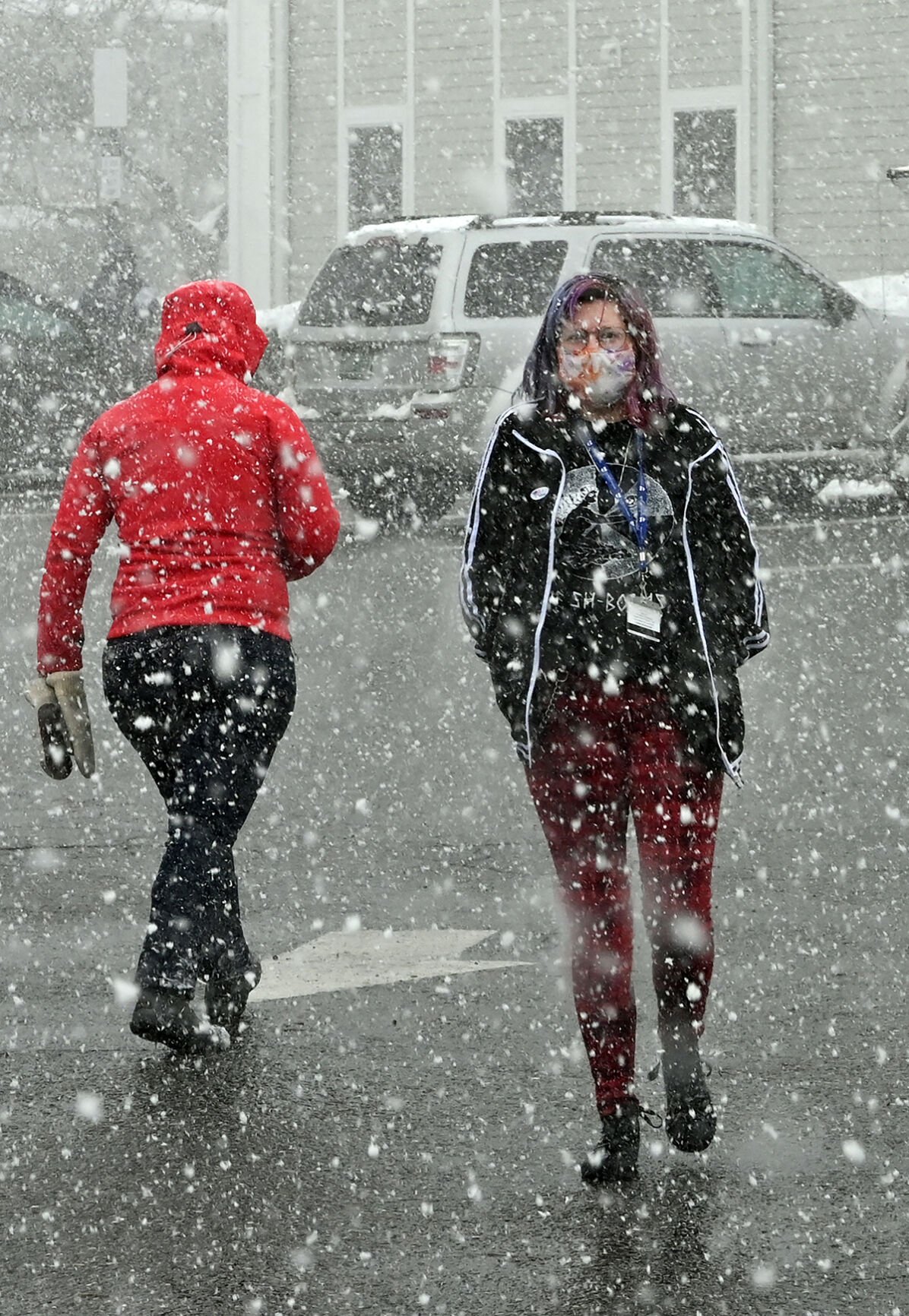 Jessica McAllister was the first voter in Johnson Tuesday. 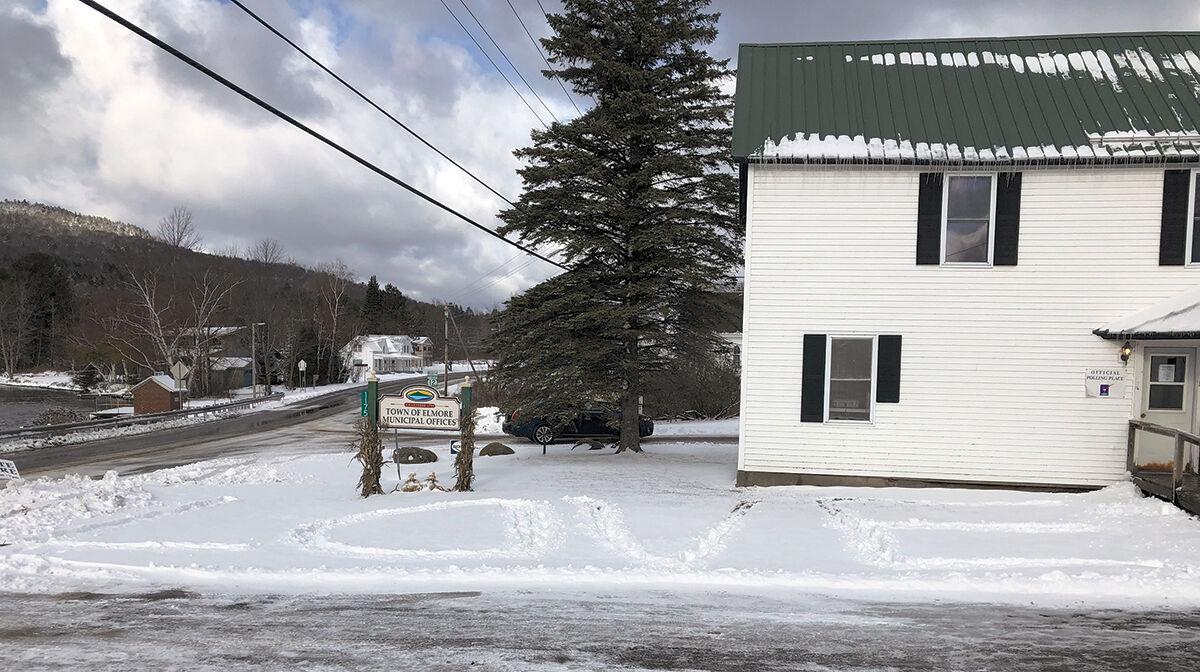 Stamped into the snow in large letters was the word “Love,” marking a stark contrast and welcome reprieve from the caustic and vituperative nature of national politics. 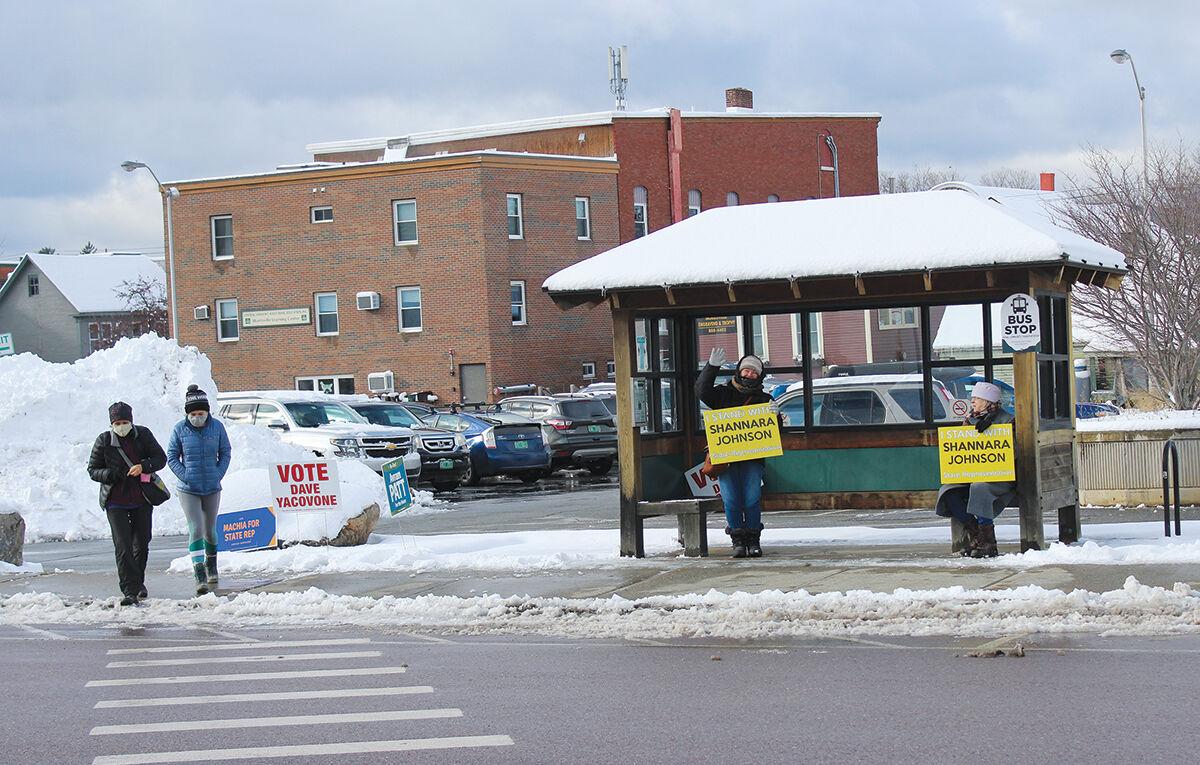 Voters get ready to cast their ballots in Morrisville.

Jessica McAllister was the first voter in Johnson Tuesday.

Stamped into the snow in large letters was the word “Love,” marking a stark contrast and welcome reprieve from the caustic and vituperative nature of national politics.

Voters get ready to cast their ballots in Morrisville.

Voters in Lamoille County who had not joined the thousands of people who cast early ballots braved cold wind and snow Tuesday, a day that resembled weather more appropriate for Town Meeting Day than Election Day.

Route 12 and other roads were snow covered and slippery in Elmore, but a steady stream of voters stopped by the town clerk’s office to cast in-person ballots.

The snow even provided the canvas for a message written in the snow outside the polling place. Stamped into the snow in large letters was the word “Love,” marking a stark contrast and welcome reprieve from the caustic and vituperative nature of national politics.

In Wolcott, the talk of the polling place was how many voters were forgetting to bring in the ballots that had been mailed to them, as required by law. Those who forgot had to fill out a simple affidavit form to clear up the matter before voting in person.

Town Clerk Belinda Clegg said about half of the 20 voters who came to vote in person in the first hour of polling had to fill out the form.

“I didn’t know I was supposed to bring it,” one voter told Clegg.

It was similar in Elmore.

“They’ve tried to make it easy, and they really have made it easy,” Stuart Weppler said as he manned the Elmore polls.

Other voters were just dropping off their completed ballot at the polling place.

“Some people just want to put them in the tabulator themselves,” Clegg said.

Restrictions on how many people could enter the polling place meant there was a line out the door in Elmore during the early-morning rush, and Draper said that she was still receiving mail-in ballots, with 45 coming in over the weekend and on Monday morning. Draper hadn’t been over to check the mail at the Elmore Store yet Tuesday morning, but expected even more ballots to be waiting for her there.

In Eden, voters were allowed in two at a time, and town clerk Candy Vear said very few had to wait outside during the day. Voters came in the front door and exited out the back, where someone had cleared a path through the new snow, the green grass vibrant against the bright white powder.

Hyde Park town clerk Kim Moulton said voters braved the cold and wind for up to 40 minutes when the polls first opened, because of the occupancy limits.

“They were very gracious and kind about it,” Moulton said.

In Johnson, Democrats — and eventual Lamoille-2 House winners — Dan Noyes and Kate Donnally pulled up and sipped hot coffee out of the back of a pickup truck. Their opponents, Republicans Shayne Spence and Richard Bailey, ceded the area and drove off toward another spot to hold signs and wave.

In Stowe, town clerk Lisa Walker was beaming about the voter turnout. She estimated it at 75 percent, based on preliminary results, but said it could actually be as high as 82 percent, if the town were to eliminate voters from the checklist who don’t live in Stowe anymore and don’t add to the vote totals.

Just before the stroke of 7 p.m., two Stowe voters entered the Akeley Soldiers Memorial Building and cast their ballots. The last person to feed a ballot into the tabulator in election 2020, Chris Michaud, said he’s been looking forward to casting this ballot since 2016.

“It was less about the actual candidate running as much as a change toward something that’s less polarizing,” he said. “I’m looking for somebody to bring it back to the middle, and I think all Americans need that, whether they think so or not.”

Roads were snow covered and slippery, but a steady stream of voters cast in-person ballots.