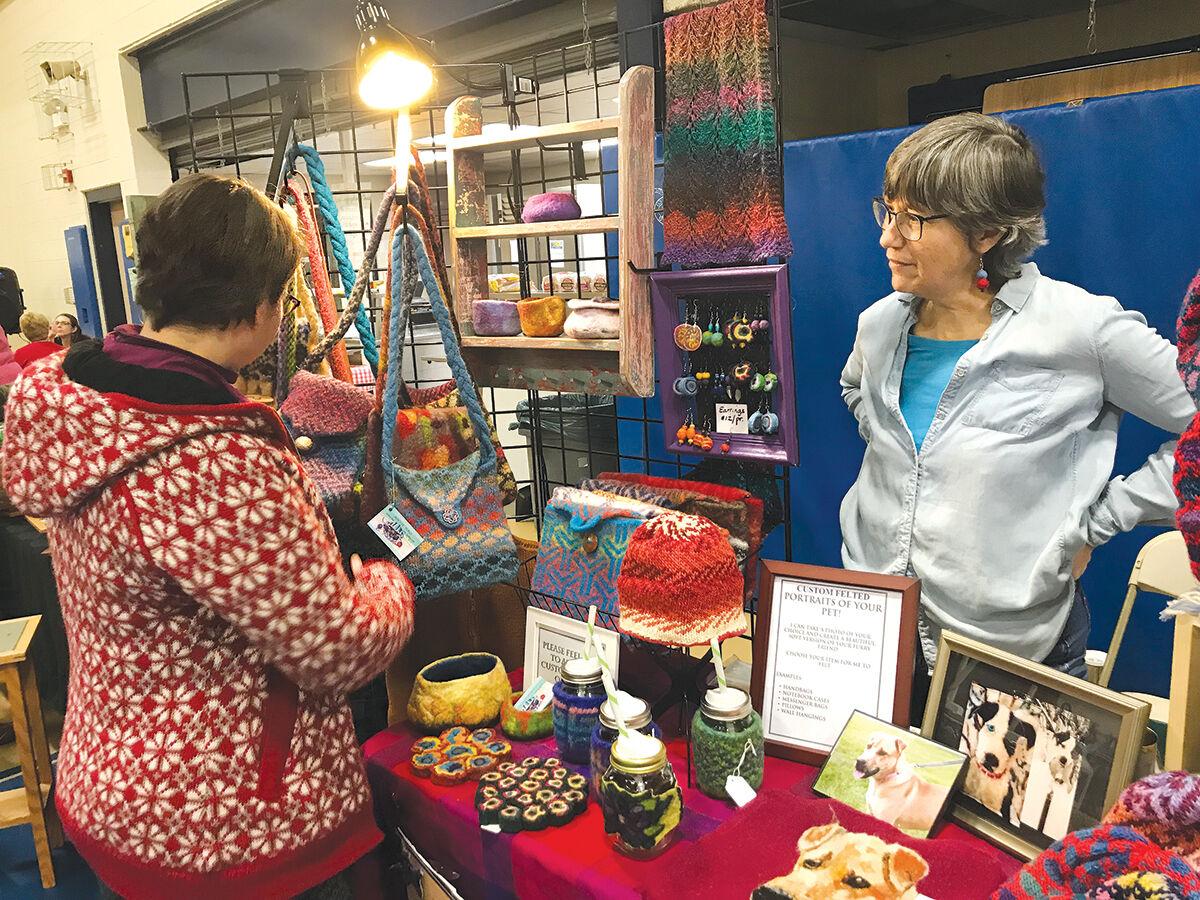 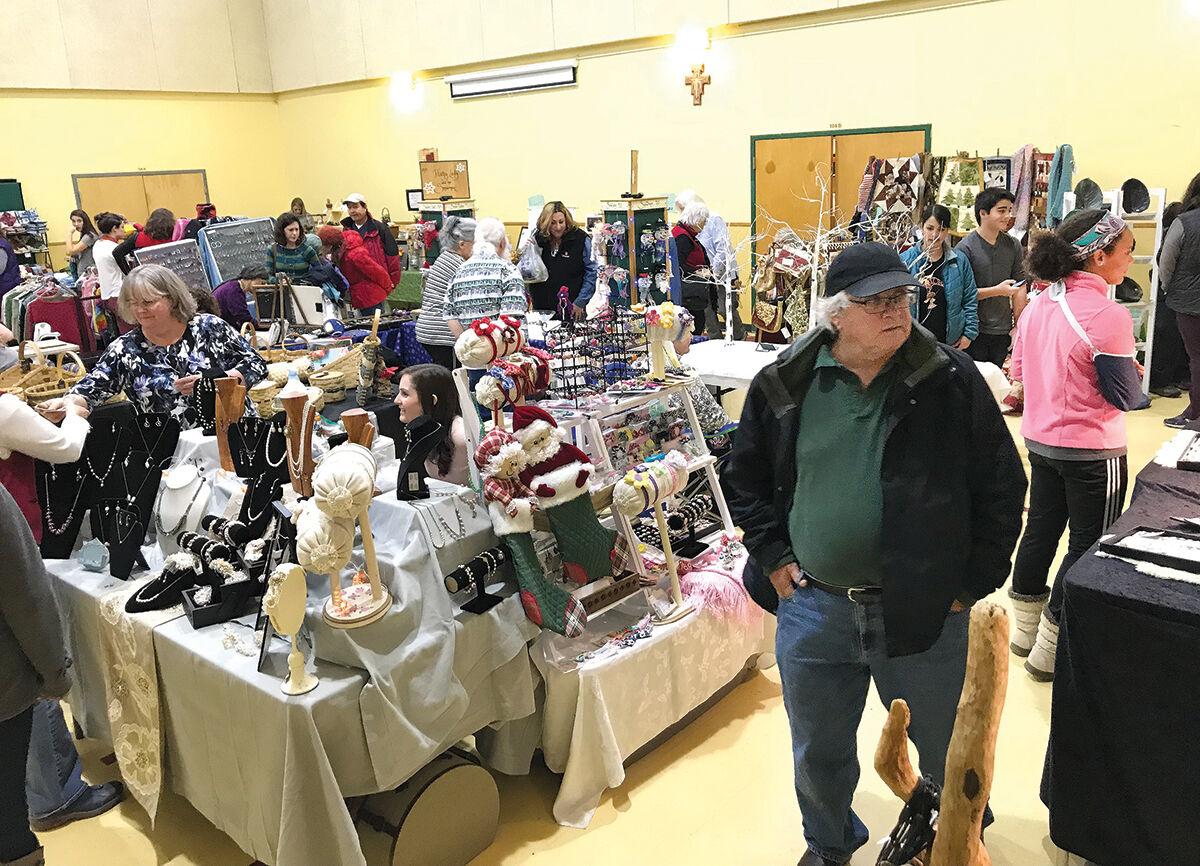 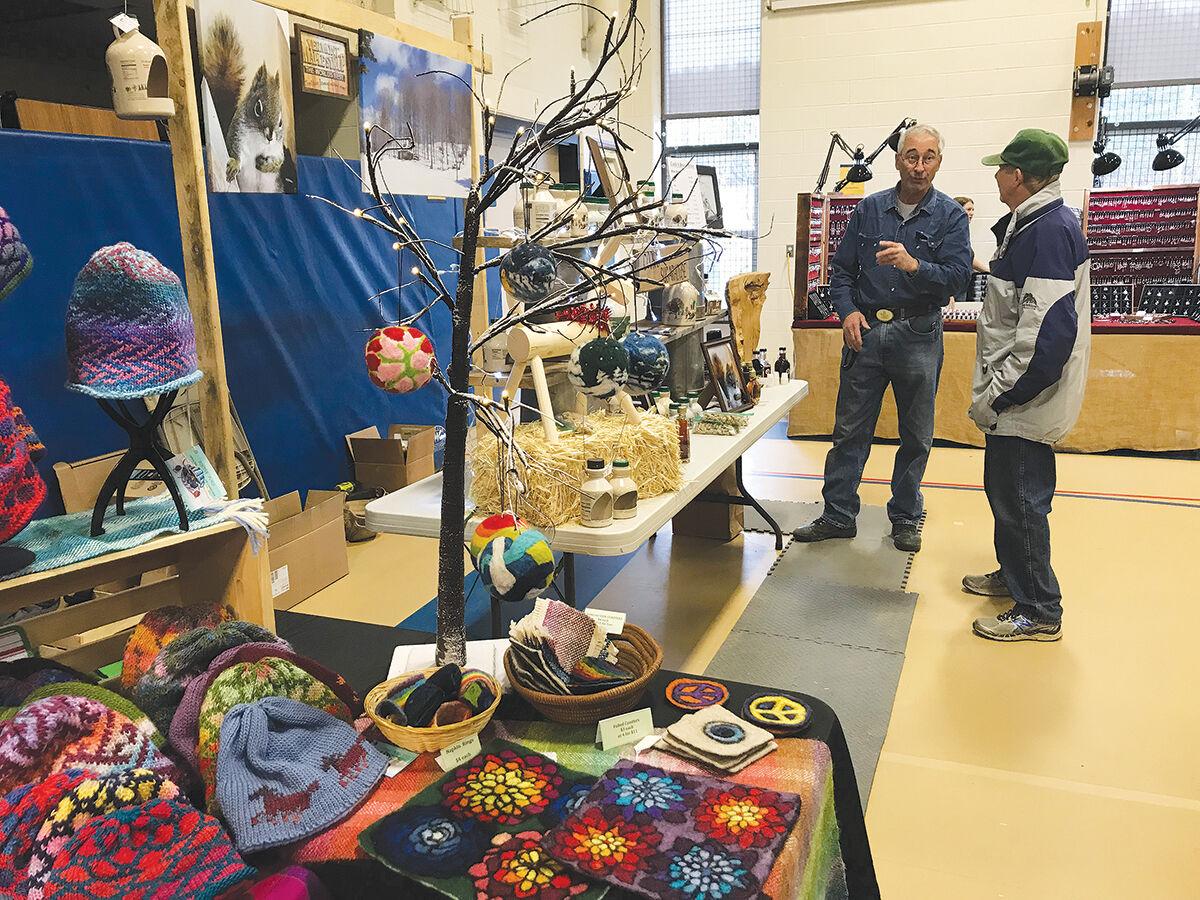 In a normal holiday season, with so many craft fairs nearby, the hardest choice is where to go and which bowl, ornament, soap, dog sweater, foodstuff or knickknack to choose.

The coronavirus pandemic has eliminated that tradition this year, leaving artisans without a place to showcase their wares.

The Hyde Park Second Congregational Church’s holiday craft fair would have held its 43rd iteration this year, according to Dot Cook, a church leader and one of the fair’s longtime organizers. George Cook, Dot’s husband, said he hears a lot of feedback from people who make the craft fair circuit. After all, it’s been around for nigh on half a century.

“We get a lot of compliments about the atmosphere they see,” Cook said.

Beth Carrier has been involved with the Hyde Park fair for at least 30 years — her daughter turns 31 this month, and she was toddling about when Carrier first started volunteering. She said the first weekend in December, when many of those fairs would have been held, is the true start of the Christmas season.

She remembers one year it snowed so hard that organizers and vendors could barely get their vehicles out of the parking lot. Another year, back when the volunteers had to manually mop the gym floor with big cloth mops, so much snow and dirt got mucked into the room it was like all they were doing was moving the dirty water around.

“We go in the night before and mark things, and when I walk in the next day, it’s just magic,” Carrier said. “It smells good and everyone’s happy. It’s just such a wonderful day.”

Hyde Park seamstress Cindy Scott, of Pillow Case Lady Designs, has been stitching together her fabric creations for four years and had been attending the show up until this year. She said although she and fellow hobbyist crafters aren’t fully reliant on shows to make a living, the extra money comes in handy.

“I really feel bad for the women who use this craft money to buy Christmas gifts,” Scott said. “The other thing that COVID has done is taken away the ability for them to see all the other crafters. When you go to these shows, you make awesome friends.”

She said that circle of friends offers a confidence boost to people with something of a closeted artistic streak, a sense of acceptance from the other crafters who see each other at the shows year after year.

“I’ve only been to three years’ worth of craft shows, but those three years have taught me so much about myself,” Scott said. “I never thought of myself of an artist. I’ve just thought of myself as a good sewer. But when you get praise over something, it hands off a whole spectrum of good feelings, and it gives you the energy and enthusiasm to go and do more.”

“People are sick of picking up mass-produced junk from China,” she said.

Greenwood sells at the annual Justice for Dogs craft fair, held at Peoples Academy in Morrisville, and one of the earliest of the fall/winter season. The organization, which works independently of and with animal shelters, rescues dogs — and cats — and finds them new homes. The annual craft fair is its biggest fundraiser.

Founder Amy Touchette said, all gender presuppositions aside, there’s a reason why the fair is held the first weekend of deer season.

“Oh, that’s very much on purpose,” Touchette laughed. “The guys tend to get together and do something and the ladies like the craft shows.”

Touchette said people in the community have opened up their wallets more this year, and Dec. 1, Giving Tuesday, was good for the organization. Other people and businesses throughout the year have also donated a portion of their sales to Justice for Dogs.

Still, she said, “We’ve definitely lost a lot of money this year, and the other things haven’t even halfway filled that hole.”

One of her biggest regrets: not hearing updates from pet owners about the cats or dogs that now have happy homes because of Justice for Dogs’ efforts. And, Touchette and company didn’t have the chance to help craft show shoppers find a new pet.

For artisans who make a full-time living off their wares, the cancellation of in-person craft shows is something of a gut punch during holiday gift buying season.

“Doing shows, for me, it’s the meet and greet that kind of sells my products,” said Jason Brunault, a Johnson woodworker behind the studio Jay’s Workshop (jayswoodshopvt.com).

“I make my living doing about 12 shows a year, and the orders I get from those shows keep me busy all year.”

Brunault started selling at craft fairs 25 years ago, but he was a hobbyist until he decided to go all in and do it for a living around 2010. He was getting to the point, just before the pandemic hit, where he could call himself comfortable as a full-time artisan woodworker. Now, he’s picking up odd jobs in order to pay the bills.

“And here I was bragging to everyone for the past 10 years that I won’t work for anybody again,” he laughed.

The coronavirus has affected the actual crafting part of his craft, too. For instance, some of his more popular and profitable pieces are slate-topped tables. He placed an order for the slate from his usual supplier, a family-run quarry, and heard nothing, nothing, nothing. The pandemic put them out of business, he said.

For Marion and Matthew Seaholtz, also of Johnson, the pandemic has been a double whammy. They are both professional artisans — she operates Wind’s Edge, and creates quilts, wall hangings and pillows; he makes glass works under the Seaholtz Glass Design brand, although they both use the Wind’s Edge website (windsedgestudio.com).

The Seaholtzes don’t normally display their products at non-juried bazaars — juried shows require an application and a panel of judges takes experience and quality into consideration before an artist can join — with the exception of the annual Antiques and Uniques show on Craftsbury Common.

“Until fairly recently, the bulk of our income came from sending our work to galleries, but now a lot of galleries can’t be open,” Marion Seaholtz said.

She said the Vermont Crafts Council has helped out with grant funding, which included certificates to provide shipping reimbursements for their customers, which is huge for independent crafters. She said, for instance, shipping a piece to California could cost $25 on a $100 product.

Organizers of some of the larger craft shows have found a way making the show go online.

Vermont Hand Crafters bills itself as the state’s oldest and largest juried craft organization, incorporated in 1955. It held a virtual craft show the weekend before Thanksgiving, in which 58 artisans participated — including Brunault and the Seaholtzes.

“It was fun and it helped fill a gap, and there was a live chat function so you could actually talk with the artisans,” Elizabeth Boudreau, the organization’s director of events, said.

Boudreau hosted the show, which was the third one Vermont Hand Crafters held this year — a test run in August and a more modest one in October. She said she counted about 2,500 visitors from 48 states, although the bulk came from Vermont. She called it a success, especially at “this crucial time of the year” for crafters to make their money, but it’s harder to organize than the in-person version, usually at a Burlington hotel.

“Scrambling to do three of these in that time period, we’re all a little fried,” Boudreau said.

Crafters, particularly older ones, find it tough to suddenly create an online persona after being so accustomed to the meet and greet atmosphere of craft shows.

Roy Gilbert, a hobbyist woodworker from Elmore’s Gilbert Studios, said he’s got boxes of handcrafted wooden spoons and bowls in his car, and he doesn’t have an online presence.

“I’m not that good at the computer,” he said, adding he does put up photos of his products on his personal Facebook page. “I get a lot of likes, and a lot of, ‘Gee, that’s nice.’ But that’s about it.”

Without a place to display his creations, Gilbert finds himself with a lot of inventory on hand. He even drives around with boxes of his wares, just in case he finds someone in need of a nice gift or culinary implement.

“Right now, I am completely overloaded with inventory.

No place to sell it, no place to go with it,” he said.

Greenwood said she has put Larry’s wooden bowls on the craft website Etsy (etsy.com/shop/NEKWoodTurnings). It’s helped offset the loss of in-person craft shows, but she and Larry have to keep an eye on it, especially in non-pandemic times.

“Once you list it, you’d better know right where it is, and make sure you’re not selling it somewhere else,” Greenwood said.

Scott launched a website for her fabric creations — pillowcaseladydesigns.com — but has had to up the prices a bit more in order to pay for the site’s upkeep.

The Seaholtzes are adept at cultivating their online presence, but they have run into another common Vermont problem: a bad internet connection.

“It’s very frustrating,” Marion said. “It can take me 15-20 minutes to print one shipping label, and it should take me three.”