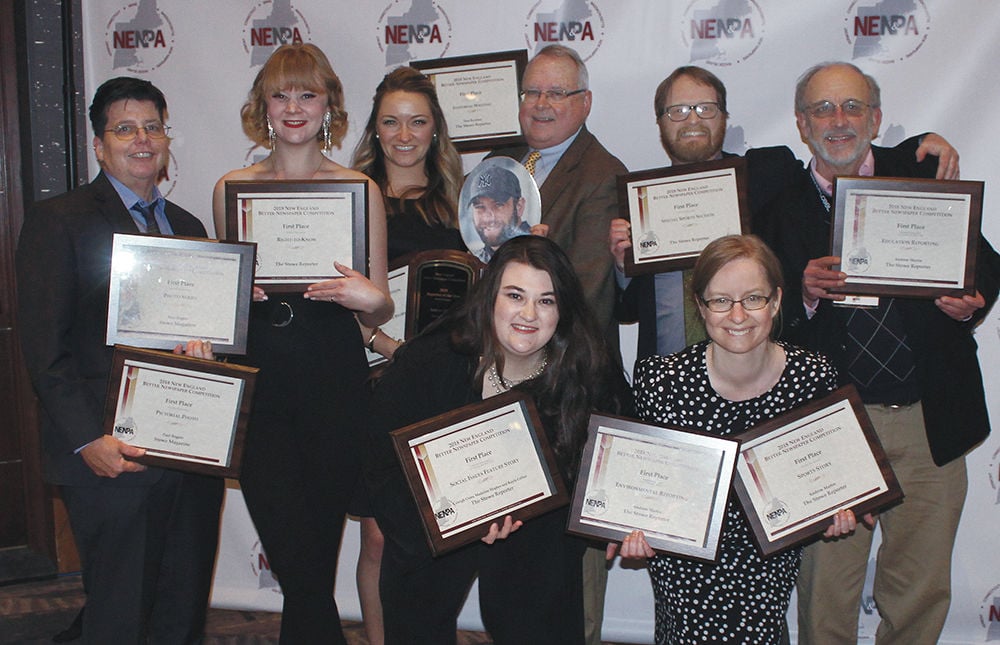 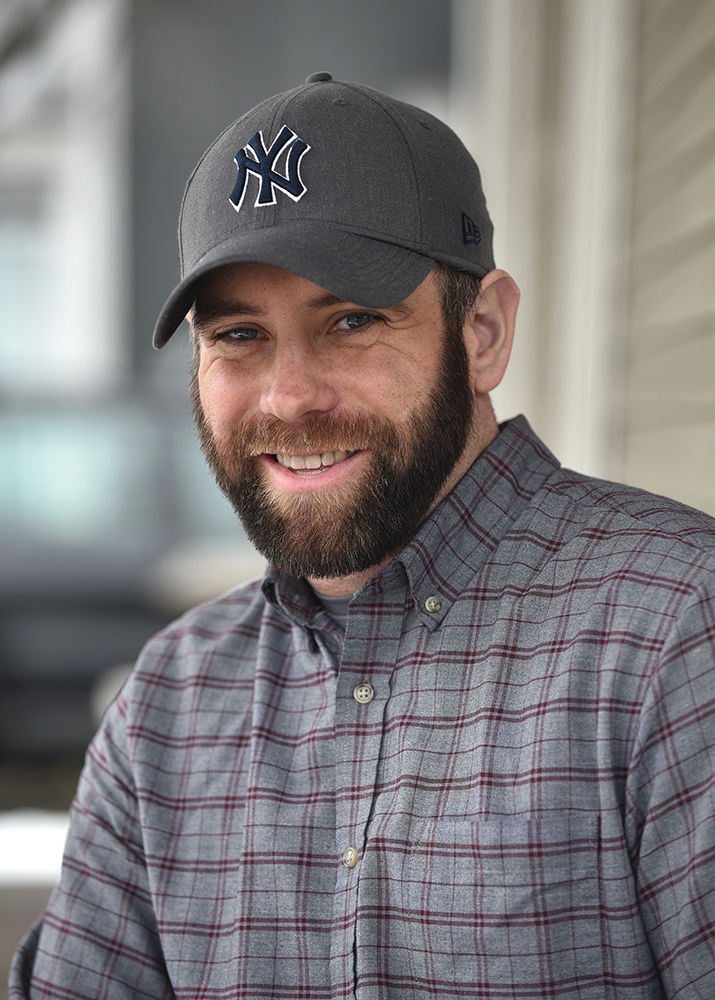 The Stowe Reporter and Stowe Guide & Magazine were honored with 35 awards, plus New England Reporter of the Year for Andrew Martin, by the New England Newspaper & Press Association in its annual Better Newspaper Competition.

The organization represents more than 450 daily, weekly and specialty newspapers throughout the six-state region, and more than 3,000 entries were submitted to this year’s competition for journalism and advertising.

Martin, 32, started as a reporter with the News & Citizen in 2010. The Stowe Reporter bought the Morrisville paper in 2015, and Martin continued reporting on life in Lamoille County, including comprehensive and creative sports coverage, municipal, school and community news. He’s been there for the highs and lows of local families — native skiers who become Olympians, a woman’s struggle with Lyme disease — and covered police as they make arrests, work to keep schools safe and contend with the opioid crisis. 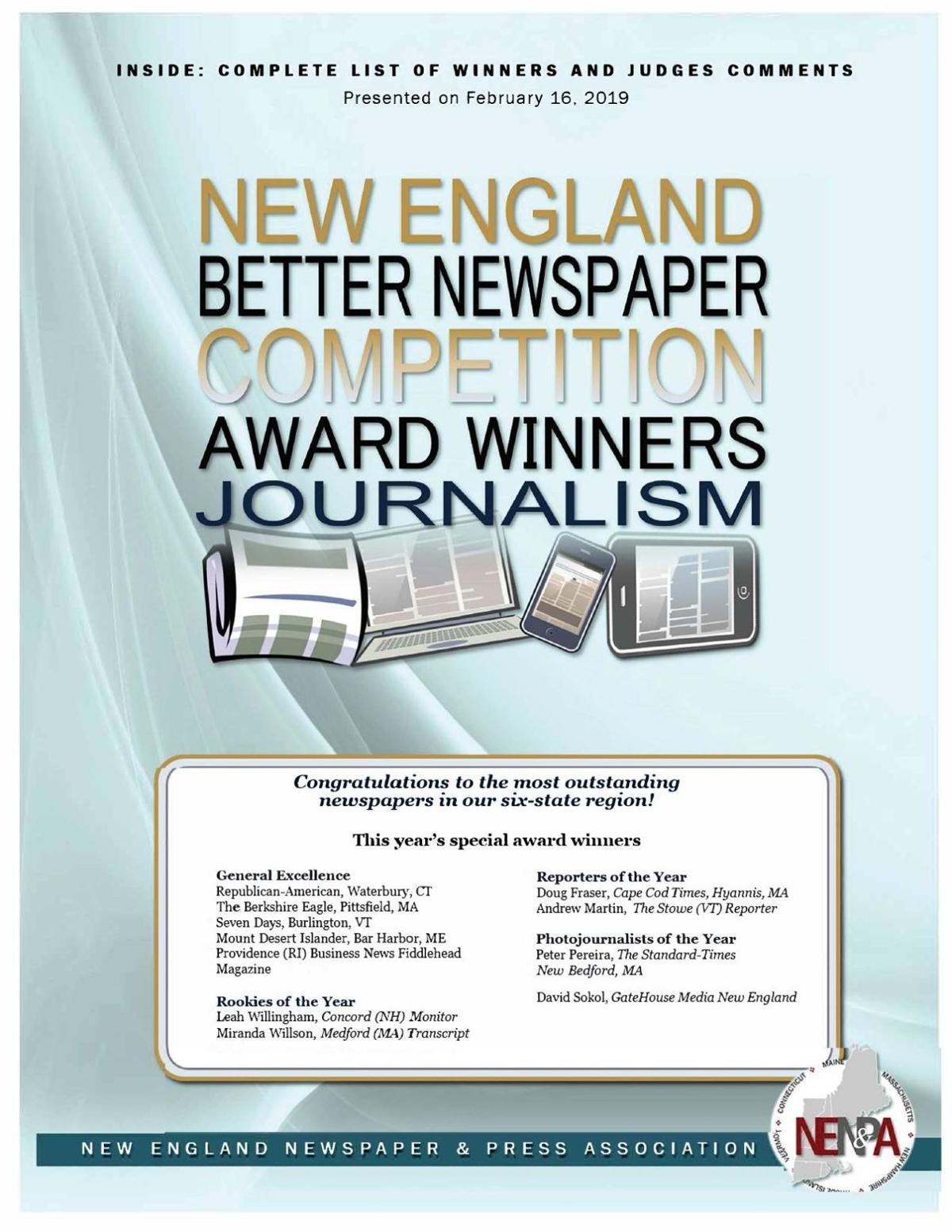 He’s looked at projects with statewide impacts and brought them home: His story on the rise of the emerald ash borer and the future for local forests took first place in this contest’s environmental reporting category (a “richly reported and well told piece,” judges said). When snow days seemed to accumulate early, he dug in to find out why (“Every parent probably read this well-written story,” judges said of his first-place piece for education reporting).

Martin graduated from St. Michael’s College in 2009. He lives in Craftsbury with his family, soon to include his first child.

The Stowe Guide & Magazine was named the best niche publication in the advertising contest, and the Stowe Reporter took second place for general excellence among smaller weeklies (circulation of 6,000 or less) for both journalism and advertising. Since 2005, the Reporter has been in the top three for general excellence — the top journalism award — six times, including top honors in 2016 and 2011.

The staff of the Reporter took first place for right-to-know reporting. “When the local chief of police curtailed conversations with Stowe Reporter over editorial concerns, the newspaper fought back. … Rather than negotiating behind the scenes or simply accepting the chief’s decision to limit communication with its newsroom, the Stowe Reporter instead informed its readers of the information at stake and why it was worth the fight.”

A social issues feature story by Caleigh Cross, Madeline Hughes and Kayla Collier also took top honors. “This piece rose to the top among all submissions thanks to its crisp writing style, wide engagement of sources, and its success of conveying the challenges facing women from Vermont’s town halls to its Statehouse and the nation’s capital, who have sought and achieved leadership roles but continue to face hurdles in these still male-dominated halls of government,” judges said.

Cross also took second place for her spot news story on the devastating fire that destroyed Rosina Wallace’s Waterbury farm and home last April. Judges noted, “Fire stories are often just fire stories. But this story by reporter Caleigh Cross separates itself from other(s) … as always for winners in this category it is the detail and quality of the writing that makes the difference.” 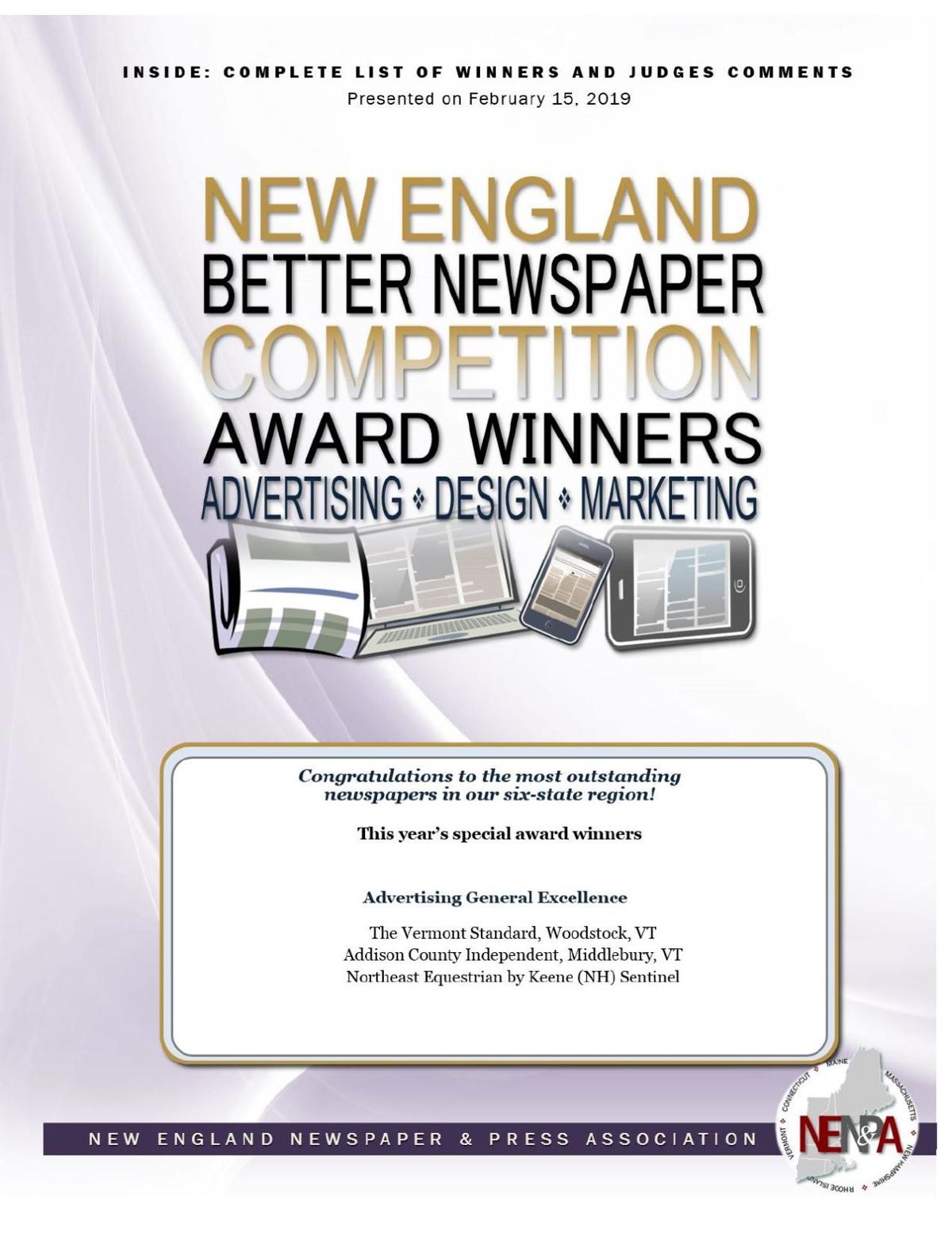 The Other Paper of South Burlington, the newest addition to the Vermont Community News Group family, took a second-place award for humor columnist Carole Vasta Folley. Judges said “I wish there was an emoji just for reading Carole Vasta Folley … More! More!”

The Vermont Community News Group includes the Stowe Reporter, Waterbury Record and the News & Citizen, as well as the Shelburne News, the Citizen of Charlotte and The Other Paper.

Over the last five years, we’ve been busy not only publishing a weekly newspaper serving Stowe, but expanding our reach into surrounding commu…

Schools taxes headed up for Stowe and Morristown