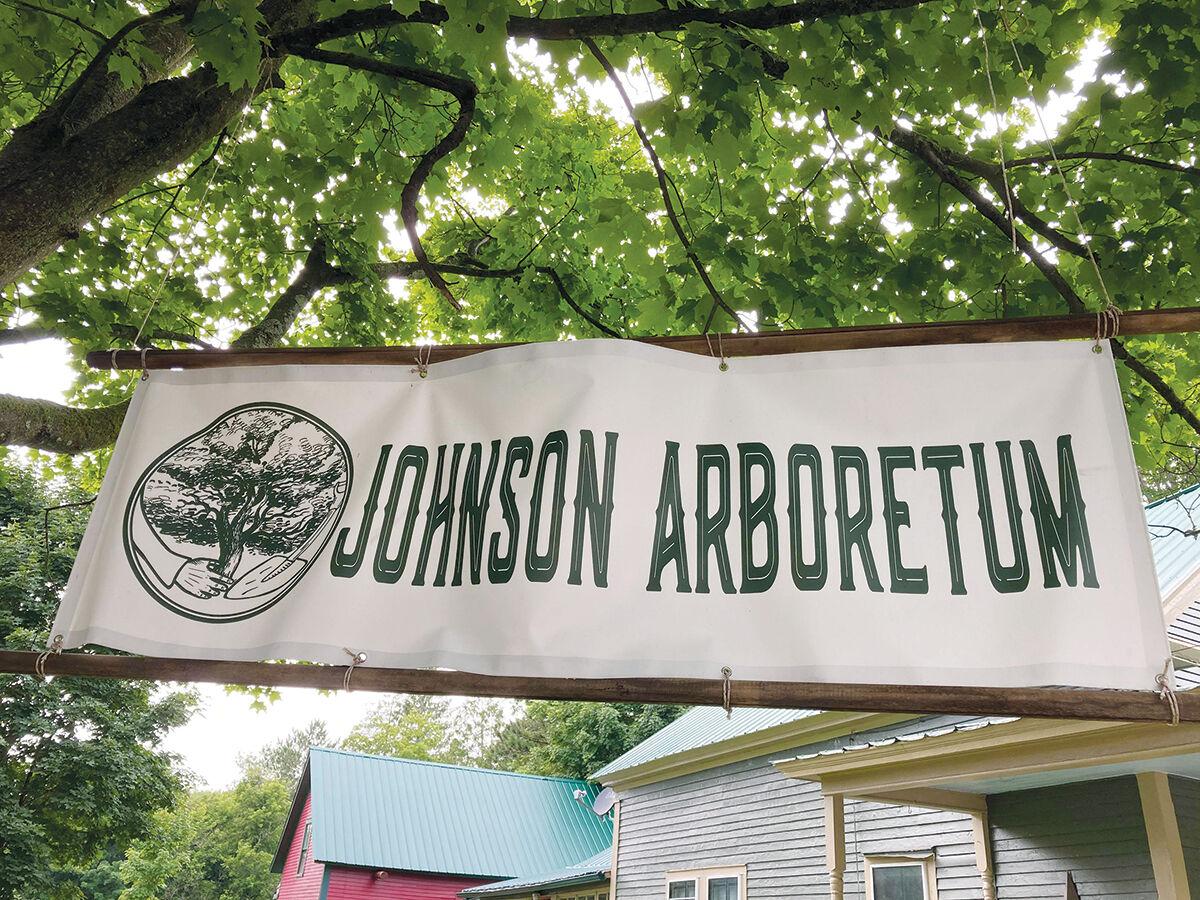 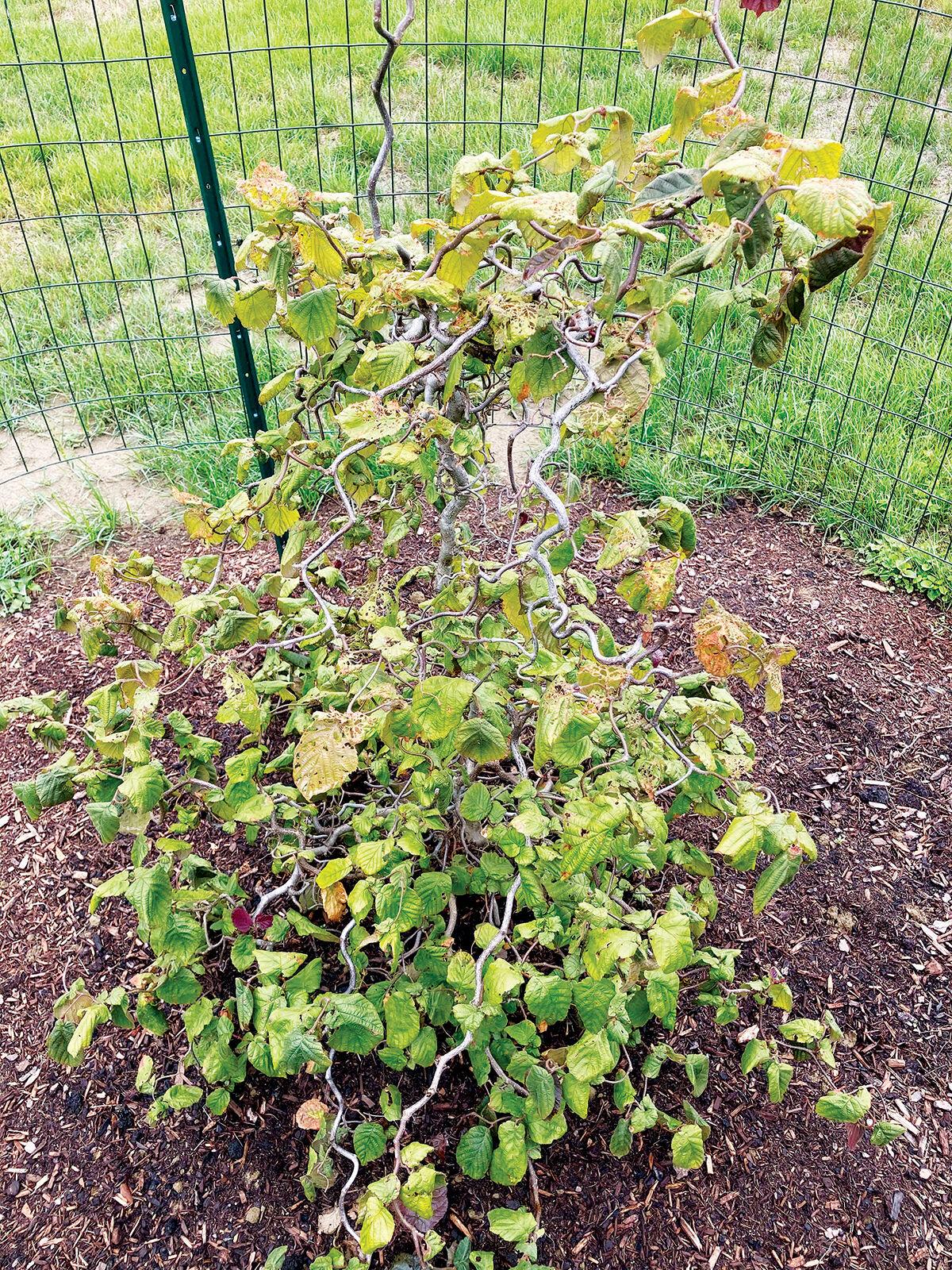 All arboretums must start somewhere, but even a modest collection of saplings holds the promise of a future forest.

“Somebody said to me recently, ‘It was so neat to see it in its beginning,’” Sue Lovering, chair of the Johnson tree board, said of the newly opened Johnson Arboretum. “Most people look at it and say, I can’t wait until it’s really grown up. Of course, in my mind, I already see it that way. I picture it 30 years from now and it looks totally different. But she was right. It’s neat to see how things start.”

A visitor seeking the entrance to the arboretum could easily mistake it for a private driveway on the left side of Pearl Street, just before it shifts into Clay Hill Road. That is, if there wasn’t a large banner hung in a tree above it.

A short walk down this gravel drive opens into a rehabilitated baseball field, once abandoned by the town save for the occasional mowing. Some of the white paint that once formed the baselines is still barely visible, though the rusted fencing, outfield wall and decaying bleachers have been removed.

Gathered where the pitcher’s mound might have once been, the beginnings of an arboretum has taken root, a collection of young trees planted by a volunteer board comprised of Lovering, Noel Dodge, Louise von Weise, Rob Maynard, Jacob Vandorn, Brian Vandorn and Dorcas Jones.

Lovering, who works as a designer for a living and writes the community column on Johnson for the News & Citizen, knows trees about as well as she knows the town, which is to say quite well.

She knows where oak trees will grow in town and where they just don’t. She knows that the Kentucky coffeetree the board planted as part of the Main Street project looks dead sometimes even when it’s not. She has a personal vendetta against the invasive and tenacious Japanese knotweed.

Armed with adequate funding and a desire to build a dedicated space in town for unique trees, the tree board planned on opening its arboretum last Arbor Day. The pandemic complicated those plans immensely, making it difficult to meet and wiping out what funding they had secured.

But with a drive and tenacity that would rival the Japanese knotweed itself, Lovering and the board opened the arboretum to the public this Arbor Day on the strength of some small funding they managed to scrounge and an unwavering dedication to their dream.

To join the arboretum, a tree must be both unique and hearty.

Perhaps the most unique of the current collection is the European hazelnut tree, “Red Dragon,” noticeable for its curling branches that twist like salamander tails and marked by red leaves in the spring and autumn that turn deep green in the summer.

Lovering — a self-described “cruise director” when it comes to organizing the arboretum — plays favorites. She has a special affection for the “Ice Dragon,” a Japanese-Korean maple hybrid with serrated leaves that also shift color through every season.

Another hybrid maple, “North Wind,” also grown to withstand the depths of a Vermont winter while possessing chameleon-like foliage, holds a special place in her heart.

Other trees already taking root include a tri-color beech, a tulip tree and a red chokeberry. A young hydrangea bush has also been added to the collection.

At the southern edge of the crowd of saplings sits what is, for now, a small sycamore tree, but one glance at the diagram depicting what the arboretum will eventually look like reveals that the sycamore will someday grow to dominate a large section of the field.

According to Lovering, there is more to come. One-of-a-kind rhododendrons cultivated by a retired biologist, a dwarf oak purchased in memory of a woman’s now-dead husband and a hydrangea garden, are just a few of the incoming installations.

Even as the climate grows warmer, Lovering is certain that the trees will continue to grow and takes solace in the act of building something that will long outlast her.

“Trees last longer than any of us,” Lovering said. “Unless it’s a Brandywine crabapple. Those stupid things drop dead often.”

The tree board is still looking for donations to help expand its vision, including cash donations or other necessities like benches, fencing, mulch, compost and gator bags. They’re also inviting people to adopt or create a memorial tree or shrub.

Being just down the street from Johnson Elementary School and next door to Vermont Studio Center, Lovering and board are also hoping to enlist the labor of those groups in exchange for an educational experience.

Eventually, if all goes according to plan, the densely planted former diamond will grow to the point where no grass will grow beneath the trees and the whole area will be nothing but trees and bushes and mulch.

For now, visitors have a chance to see one of Lamoille County’s most unique collection of trees in its infancy.

And according to Lovering, she has a key to ensure the arboretum’s continued growth. “I swear it’s true that if you talk to a plant, it responds,” she said. “Because I’ve had that happen in my own garden. ‘If you don’t grow, I’m giving you one more season. If you don’t grow, you’re out of here.’ And it’ll go nuts.”