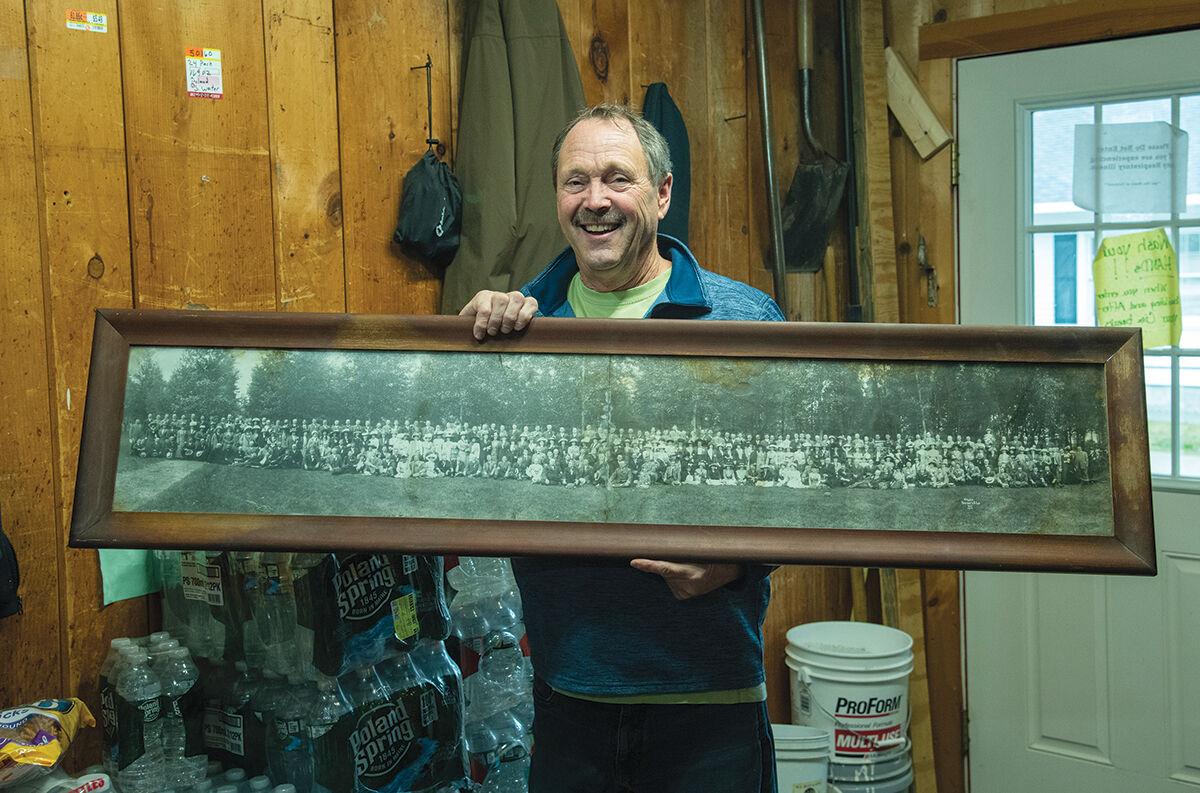 Doug Gray, owner of Hanley’s General Store in Jeffersonville, holds up a 1912 panoramic photo he found in the store’s attic. 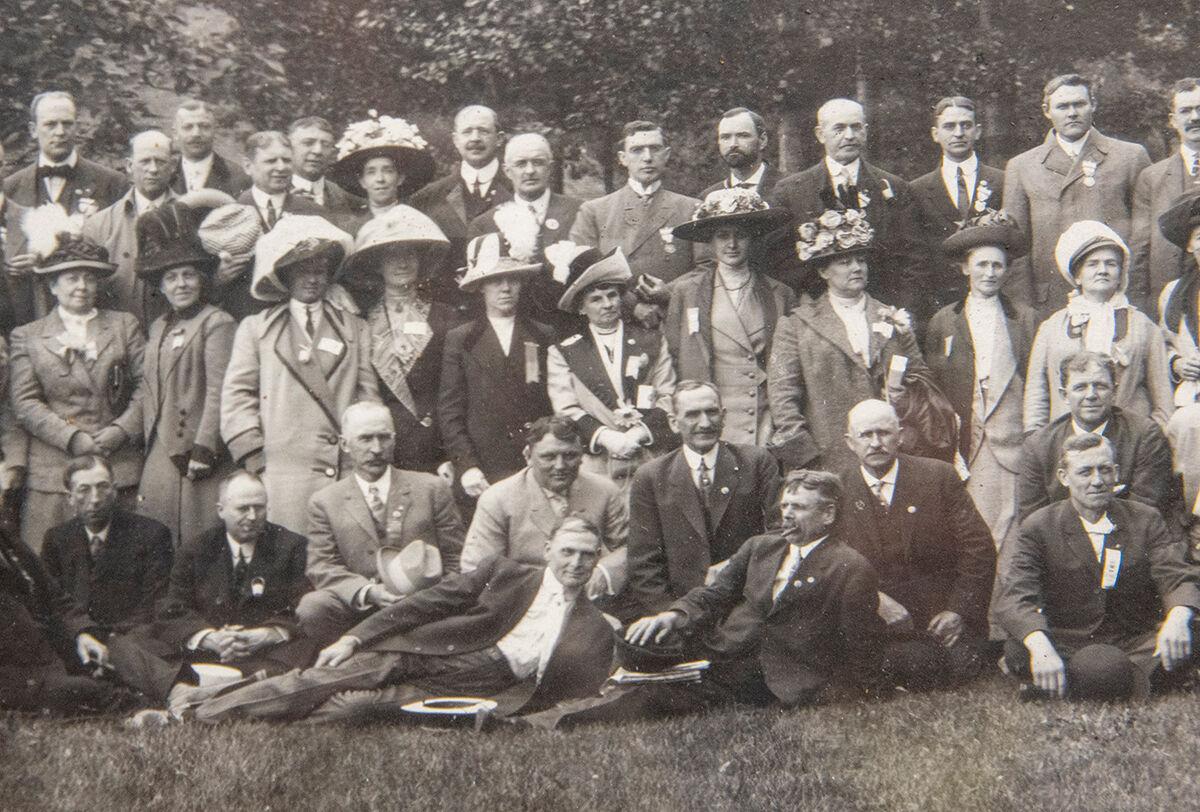 A closeup of the photo, which is several feet long.

Doug Gray, owner of Hanley’s General Store in Jeffersonville, holds up a 1912 panoramic photo he found in the store’s attic.

A closeup of the photo, which is several feet long.

A mysterious, 109-year-old panoramic photograph was recently unearthed from the attic of Hanley’s General Store in Jeffersonville and Doug Gray is hoping to get some help in tracking down its origins.

The photo, which is several feet long and was taken in 1912, depicts approximately 200 people gathered in a crowd, men and women of varying ages, but few children. Everyone is well dressed, either in their Sunday best or perhaps the more common clothes of wealthier members of the community. Many of the individuals in the photo are wearing a ribbon or boutonnière on their lapels.

The picture is attributed to “Daines & Co” and otherwise has no identifying information written on its front or back. It’s unclear if the photo was taken in or around Jeffersonville or Cambridge or if it came from elsewhere. One identifying clue: A man in the photograph is holding up a pennant that reads “Jacksonville” — there’s a village of the name in southern Vermont, in the town of Whitingham.

Gray has operated the general store on Main Street in Jeffersonville since 1999, but the building itself was erected over 100 years ago. Vestiges of the past are often unearthed in the attic, which Gray said contains “a lot of junk.”

Panoramic photos were novel and popular in the first few decades of the 20th century and often employed to capture large crowds and important ceremonies or celebrations.

A prior attic find hangs in Gray’s home, an old picture depicting a train in Portland, Maine. But Gray has also found even stranger things in the attic, including a container of embalming fluid.

If you believe you have any information that may help solve the mystery of Hanley’s photograph, email news@newsandcitizen.com.