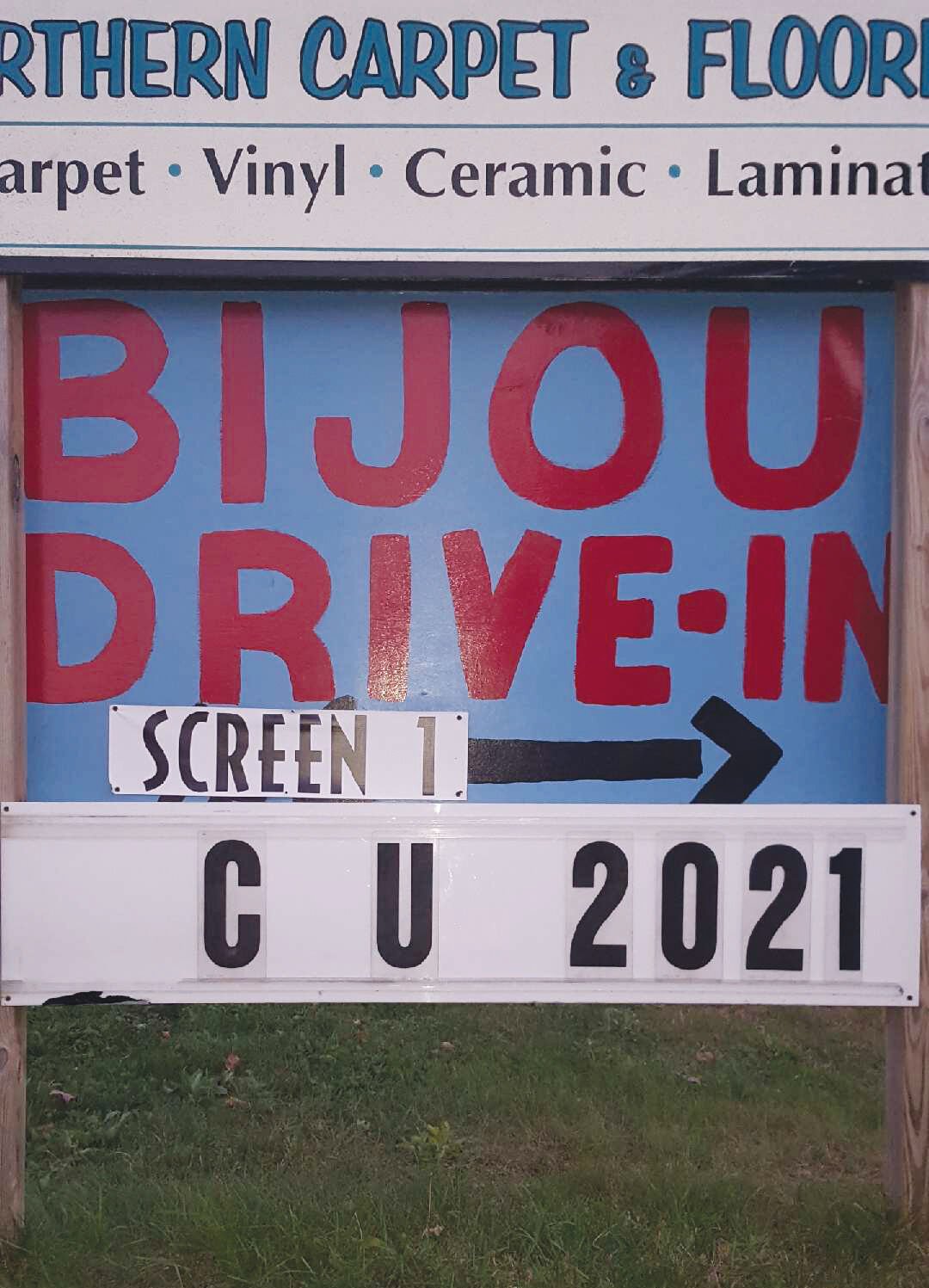 Judging by the homemade marquee sign at the Route 15 entrance that reads “C U 2021,” the Bijou will be back next summer. 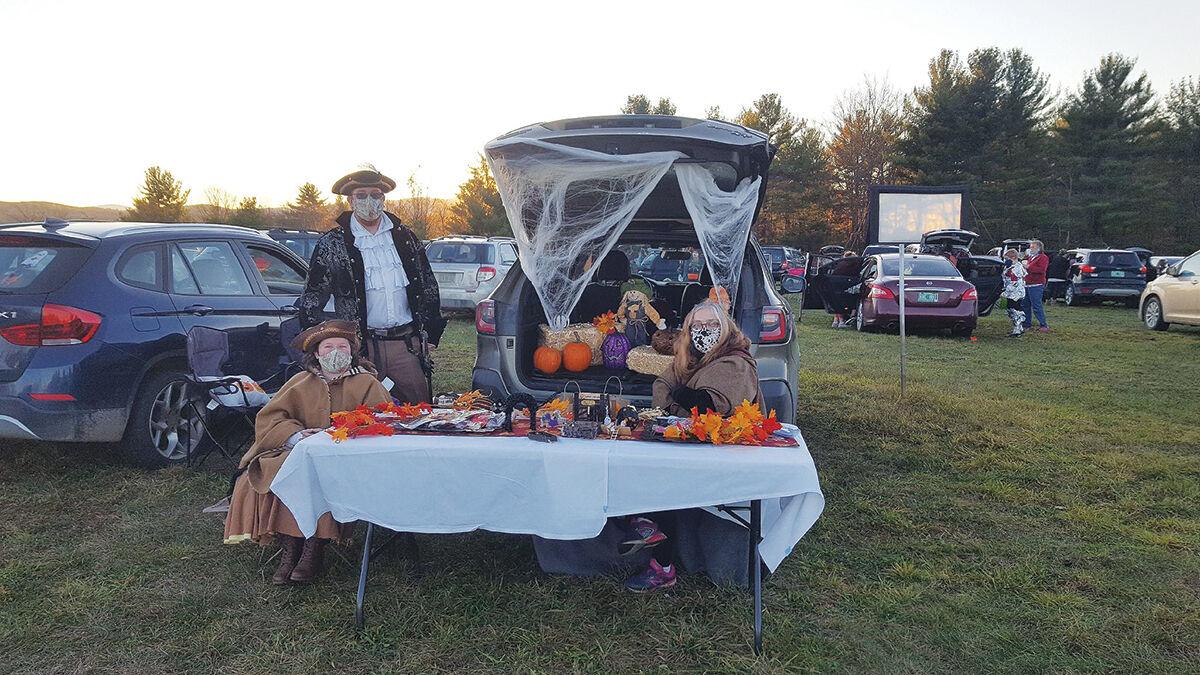 The drive-in theater hosted a Halloween-themed “trunk or treat” event Friday and Sunday, along with viewings of “Hocus Pocus,” the spooky-funny 1993 film about a coven of modern-day witches in Salem, Mass.

The Bijou theater in Morrisville has rolled the end credits on a drive-in movie experiment it launched in a pandemic that literally turned the Cineplex inside out.

The drive-in theater hosted a Halloween-themed “trunk or treat” event Friday and Sunday, along with viewings of “Hocus Pocus,” the spooky-funny 1993 film about a coven of modern-day witches in Salem, Mass.

According to Bijou owner Bill Jarvis, the Sunday trunk or treat drew about 100 cars, with volunteers handing out candy out of the trunks of their cars with tongs or gloved hands to masked children and masked adults — some for effect, some just because its 2020 and masks are encouraged for safety.

“Everyone followed the rules to a T. It was great,” Jarvis said.

Judging by the homemade marquee sign at the Route 15 entrance that reads “C U 2021,” the Bijou will be back next summer.

“Oh yeah, regardless of the virus, we’re gonna do it again next year,” Jarvis said.

Jarvis is now switching back to showing movies in the actual theater, but only two of the four theaters — the two largest ones — will be in use.

Vermont’s rules regarding movie houses in the pandemic allow them to sell tickets for 50 percent of the capacity in each theater, with social distancing required. Masks need to be worn except when eating or drinking.

Jarvis thinks he can fit 30 people in each of the two theaters comfortably, and he’s comfortable with that, to start. It might not be too much trouble keeping numbers down; according to industry reports, people are wary to return to the comfort of a darkened theater than they have patronizing other businesses during the pandemic.

Bijou films will, for now, continue to be classics — “Hocus Pocus” and “The Wizard of Oz” are on the screens this weekend, and there’s nothing further ahead on the website’s schedule.

Jarvis said the plan is to stick to family friendly fare for now, since it’s slim pickings in the first-run department.

There are a few notable exceptions in the new release market, such as Christopher Nolan’s latest mind bender “Tenet” or the truly excellent “Bill & Ted Face the Music,” on the market, but otherwise, offerings have dried up. And Jarvis thinks it might be awhile before things pick up, especially with Regal Cinemas, the second largest movie theater chain in the country, announcing last week it will be closing all 536 of its movie houses indefinitely during the coronavirus pandemic.

“That has a ripple effect” on smaller theaters, Jarvis said. “I think it’s going to hurt the industry too, not to be able to get the product out.”

He noted that the latest James Bond film, meant to be a summer 2020 tent pole film, has already been pushed back to next spring.

Jarvis is optimistic, though. Even as other theater owners were wringing their hands in the early days of the pandemic, the Bijou offered curbside popcorn — stop by, buy a bag and go watch a movie at home.

And the move to a drive-in format was a homegrown effort, involving mowing down the field between Stafford Avenue and Route 15, and bringing in inflatable screens every showing.

Adding to the nostalgic flair was a whiff of local cinema lore in the air; the setup isn’t far from the site of the old Morrisville Drive-In, which stood for decades where the Hannaford grocery store is now.

Adapting to the COVID-19 pandemic, many Lamoille County restaurants and bars moved patrons outside to stay afloat. Now, as the crisp air turns from charming to crushing, what happens?