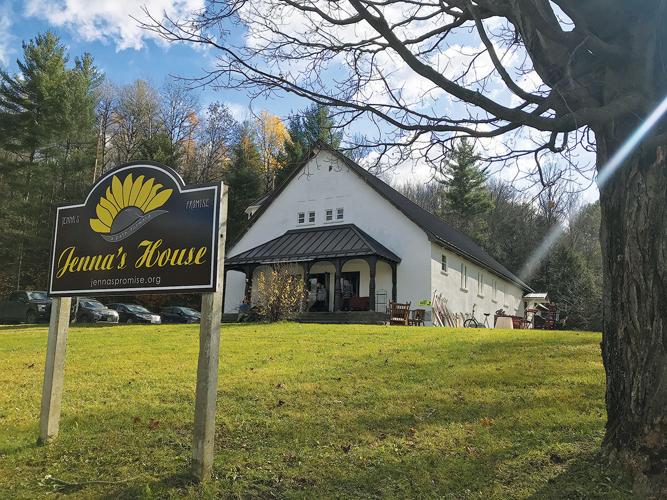 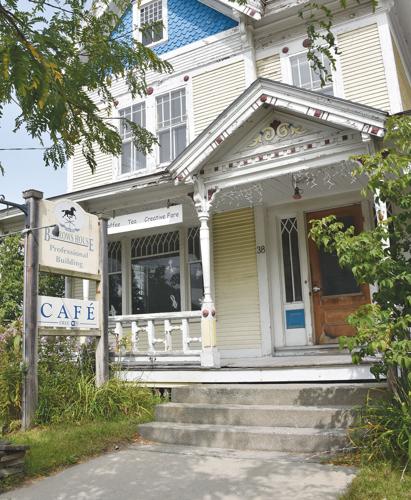 The North Central Vermont Recovery Center has, for a decade, been helping people with substance use disorders, letting them know they aren’t alone.

Now, it’s not alone, and anonymity is optional.

The center has partnered with Jenna’s Promise, the upstart organization started in Johnson last year by the parents of Jenna Tatro, who died in February 2019 of a fentanyl overdose just days before she had expected to get her 60-day sober chip.

For an organization that offers numerous programs that end with the word “anonymous,” the partnership with Jenna’s Promise allows recovery volunteers and professionals to bring the issue out of the shadows. That’s a primary goal of Jenna’s parents, Dawn and Greg, who are working on a community center, and a coffee house run by people in recovery, both in Johnson.

“Dawn and Greg kind of blew the lid off of what it is like to be a family member, and brought so many people out of hiding, out of secrecy, out of whispering about what they were experiencing,” Daniel Franklin, the recovery center’s executive director, said Monday. “What people with substance use disorders go through is not an isolated thing. It affects the whole family and beyond.”

For Jenna’s Promise, the partnership marries the licensed professional resources that the recovery center offers with the fundraising acumen and personal public story brought by the Tatros. Greg Tatro, who took over the company his father started in 1956, G.W. Tatro Construction, said “we understand buildings and we understand finances.”

“We can fix the buildings up, we can do all that stuff, we can create jobs, and then Daniel brings his expertise in on how to work with people that are suffering from substance use disorder,” Greg said. “It’s a match made in heaven.”

As Franklin noted, the two groups are doing all of this in the middle of a pandemic, “despite the fact that many of the organizations in Vermont’s addiction-related infrastructure are struggling to stay afloat and be effective in helping people.”

Dawn Tatro, who has become something of a mother figure to innumerable people struggling with substance use — people inspired by Jenna’s story — said she gets to act like a coach, while Franklin and his crew help create the path to recovery.

“We’ve had remarkable success with that,” Dawn said.

Jenna’s Promise helps people follow that path in numerous ways. For instance, Barry Cohen, secretary for Jenna’s Promise, said they help get people who have come through a treatment program like Valley Vista in Bradford, or are recently released from prison, into a sober living house. And they provide the rent for those wouldn’t otherwise be able to afford it.

“Sure, they went to Valley Vista and got clean. But now what? Typically, they go back to their old place,” Cohen said. “What does that mean? Back to the old triggers. Back to the same place, where they will most likely relapse.”

Dawn said these people have to come up with a project, they have to learn how to budget their finances, have to look for a job. And they have to stay in recovery.

The state has taken notice of the work Jenna’s Promise has been doing in its first year and opened the wallet. Greg said they’ve gotten $300,000 in grant funding for the coffee shop. And Jenna’s House qualified for a quarter-million-dollar USDA grant. All told, Franklin said, the two organizations have secured close to $2 million in grants, donations and personal investments.

That money will bring more visibility to the recovery efforts in the Lamoille valley, but Franklin said the opportunities will extend into the Northeast Kingdom, and into other surrounding counties.

There are plans for the café and coffee roasting business in the old Barrows building on Main Street in Johnson — home to many cafes in the past, but shuttered for years. The fitness center in the basement of Jenna’s House will be “unprecedented” in the access that it will afford to people who might never think about or might never be able to afford going to the gym.

Franklin refers to these joint efforts as being on two tracks — the microcosmic level of helping individuals with their specific needs, and the macrocosmic, in trying to identify “the gaps in the system,” and then fill them.

He proposed goals: “What can we do as organizations to fill those gaps and to help people in a more comprehensive holistic way? How can we act with synergy to build the infrastructure here regionally that will also push the envelope across the state to really be a paradigm shift in how people with substance use disorders are treated and the resources available to them?”

“We don't want to hear any more whispering. Speak loudly about what's going on.”

“People who want to remain anonymous, and to have their stories protected, will have that option,” Franklin said. “But those who are ready to sort of be a torchbearer for others, and maybe share their stories, to be an example and help others by showing that recovery as possible? We'll be able to do that too.”

While they were struggling to help their daughter stay sober, the Tatros learned something about addiction, that it’s not a character thing. It’s a medical thing. And they would go out of their way to let people know they weren’t ashamed of Jenna’s addiction, and nor should others be ashamed of theirs.

“We don't want to hear any more whispering. Speak loudly about what's going on,” Greg said. “You don't need to be ashamed. It’s a disease.”

An array of local, state and national power brokers came out to christen the newly opened Jenna’s House Saturday, a new community center in Johnson and the crown jewel of the local recovery network non-profit Jenna’s Promise.