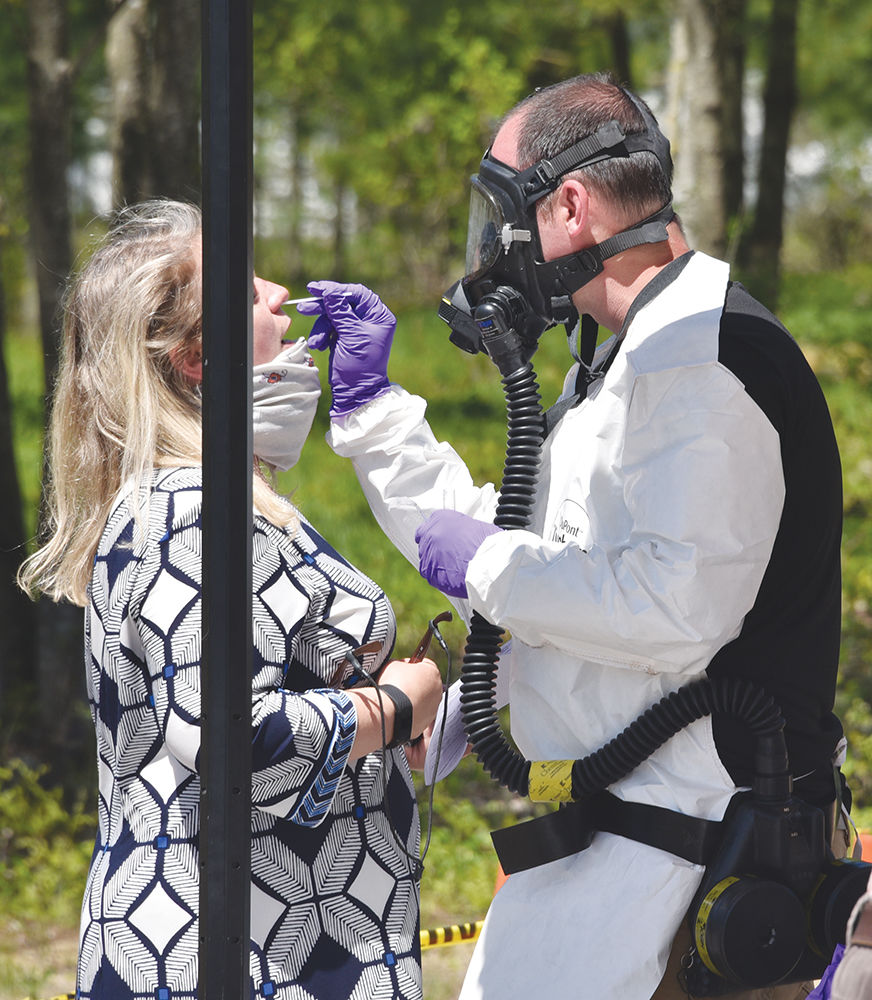 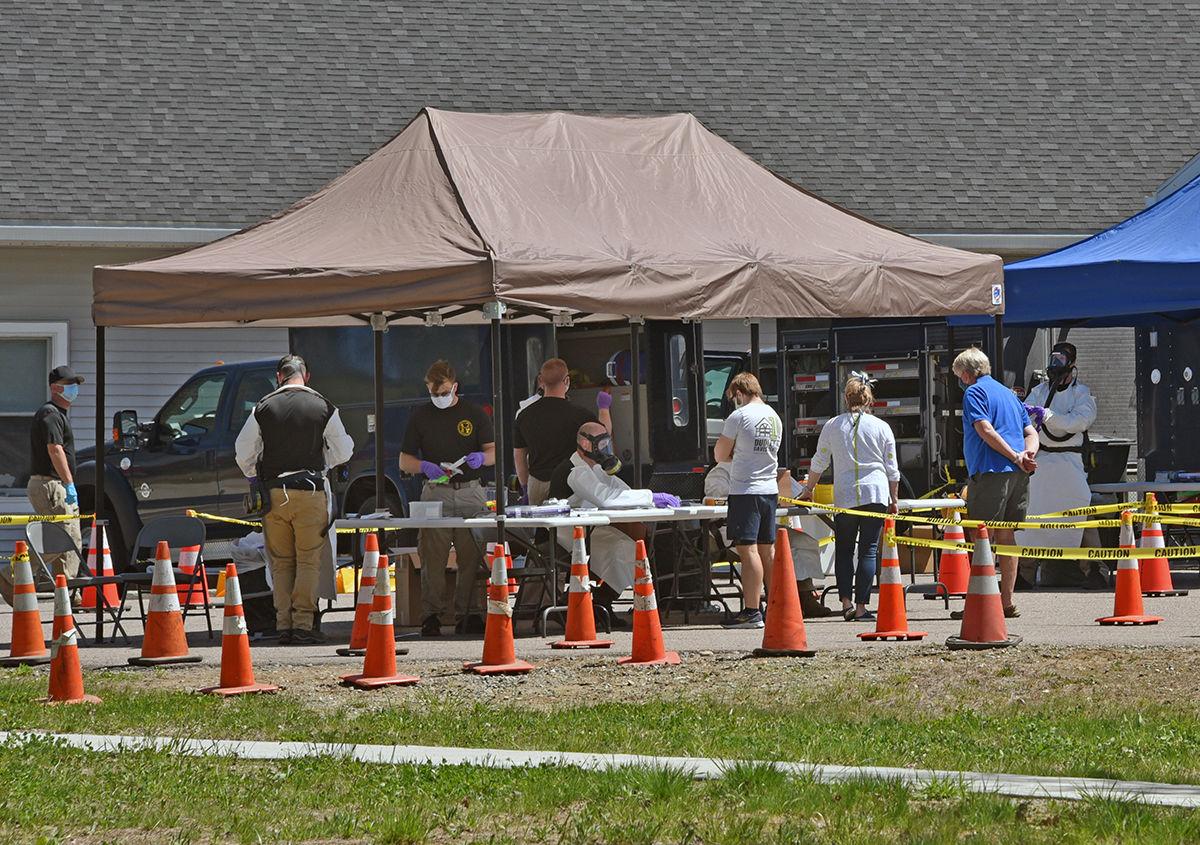 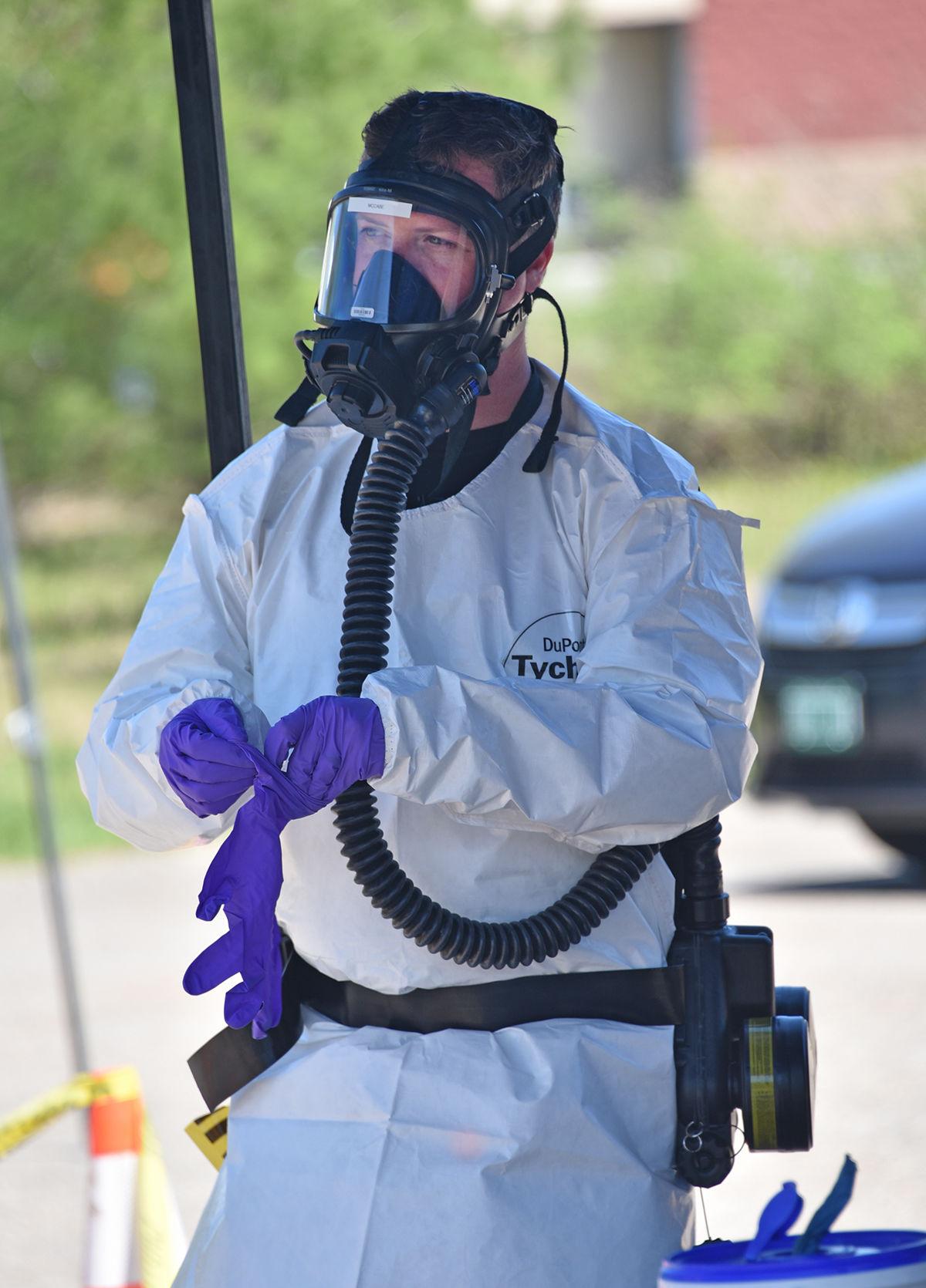 A well-protected expert gets ready to administer a coronavirus test in Morrisville.

A well-protected expert gets ready to administer a coronavirus test in Morrisville.

Anybody who wants a test can get a test.

On March 6, President Donald Trump uttered those words, even as tests for the COVID-19 virus were in short supply. However, months later, those words are now true.

Vermont health officials are looking to test 1,000 people a day, in an effort to better define the virus’ presence in the state. From the start, it has been clear that a person can both carry the virus while not experiencing any of the symptoms, but for the first few months of the pandemic, getting a test required a referral from a doctor, which required a patient to exhibit symptoms.

Now, the state has opened up testing for everyone, regardless of symptoms.

I’d be lying if I said I wanted to do this.

“These tests are for asymptomatic people, so people without symptoms are encouraged to come here today, because the state wants to get a better handle on what is going on in the state, in terms of people without symptoms who are actually infected,” said Valerie Valcour, a public health nurse with the Department of Health. “Clinics like this are going to give us a lot of data and a lot of information as we continue to open the state and continue to serve the public the best we can.”

As of Tuesday, 969 people in Vermont have tested positive among the 30,423 who have received tests; 848 have recovered, while 54 have died.

Prior to the event, the people getting tested had signed up online for an appointment; from all appearances, the system appeared to work smoothly, with people being served within a few minutes of arrival. After a brief check-in to confirm identifying information, people were tested by a person wearing a protective suit and a full-face mask.

The people administering the tests are well-qualified for the job — they are Vermont National Guard members who specialize in chemical, biological and radiological testing.

“We’re very well-versed in how to take a sample,” said Capt. Tanya Johns, a member of the National Guard civil support team in Burlington.

Johns noted that not only was her team able to handle the number of people seeking tests, but on this particular Friday, they had excess capacity.

“We’re not overwhelmed. We’re not underwhelmed. We’re trucking right along in that sweet spot,” Johns said. “We do have some people who are not showing up, so that does give us the capacity to do walk-ins. People do sign up, and at the last minute, something happens, and that’s understandable, but that means in the last three sites we’re done, we’ve had walk-ins.”

Since the start of the pandemic, Capstone Community Action has offered assistance to the Vermont Department of Health.

“We were contacted by the Vermont Department of Health to be a storage area for various pieces of personal protective equipment,” said Greg Stefanski, Lamoille area manager for Capstone Community Action. “Val (Valcour) and I have known each other for years, and this is in line with our mission and our focus, which is about supporting the community to get through this coronavirus crisis. When you have a crisis this significant, you need a response to match that.”

While the entire experience might appear a little bit intimidating at first — encountering military personnel in protective equipment who shove an incredibly long swab deep into your nose until it touches the sinus cavity — the actual experience is anything but scary, people said later.

“I had a panic attack going in, but it was nothing. I panicked for no reason at all,” said Margaret Fraser of Johnson, who wasn’t experiencing any symptoms, but instead came out to support the state’s effort to get everyone tested. “I think that the more numbers there are, the better the information will be.”

To make an appointment for a test, visit humanresources.vermont.gov/popups or call either 211 or 828-2828.

Hundreds of cars, thousands of people

Lamoille Union High School, closed for the past two months, turned into a beehive of activity Friday as hundreds of vehicles carrying thousand…