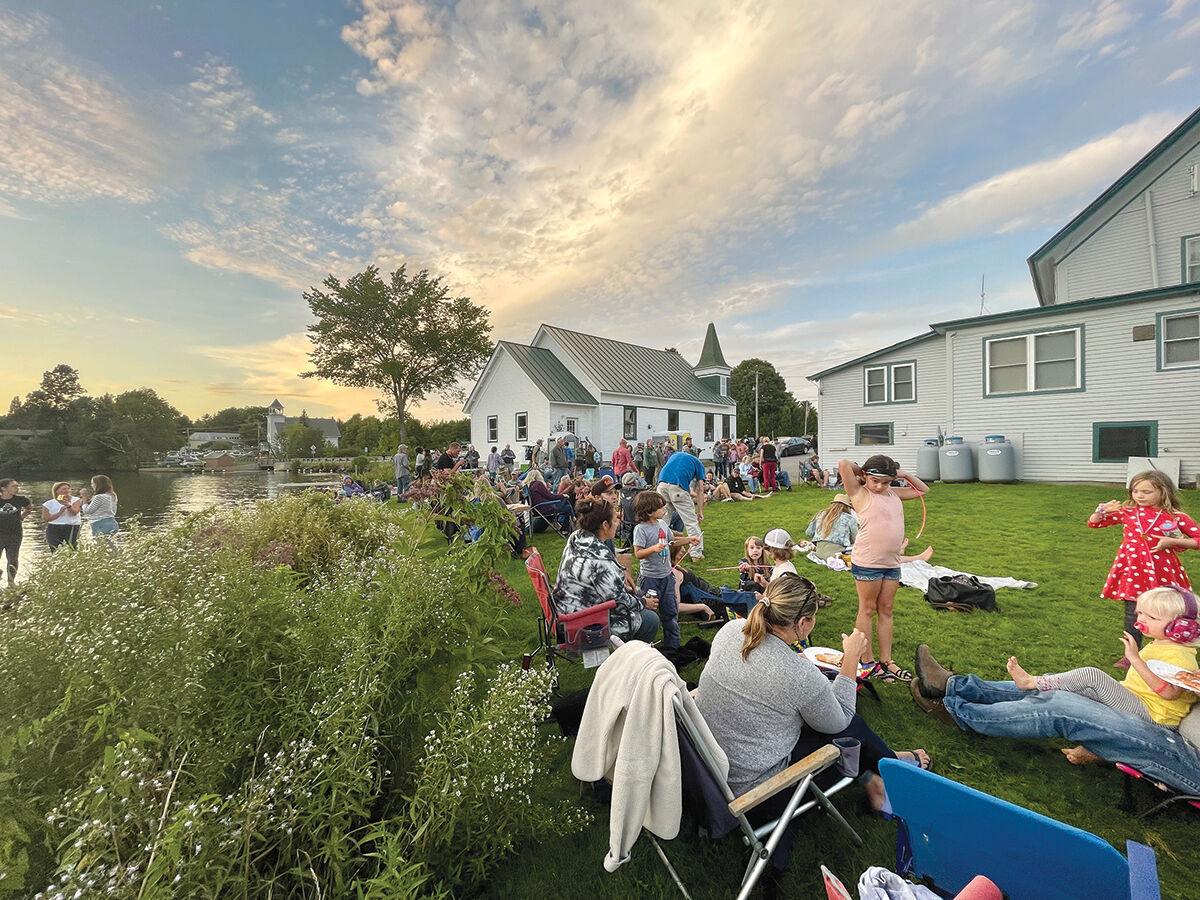 Revelers spread out along the shores of Lake Elmore Saturday to catch some tunes played from the back porch of the Elmore Store. The music was part of a Labor Day celebration that included a bike ride, a block party and fireworks. 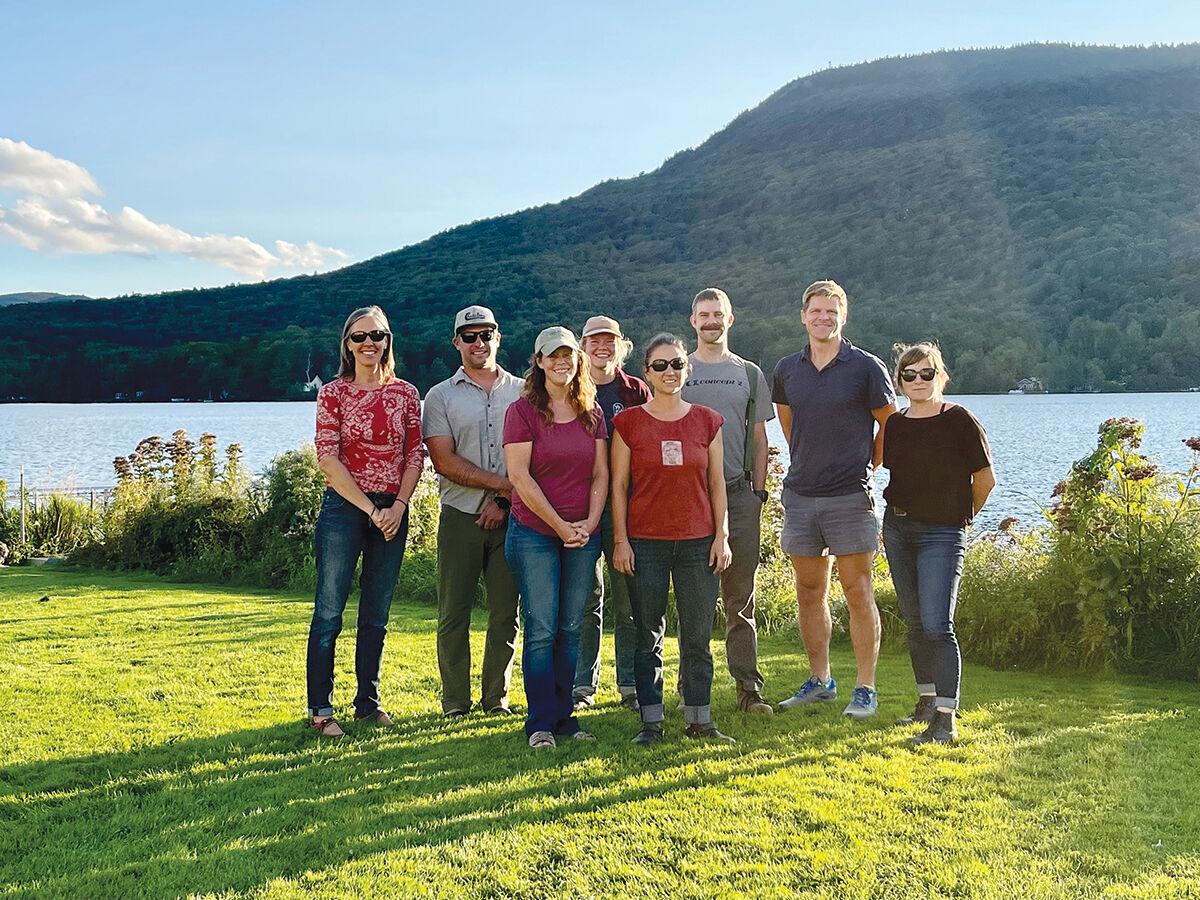 The Elmore Community Trust board along the shores of Lake Elmore. The organization is poised to purchase the Elmore Store and rehabilitate it and steward its continued existence under new management. 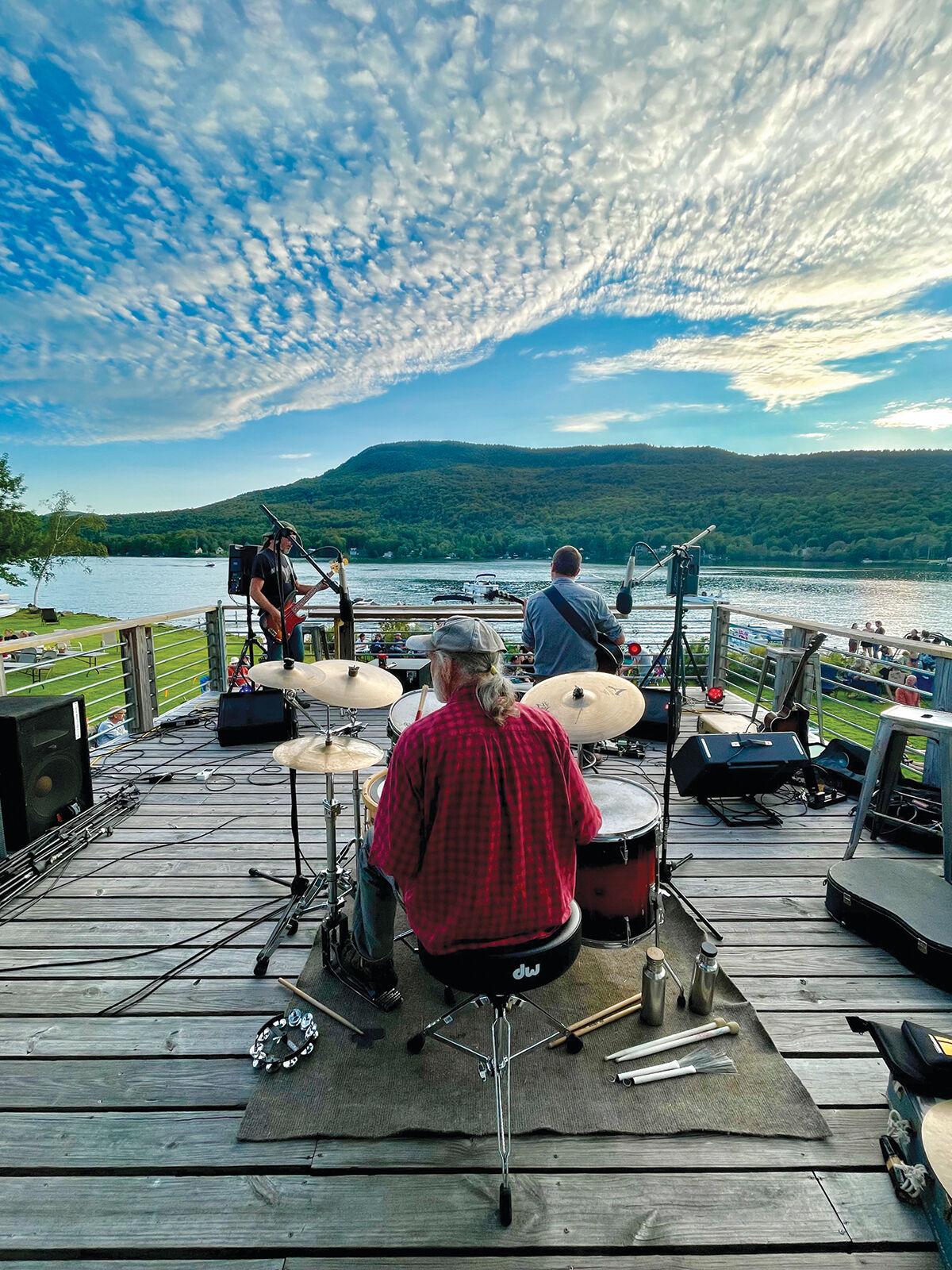 Music by the Eames Brothers Band was part of a Labor Day celebration that included a bike ride, a block party and fireworks. 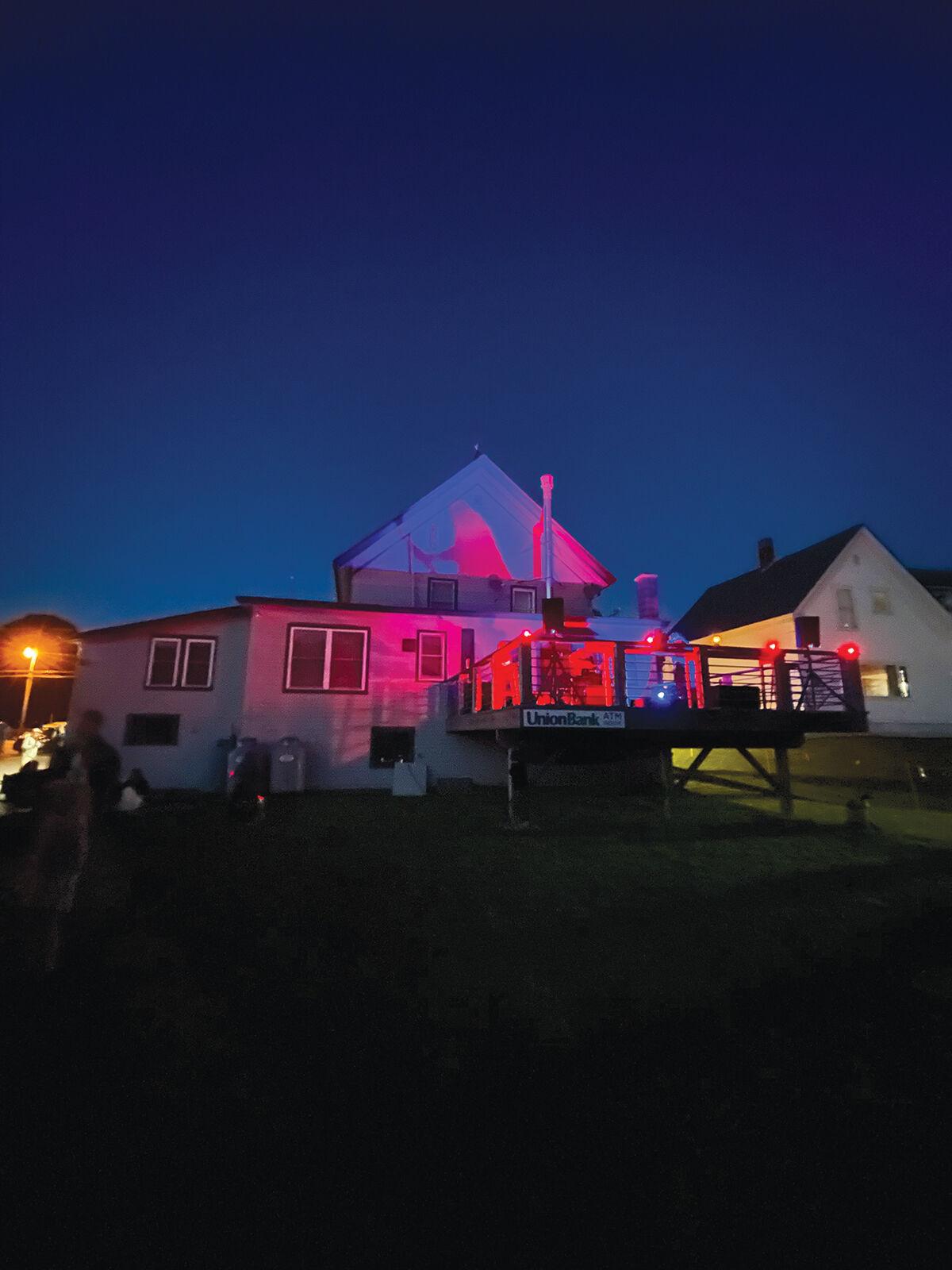 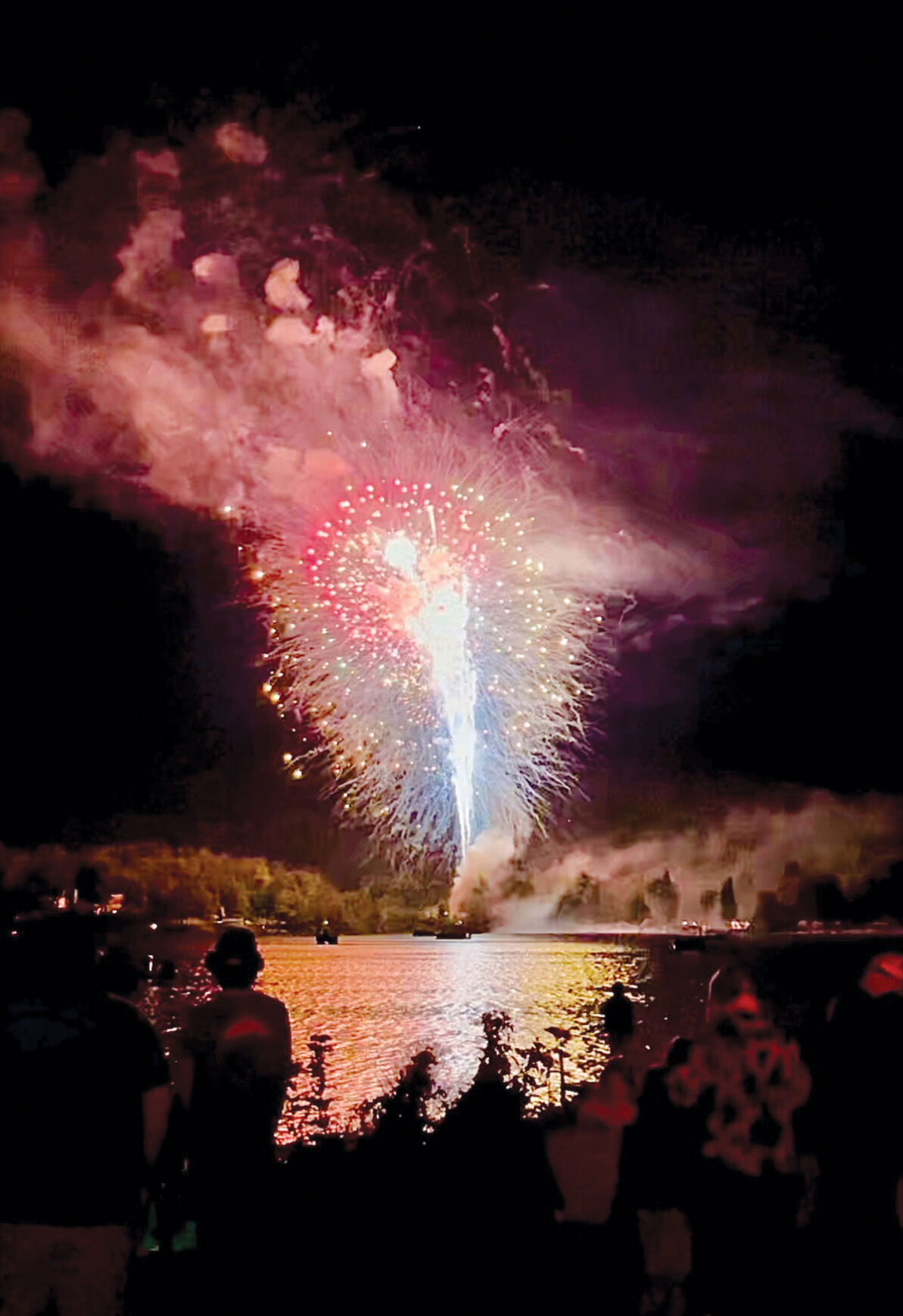 Revelers spread out along the shores of Lake Elmore Saturday to catch some tunes played from the back porch of the Elmore Store. The music was part of a Labor Day celebration that included a bike ride, a block party and fireworks.

The Elmore Community Trust board along the shores of Lake Elmore. The organization is poised to purchase the Elmore Store and rehabilitate it and steward its continued existence under new management.

Music by the Eames Brothers Band was part of a Labor Day celebration that included a bike ride, a block party and fireworks.

Sometimes it takes more than just a village to keep a village store operating into its third century — it takes a dedicated group of conservation-minded people and a whole lot of money raised from the community.

That’s the case with the Elmore Store, which has been operating continuously since the early 1800s on the shore of Lake Elmore.

Now, the Elmore Community Trust is poised to make sure the store is as immutable a fixture as the lake and mountain.

Trevor Braun, secretary for the trust’s board of directors, said last week that current owner Kathy Miller is about to hit the 38-year mark of owning the store, the last year by herself. Her husband and unofficial mayor of Elmore, Warren, died last year.

Braun said it’s not likely another couple like the Millers would come along any time soon.

“Owning the store and the building outright seemed like too much to take on for any operator,” Braun said.

Jon Osborne, another board member, said the trust is closing in on acquiring the store from Miller, hopefully by the end of the year, the culmination of a roughly $400,000 fundraising push started two years ago to buy the property and hire someone to run the store year-round.

The goal is a seamless transition from the Millers to the trust, with the store — and attached post office and pizza place — not missing a beat.

Braun said, as the only commercial business in the lake town, it became a lifeline during the pandemic for the community who didn’t want to venture into Morrisville or further afield for essentials.

That $400,000 is only a portion of what will end up being a seven-figure project. Osborne and Braun said people both near and far with a soft spot for the old store have donated money, but the project has also come to the attention of various government and nonprofit entities.

In addition to seeking out grants, the trust found a generous benefactor willing to match, dollar for dollar up to $35,000, any donations toward the cause. Over the weekend, the group helped organize a Labor Day celebration with bands playing on the back porch of the store, and revelers listening from the back lawn or from boats on the lake.

“Success begets success,” Braun said. “This will help us push through the last little chunk.”

Added Osborne, “The last little chunk before the next one.”

That next chunk will be raised after a new operator — the trust has found the right person but isn’t ready to reveal who will run the place — is at the helm, and after the group makes much needed repairs to the place.

Initial repairs include a new septic system, a public restroom, a new heating and cooling system and upgrades to the walk-in coolers and post office. Later repairs will be more hidden, but will be important to the structural integrity of the building, to “keep it around for another 100, 200 years,” Braun said.

Osborne added to the list the town of Barnard, which has a similar lake-town vibe as Elmore.

Blair Marvin, proprietor of Elmore Mountain Bread and president of the trust, said it was almost two years ago exactly that she “felt a sense of urgency to engage” with the Millers, as Warren’s health was failing, to see if there was a way the town could help carry the store into the next generation.

Marvin said Kathy, despite having lost her partner of 41 years, has been clear-eyed and focused on keeping things running — Osborne said the couple was “110 percent” on board with selling to the trust.

“Her strength through this has been incredible, and just blows me away,” Marvin said. “If I could be half as strong as her, I’d be proud.”

The Elmore Community Trust has signed an agreement to purchase the Elmore Store.